Dauntless is changing how the game is played wholesale with its Reforged update, replacing Pursuits and Patrols with the Hunting Grounds and adjusting how characters and equipment progress. Those progression systems were the focus of a rather beefy dev blog that talked about the new Slayer’s Path and the new reforging mechanic.

END_OF_DOCUMENT_TOKEN_TO_BE_REPLACED

Character progression will be managed via the Slayer’s Path, which has a main route up the middle with Milestones and side paths that branch out into various trees. These trees unlock a number of things, including different hunt islands for several of Dauntless’ game modes, weapon mods, passive bonuses, and certain gameplay features. Unlocking nodes requires both Rams and Merits, the latter of which is earned by completing bounties, turning in certain quests, opening patrol chests, conquering island events in the Hunting Grounds, or earning Mastery levels. 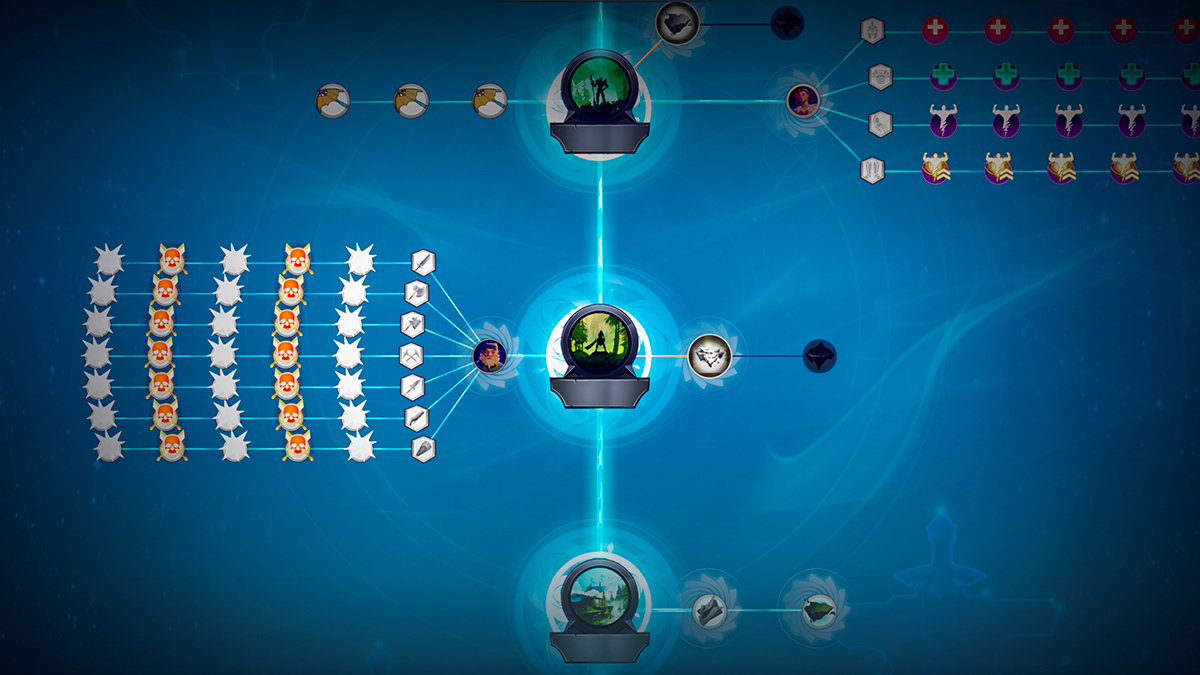 As for reforging, this is associated with a new tier system for weapons and armor, replacing the 1-15 gear level system with a tier system. This should make newly forged weapons useful right away, since a crafted piece of gear will hit an appropriate power score for a player’s situation. A greater part of weapon power will come from weapon skill level, which is basically an XP bar for weapons. Earning weapon XP is done by slaying Behemoths and completing bounties, and weapon skill levels can hit a maximum of 20. Until they’re reforged, that is.

The reforging process sounds on paper like a bit of a chase: Players first have to collect enough aethersparks from things like island events, patrol chests, the Hunt Pass, or they can be purchased from the in-game store. 100 of these aethersparks are combined into an aetherheart, which lets players reforge their weapon, resetting its weapon skill level to one and resetting its power and resistance bonuses but adding a reforge rank as well as progressing forward on a special Empowerment branch of the Slayer’s Path that adds passive bonuses to all weapons.

Finally, there’s the power surge mechanic, which lets players permanently push a weapon or piece of armor to its maximum potential, improving an item’s power, perk, and unique effect benefits. Power surging is a permanent boost that cannot be reversed, can be done only one time, and can be performed on even legendary equipment.

The whole system is pretty involved, so Slayers are encouraged to dive in to the blog and read up on the matter.

Trove’s new Bard class is live on the PC servers with...

Astroneer is adding a hoverboard, new vehicles, and new missions this...