Yes, in case you missed it, Pokemon Go’s Go Beyond update is live. My preview piece was updated right up to the release, so if you’re not sure what all the hubbub is about, feel free to give it a once over. The big points are the new level cap (50), XP retuning, Seasons (both in terms of nature’s seasons and PvP seasons), and new Pokemon… and more that’s yet to be revealed.

However, Niantic didn’t let the cat all the way out of the bag. Almost immediately upon logging in, I noticed a few surprising additions I’d like to go over, as well as give my overall impressions of the new content and possible things to look out for in the days ahead. 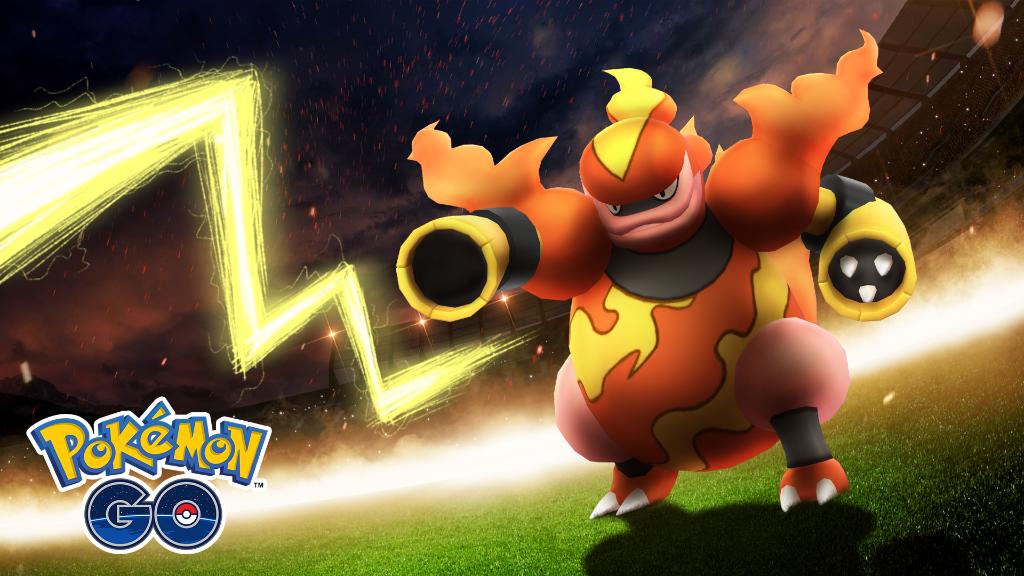 It’s OK to be flat

I want to start out by immediately addressing some concerns veterans have expressed about the new cap and XL Candy. One of Pokemon GO’s strongest points is its flatness. There are plenty of options to help boost low-level/new players. With recent raid experiences, I’m remembering how much picking the right pokemon counts compared to just bringing whatever the game gives you. Low-level players who remember their types and specific pokemon strengths have helped me tackle raids that max-level players without a clue almost cost me.

The main difference is the resources we have available as vets. Yes, maybe you spent a lot of dust on a certain PvP pokemon that’s now not the best of the best, but you did get some value out of it. Now, your mileage may vary, but as an MMO vet, I also know to be very careful about using rare items (like Elite TMs) for niche parts of the game. I do feel for people who aren’t used to it, but for the health of a game, flatter is better. Accessibility is king. The worst thing a developer can do is cater only to vets and marginalize new players. Niantic has been quite good about this, and it’s one of the reasons I still feel like I can recommend the game even after it’s been out for four years. 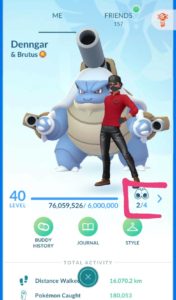 For those who weren’t playing when the update went live, know that online players received a glitched medal error. Upon relogging, we’d noticed our XP bars had returned and that we had a quest icon on our profile page that led to the new level up quests.

This was when new medals, such as for using lures to help others, went live, along with platinum medals, both of which were retroactive. What was more exciting, however, was how several medals gave additional bonuses on top of the old ranks. For example, the Fairy-Type medal (and all other type-based ones) give a +4 catch bonus instead of gold’s +3. Looking at the formula, I think it probably isn’t the biggest buff, but it’s something. The rocket medals also translate into more balls when catching shadow pokemon, which is much easier to appreciate.

That’s not all, though. Buddies got a bit of a boost. While you previously only got one heart/reputation with a buddy per day for battling with it (two when “excited), that bonus is up to three hearts (six when excited). That should make the grind easier, but that’s not all. The new bonuses plus reworks under the hood found by dataminers have made getting “excited” much easier. My buddy Brutus already has his reputation with me at max, so I admittedly neglect him a little. However, with little effort compared to how well I usually treat my reputation grinders, he became excited.

Now, this is significant for a few reasons. First, the excited state makes it easier to generate candy, which was the original use for the buddy system. I’d argue that so much is tact onto that now that only focusing on that feels short-sighted.

Second, though, is that candy generation from walking is also tied to Mega-Energy. I recently discussed how this addition didn’t feel like it did enough for Megas. That hasn’t changed, but this does make that generation easier. Cutting the walking distance in half means it’s easier and faster to regain lost energy. I was recently looking at how walking distance might affect Megas and how Mega Pidgeot would be particularly useful partially because its energy/use ratio is one of the best in the game. This change actually could make the system easier on the user and allow for more frequent use of the feature. Again, this is not a fix and doesn’t address player concerns, but we may slowly be coming to a place where the feature is easier to swallow. Ol’ Brutus may be coming out more often.

But wait, there’s still more! The excited state also means it’s easier for people to grind reputation with pokemon they like without needing to resort to premium items or figuring out the obtuse excited system. This means that if you suddenly find an upgrade to a pokemon you’re already buddies with (especially in terms of megas), it should take less than half the current amount of time to get there. That’s a huge improvement, and I have to applaud Niantic on making this change.

Finally, let’s talk about XL Candy. Again, remember what I noted about flatness. XL Candy prevents vets like me from suddenly dropping an even bigger and fatter Blissey into gyms to torture players with unless I really put in the resources. I could, but it feels like a waste. at 100 regular candy to 1 XL candy, it’s a big candy sink.

Worse is that XL candy isn’t exactly flowing like water. It’s certainly finicky. It’s not from every catch, it’s currently not from trades, and sometimes it happens from transferring pokemon. Pinap berries won’t give it to you or double what you get, but sometimes (even without the pinap), you’ll get two or three – if you get any at all.

Out of numerous legendary raids (and runaway pokemon, ugh), I got only two legendary XL Candies. For the most part, you’ll need 296 XL candy for a raid-caught, non-weather-boosted to reach level 50 (which is only about a 10% overall improvement from last I read). That’s 296,000 regular candy.

On the one hand, that means my perfect Mewtwo isn’t a perfect monster once again right out of the gate. However, that also means I have a reason to keep raiding with new players. I had honestly lost a lot of motivation with certain legendary pokemon because I’d gotten a good/perfect one fast and had rare candy to burn on them. Heatran was one of these Pokemon: I got a perfect one after very few raids, and it was weather-boosted. The shiny version didn’t appeal to me at all, so I often declined offers to assist with it and never sought it out. Now, though, I’d be more than willing to go out and help with it.

Update: It also appears that several pokemon now give additional stardust when cost. This should help a bit with raising pokemon to their max level, in addition to gym pokemon granting three times more stardust when fed. 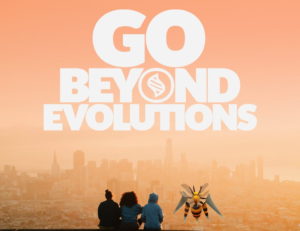 For Day 1, things went rather well. You’ll notice I didn’t mention anything about server outages or massive lag. Niantic even eased up on some of the harsher level-up requirements we’d seen. The bonuses on top of medals is something a few people might have assumed, but the easing up on the buddy system not only makes it more useable but buoys the Mega Evolution system a bit more. Again, I’m usually not very thrilled about lifting a level cap, but quality-of-life changes have been fantastic, and the advanced ways to level up and raise pokemon have given me some motivation I’d lost out on.

Some things, like the 30 raids requirement, may seem like a cash grab, especially with boring old Espurr as the “mystery” pokemon. However, the release does overlap with the Lake Trio, legendary pokemon that are region-locked. Niantic allowed remote passes to work for these, so I was motivated to get even more so I can potentially spread them out to my local community. That’s both a strength and a weakness, as it bolsters online play and also, weirdly, local play, depending on the players’ social circles and achievement drive. That, in turn, makes me wonder how future content will handle this new remote/local divide the game is seeing. I don’t think the devs can just start making local content like their AR puzzle, as that really draws attention to players and can be really uncomfortable for introverted players. That seems as if it would go against the design advice they put forth this summer, though arguably they already haven’t followed that.

More immediately, though, I’d watch out for converting your regular candy into XL Candy. Unless you really need to be the best like no one ever was, I’d hold back on conversions in case Niantic tinkers with the numbers – or maybe even adds quests asking you to convert.

Niantic’s given some good surprises and twists with this update, and we know there’s more to come. In fact, the same day the team gave us this update, Niantic also announced how the new PvP season works and dropped details on upcoming events, including the 2020 Community Days. Again, I’m usually not one to get easily excited, but it certainly feels as though Niantic’s ramped up content without completely alienating vets or newcomers.