So you know how Star Trek claims that it has a functioning futuristic society without money? Somehow? That’s made me overthink how Starfleet Academy works. My theory is that instead of taking out a student loan to attend, cadets have to pay off their debt by going on six away missions wearing red shirts. There’s a punch card and everything.

Here, Cadet Sleepy isn’t thinking of any of that. Probably is just concerned with grabbing a to-go order from Space Starbucks and running to the first class of the day (Technobabble 101). 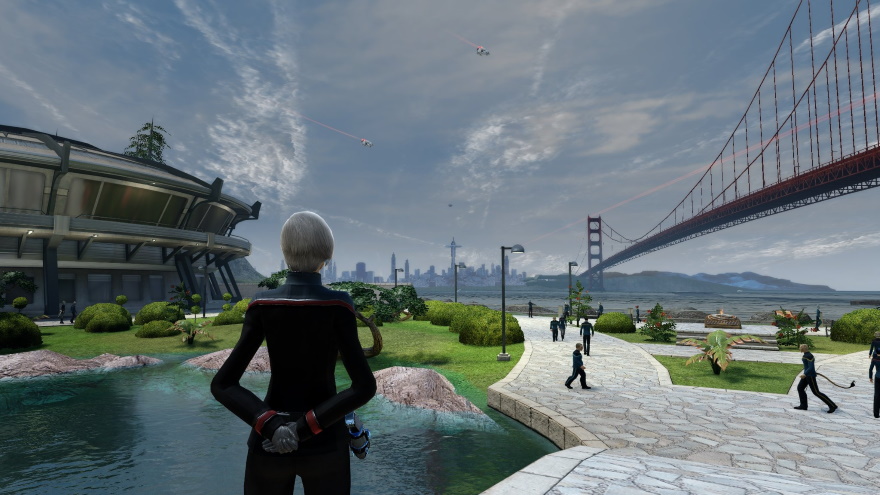 Hikari is giving into the logos and marketing of Star Citizen… its in-game brands, at least!

“It would appear that in the year 2950, we’ll still be in the death throes of late-stage capitalism. (See what I did there?) So, head on down to Whammer’s for some delicious Ermer Family Farms Ice Cream!” 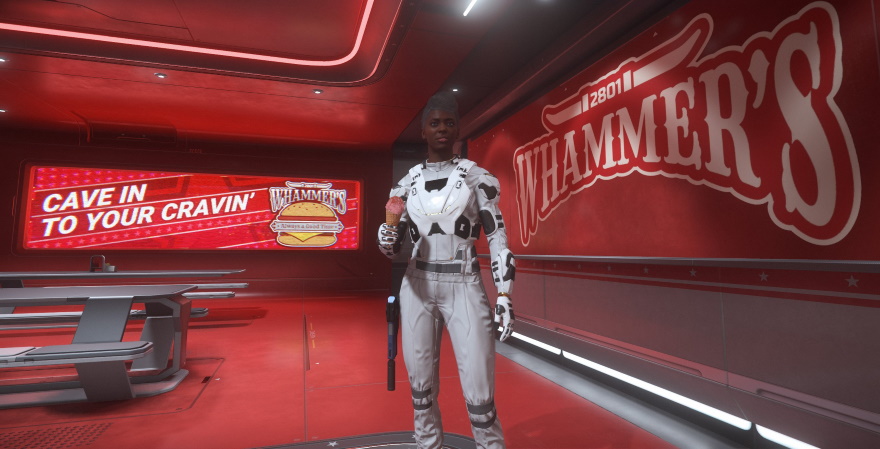 “Here I am preparing for a journey in Elder Scrolls Online,” said Mike Mike. “Sometimes I wish MMOs still had RP-mode where all fast travel is disabled and I had to spend time reaching some remote towns etc. There could be caravan systems that we buy something in one town and sell in another to make traveling not wasted time.” 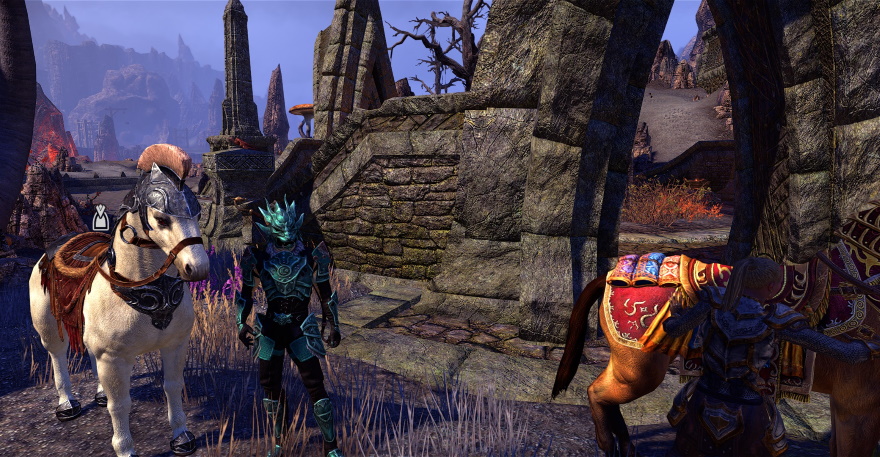 Vincent is proving in Final Fantasy XIV that just because you are small doesn’t mean you can’t hang in there with the best: “The hilarious failure depicted here goes to the poor Hyur in the background who underestimated the endurance of a particular Lalafell when it came to drinking games. pfft. Never judge one by their size, indeed.” 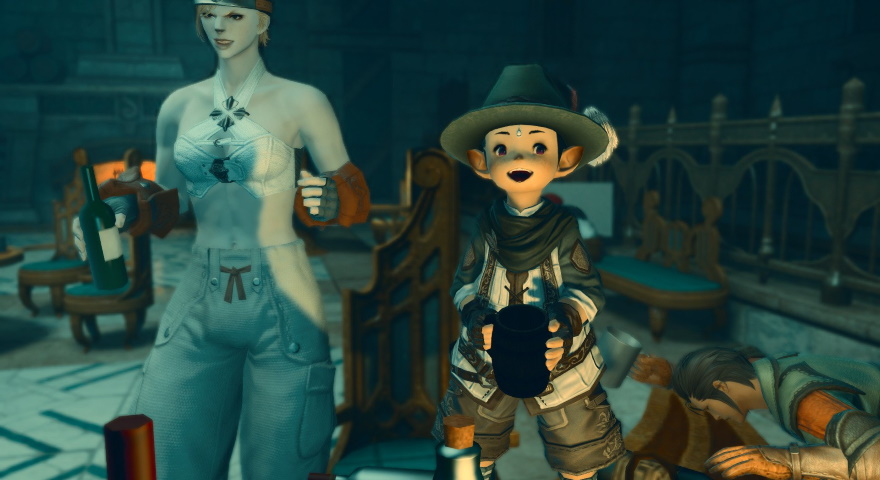 And Lucky Jinx is taking us on a trip to World of Warcraft’s afterlife with the “golden pastures” of Bastion. Sure, it looks pretty and everything, but the whole area is a series of floating rocks without any safety rails. It’s a good thing you’re already dead. 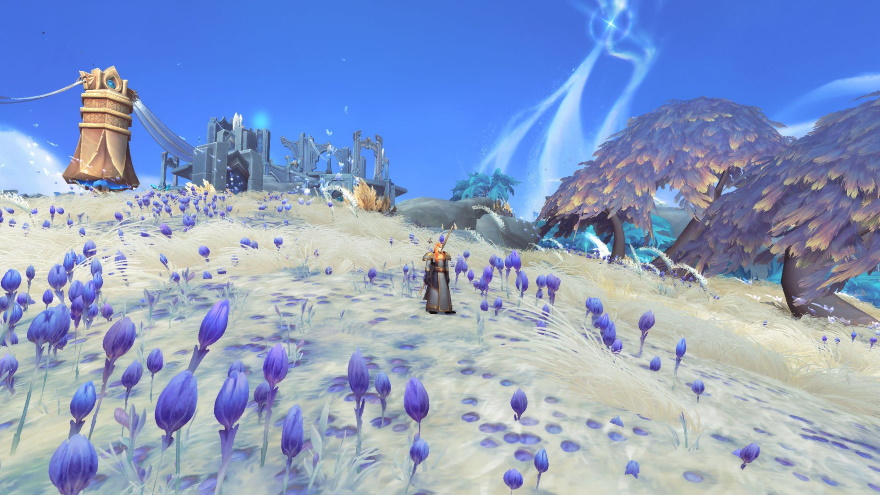 Here’s a fun screenshot challenge for you: Go back to the first two months of the year and see if you can show us what you were doing and gaming in January and February 2020. Remind us of the before times!

I don’t keep old screenshots for long, this is the earliest screenshot i have and it’s from june, my hobbit hunter is going to Bree.

I’m not a big screenshot taker overall, and tend to only take screenshots in LotRO when I do take any, but I looked through my folders and found the following:

Jan – Apparently I created my Guardian in Black Desert mid-January. Still haven’t played her a whole lot.
Feb – Seems I was doing rep dailies for factions in Rohan to rebuild Hytbold around then. Main screenshots are from some of the places those quests send you. A couple of the better ones are shown here.

I wasn’t very active in One Shots in that time frame.

I was probably playing ESO, I doubt Wolcen was out by that point, maybe I dabbled in GW2, maybe WoW, but I was definitely hardcore ESO then.

I bought a new PC and sadly, having difficulties finding my old screenshots, so…this is all I got.

This article shames me every week when I forget to take screenshots. Now I feel worse, as I have a whole year of screenshots I didn’t take. I gotta start recording my journeys.

What does one do when snow is likely to keep you stuck inside for the bulk of the week?
Roll up a Not-So-Dark Lord of the Sith.@SWTOR pic.twitter.com/xbnxu2oydK

I had to look back through the WRUPs to see what I was playing and it all came back to me….I was working my butt off and had little gaming time.

I played some Wolcen and CoD:MW <- those short multiplayer battles fit the time I had available. I would come home hit like a few CoD games and then knock out.

I went back through my phone and looked at the last pics I took pre pandemic and next pic post…..it shows what was important to me at the time I guess.

In January-February 2020, I was grinding Firelands raid in WoW to obtain the legendary Pureblood Fire Hawk. It took me 10 months altogether before I got it. I was there killing Ragnarok every single week with 7 characters. The feeling of achievement was quite unreal when it finally dropped. So, for the challenge, I paid one last visit to the Firelands, roasted some old buddies and, eventually, stopped by to say hi to Ragnarok himself too. He did not appreciate my gesture, so I had put him down— again.

Ragnaros, not Ragnarok… One of these days I’ll get my post together on first try lol

I’d started a new character in Neverwinter, and so was revisiting some favourite questlines from the early game, like this encounter with a wererat vendor who would rather not be killed by a passing adventurer when he can sell her some healing potions instead. it’s a very funny scene.

Thinking about it this screenshot is just full of unintentional foreshadowing. The story arc is called The Plague Tower… and my Rogue is wearing a face mask.