Boy, remember a thousand years ago when all of those Chuck Norris jokes were everywhere on the internet? Well, either Wargaming is late to that party and isn’t aware or it’s looking to make them come back as World of Warships and World of Tanks are starting their respective holiday festivities. And Chuck Norris is invited. Or perhaps he invited himself.

END_OF_DOCUMENT_TOKEN_TO_BE_REPLACED
Specifically, World of Tanks will be host to Norris as part of the game’s Holiday Ops 2021 event, featuring a new festive garage, the return of the Snow Maidens, and a series of 32 missions known collectively as Chuck’s Challenge, with rewards that include a special vehicle slot for Holiday Ops that lets players choose their own bonuses and the addition of Chuck Norris as a tank commander.

Over in World of Warships, update 0.9.11 has added an advent calendar for players to open, introduced new Winter Trophies weekly missions, and moved several US battleships out of early access including the Tier IX Minnesota and the Tier X Vermont. There’s also information about the next upcoming update 0.9.12 as well, which will add a new Japanese battleship, two temporary New Year campaigns, holiday Snowflakes that can yield various rewards, and three free New Year’s Gift containers. 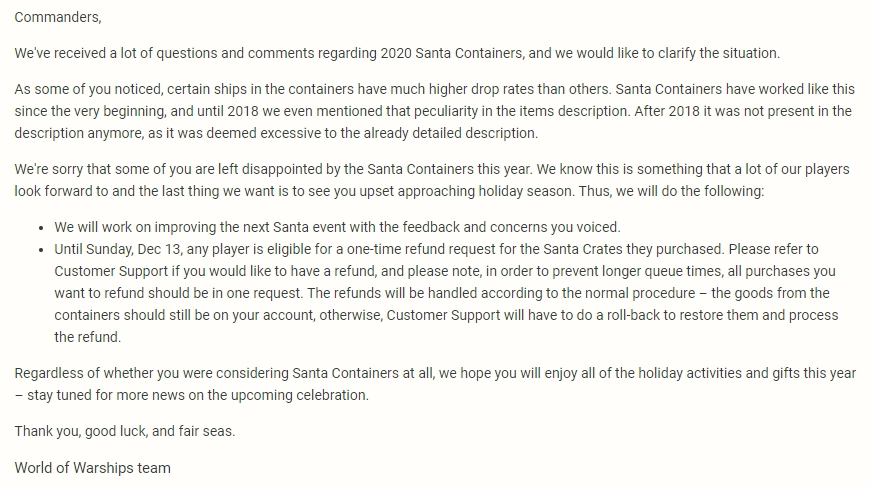