I’m not sure that this week has fully inured me to Fallout 76, but I will say that things were starting to come together a little bit more this time around. This week, as the title would lead you to believe, was all about completing quests, and while the setting and some of the gameplay still hasn’t really hooked me, the simple joy of moving along the Appalachian wilds in search of quest completions and neat stuff to do was enjoyable.

As I’ve mentioned before, one of my favorite things to do in Elder Scrolls Online was simply walk around and find some neat side quests to do, mostly before any main quests. So it was with my time in Fallout 76 this week, as I walked in the general direction of my secondary objectives from Duchess, turning to the left and right as I neared other quest lines that were in my laundry list. 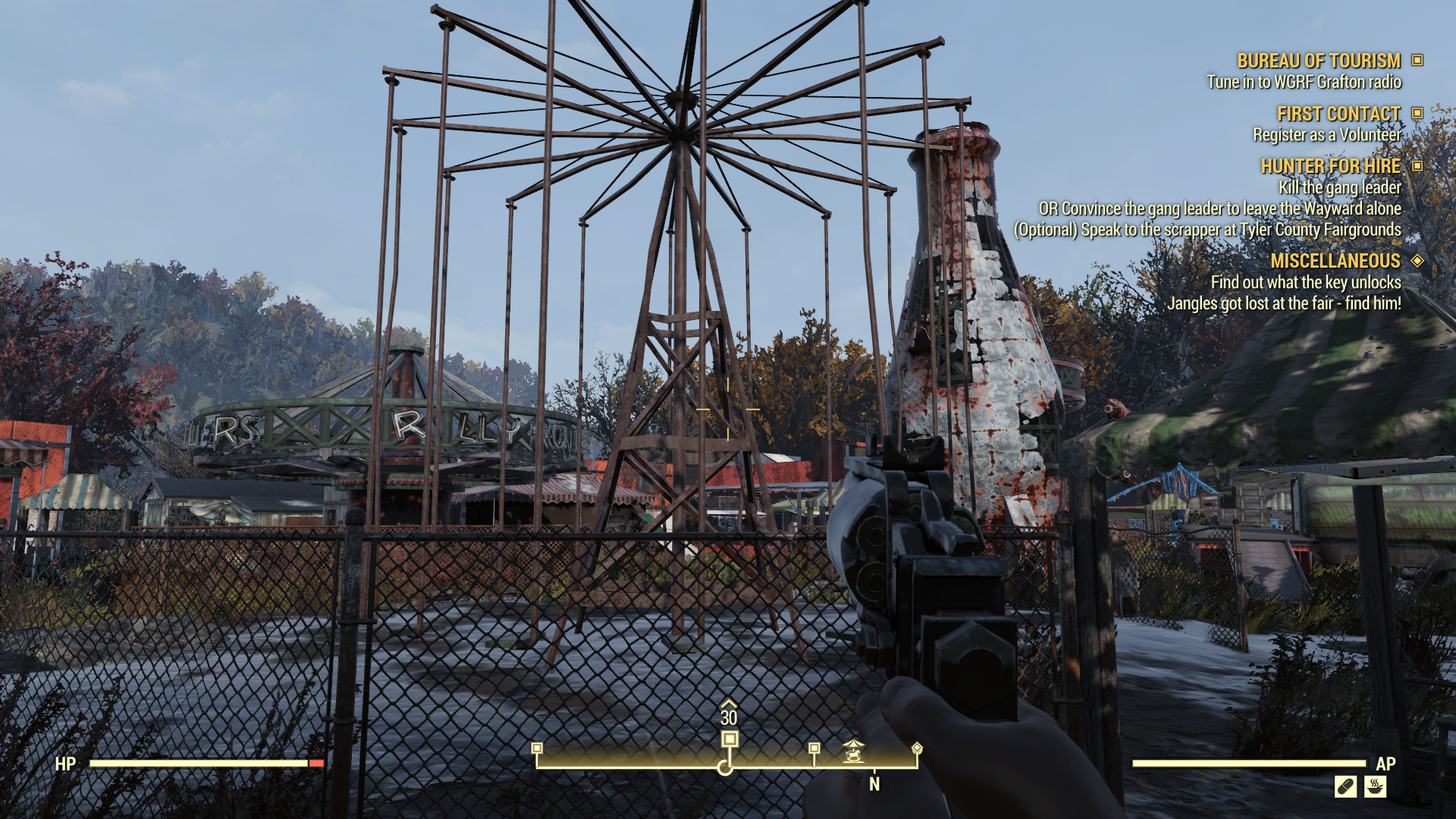 The wisdom of the playerbase was absolutely spot on in regards to those secondary quest objectives, incidentally; picking up the details from both the park and the farm were pretty invaluable when the time came to move ahead to the main event. Along the way, I managed to locate the vendor who handed me my free Shelter, located a random event that I’m pretty sure I had no business peeking in to (considering I died a couple of times — Super Mutants hurt a lot), and found a station that I activated to get a boost of XP, building plans, as well as starting some sort of event, apparently. An event, I might add, that I’m pretty sure nobody else took part in, self included.

In addition to the random events that I either cleared or tried to clear, there were some interesting encounters as well. I ran into a bunch of cultists of some sort. A level 30 Scorchbeast decided to patrol the skies as I was en route to somewhere. And then there was a warning of a nuclear weapon launch which caused me to kind of panic run for ultimately no reason as the nuke detonated well out of my area.

As I marched along, I started to get a little more acclimated to how combat in VATS is meant to go, especially since I have a three-star PERK card that effectively increases my accuracy if I focus fire on a specific body part. This felt equal parts useful in some fights and hilariously pointless in others; the aforementioned Super Mutants apparently don’t mind being shot increasingly in the head, while Ghouls wilted under a single shot. And that was when both foes were even level. I’m guessing I’m missing something that determines enemy strength above and beyond character level. Armor, more likely. Or in the case of the ghouls, a lack thereof. 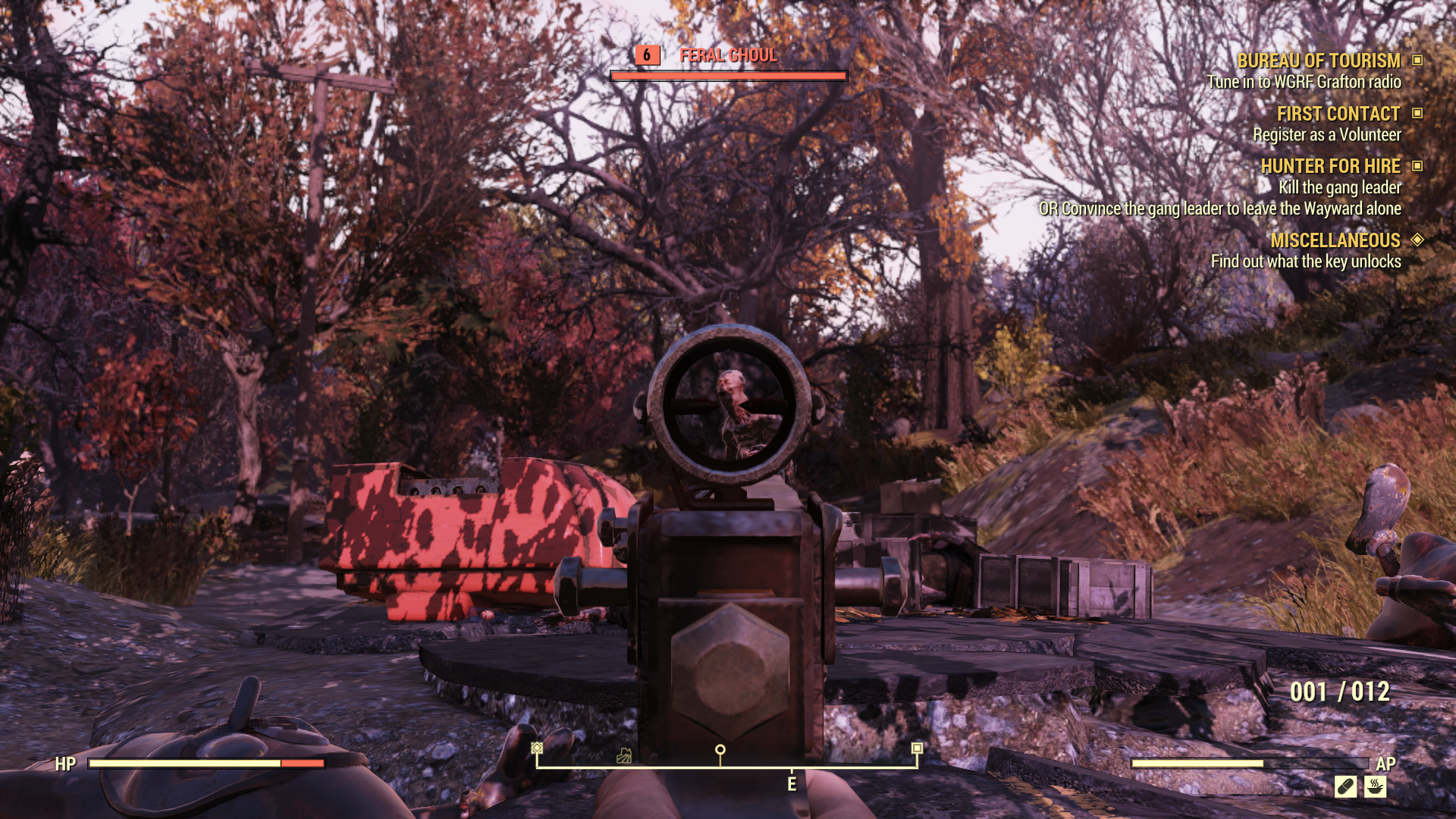 I also had this distinct feeling like aiming wasn’t really aiming. On more than a few occasions I’m pretty sure I peeled off a clean headshot only for nothing to happen, while other times I was ripping in to foes with relative ease. So either there was some lag, I’m even worse at FPS combat than I supposed, or there’s some Gygaxian dice rolling nonsense that determines whether an ironsighted shot to the nogging actually lands, which is supremely unsatisfying. This led me to use VATS more often than not, which was also unsatisfying due to it just being a sort of aimbot that collectively gets better the more times I fire.

So, yes, combat has been unfulfilling. The missions, though, have been. Fallout 76 certainly does seem to have a cast of characters in it, and I had a good time meeting nearly everyone I’ve met. Even the leader of the Free Radicals had a sort of charm to him.

I still blew his head off, though. 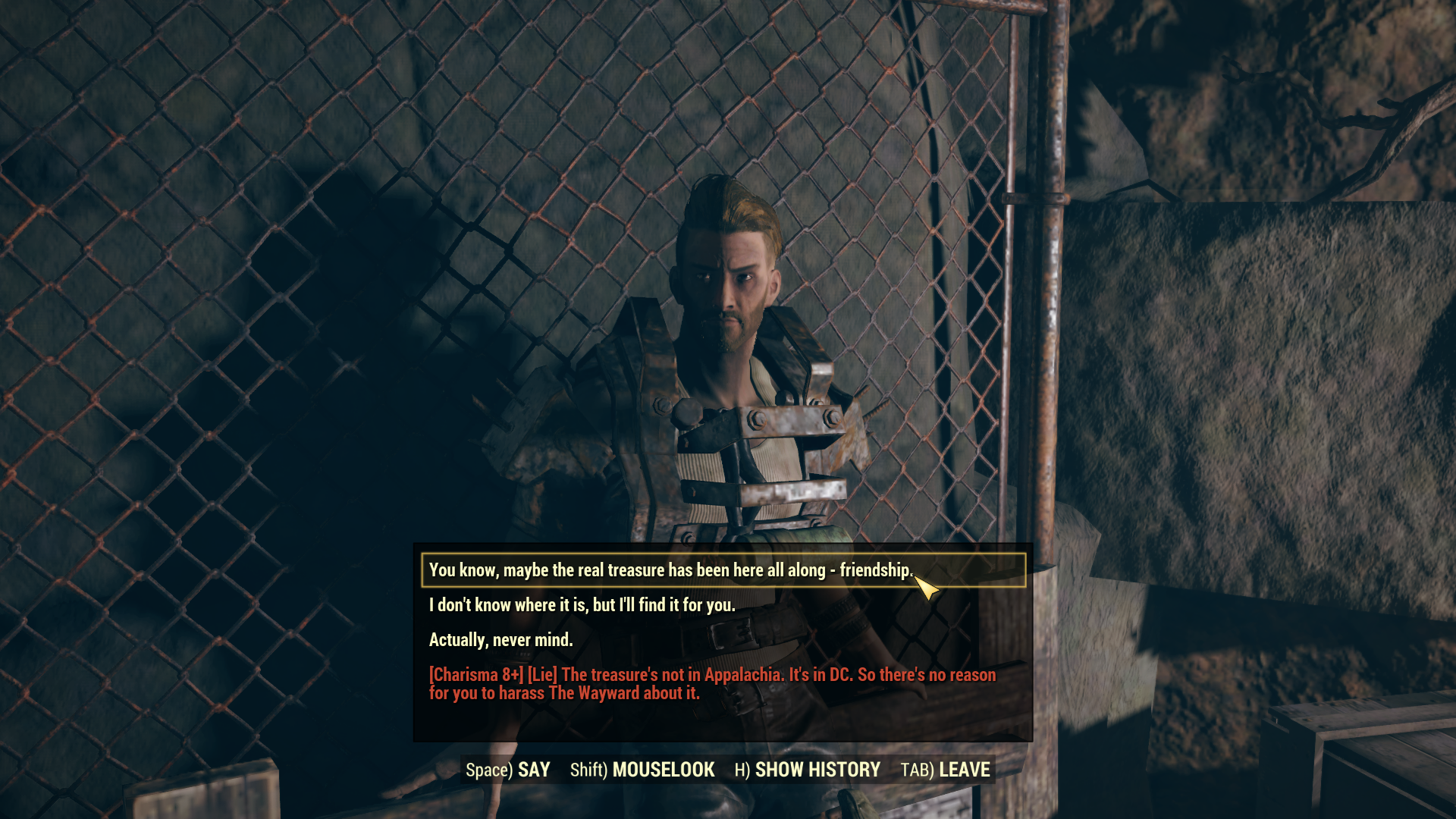 Using the intel I had gathered and the items I was gifted from the optional quests, I was able to talk myself in, shoot my way out of the leader’s hideout, and exfiltrate using stealth packs that made me invisible. It was nice to be given the option to take on this quest in my own way; not many MMOs allow for creativity in completing quest directives, even if it’s a fleeting bit of creativity. I assume there were a couple of other ways to go about it, but I think I ended up with the best possible outcome.

Also, I picked up some pretty nice loot while I was in the West Virginia Lumber Company hideout. Additionally, I was gaining lots of XP and levels, though that’s mostly due to the XP boosting event that was happening up until the 14th. I suspect that gravy train is pretty much over and done with when it comes to the next playthrough.

Speaking of that next playthrough, I’ve got a poll question to offer up. The Duchess has some new quests for me to follow, but there’s still that whole Overseer thing going on — or more specifically, a quest that’s telling me to join a group known as the Responders. I suspect I’ll try to do them both, but consider this question one of which direction to step towards first instead of choosing one over the other.

Which series of quests should I follow through with first? 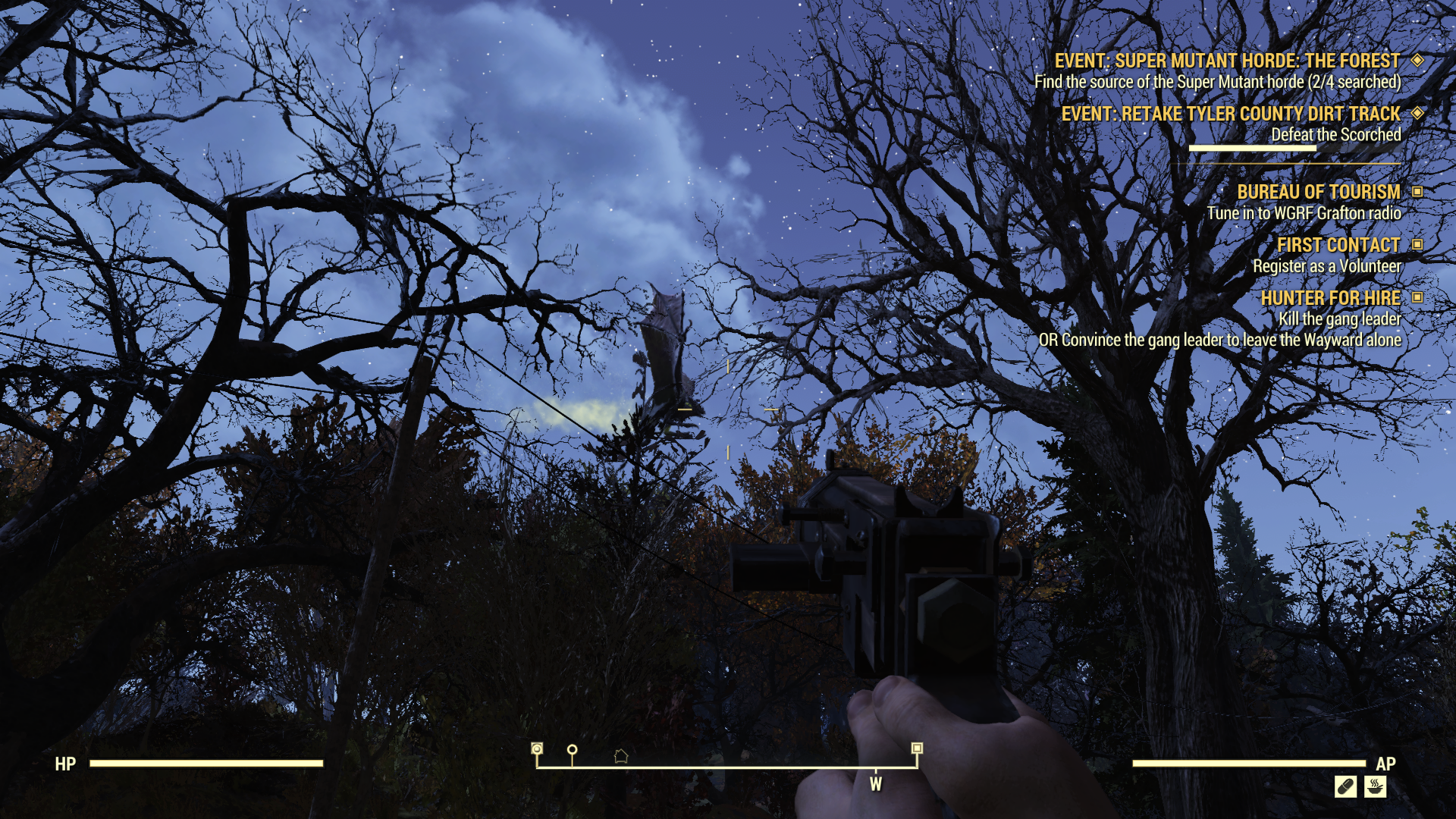 As before, this week’s poll will wrap up at 1:00 p.m. EST on Friday, December 18th. For the time being, I’m going to maybe do a bit more research on what parts of SPECIAL are good for a primarily VATS-using player. Or maybe I won’t. I’m not sure I’m going to be all that invested in my little Wastelander, even if she is cute.