We don’t just take screenshots of MMOs to impress each other but to cement memories that would otherwise fade away to the ravages of time. Capturing these moments is a good way to help us recall what we were doing back at that time… or, in my case, scratching my head and wondering where this was and what I was doing.

One hopes that Vincent will have much better recall for grand Final Fantasy XIV adventures, especially if they resulted in discovering vistas such as this crystalline setting. If you’re ever looking for a place with All The Colors, well, here it is. 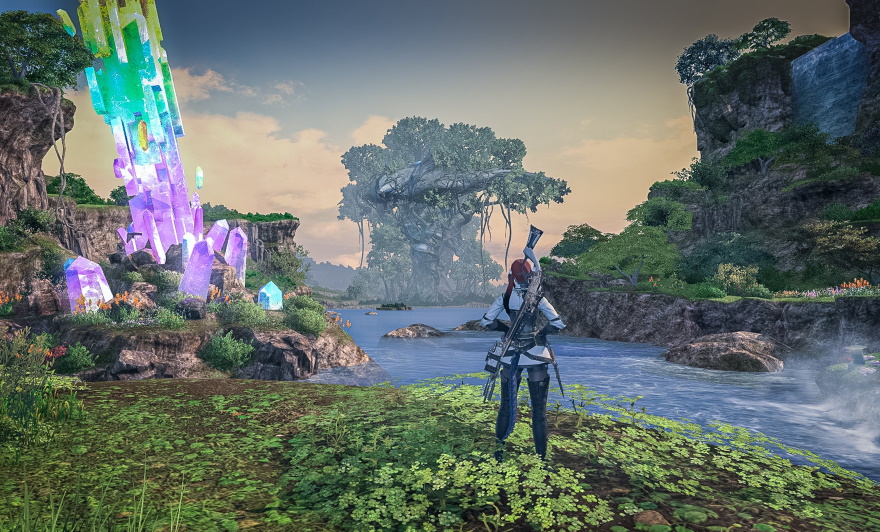 Last week’s challenge to take pictures high and low certainly brought out a lot of perspectives. IronSalamander8 gave superhuman effort with this one!

“I thought I had more shots of Atlas park and the globe after getting that badge on so many alts, but for City of Heroes’ Homecoming server, I do have this one mid jump on my Inv/SS Tanker, that counts for physical highest at least.” 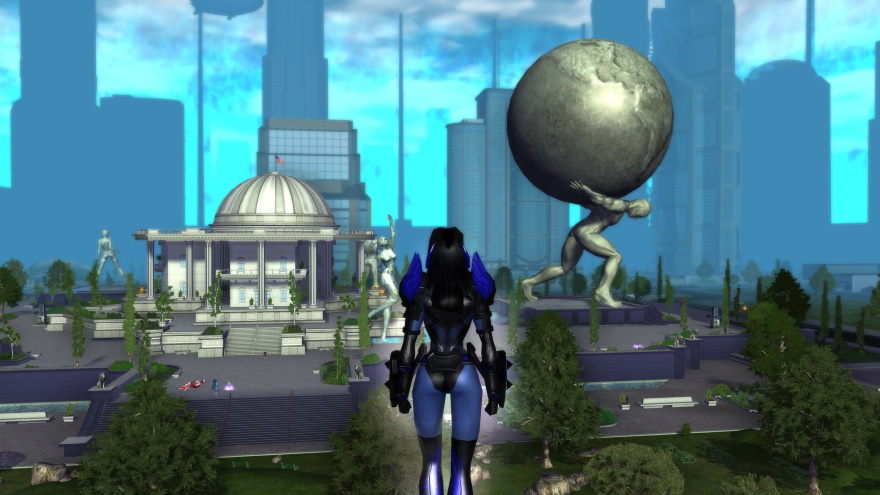 But if you want to go low, I mean real low, you’ll need to enlist the services of Ryuen the Dwarf in Lord of the Rings Online: “Hmm, highest would have been 2.8K LY above the galactic plane in Elite but as I can’t find a screen shot for that I guess we’ll go with lowest, and for that the depths of Moria would surely count.” 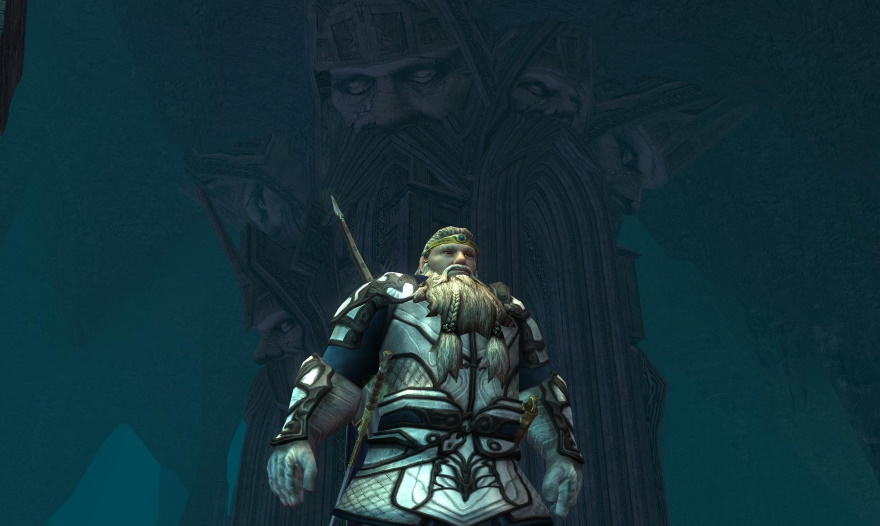 Sixuality gets my vote this week based on pun aptitude alone: “Here I am at the top of one of the towers of Overwatch Keep in RIFT. How did I get all the way up there? I guess you could say… I ascended.” 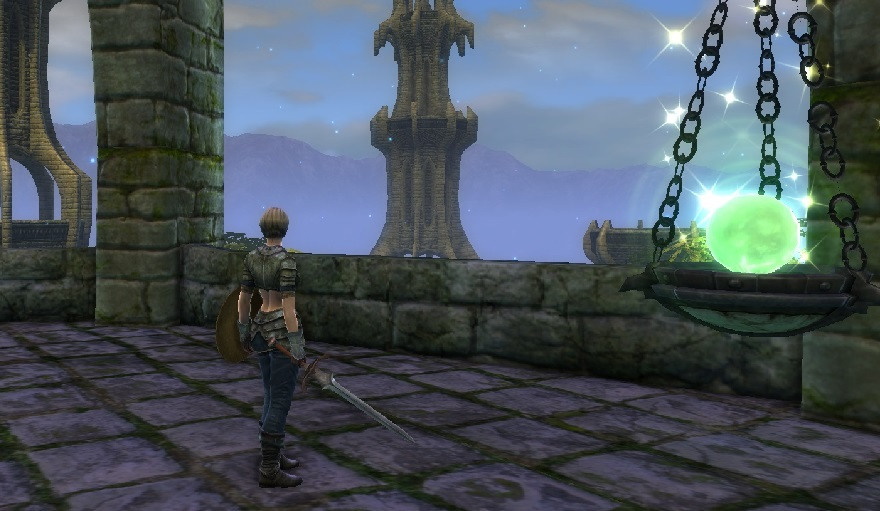 “Well, considering I play a bunch of space MMOs, I can get pretty high,” said Hikari. “And every game has caves and pits, so let’s go with the most delta. Star Citizen’s Cutlass in white wasn’t complete until I could make all the guns match as it takes us out to the black.” 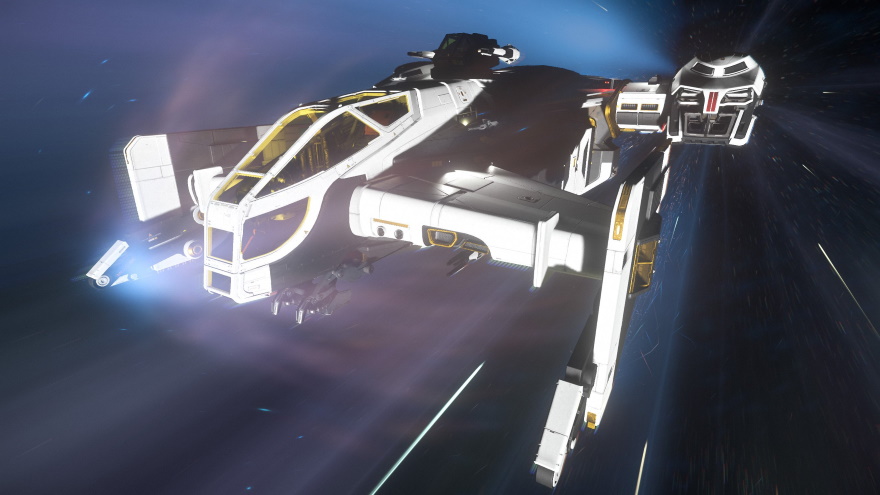 For this week’s screenshot challenge, imagine that a studio for your favorite MMO came up to you and asked you to contribute one picture to be used as the new game box art. What screenshot would make for a really good promotional pic?

I’m playing a game where a global flu pandemic has devastated New York and there have been widespread riots. I dress up in paramilitary gear with a modified assault rifle and wander the city shooting innocent people. And nobody’s wearing a facemask.

Awesome time of year to be in the atmosphere of this game.

The comparisons to our recent reality can make some get a different feeling from the story too.

It’s like seeing the same worlds through new eyes and noticing things you never knew existed that were there all along.

Enjoy it and revisit your ole fav spots for a new perspective!

Nice, I recently did the same thing, went from 1080p to a larger 1440p monitor. I would highly recommend getting a hardware calibrator for it, something like i1 DisplayPro, it’s very easy to use for anyone and it can enhance your enjoyment of the games (and viewing other type of content) and will also help you to know how your screenshot will look like to other people who have calibrated monitors (if you really care about that).

No MMO shots from me today as it has been the first week of Cyberpunk for me so I will share 2 shots of that. The 911 is mine, the police cruiser was borrowed ;)

Too lazy and too cold for screenshot challenges, we’re sitting this one out.

Thanks for the feature this week :) /blush

Can I shamelessly plug my FC’s quarterly magazine here loaded with screenshots?

I think I saw the previous edition of this magazine on /r/ffxiv sub. Pretty good work whomever did it, and happy holidays to you too.

Thanks! I did the design and layouts (with the help of Adobe) but it was a collaborative effort when it came to taking all the screenshots with folks in my FC :)

It’ll be a blue Christmas without you…

Here’s how to join the beta test for BetaDwarf’s ‘friendshipping’ MMO...