A community event to find “three kings” and photograph them in RIFT in the post-holiday season apparently sparked a degree of criticism and controversy over the last week. While some players happily went on the scavenger hunt, others felt that this was taking too much of the biblical Christmas story and injecting it into a fictional setting.

END_OF_DOCUMENT_TOKEN_TO_BE_REPLACED
In a response to the pushback against the forum event, Gamigo’s community manager defended the use of real world icons and concepts while pushing back against the controversy.

“If we were to leave out all real life events that happen, the pool of ideas for not only events but also game content would shrink a millionfold,” CM Samaxa said. “I honestly think you are all blowing up something for no real reason other than to blow it up.”

The team did say that it would “try to incorporate more of the RIFT lore into [its] events in the future.” The MMO is currently running a Budgie Madness event. 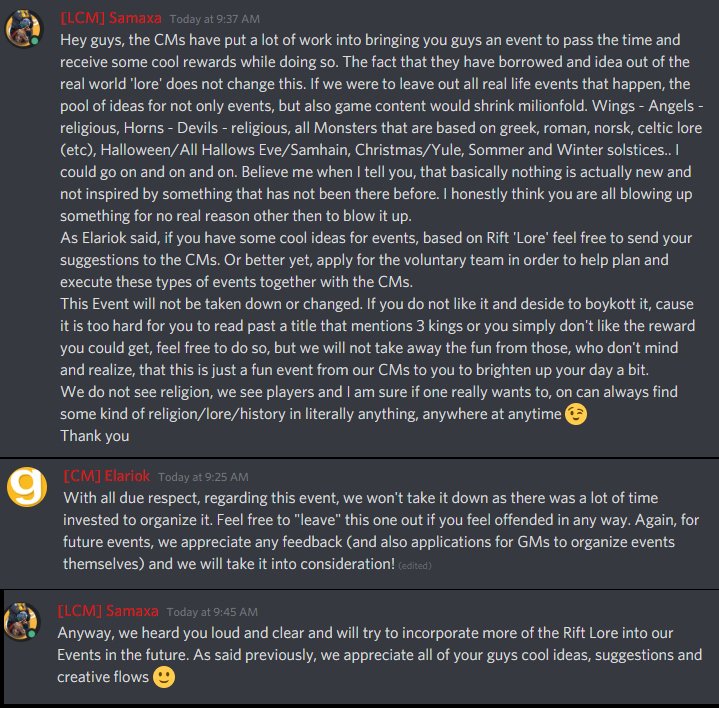