This was a close poll, but I am pretty happy with the choice to bring Witchcraft into my Auramancy and Malediction mage in ArcheAge unchained because boy howdy is this combination of skillsets a good time.

END_OF_DOCUMENT_TOKEN_TO_BE_REPLACED
Admittedly, I’m starting to work out that Malediction is my primary skill point focus, especially now that I have the Fury ability that ramps up the damage output of my skills, especially my much beloved laser snakes. That said, the shields that Auramancy has provided and the new Earthen Grasp skill that lets me lock down one foe while I burn down the other is an absolute delight. Also, the fact that Earthen Grasp can dish out a big tasty chunk of damage when its effect ends? Icing. 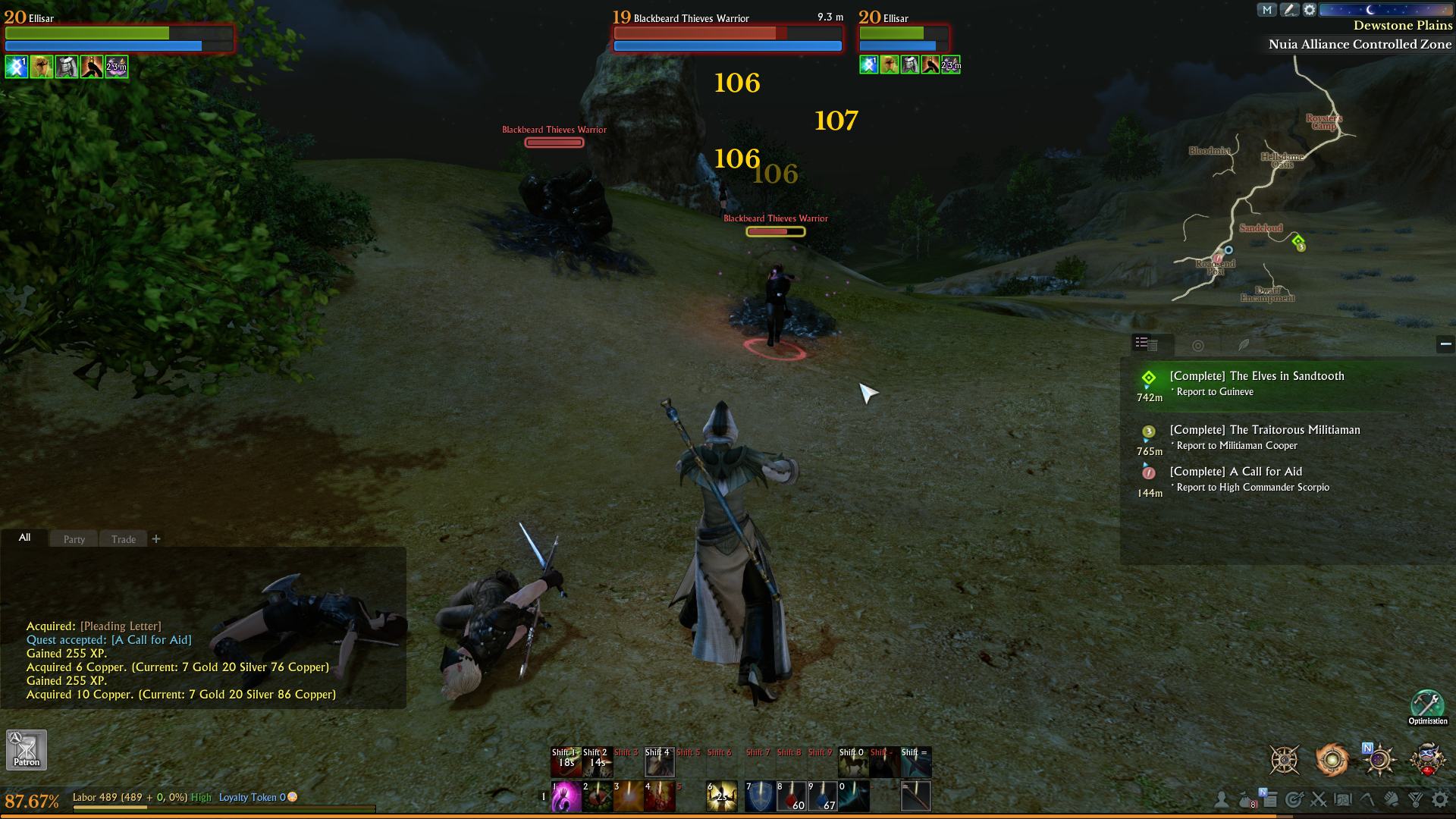 The adventuring has been pretty steady, much like the last few weeks, with nothing really major to report; the breadcrumb trail still persists, there’s still some story beats going on as told through fuzzy images, and I’m still largely disconnected from it all. The story of Aranzeb and Kyrios and my character reliving events through shared memory is starting to dull, but I’ve been smashing the F key in order to blitz through quest text anyway.

What’s really kept me going is how much more interesting fights have gone. Not only have the combination of skillsets been more interesting, the fights have gotten a little bit harder, too, requiring me to work out the best rotation I have to burn down foes efficiently. It’s likely due to the fact that I haven’t bothered to upgrade any of my equipment except when told to during tutorial quests, but I am beginning to face a bit more challenge now. A level of challenge, I should add, that has been more than enough to keep me engaged even when the plotline hasn’t.

The vistas have been quite lovely as well, as things have opened up to dusty areas or this ethereal-looking forest of pale white and green. There have also been some lovely player housing areas I’ve run past as well, and while none of the houses follow any sort of theme, it’s still been neat to see. I’m glad there’s not some sort of ArcheAge housing authority that demands a shared style. 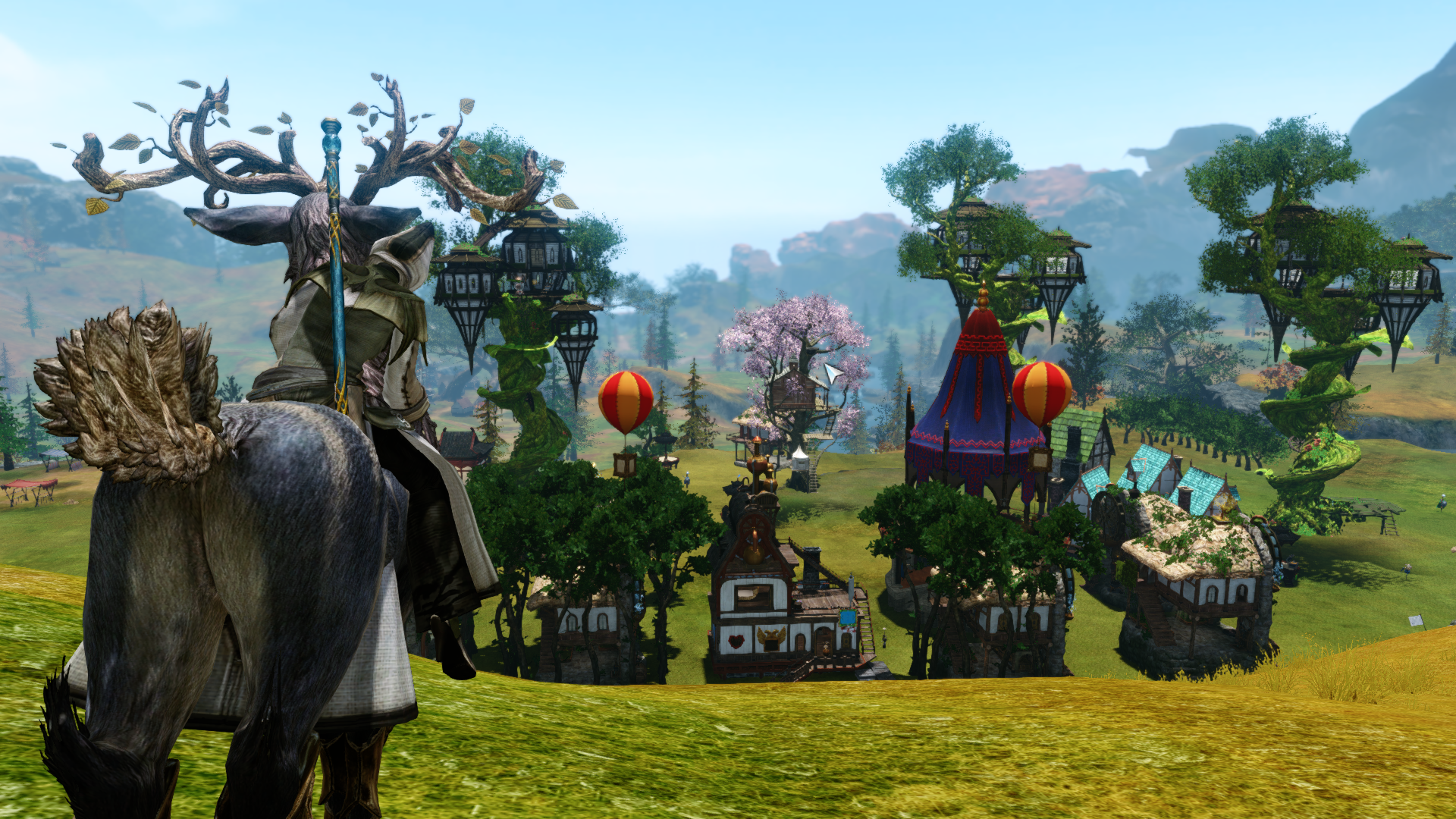 Leveling has been pretty swift as well, but that’s mostly been bolstered with the help of some freebie XP potions. I’m pretty sure these are damn near mandatory at this point, keeping me just ahead of the enemy level curve. I have the sneaking suspicion, though, that once that well dries up, things are going to get far more challenging. So for the remaining time I have in this game, I’m going to take full advantage of the free drinkies.

I’m also going to take advantage of the fact that I have buffed up laser snakes. I legitimately can’t say enough about the skills I have at my disposal now. I feel like my character toes the line between glass cannon and scrappy DPSer that can actually hold up to a bit of punishment. The shields in particular help, either blinding foes and mitigating damage or healing me a bit when I take magical damage. It’d be nice if these shields stayed up longer, but boy do things feel neat right now.

That’s kind of about all I have to share for this week, if I’m perfectly honest. There’s not a whole lot for me to report on that I would consider new, as things continue to run par for the course. That said, the comments from last week’s column did bring to mind a good idea for polls. One reader remarked that once I get to level 30, things start to get far worse for life in ArcheAge, and while this column has never been about providing in-depth and complete reviews, I’d be remiss if I didn’t at least try to put that assumption to the proof.

That is, of course, if anyone else reading this is curious for me to find out as well, which leads on to our first poll for this week:

What should be my next course of action for this month's game?

As for the other poll, I’m going to open myself up to some hurt.

I’m something of a sucker for themes when it comes to making poll choices for the following month’s game, and since January’s run is nearly up, I figure it’s high time I look ahead to the next adventure, which will be themed around PvP MMORPGs.

Yes, your soft, fluffy pink wolf friend is looking to peek in to some PvP-minded games and he needs your suggestions on what would be a good one to look in to. It’s very likely that some of these choices will come up again, especially if the PvPing experience in the first selected game ends up being pretty routine and hard to write about over several weeks; I’ll be playing it by ear, but in the meantime I’m submitting myself to your suggestions.

What should be next month's title? Choose My PvP Adventure! 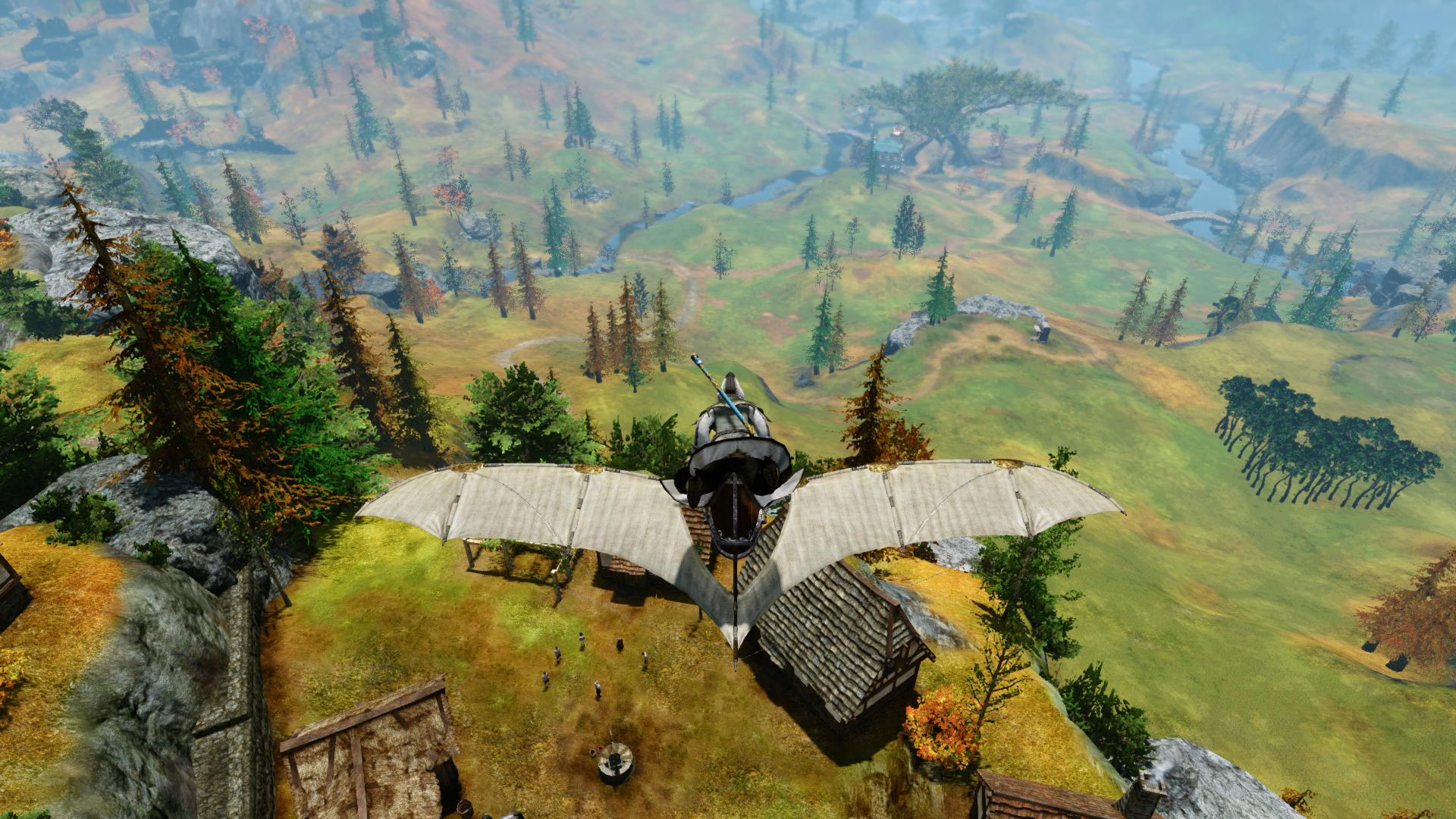 As usual, polling will wrap up on Friday, January 21st, at 1:00 p.m. EST. In the meantime, I’ll be watching this week’s polls with a great level of interest. Especially since I’m a tender, soft thing that could either be tempered in the flames of PvP or eaten like a juicy steak.

Ugh, what the hell am I doing to myself?

The cover image for this story made me think of the old Age of Conan video with the guy mount kicking people off a bridge set to the Bennie Hill theme. Now that was a true monster.