IT-centric Splunk’s .conf is not generally an event we cover here on MOP, but the .conf20 edition held back in October had a presentation of note for us. Blizzard Senior Security Engineer Shawn Routhier gave a presentation on World of Warcraft’s economy – specifically, a data-minded look at trade and gold-making in the MMORPG, which happens to include several interesting tidbits about the MMO you might not have known.

Notably, Routhier’s talk suggests that the game sees over 10M “pseudo-financial transactions” every day, totaling 21B gold daily; in Retail WoW, 76% of that is through the auction hall, while in-person trade is slightly more popular than the AH in Classic. There’s also a brief realm breakdown, the top 10 items auctioned off, a neat graph relating to AH sales around the opening of the Gates of Ahn’Qiraj, and a chart showing auction volume across the regions, days, and hours. And then for game devs (this is coming from a security expert, after all!), there’s a handy visualization of methods to map out the biggest individual sellers – ergo, a tool for detecting likely goldsellers. 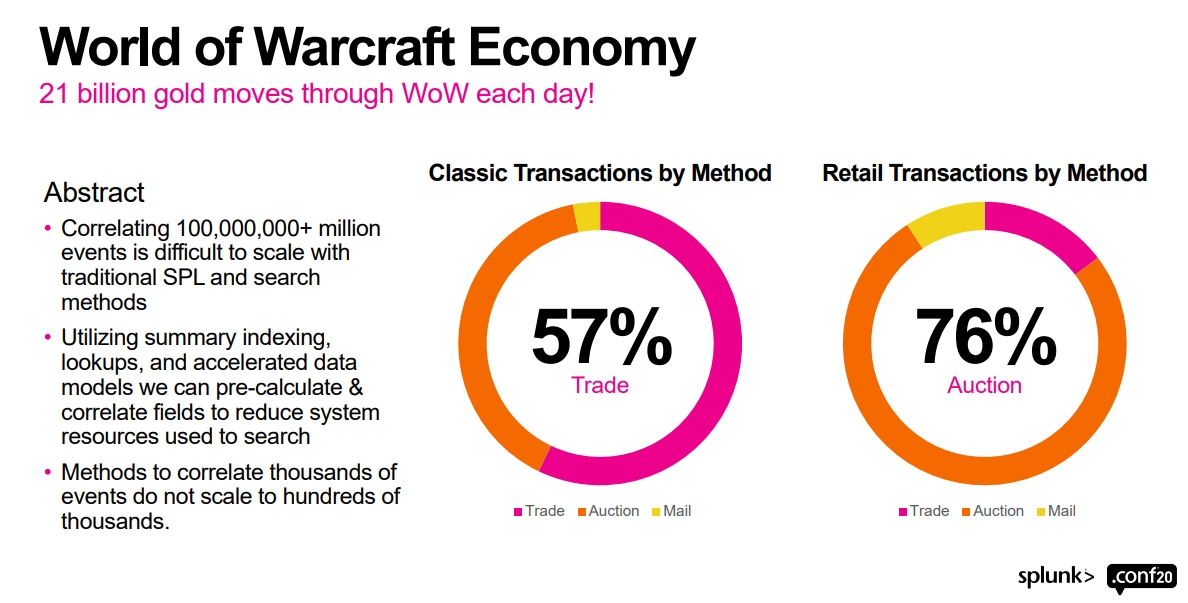 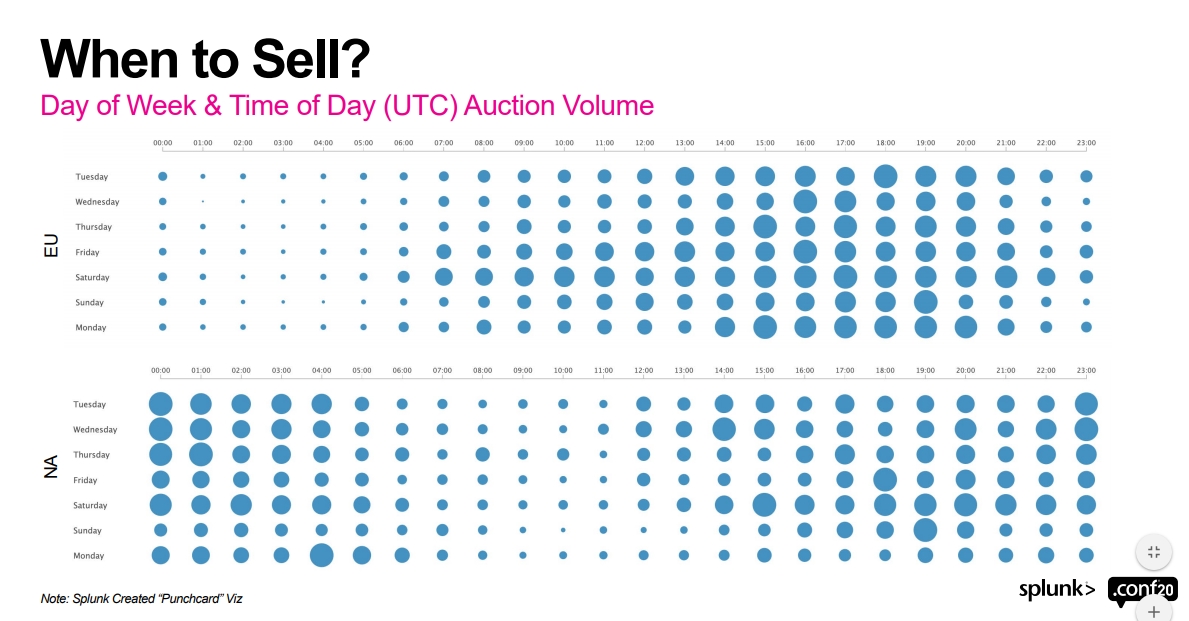 Heck, even if you don’t care about the numbers, the World of Warcraft jokes strung throughout the paper are fun.

You can watch the whole thing below, or just skim through the PDF. More stuff like this, game devs!