Profane, the self-described open PvP sandbox MMO of “territorial domination,” has arrived to Reddit with a roadmap for alpha, offering details on update plans and testing foci from now all the way to August.

January and February will be focused on the bare-bones needs of getting alpha ready to go, with work on localization, login systems, UI, and an options screen among other things. Starting in March, testing will begin with emphasis on character creation and movement, then each successive month will have new testing objectives like region exploration, climate features, gear variations, and added layers to combat complexity. Each month’s testing will vary in length, method, and number of participants, with details being shared as each test gets close.

“What we are now achieving in the following months are versions […] that we will be able to iterate and change with ease and effectiveness, polishing them to perfection on each new test as new features get ready,” promises Diego Beltran, CEO of developer Insane.

In the Reddit post, Beltran further explained why the first two months are being devoted to things that should have been finished already. In synopsis, the new version of Profane required some netcode architecture to be integrated. That said, it appears that alpha testing is full steam ahead. You can get a larger view of the roadmap by clicking the image below. 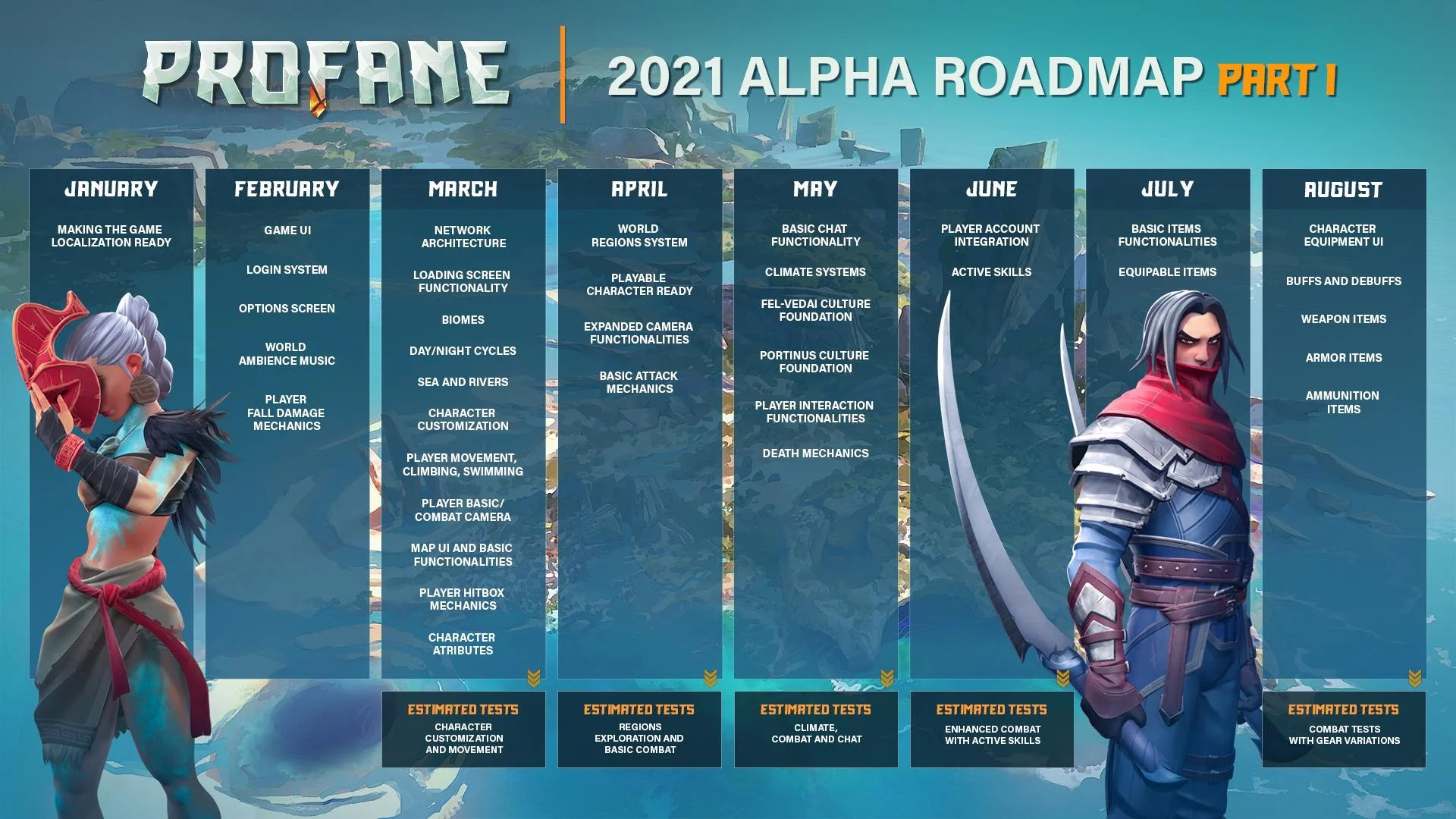 LOTRO Legendarium: How much value does a VIP subscription offer these...

WRUP: 101 uses for a hammer edition