When you head out to the final frontier in Star Citizen, make sure that you take your favorite, um, penguin? Sure, that sounds like an essential addition to the crew. And if you take a penguin, you best go shopping for warm penguin wear, because you don’t want this little guy to get chilly. He’s just not used to it!

“Here’s Talyia in an alpine meadow on MicroTech with a stuffed Pico the Snowboarding Penguin,” said Natalyia. “Some flowers manage to bloom, even if it is cold enough to frost over the armor. A few minutes before I shot that, all we’d have seen was snow and mist – then the storm decided to move on – although I did have to put Pico up against that rock to keep him from tumbling away.”

On the flip-side of a frosty clime is this steamy locale in Elder Scrolls Online. Break out the marshmallows and your 40-meter-long stick because we’re making virtual s’mores!

“If there’s no lava, it’s not a proper MMO!” Sleepy posted. 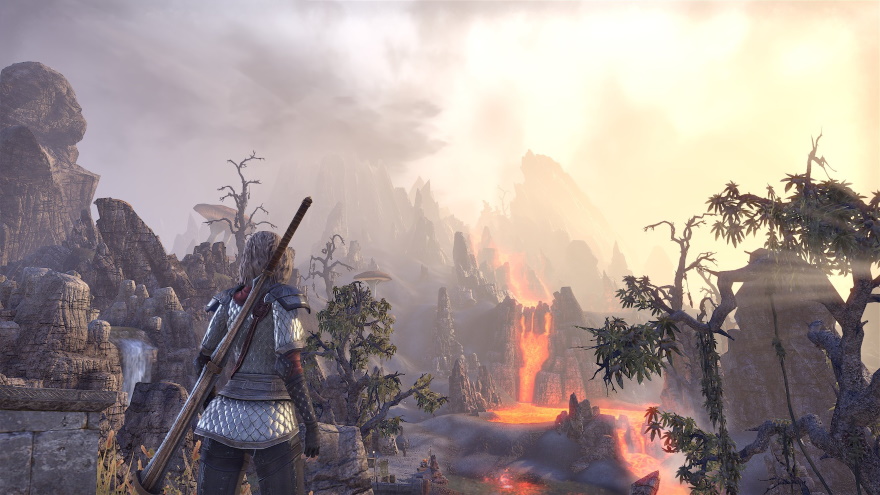 “As it happens, yesterday I returned to the Misty Mountains in Lord of the Rings Online for the first time in probably a decade,” said Stormwaltz. “I don’t know if SSG did a visual revamp of Misty Mountains at some point, or if it’s just a product of me having a much better computer now, but everything looks a lot better than I recall.” 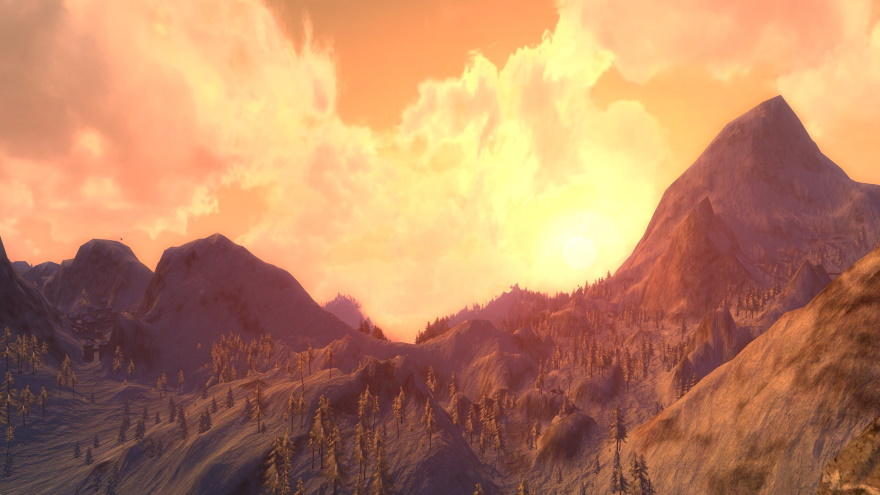 Lucky Jinx had a brush with a World of Warcraft celebrity: “Here’s a shot from the last stretches of leveling my warlock (the ending of Night Fae story campaign is truly epic, the only one that didn’t make me yawn in Shadowlands).”

If there’s anything that WoW taught me, it’s that if you’re truly important, than you got to be super-tall. No shortie ever amounted to anything. 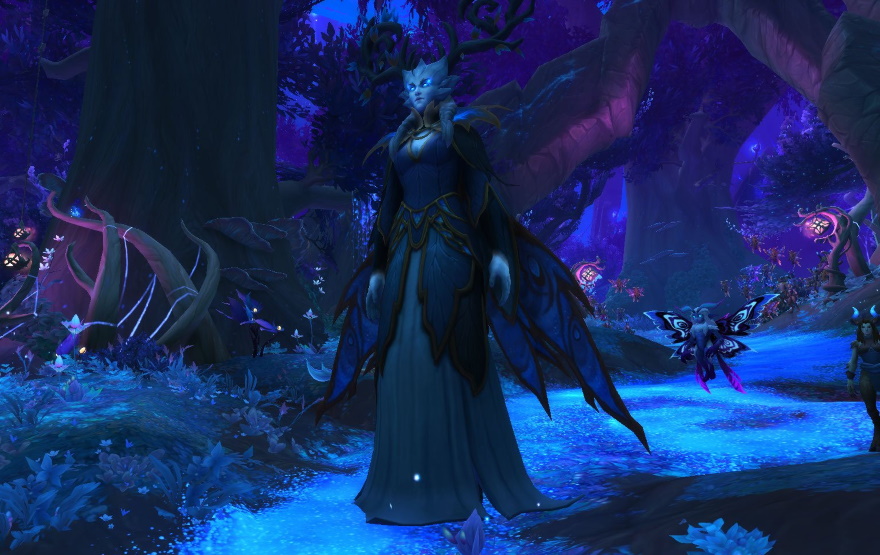 Once again, Vincent gave us a glimpse of the community activities in Final Fantasy XIV. Clearly, it has a lot to do with looking adorable and wearing suspenders.

For the record, I look horrible in suspenders. 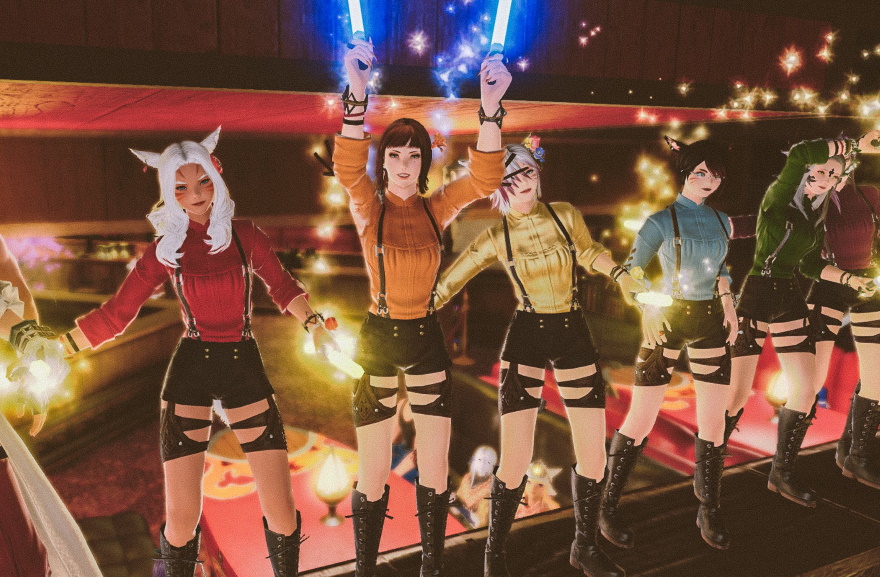 Post whatever pictures and stories you crazy animals want to — you’re going to do that already — but if you need direction and a screenshot challenge, put up a picture of an MMO giant. Or giants. Really, anyone over eight feet tall would do the trick.

This is a giant named Gort in GW2. He gets bullied by ettins every hour or so. Sadly, since he is an npc, he needs help dealing with the cave stealers that are one-fifth his size.

Just zoomin’ around getting datacrons. And looking for a timorous beastie…

Another “strange” week…case in point:

The bigger they are…

I like the challenges, so I present you Stonehead.

Are you a good bud or a bad bud?