I’ve said before that I respect and love how Dauntless keeps trying to bring something new to the table with its major updates, and the Frost Escalation, which should be live as you’re reading this, is most certainly no exception. I was granted the opportunity to preview this new content with PR manager Andy Burt and community manager Jarrett Poole from Phoenix Labs, and I came away mostly delighted by the new things being added to my favorite game mode – but there is one little tripping point that sort of has me worried.

END_OF_DOCUMENT_TOKEN_TO_BE_REPLACED
In terms of the actual gameplay beats, everything here is familiar to regular players of the multiplayer monster fighter; run through the gauntlet of different stages, taking on one or two monsters at a time while mitigating randomly generated modifiers, all in an effort to earn rewards and power up in the Escalation. There are a couple of notable wrinkles to this formula, however. The first is a set of pillars that lets the team choose one of four persistent buffs that carry through the entire encounter, adding a little bit of strategy to the proceedings. 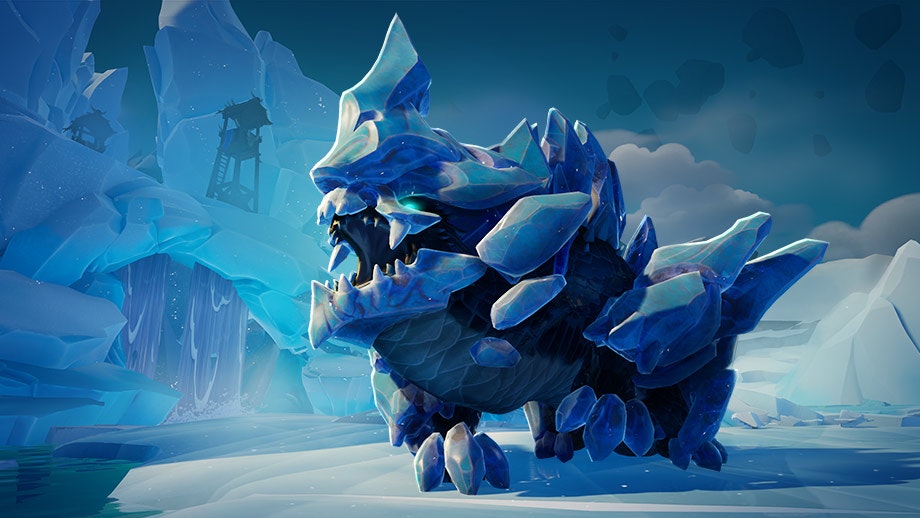 The other major feature — and the one that has far more of an impact, in my experience — is the Frostbite mechanic, which sees a bar slowly building up the longer you’re in the Escalation instance. Once this bar reaches a certain point, players will be frozen in place. Mitigating this status is absolutely vital and can be done in a variety of ways, including using a new pylon that heals away the status, passing by Braziers that are dotted along the way and in fight arenas, or following some objectives that are added as the encounter moves on like breaking open spheres that spawn in a fight to cut down chunks of the Frostbite bar or hitting a Behemoth’s highlighted weak spot. 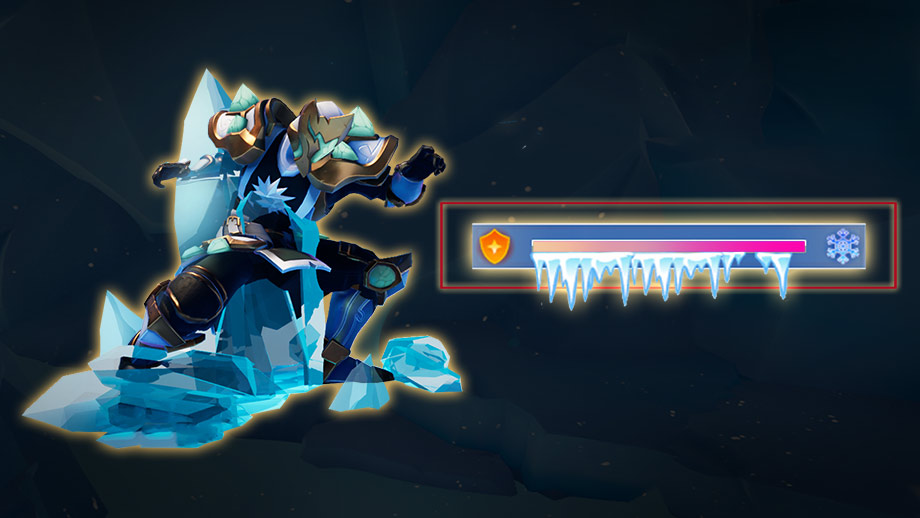 Here’s the problem with this Frostbite mechanic, however. Adding a new layer of complexity and challenge is absolutely welcome, but it more often than not took me out of the task of fighting monsters as I hurriedly realized I had homework to do. Furthermore, the higher level Escalations saw the Frostbite bar fill up at an alarmingly fast rate; most of the time after I had passed by a Brazier, the benefit of doing so was wiped away literally two seconds later. The idea is sound but the execution, in my opinion, needs some adjustment, and we’re not likely to see that adjustment until after player feedback has arrived to the devs.

As for the tentpole attraction of the Escalation — the Behemoth fights — Frost Escalation once more doesn’t disappoint. It’d be easy to assume that this new mode would simply take existing monsters and cover them in ice, and in the case of the frigid new Skarn that’s certainly the case, but then you also have a Gnasher that pulls off some surprisingly acrobatic and frosty new moves and an Embermane variant that effectively transforms it into an aggressive sort of timber wolf. 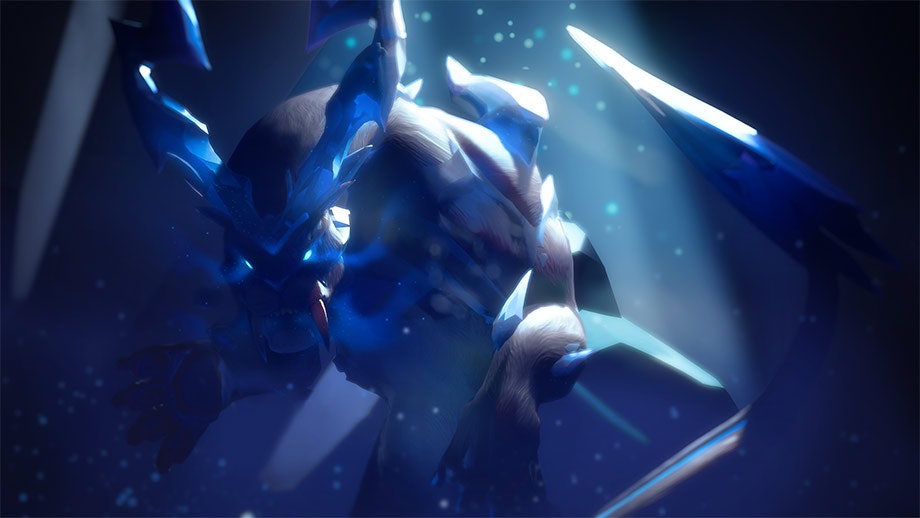 Of course, the keystone monster in the Escalation, Urska, is the star of the show. Imagine a frigid sabertooth tiger Riftstalker that climbs parts of the arena like the Tobi-Kadachi in MHW and you’re pretty much there in terms of what to expect; it’s fast, agile, requires some quick thinking, and is overall another extremely fun addition to Dauntless’ growing roster of Behemoths.

The Escalation map of Skaldeskar itself is also new this time around, taking players through a devastated location that tells a lot of story through pure visuals. There’s also much more platforming in this new Escalation zone than previous ones, so players will want to stay on their toes so they don’t fling themselves off of a tiny island (like I did). 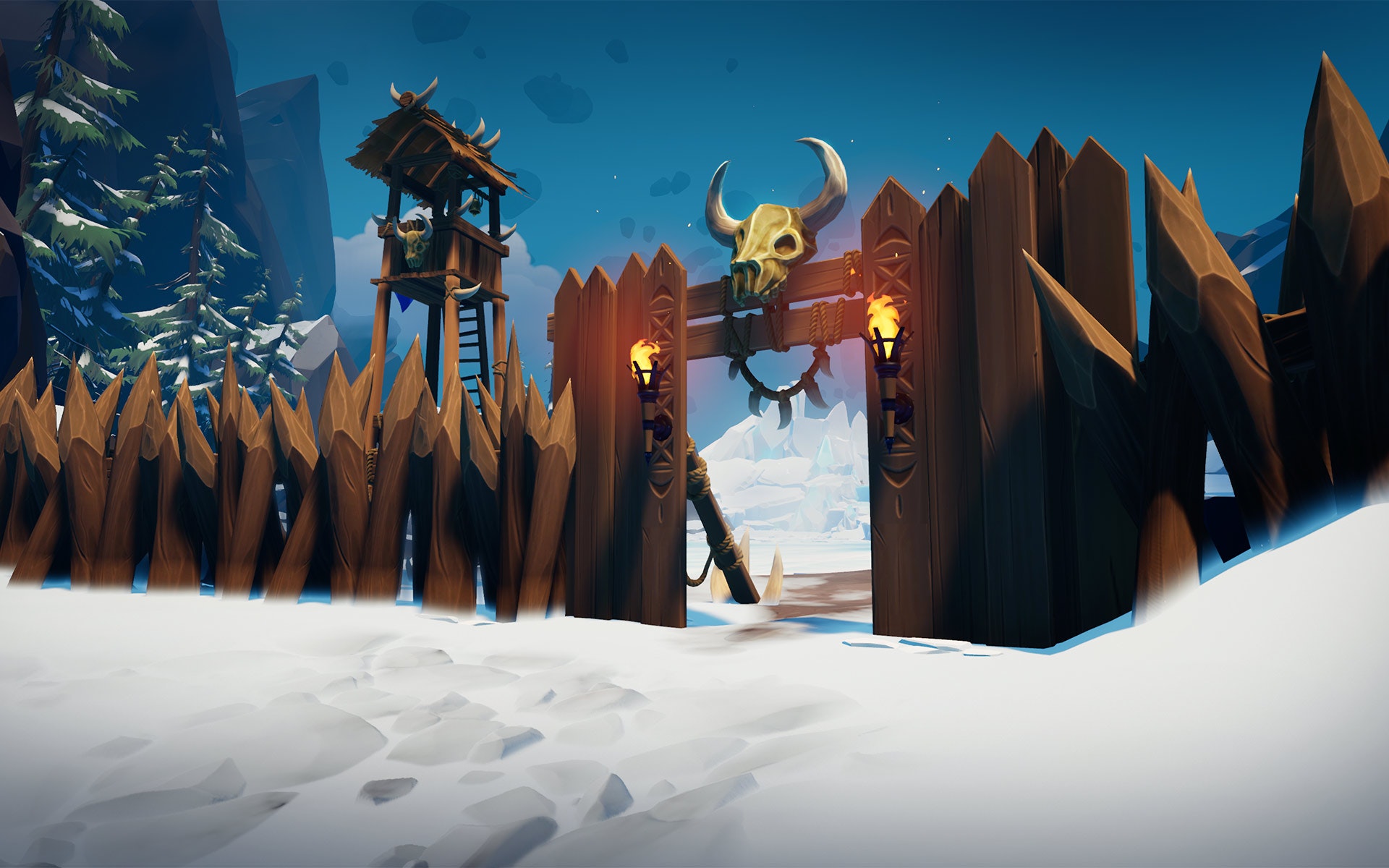 All in all, I’m left with some mixed feelings for this new mode. On the one hand, Escalation is far and away my favorite way to play Dauntless and this new one has another round of extremely fun fights to take on. On the other hand, the entire Frostbite mechanic doesn’t feel like it was thought out well enough and will likely need some fine tuning once it goes live, unless it got some adjustment between my preview time and its release. I really want to fight Urska again but I also don’t feel like muddling through mitigating a bar.

Well, Utakata has to play this now.

With sufficient points in the talent tree and tactical use of the new pylons there’s no difficulty in managing frostbite though there’s going to be a lot of initial negative reaction to it from players who don’t have either. I like frostbite. It makes this Esc less of a zerg than some of the others and I’m all for that.