Dragons are ubiquitous to the point of over-exposure in gaming these days. And yet for all that, there are still very few games that let us command the power of a dragon ourselves. I think we’re all a bit sick of fighting dragons, but I know I for one am still hungry to play as a dragon.

Enter Century: Age of Ashes, a new arena PvP game where players take on the role of dragon riders. I was invited to a short beta test test on Steam ahead of the planned early access launch this month and got to check out an early version of this aerial combat game.

First of all, I want to say this was clearly an early beta. The game was missing quite a lot of content and features, not the least of which being a proper tutorial. Unless the early access build is a lot more advanced, I question the wisdom of releasing to the public so early. This game has a lot of potential, but it’s a long way from finished.

That said, it did still manage to provide pretty good time, especially considering that I’m not normally a PvP player. And that I’m kinda bad…

The first thing that struck me about Century is how unusual the control scheme is. Going in, I imagined this was just an arena shooter but in the sky. I expected it would be a bit like playing Pharah in Overwatch.

First of all, there’s no movement keys in the conventional sense. You automatically fly forward at all times. Your only movement controls are steering with the mouse, breaking with shift, accelerating with the space bar, or dashing (at the cost of stamina) by double-tapping space. 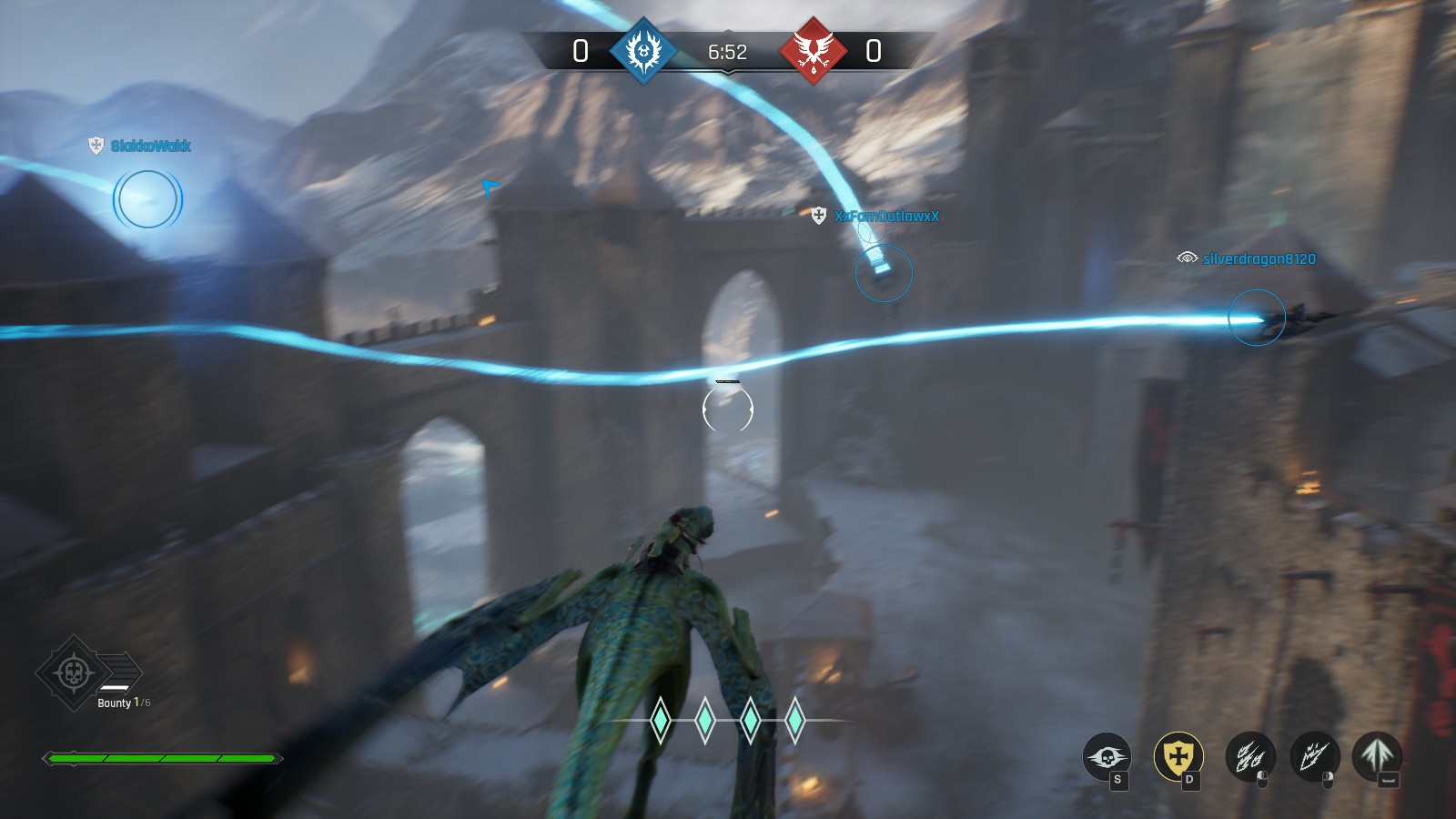 I actually really like this. It saves on the finger fatigue of constantly holding buttons down, and it’s not like you ever really want to stand still in a game like this anyway.

There’s also good news for those of you with bad aim: Century does not require precision aiming the way a traditional shooter would. As long as you’re pointed in the general direction of your target, you’re good. Visual indicators on your opponent will let you know if you’re in range for one or both of your attacks.

On that note, dragon riders in Century have access to two core attacks. Left clicking on an opponent fires a volley of fireballs with a weak homing effect. These can be dodged with tight turns or careful use of terrain. Holding down the right mouse button, meanwhile, channels a continuous stream of fire. It’s harder to dodge, but has a shorter range. The remainder of your capabilities are added by your class, which I’ll discuss more in a bit.

Further complexity is added by various terrain features, like air columns that shoot you higher into the sky and magical rifts that refill your stamina when you fly over them.

If the controls seem very simple, well, they are, but don’t let that make you think this is an easy game. The sheer speed of action, coupled with the 3-D element, makes for a quite challenging experience. You need very quick reflexes and good situational awareness to survive. The simplistic control scheme just lets you focus on what really matters.

Overall, the core mechanics of Century have nailed the sweet spot between easy to learn and hard to master. The potential for a solid game is definitely here, then. However, as mentioned above, it feels a long way from ready right now. There’s a lot of missing content currently. 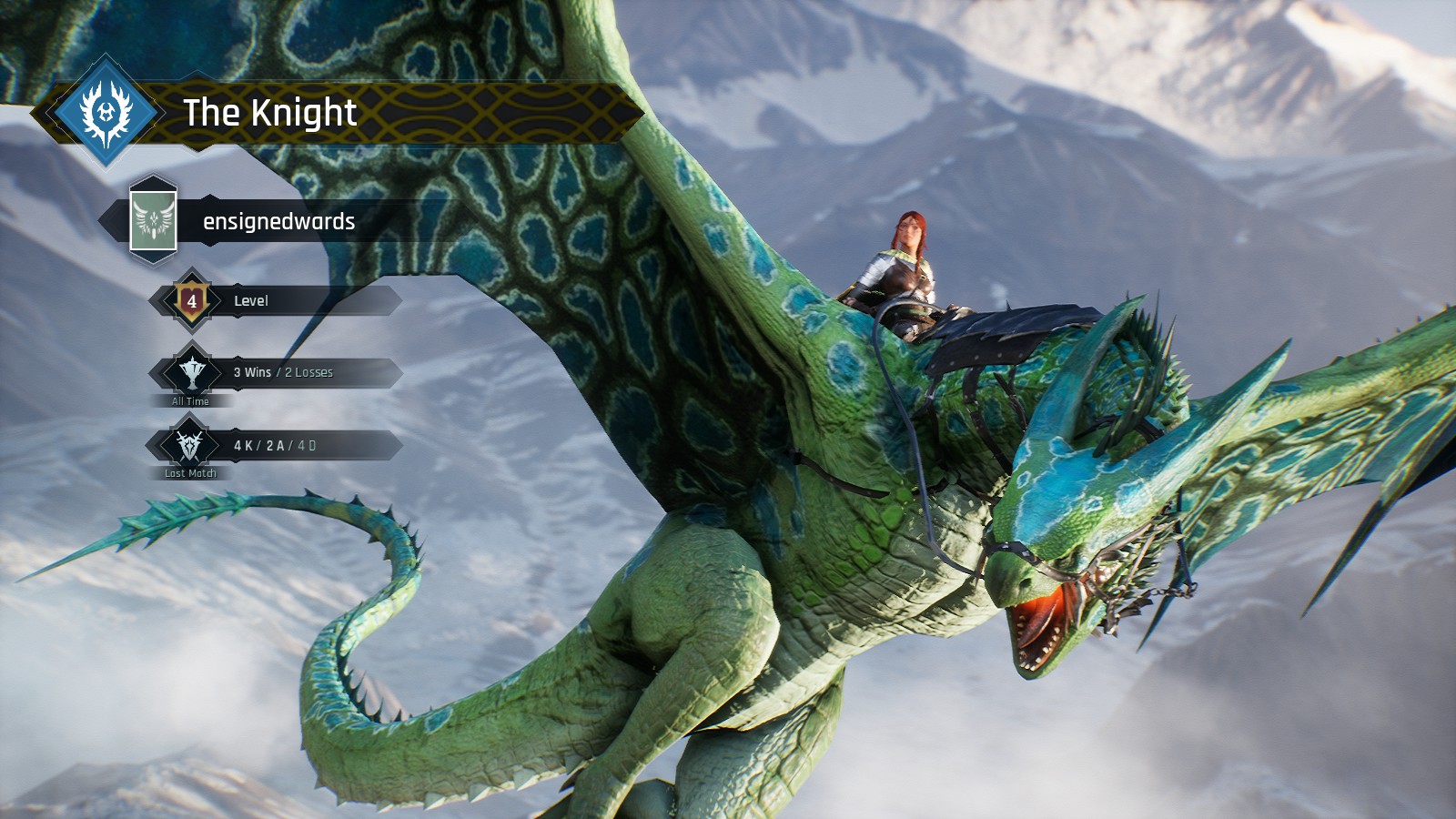 As mentioned above, there’s not really a proper tutorial right now – just a short how to play guide you can read through (with some videos), and then “rookie” matches against other newbies, with reduced team sizes.

Once I graduated to the “real” 6v6 matches, I had two match types to play, both on the same map and both in a shared queue: Carnage, a team death match with periodically spawning power-ups; and Gates of Fire, a version of capture the flag with some minor twists. Both modes are fine, but with just those two game modes and only one map, there’s not a lot of variety.

That’s to be expected from an early beta, though. More content can be added with time, and the developers have said the early access launch will have more to do. However, there are two areas where the game is lacking that will be harder to fix, and those are what gives me real concerns about Century‘s longevity.

The first is that right now all the classes feel pretty much the same. They all appear to have the same core stats — so it’s not like there’s a tank class with higher health — and access to only three abilities. One of those abilities is always equipped, and then you choose from one of the other two on a per-match basis, for a total of two abilities in any match. All the abilities have fairly lengthy cooldowns, and some of them are shared between multiple classes.

I mainly played a Windguard, ostensibly the game’s support class. I was hoping for something like Mercy, the only Overwatch character I was ever any good at, but honestly it just doesn’t feel like playing a support character. You have only one heal (again, with a long cooldown), and it requires you to shoot towards and touch an ally, so half the time it doesn’t even land. At least the cooldown seems reduced if you miss, but regardless, it wasn’t enough to deliver on the feel of actually playing a support character.

What I would prefer is more fundamental differences between the classes. Maybe the Windguard could give up the channeled flame breath for a heal, for example. If there’s one thing MOBAs and Overwatch have taught us, it’s that people like having a wealth of diverse characters to choose from, and Century isn’t delivering that right now.

It would also be nice if the classes weren’t gender-locked, although in a game like this without role-playing elements, I don’t think it’s as objectionable as it might otherwise be. 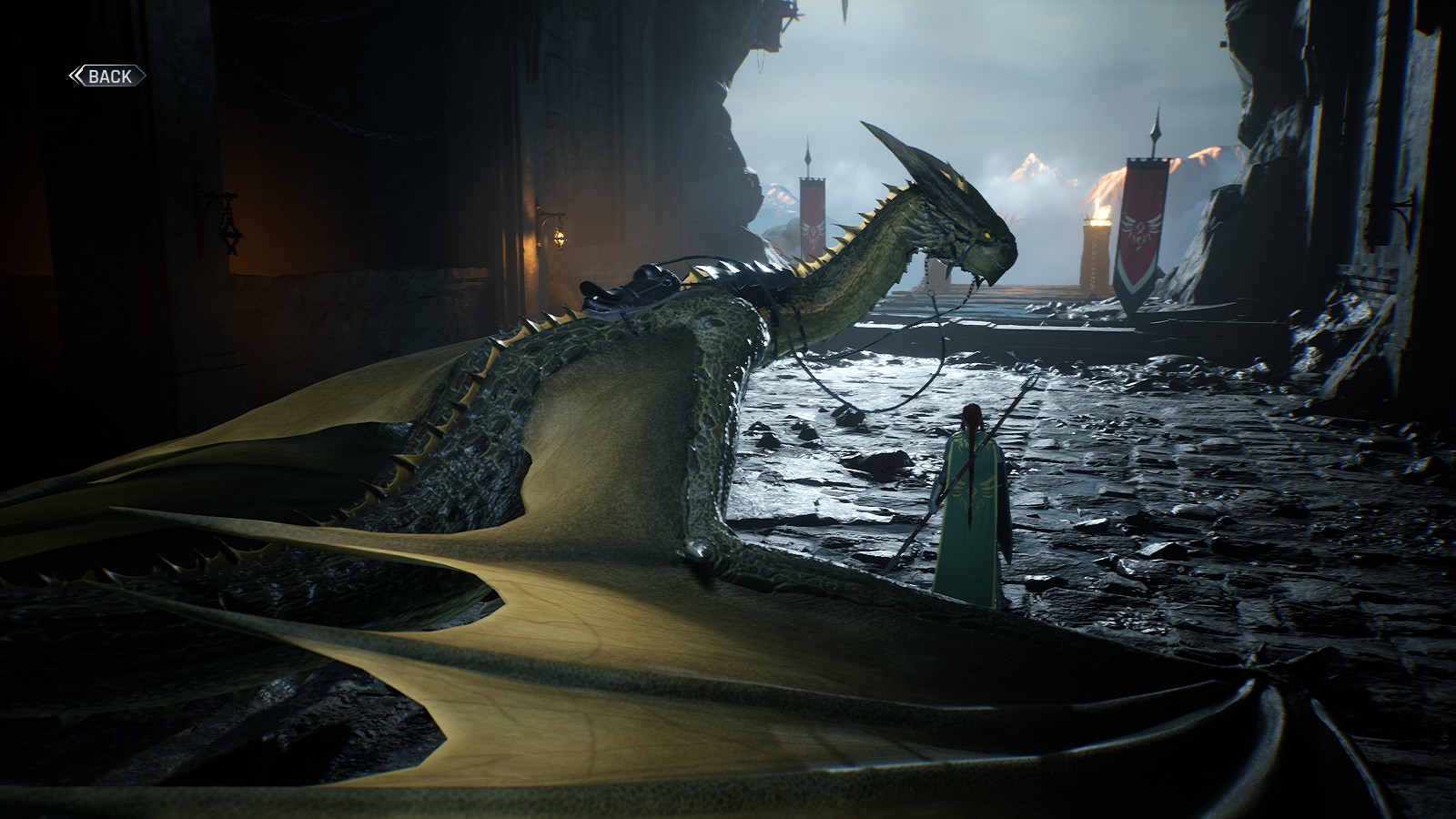 My other worry is that this is a purely PvP game. I know I can’t maintain my interest in a purely competitive experience for long, and I’m not alone in this. There’s a real demand for co-op and PvE play out there. At the very least, Century should have an option to play against bots in standard match types, if only for training before joining PvP matches, and in a perfect world I’d like to see a dedicated co-op mode a la StarCraft II.

I feel as if I’ve played a lot of games lately that have great core systems but need a lot more work to deliver a complete game. We can add Century to that list. Like the others, it all comes down to how well they can flesh it out. If the developers can add the depth and breadth the game needs, and if the community is patient enough to wait for them to do so, this could be a hit. But I do worry they’re launching into early access too soon.

No cricket fan will ever be able to take this game seriously. Just saying.

You can’t really get mad about over exposure of Dragons in fantasy when you have such corner stones as The Hobbit from story, and Dungeons and Dragons from RPG.

I was so excited when they first started playing the trailer for this when it was announced (I think at the game awards?). I was thinking that someone had finally tried to make something like Panzer Dragoon, Lair, Drakengard, or (RIP) Scalebound.

The trailer wet on, it continued to look very neat, and then it got to the end, where it was revealed to be a PVP only arena/battle royale game, and immediately I lost all interest. I’m now starting to lose count of how many games have been made with really fantastic and interesting concepts, only to have all that creativity wasted by throwing it into yet another match-based, PVP-only borefest.