While we are all aware that Elder Scrolls Online is one of the most consistently updated MMORPGs on the market, perhaps we don’t realize just how far it’s come since the game’s 2014 launch. One enterprising Redditor helped us gain a new perspective on Tamriel’s growth by contrasting the launch day map with the MMO’s current offerings.

END_OF_DOCUMENT_TOKEN_TO_BE_REPLACED
As you can see in the maps below, the zone coverage has doubled in size since release. But what’s most intriguing are all of those empty, yet-to-be-fleshed-out portions of the map, including what’s coming with this year’s Blackwood chapter. 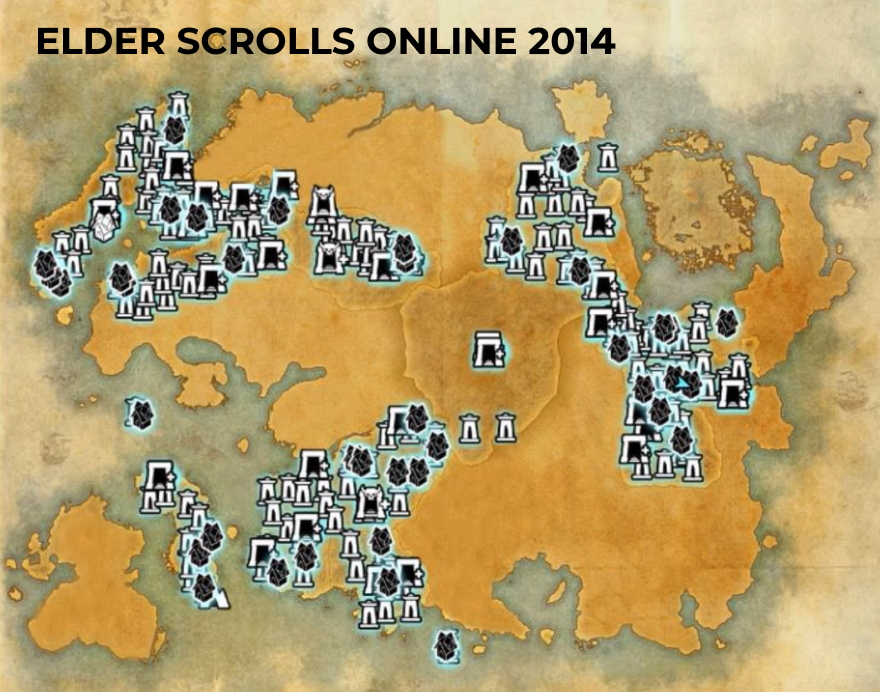 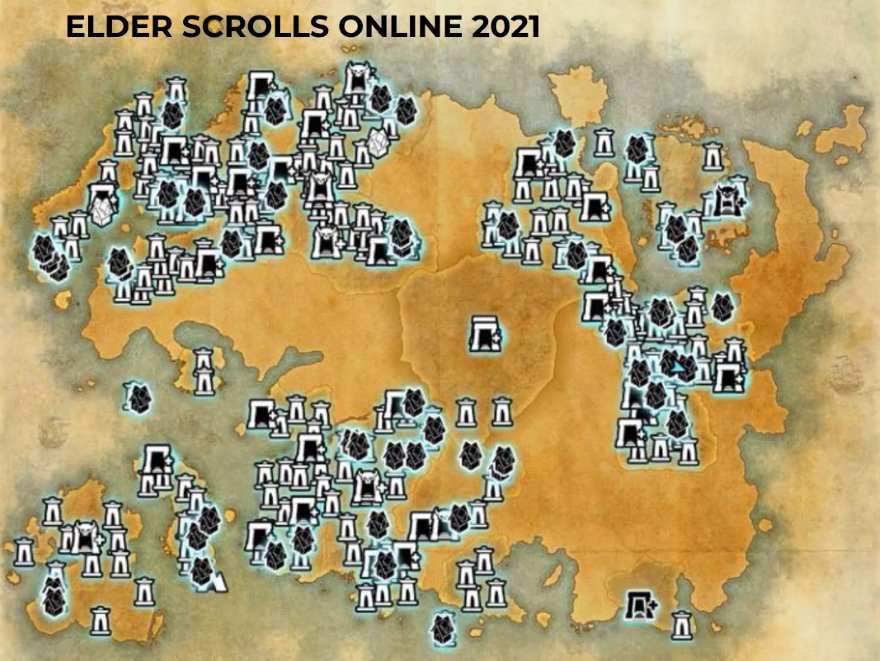 Think that second map is not including Clockwork City?

Also does not illustrate the additional underground zones included with the current Chapter.

Now they just need to expand the range of races including shorter and larger ones.

It is admittedly not a game you can complain about a lack of content with, now if only they could add a basically informative U.I and minimap rather than relying on mods and modders to do the work for them I’d be impressed :) Because this game is LONG overdue a U.I, inventory layout updates, and addition of a minimap.

Or subscribe. All the DLC are available at no charge while subscribed. The Chapters (Expansions) still cost, though; they must be purchased with RL $$$.

And that’s a bad thing? Giving them money so that they can pay their employees, pay for insurance, buildings, IT infrastructure etc. Also to help pay for future development.

I just don’t get this criticism of paying companies to make things for us to do/experience and to stay in business to do so.

Charging for several DLC? Yes. It’s a bad thing. Players are not charity nor are they walking wallets.

I just don’t get this criticism of paying companies to make things for us to do/experience and to stay in business to do so.

Except they don’t invest ALL the money back into the game, those are multimillion dolla companies. This is a naive mindset.

Of course they don’t. They’re into making a profit. I don’t begrudge them that. It’s naive to think that the world works as a socialist construct, though many aspects of life would indeed be better if that were so. Including health care, education etc.

To begrudge a private company from making a profit is a bit silly don’t you think and unrealistic.

Of course they don’t. They’re into making a profit. I don’t begrudge them that. It’s naive to think that the world works as a socialist construct, though many aspects of life would indeed be better if that were so. Including health care, education etc.

i’m not debating socialistic values. I’m debating how much of profits go back into the game. I like ESO too. I play it too. Unlike Mr. Ironwu who can only breathe WoW hatred and ESO zealotry, i’m well aware of ESO’s shortcomings: It has terrible animations, it rubberbands like hell, still has animation-canceling, their Cyrodiil servers are kept by spit and duct tape, etc etc.

ESO’s monetization is known for being heavy, and it’s a point of contention towards what is considered a good game. ESO is NOT a F2P game. Everyone bought it. The fact that you need to buy several DLC to free mechanics that are important for your character ( Clockwork City for instance ). It’s similar to DCUO monetization and that’s a comparison NO ONE should aim for.

To begrudge a private company from making a profit is a bit silly don’t you think and unrealistic.

Use Daybreak as an example. Their games are actually stable and making profits, yet they languish with terrible servers, awful support and overall neglect. EVERYDAY both LoTRO and DDO are lagging heavily. So is Everquest 2 lately, having terrible spikes.

Companies can make all the profit they want. As long as they offer decent support for their products, i don’t care. The discussion here is how much is being returned towards the game’s performance and quality. Shoving DLC in the game only fills it with bloat. Things must be thought out.

Ok, I’ll agree that those are some good points that I don’t disagree with. I guess I read too much into your post. 👍🙂🏁🏍

Edit: Though I’ve not had much in the way of rubber banding as of yet. Running 80 to 100fps usually with 90 to 120ms latency. With an occasional spike I can’t account for.

How do you know how much money goes where? You are making blanket assumptions to support your argument and that doesn’t work.

You don’t need to buy shit. If YOU want something that’s behind a paywall (for a game you don’t have to pay to play) then yes you have to buy it. I mean its basic economics. Which goes back to the original point. Games don’t run for free. There is a cost associated and ESO isn’t doing anything different outside the norm for MMORPG standards (save for an optional subscription model, where other MMO have a mandatory one).

Again with Daybreak you make it sound like you know where the money is going and how well off they are. How do you know this? Where are you getting this from?

Without knowing their operating model, you are just making this up.

Anyone else find their map annoying to use?

In what way? I use Bandit’s UI, so have that mini-map for navigation while moving. I use the main map for planing the longer journeys and to see what I have missed or need to do.

I could probably find some UI addons that would help me out. I’d like to see the topographical features/biomes of each area. I’d like to have areas labeled before I hover over them. I know I can toggle wayshrines, but like the image above when you look at the map the shrines and dungeons and what not just clutter it all up. If I toggle them on the world, then I have to toggle em back on for the local maps. Minor gripes really.

In addition to Bandit’s UI, I would also recommend the MapPins addon. That covers just about everything you could ever want to see on the map in a fully configurable manner. :)

And, if you really want to find ALL the quests in the game, then QuestMap will put the usual ‘!’ on the map for you. I only use this one when I am fully map complete to find what I have missed. :)

*sits in corner wearing the console hat and sobs*

I bet you’re playing on a huge screen and sitting more comfortable with console controls! :) Can you add addons to a console game?

It’s a little annoying, I agree. When you backup to a larger area you get lost and can’t easily tell where you’re at due to all the stuff on the overall big map. I’ve gotten pretty apt and scrolling back in and out looking around until I figured out where I’m at.

Thats me. Adventuring until my bags are full, teleporting home to sell… then forgetting exactly where I need to warp back to lol

The map is so benign I never noticed it as annoying. I do like the aspect that I can “drill” down into other areas, and appreciate all the places I can go. Unlike WoW where they strand your entire expansion playtime in a concentrated area, while leaving all the prior areas left out to die. Really stupid model imo. Why they won’t adopt a gameplay system that spans the entire world but is relevant to current expansion is beyond me.

Still a very good buy if one likes action combat fantasy MMOs. Has a great community and a number of ways to pay for the content.

Very impressive, looking forward to the next chapter.

Yup it filling out quite nicely and I hope they say around long enough that they get to fill in all the map.

Guild Wars 2 takes fans through a tour of the new...