Fioresia Online is a relatively new title to us here at Massively OP, but it instantly grabbed our attention for its wide scope and its adorable cartoony design. The game is working toward an early access version, which you can see with the dev team’s 2021 roadmap.

The roadmap, which covers from now through May, include creating the city of Cinderstone, composing music, adding town events, implementing the first three chapters of the main story, slotting in the dungeon party finder, and introducing the class system.

Cinderstone itself seems like it got a massive overhaul: “The new capital contains 211 structures and is 7 times larger than the old city. The heavier areas have an average of only 300,000 polygons compared to the 2.5 million polygons of the old capital, which had only 32 structures. Not only will the city be more beautiful, more detailed, and bigger – it will also run much better!” 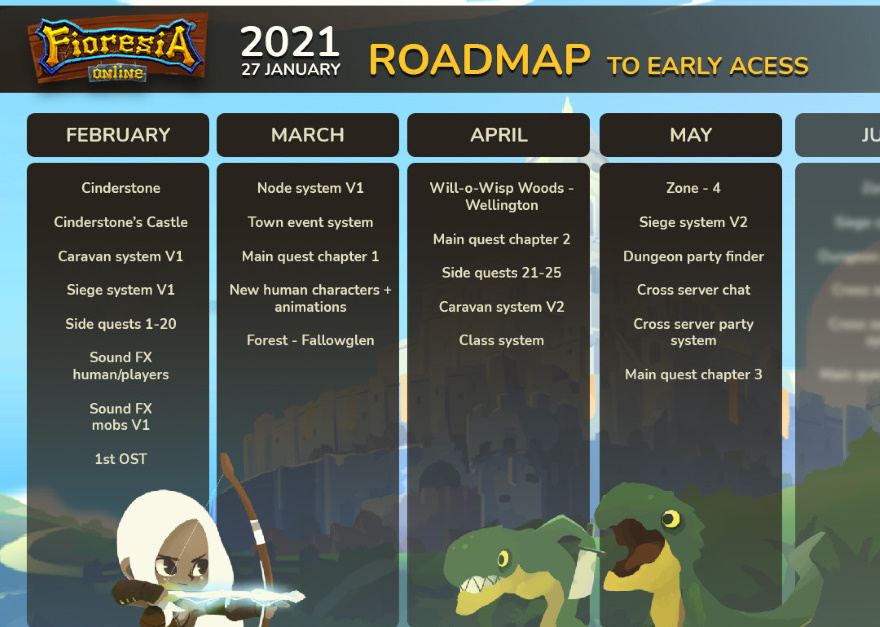