In retrospect, outer space was asking for it. It was giving all of us a cold shoulder, being very distant, and lording its size over us like it was King of Universetown. So can you blame us for grabbing the nearest weapons we could find to blast a hole in space’s ego?

Scott was on the front lines of this grim war: “Sorry, nothing unique here… just a Human with a VERY BIG GUN behind her from an urgent quest in Phantasy Star Online 2… IN SPAAAACCCCEEEEEEE!” 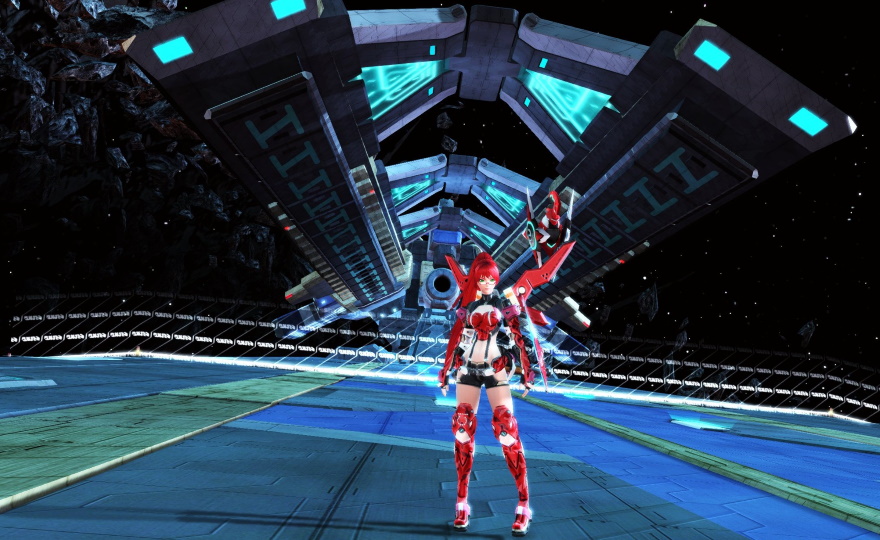 As if all of that wasn’t bad enough, outer space also has a ghost problem. Fortunately for all of us, a daring Massively OP ghostbuster was on the scene to rectify this with diplomacy and a soothing ritual. A soothing ritual of extreme firepower.

“Yapbe’chugh vay’ vIta’rup!” Hikari coughed at us from Star Trek Online. “Or for those not familiar with the original Klingon theatrical version, ‘I ain’t afraid of no ghost!'” 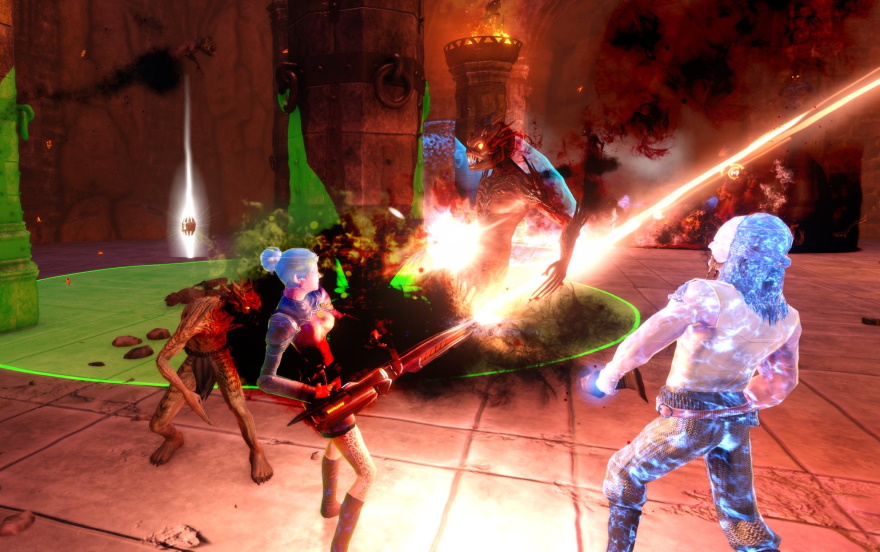 Over in Star Citizen, Natalyia is contributing to the cause by taking the fight to big rocks that think they can just float there with impunity: “Here I am mining an angry asteroid in the Aaron Halo at the fringes of the system.”

And why is that rock angry? PBS is running a telethon this week and interrupting normal programming. 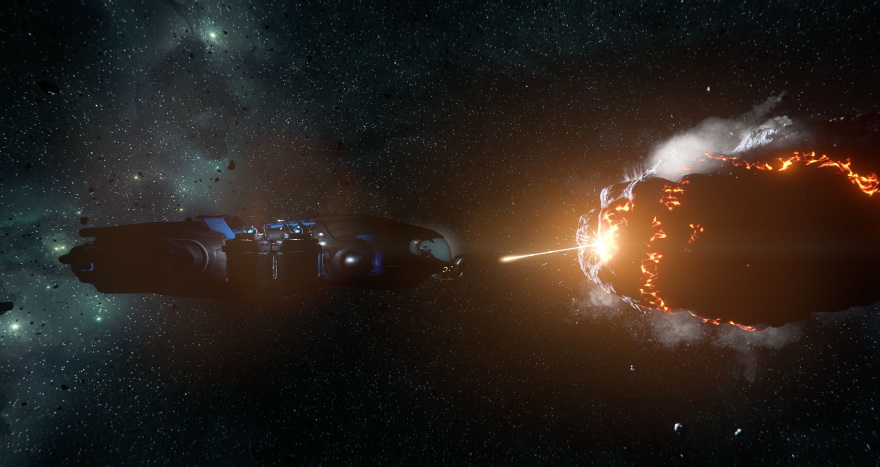 All right, we’ll come back down to earth just in time for a farewell party.

“This is my last screenshot before leaving WoW and WoW Classic,” wrote Minimalistway. i collected some Coin of Ancestry and bought this teal suit, with me is my companion and my friend Steve. I may come back for Burning Crusade Classic.” 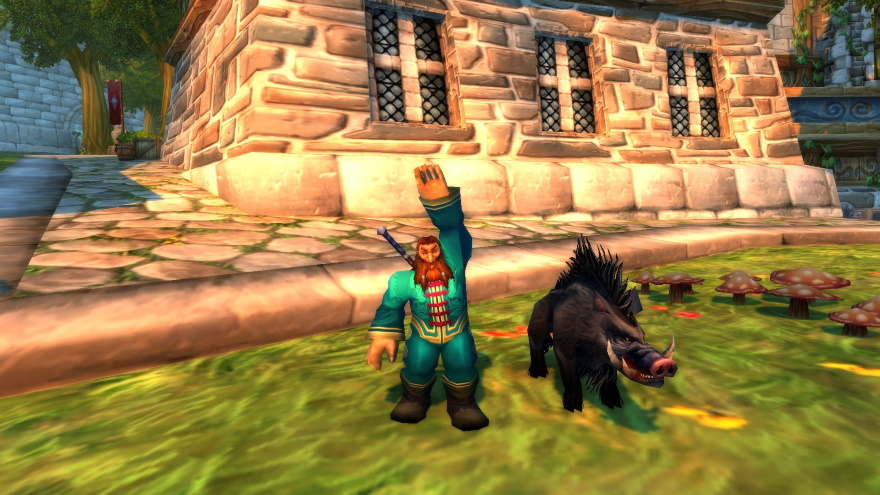 You know why I’d love to live in Elder Scrolls Online? Because no matter where you went, you’d encounter very normal-looking, well-adjusted souls who weren’t trying to freak you out with their adventurer’s apparel.

Also, there’s be SmiteDoctor lurking in Summerset, but we try not to let this grim visage get to us. 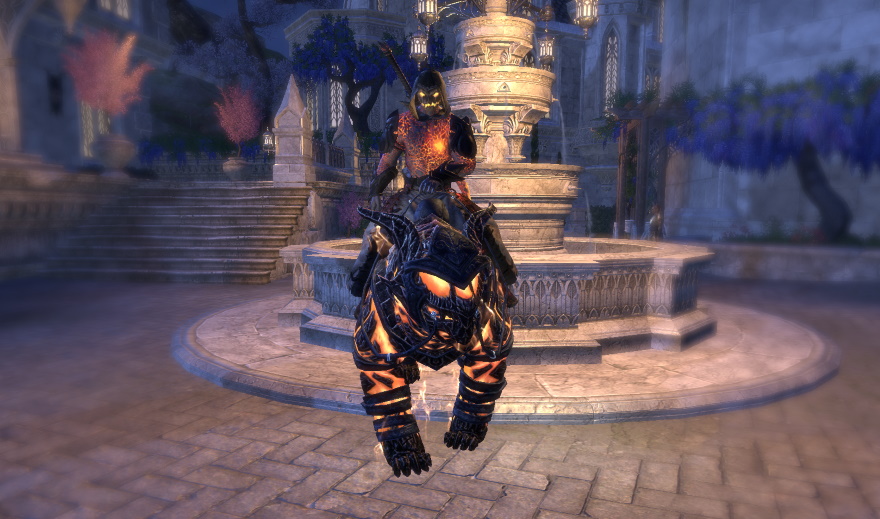 Flex those print screen-mashing fingers, because you’ve got a screenshot challenge ahead of you! I think it’s high time we had a look into your bedroom… er, I mean your virtual bedroom. Your player house. That’s what I mean. Take a picture of that and ignore my awkwardness.

Right now i’m playing FFXIV, i’ll be lucky if i can afford renting an apartment ? i love ocean fishing, it takes something tedious in most MMOs and turn it into something people enjoy doing together.

Oh .. and there is desert dune fishing, cloud fishing and magma fishing, i love that.

So that’s my house at the end of the street. The big castley one. Built it myself. In a day. With magic. And an army of beavers.

This brothel has bedrooms I think… o.O

Since the game of my choice lacks housing, among many other things, I had to take the liberty of sneaking into someone else’s bedroom for a shot. Because I went all the way to the village of Brill in Tirisfal Glades, I stopped for a moment to admire the sheer creepiness of the zone. It’s a zone that is designed over 15 years ago, and it beats Revendreth in creepiness about 10-0 despite the clear difference in graphical vividness. Where Revendreth is kind of comically gothic setting, Tirisfal Glades is truly gloomy and scary place.

1. Bedroom of the Forsaken
2. Cemetery of Brill
3. Stillwater Pond in Tirisfal Glades

Home is where the Hot Tub is.

My bedroom? Gasp! How scandalous of you! I offer, humbly, instead…

Ar, we be looking fer brainz in this pirate zombie captain bedroom/quarters! From the Garden Warfare 2 pirate quest section.

This place looks so beautiful, look at the stained glass!

Just picked up my first “house” in American Truck Simulator this morning. Or at least it’s what I’ll be living in until I can pay it off.

Should have bought one with a cab sleeper.

I’m stuck sleeping in the driver’s seat for 4 more levels.

I play ETS2 also, more as a side game but still great for a change of scenery.