Not only do Pokemon Go players still have a Rocket Event and Bird Trio raids coming up on February 28th, but the next seasonal cycle, Season of Legends, is starting March 1st, followed shortly afterwards by a new Community Day. As with the previous season, this means many pokemon will cycle out of the spawns you’re currently seeing, egg contents will shift, Deerling will be in a more appropriate seasonal form (again also tied to the hemisphere you’re playing in), plus we’ll get some new pokemon and new Mega forms. We’ll also have Forces of Nature Trio, but what’s interesting about these three is their forms, which may be handled differently than they have in the past.

Dataminers have recently found Niantic had put in costs associated with form changes, a feature that’s been in the series since Generation 4 but often used abilities or held items to activate, neither of which is a POGO feature. As Niantic has noted a research quest that will award all three of the previously available Nature Trio base forms, it may be that Niantic will be using them to introduce and play with the feature. It mentions costs, so there may be a reason for Niantic to continue having different forms in raids.

We’re also seeing them return to raids with shiny forms (but not for the Therian forms yet). Landorus is the only one that really stands out in terms of PvE usability, but the others may have uses too. Perhaps that’s why it’s Therian Forme isn’t listed as coming out this month; we’ve inquired with Niantic. 2/25 Update: PR has confirmed, “Landorus is getting its Therian Forme as mentioned in the Season of Legends announcement blog. Dates for when that is happening will be announced at a future date.”

In the meantime, however, here is March’s legendary raid schedule:

We also got our usual summary of the March events, and it seems like a lot. First, the Research Breakthrough pokemon will be Gible, a fairly rare and powerful Dragon/Ground-type that gets a Mega form you won’t want to miss. Speaking of Megas, March 16th at 10 a.m. local time is set to be the release of a new Mega. It could be Mega Garchomp, but I’m not quite sure we should get our hopes up yet. However, March 16th through March 22nd will be an Electric pokemon-themed week, so Mega-Garchomp would make a strong counter. Theme-wise, though, Mega Manetric is the only Electric-type Mega we don’t currently have. 2/25 Update: As Reddit user WattebauschXC noted, Niantic may have dropped a hint by telling us to keep an ear out. With Easter around the corner, this may be a hint about sexy-Easter bunny Lopunny or, less likely, Audino, getting their Mega form. 3/9 Update: It seems our original prediction was right, as Niantic has revealed Mega Manetric will be the new Mega Evolution to appear during the Electric event.

While we have the usual Wednesday 6 p.m. raid hours (with bonus experience for 5-star raids this month) plus a slew of Splotlight hours as usual, Niantic is also testing bonus hours on Thursdays at 6 p.m. local time. March 4th will have Rocket Balloons appearing more frequently, March 11th will grant bonus candy granted from the Mega-Pokemon type-share catch bonus, and March 18th will be a Mega-Pokemon Raid hour with Mega Raids being more frequent.

For players who want regional pokemon and are willing to pay for remote raid passes despite Niantic’s recent transgressions, the company’s announced local regional pokemon returning to raids out… now! For example, if Australian players are looking for Tauros, they’ll need friends or use third-party tools/communities to find an American player to invite them.

Regarding the Kanto Tour: Players who are working on the Masterwork Research requirements and are in need of 30 dragon pokemon to catch will want to know that Niantic has mentioned that each hemisphere will have a dragon pokemon (dratini for the north, bagon for the south) as rare spawns. We don’t know how rare that is, but if it ends up being as generous as the “rare” spawns during the Kanto Tour, it shouldn’t be too awful, aside from Snorlax’s spawns.

As for the previously mentioned February 28th Rocket Event, players may want to mark which Shadow Pokemon they want to use Charge TMs on prior to the event, as these events don’t come for months at a time. If you’re short on TMs, remember that the PvP League Matches often give these as rewards, as do raids. We’re not sure which legendary pokemon Giovanni is bringing with him, but you’ll mostly likely want to save a Charge TM for that. While there will be three free Remote Passes for people unable to leave their homes, Niantic is once gain pushing people to go outside by giving five Daily Raid Passes. 2/27 Update: There have been multiple reports that the birds do have their legacy moves, so the event it certainly more interesting now! 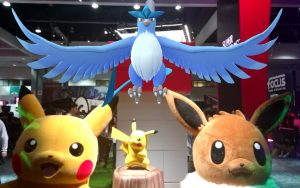 As for Giovanni’s Legendary Shadow pokemon, we’re not sure what the event will bring, but we have been told that the next few months will follow the Legendary Birds’ number names: March for Articuno, April for Zapdos, and May for Moltres. We’ve been told that “other opportunities to earn Super Rocket Radars at the beginning of each month this Season” will be available, so maybe Niantic is giving us more chances to have good Shadow Birds.

March 6th is Fletchling Community Day. This is kind of a surprising pick, as it’s a Generation 6 pokemon; Community Day Pokemon previously only covered Generations 1-4, so Niantic completely skipped Gen 5 here for some reason. Like many of the 2020 Community Days, this is largely for the PvP crowd. Talonflame, its final form, will get the quick move Incinerate, which helps it pick up critical wins in both Great and Ultra Leagues, including relevant meta water types, like Swampert and Jellicent.

We have a few more new events too. The period from Tuesday, March 9th, to Sunday, March 14th, will be a “Searching for Legends” event, which will bring players a chance at finding shiny Nosepass and… well, that’s about all we know about that event so far.

Sunday, March 14th, will be a psychic and steel incense day, and Niantic made special mention of beldum, which will hopefully also have a chance to learn Meteor Mash again because its final form is practically useless without it. 3/4 Update: Dataminers found a hint that Meteor Mash may be available during this event! 3/8 Update: It’s official, Meteor Mash is making a return for the event!

Wednesday, March 24th, to Monday, March 29th, will be “Weather Week,” celebrating the Nature Trio Therian forms and releasing more avatar items in the shops. As Landorus’ Therian form is mentioned by name, perhaps this is when it’ll be released? 3/16 Update: Niantic released more details about the event, most importantly the release of Shiny Rainy Castform and wild Stunfisk spawns. Therian Landorus was teased, but no specific details have been given yet.

There’ll also be a “Special Raid Weekend” featuring Legendary Pokemon from Saturday, March 27th, through Sunday, March 28th. We don’t have any details on this yet, but stay tuned. We’ll be getting a free Remote Raid Pass every Monday, and with the others we’ve been getting lately, you may want to consider holding a few if possible. 3/23 Update: We at least know that Rayquaza with the event charge attack Hurricane will be available. It’s barely an upgrade in terms of Flying DPS, which is already limited in use, but it’s still among the top Dragon types, and has a cool shiny Black varient.

Finally, we have some quality-of-life changes coming up (3/11 Update: Changes are live). XL Candy will be guaranteed from catching evolved, Legendary, and Mythical Pokemon, making it easier to power up those raid pokemon, but also making it significantly easier to max out a Melmetal. You’ll also have a chance to get XL Candy from walking your buddy and trading pokemon. It’s going to be a busy month for sure!

2/26 Update: We also noticed Niantic’s Season 7 post had some information either added or easily missed since it’s 2/22 announcement. The new season, starting March 1 at 1pm PST, will include more evolved pokemon (meaning more XL Candy), Frillish at rank 10 instead of 20, (potentially shiny) Rufflet at rank 15, plus bonus XL Candy for pokemon like Medicham, Pupitar, Scraggy, Stunfisk, and more.

Palia promises plenty of customization for characters and homes in Twitter...

Fallout 76 gets players in on the trick-or-treat action