Camelot Unchained appears to be very eager to show its work as it begins the task of working through its latest 90-day plan. Starting with the weekly Top Ten-ish, there’s word on continuing work on the Alchemy system, the addition of the Fir Bog race to the game, the introduction of fog to the Verdant Forest, and the start of work on other locations in the RvR3 Veilshards map.

A great deal of that list’s development is further outlined in the most recent newsletter, providing an even closer look at elements made for the Verdant Forest biome as well as a deeper breakdown of the new volumetric fog, some artwork designs of the female St’rm and the female and male Valkyries, and a breakdown of the team’s plans to build up Veilshards, which involve ensuring each faction has equal landmass, the creation of ports, and some further peeks at the Verdant Forest and Golden Plains in-game and in concept art respectively.

Finally, while we covered the 90-day plan’s reveal last week while it was on stream, the devs have now released the entire document for gamers to read. 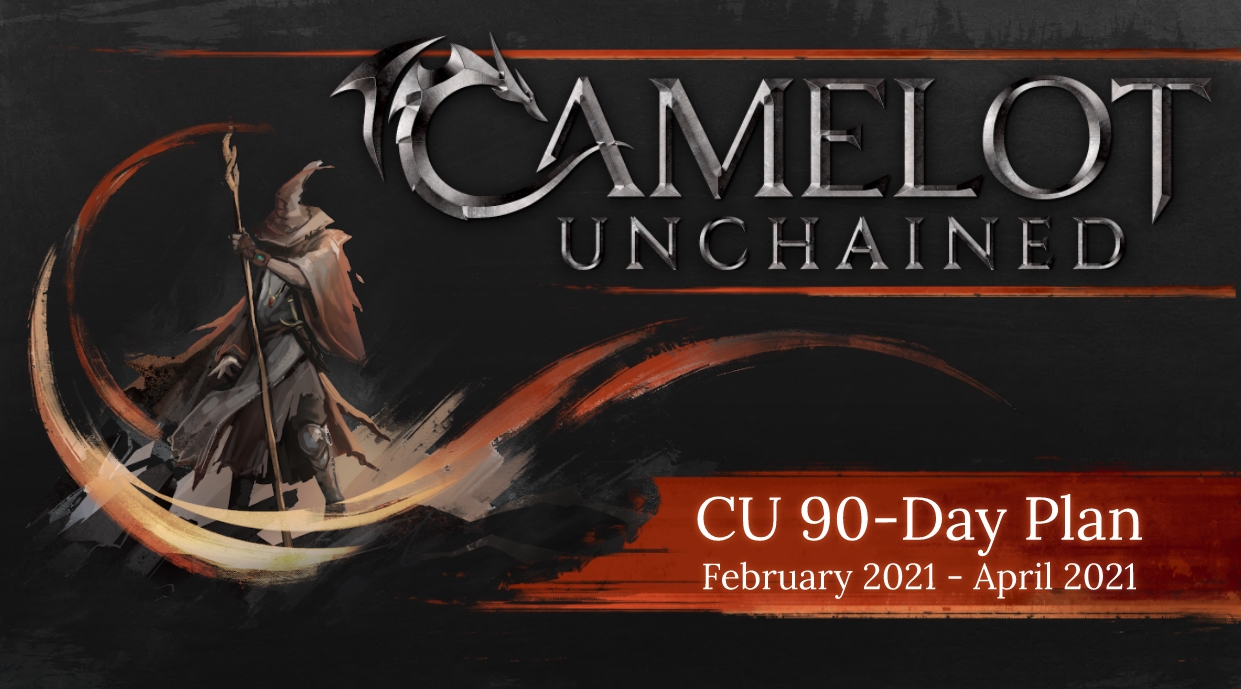 Games coming along and looking good.

Unless I’m confusing it for another game, some of the races look neat. (I think this is the one with the winged dragon people?) I’m not the target audience for most of the actual gameplay though.

Yes, you are right. I don’t know if we are the only game with winged dragon people (I doubt it) but we’re one of them. Hopefully you’ll like some of our other races as well, even if you don’t want to play the game.

Thanks for checking us out!

I’m most interested in seeing the RvR3 come to life! Cool screenshots, I like particularly the giant with the heavy armor in the verdant forest.

You will. Work has already begun on the Golden Plains and the rest of RvR3 in various stages/disciplines.

As to the Giants, glad you like them, they are coming along nicely.

What I would like to see in a 90 day plan is a commitment to get caught up on refunds that are still outstanding from early 2020 and all of the refunds since as well. I am on day 360 of waiting for mine and it seems like at this point it should be considered a serious enough issue to warrant being addressed in a 90 day plan. Especially since the original refunds were promised in up to 90 days it seems like it would be a fitting place to include a commitment to finally fix the issue.

I wondered if you were still waiting, probably not the first to go over a year now.

Well, according to the official sub reddit the last refund that has been reported to the public (2 days ago) was received on 2/21/2021, that person says they had requested their refund 2/2/2020, and that isn’t even the first time I have seen someone say they are waiting over a year.

Five more days and you get a hat.

Let me guess the hat will arrive in ‘up to 90 days”? LOL….Sorry I couldn’t resist.

You should be just fine, please let us know on the Forums if it isn’t.

My fears with volumetric fog is the massive hit it has on performance for many systems. Its one of the first things to disable when you start seeing your framerate drop. Hopefully we will have the option to disable it.

As we add to the fog system we’ll continue look for issues such as FPS drop. What we have seen to date is that there aren’t major issues on CSE’s machines of course or we wouldn’t have released it. But as more players get in on the tests, we’ll get videos from them and DXDiag’s and go to work on anything we see from the data.

FS:R has issues with fog with the current build because it was using a hack I put in while waiting for the real system. CU, to the best of my knowledge, had no major issues.

Have you seen issues with it in testing?

havent tested since the fog was added. Just speaking general. In most games that have volumetric fog, disabling it (or setting to low when the devs dont give the option) is one of the top ways of increasing performance.

Got it. And yeah, you’re right that it is a problem in a lot of games. As of when we put it in, we didn’t *think* it would be a problem in ours as we ran it through its paces. Now, that doesn’t mean there isn’t a problem(s) lurking out there but that’s why I wanted it pushed in, as quickly as possible, to the weekend tests.

As always, we are happy to push out “unstable builds” for our Backers to get the widest possible range of combinations of gpus, cpus, and locations.

What I want to do in our next 90-Day plan is get our European servers up and running for some tests since we are currently looking at things like movement speed, UI responsiveness, etc.

get our European servers up and running

Wait! What?! Did I miss something? Is that something you talked about in the stream? These are great news!

Nope, didn’t focus on it as it was beyond our 90-Day Plan. I didn’t want to talk about stuff on my list until it became part of “our” list. :)

Before we go 24×7, we need to make sure that our European Backers get their shot at playing off “local” servers.

Thanks Chris and MOP, as always.

And hopefully this week we will talk about the Alchemy system. I’m working on the presentation now.

Do you have a class system in place? Those abilities seemed so thematic for race that i felt like it wouldn’t be a specific class.

BB, there is a Crafter class under which Alchemy and the other areas of expertise will fit under the class. In CU, you don’t become an Alchemist as a class, you become a crafter and then you can choose where you want to spend your time/energy. There is no “Choose your profession(s)” as a hard-choice, only as a soft-choice with which you are free to mix and match to your heart’s and Vox’s content. :)

It’s like a soft version of Ragnarok Online’s job system? Like, your craft class stands on similar grounds to your combat classes? Instead of having a class system and a profession system?

BB, yep. Crafters are going to be defined by what they do even more than Combatants so I believe the analogy is correct.

FYI, just finishing up the first pass on the Alchemy Presentation. I’m right on schedule for a presentation this week.

Excited to see what you’re “cooking up.”

[I’ll show myself out]

BK, nice! I’ll try not to lay an egg with the presentation! :)