You may have had your fingers in an MMO lockbox or two over the years, but we’re willing to bet that you don’t count your openings in the thousands. But that’s exactly what YouTuber CasualSAB can claim, now that he’s opened an astonishing 12,000 Infinity lockboxes on Star Trek Online’s test server.

END_OF_DOCUMENT_TOKEN_TO_BE_REPLACED
The point to this exercise, obviously, was to see what was inside of them and what the odds of desirable items dropping (since Cryptic declines to share that information). The test server is the best place to do this, as there’s a way to copy over lockbox keys without spending them for good.

So what did CasualSAB find? “The ‘grand prize’ drop rate is consistent with what it was 7 years ago with previous test. On average, I got a ship once every 240 boxes (a 0.417% drop rate). However, it is important to note that a ship is not guaranteed every 240 boxes. As you can see in the raw opening footage, I had several periods of no ships dropping for hundreds of boxes.” 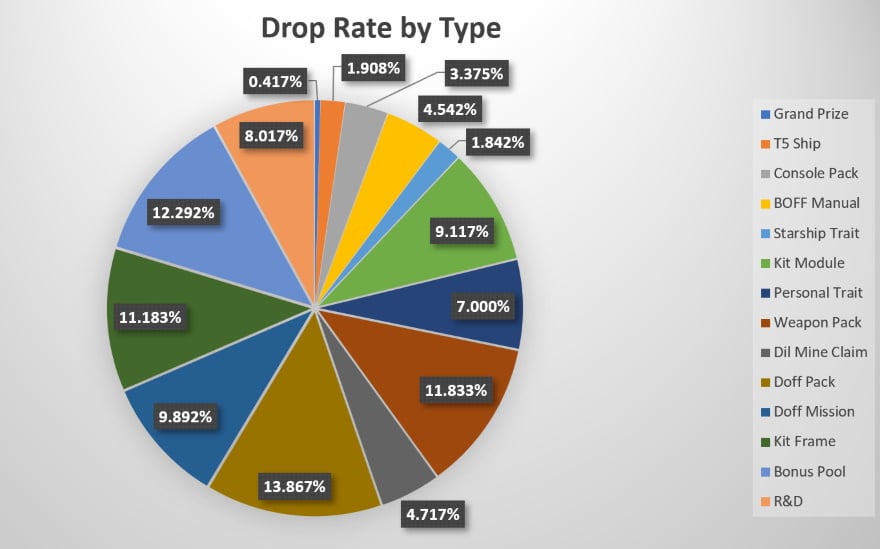