As I mentioned in our Nintendo Direct February recap, the Mario-item crossover in Animal Crossing: New Horizons included functional warp-pipes, bringing fast travel to the series for the first time. Since I’m an Asheron’s Call fan with an AC themed island, being given the tools to recreate the fast-travel Arwic Hub (or the Town Network) seemed like a super fun idea to me. However, the warp pipes are quite different from how I imagined. While there is some good information out there about how they work, I thought I might break it down a bit for readers who also had some pie-in-the-sky ideas.

Warp-pipes are a new item that can be bought from the Nook Shopping Kiosk/app. They are singular items, not pairs, so you will need to buy one for each area where you wish to place one. If can’t wait a day to receive your pipes, you can ask a friends to send you two as a gift, then offer to do the same for them.

For anyone familiar with the Mario games, know that warp-pipes take you from Area 1 to Area 2 and – in some games – back again. Simple, right? But there are a few rules for their function in Animal Crossing:

I’m sure you’ve already got a few ideas on how you might want to use your pipes now, but let me drop a few that you may not have considered. 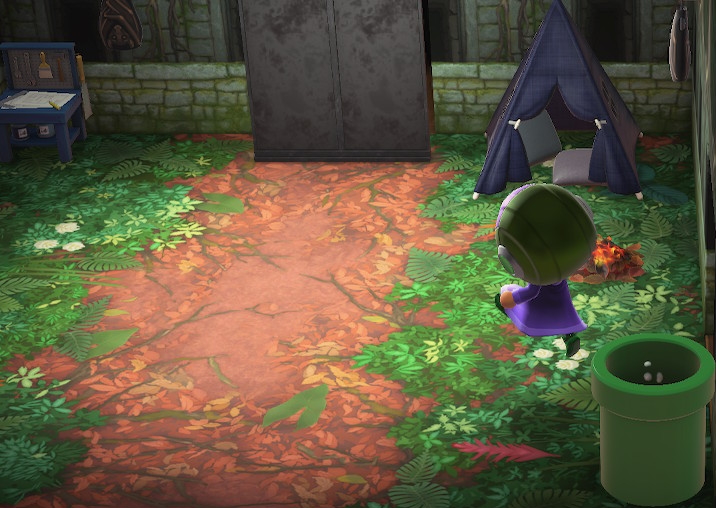 The biggest thing to remember, however, is to keep it simple. For example, if you try to make a maze but also want fast travel to and from your house, the random-exit rule will make it so that trying to do either task may end up taking even longer. This is also why a maze should be limited to two houses and not three or more, unless you really think you can make a satisfying maze that works with the random-exit element. Worse though, is if you try to limit visitor access with idea #5, but have a pipe that leads outside the fenced-in area, completely defeating the purpose of restricting visitors’ island access. Be careful!

While it would have been nice if Nintendo had sold the items in pairs or created a way to set entrance/exit locations for more fine-tuned use, the warp pipes still give players more freedom and function than we’ve had in previous games. With any luck, Nintendo still has updates that will wow players and introduce new elements to the series, hopefully without removing any. I’m still waiting to hear about gyroids and Brewster, Nintendo!