City of Heroes’ Homecoming players have a bit to look forward to this weekend, as Page 2 of Issue 27 has dropped on the beta/test server. While it’s not as massive as Page 1, it’s still plenty big – and might even make more people happy. Let’s dig into the highlights:

Tour Guide Missions – The player devs are making use of the tip system to drop special missions that’ll help street sweepers (players just wasting all the bad guys in the streets) pick up exploration badges along the way. All told, that amounts to 288 exploration missions.

Travel Powers – The game’s original and modded travel powers are getting a massive update that essentially make them worth taking (as it stands, a lot of folks skip them and just cheap around on freebie jetpacks and such). They’ll stack with other movement powers; slotting will matter much more; and they’ll be way more powerful. This is pretty huge, as players can now use Super Jump and Combat Jumping (or Fly and Hover) together. Several power pools pick up new powers too. This is one of those changes that affects pretty much every character in the game.

Concealment – The Concealment power pool will see a big radius buff to Stealth, which is now merged with Invisibility, and the additiion of the Infiltration power, which is a speed-and-stealth combined power. These changes, combined with the travel changes, have meant changes to several other powers in other sets that included phasing. 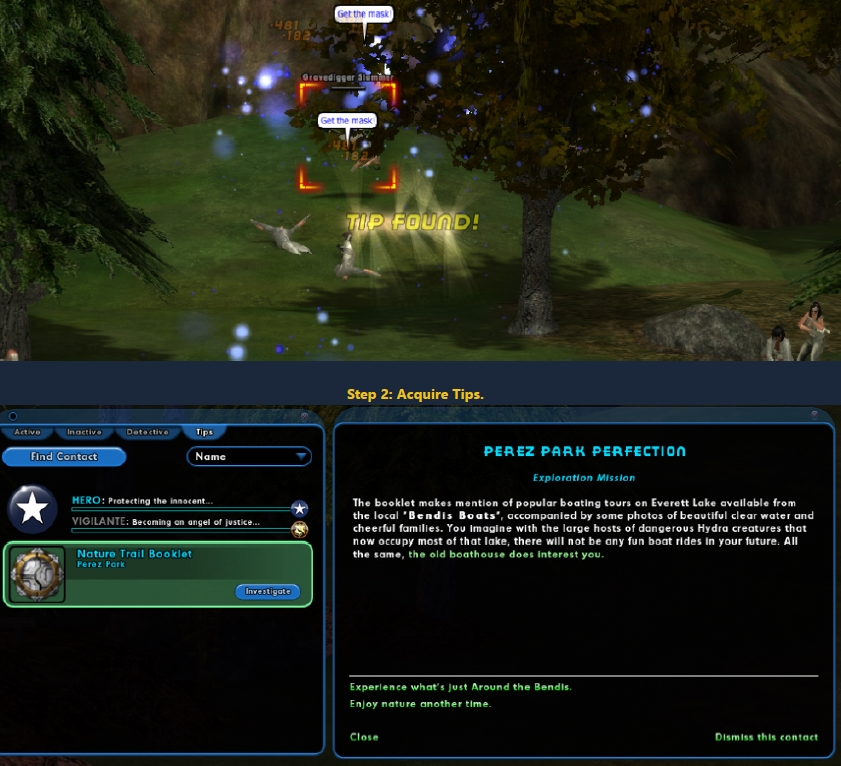 Cast times – There’s small batch of changes for Masterminds, including the reduction of cast times and endurance for summons (meaning you can recover in fights more easily). The Mercenaries set (and equivalent Assault Rifle set) have seen cast times reduced too, along with around a dozen other random powers (like Choking Cloud, Hail of Bullets, and Ice Patch).

Rooting – If getting “rooted” by your own power’s animation always annoyed you, you can breathe more easily, as activation times and animation rooting have now been decoupled. “Powers now decide how long they should root the character for, not the animation.”

Other Missions – Several missions added with Page 1 have seen balance and QOL tweaks.

PvP – No kidding, there’s a big batch of mez and mag protection for some powers in PvP, along with snipe changes and general PvP power balance.

Interface – Finally, the devs have added /thumbtack, /whereami, and /loc commands to allow marking the minimap.

You can read the whole patch notes over on the official forums. My favorite line? “The inter-dimensional Katana and Bow thief has finally be caught and brought to justice! (fixed Katanas and Bows frequently being invisible to other players).”

Homecoming, of course, is one of several rogue servers (server sets, in its case) for City of Heroes that arose in 2019 following the release of the game’s code into the wild. Homecoming was and is by far the largest, but there are plenty of others to check out if you like your servers with a different flavor. Homecoming is also the server group that has been negotiating with NCsoft for some sort of legitimacy for the better part of the last two years, but there’s been no public news on that front except that they’re still ongoing and NCsoft isn’t taking action on the more reputable servers.