As I am someone who is at best lukewarm to the Star Wars franchise, nearly as ambivalent toward shooters, and almost entirely uninterested in competitive play, Star Wars Battlefront II is not a game that was ever on my radar. If not for its infamous lockbox fiasco, I may have never given it a second thought, which is perhaps an example of any publicity being good publicity.

But Epic Store giveaways have led many of us to playing games we might otherwise never have, and such is true of me and BF2.

Between my own lack of enthusiasm for its fundamental concepts and the fact its name is now practically an epithet in the gaming community, I went into this game with very low expectations. However, much to my surprise, what I found was game that — despite some flaws — is actually pretty fun.

Before I go any further, I should address the elephant in the room. I have gone on the record in the past that I think lockboxes aren’t actually that bad and that the furor they generate is usually overblown. That said, I also don’t think they’re a good thing, and by all reports BF2‘s initial monetization strategy was among the most egregious ever attempted – perhaps even worthy of the outrage it generated, for once.

That said, while I haven’t followed the game closely enough to know all the details, it’s clear that’s all a thing of the past. Lockboxes are entirely gone now; they linger only as a vestigial UI element occasionally used to claim achievement rewards. Cosmetic rewards can be bought with cash, but they can also be earned in-game or granted off the bat if you have the Celebration Edition, which is what I got from Epic. The cards you use to level and customize characters are earned through leveling in multiplayer. Whatever its past, Star Wars Battlefront 2 now has one of the least invasive monetization models in online gaming.

The first thing that struck me when I started playing was the sheer overwhelming scale of the game and its variety of content. In addition to a full story campaign, there’s a selection of PvP, co-op, and single-player game modes so wide I can’t even describe them all if I still want to have space in this column for anything else. 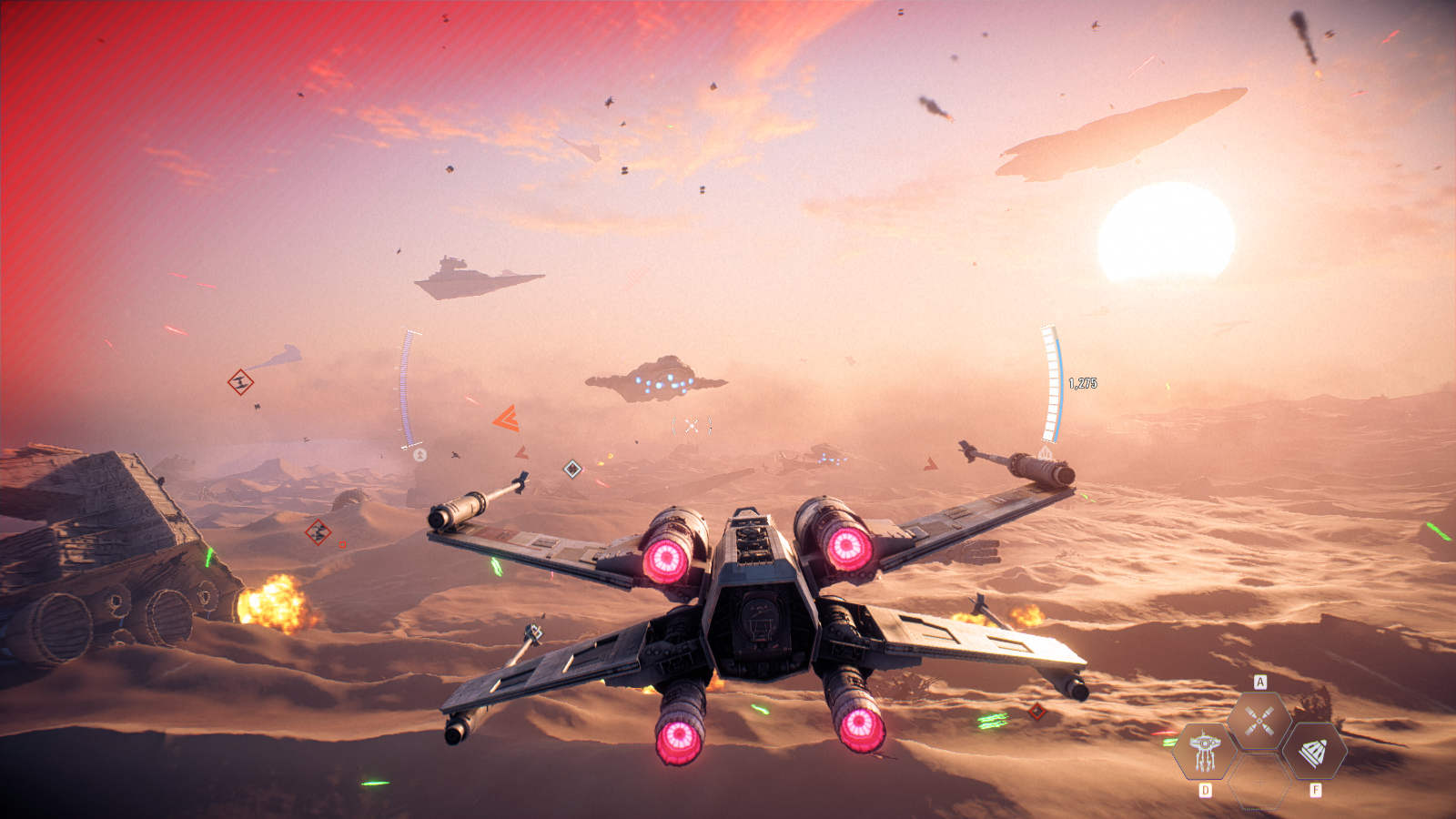 I can generalize, though. In most modes — PvP or otherwise — you start out as one of a few classes of basic soldier and earn “battle points” over the course of the match to earn the right to play as more powerful soldier classes, vehicles, starfighters, and even iconic heroes of the Star Wars universe, like Darth Vader, Obi-Wan Kenobi, and Kylo Ren.

The majority of game modes also include numerous NPC footsoldiers on both sides, adding a sense of epic scale appropriate to the Star Wars universe.

The large scale of many of the battles also helps make the game a little more friendly to raw noobs like yours truly. With over a dozen players and even more NPCs on both sides, the harm an unskilled player can do is pretty minimal. It’s low-pressure. I actually had some fun doing PvP matches, as long as I kept to the bigger modes, and considering how far outside my wheelhouse this is all is, I’d say that’s pretty impressive, though it’s still not something I’d sink a lot of time into.

While playing as soldier can be fun enough, I must say I found the game only really shone once you managed to unlock the more powerful stuff, especially heroes

Even with my lukewarm feelings on the Star Wars universe, I felt no small thrill from being able to step into the shoes of legendary figures like Vader and Rey. Their powerful toolkits and larger health pools also make for much more engaging gameplay than being a simple grunt.

For all the wealth of game modes BF2 has, I am surprised and more than a little disappointed that there is no mode that lets you play purely as heroes in a larger battle. The only hero-only multiplayer mode is a small-scale PvP death match. A MOBA style-mode where teams of player heroes fight alongside and against hordes of NPCs would be perfect for this game, but it’s nowhere to be found. 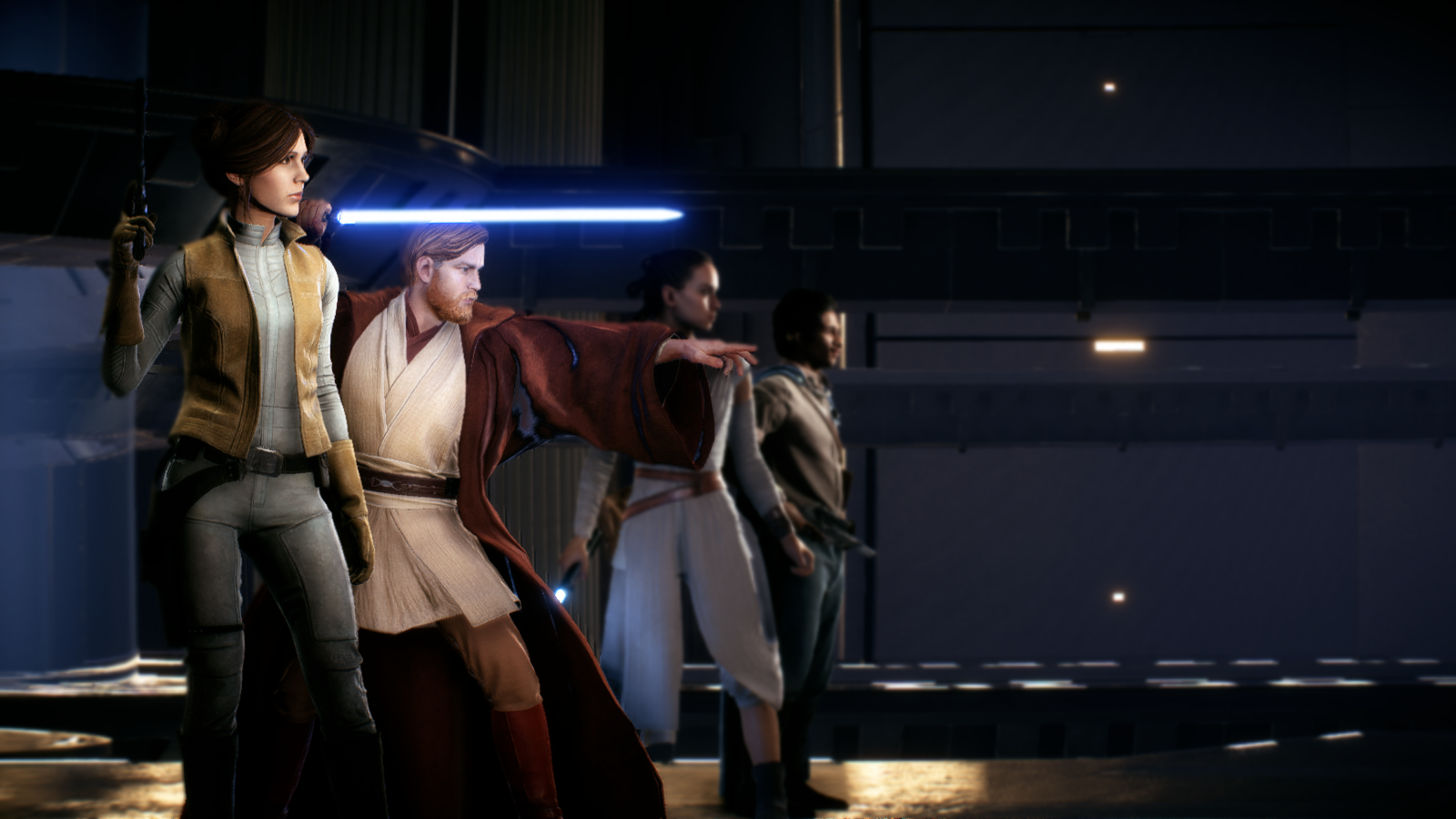 (There is one mode that does let you play as a hero against an NPC army, but it’s single-player only, very predictable, and frankly kind of boring.)

That feeling of “almost but not quite” is found throughout BF2. My initial impression was very positive, as it turned out to be a far bigger and more fun game than I’d imagined, but many smaller annoyances crept in over time and began to hamper my experience.

Single-player, PvP, and co-op all have their own match types, and I don’t understand why. There’s enough overlap between the options that it’s surely possible to have PvP, co-op, and single-player versions of every kind of match. For whatever reason, EA just chose not to do that.

The single-player story, meanwhile, is another case where the game is a lot better than I expected but still falls just short of being truly great. It has a great sense of spectacle, and the characters are very well-realized, but the story just moves too fast, with major turning points happening too quickly to be believable. (Then again, that also describes most of the movies, so you can’t really say it’s not authentic to the Star Wars experience.)

BF2‘s co-op missions felt like the closest thing I’ve seen to StarCraft II‘s co-op experience, so I was excited at first, but the AI difficulty is tuned a little too high for the average PUG. There isn’t really any penalty to loss, but it still doesn’t feel great to be only winning maybe 40% of matches. Why not offer different difficulty settings for co-op play? 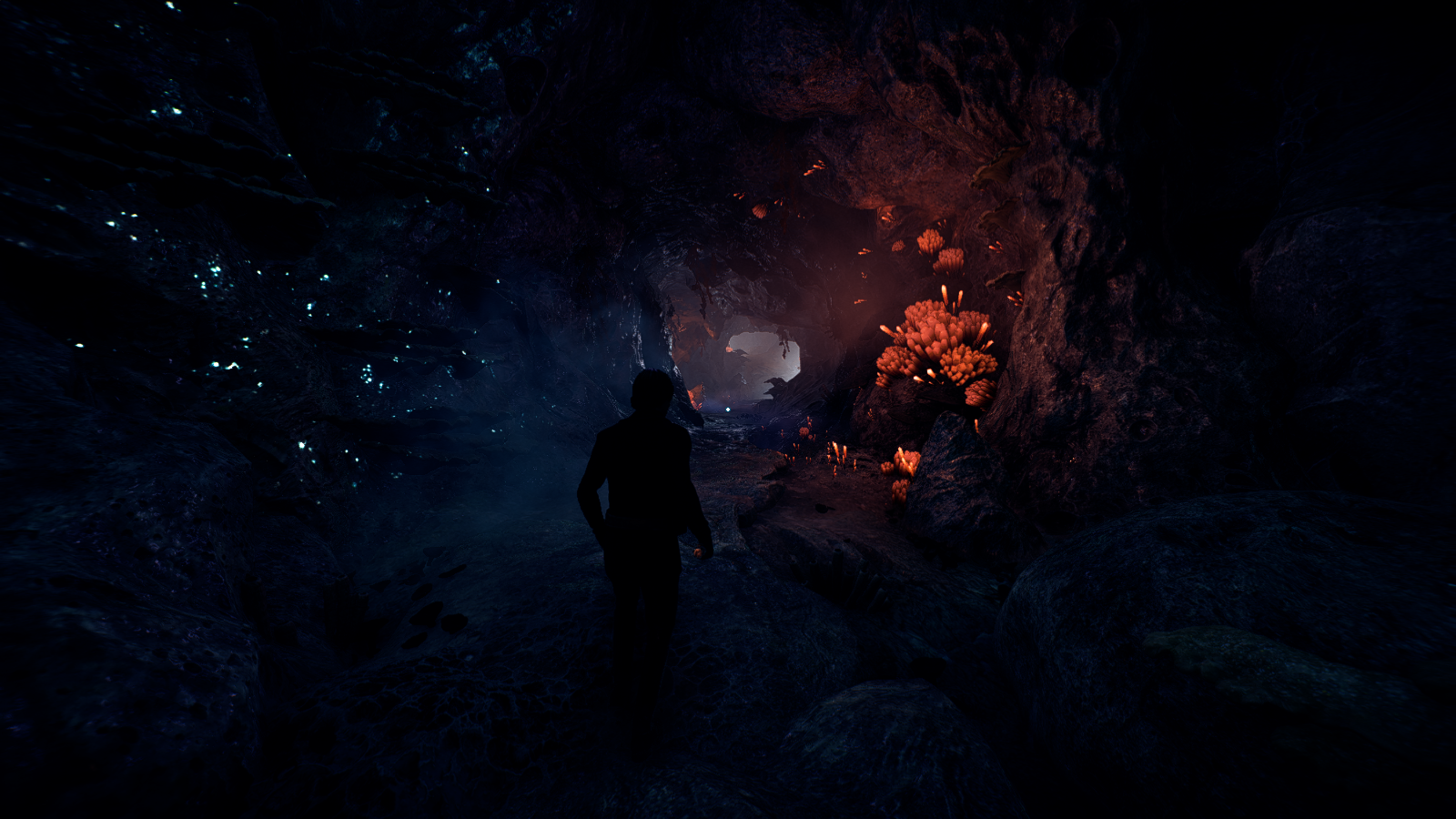 One other issue I did notice in regard to PvP is that there is either very poor matchmaking, or almost no one new is still joining this game because every match seemed to put me against experienced players with fully leveled characters. Needless to say this didn’t make for a great experience, especially in the smaller arenas.

On that note, while it’s good that character leveling is no longer based on RNG lockboxes, I’m not sure I really like the idea of vertical progression in a PvP game to begin with. It’s basically just making life even more unpleasant for new players than it otherwise would be.

I can see something of an argument for the need to unlock new perks, as that serves as a sort of soft tutorial, but leveling up perks is just grind for grind’s sake.

It feels weird to wish for more options in a game with so many options, but it is a bit of a shame active development has ended for BF2. There’s a lot of relatively small tweaks that could be made to improve it a lot.

Still, what’s there isn’t bad, and certainly much better than its reputation might suggest. And it’s not as if the game is dead, either. The population is robust enough to support nearly instant queues for pretty much anything, and there are regular weekly events — like double XP weekends — to keep things exciting.

It’s not a game I’d sink a lot of time into in the long term, but I come away from it with a far more positive impression than I would have expected.