It appears as though City of Heroes’ Sanctuary rogue server has suffered what could turn out to be a catastrophic outage.

The troubles began last Wednesday when the server went down – and didn’t come back. Neither did the website. By Saturday, the server owner told players on Discord that the hacking wasn’t a one-off thing; a hack event had been continuing all weekend, stymying progress to get it back online. “Sanctuary is closed indefinitely,” he wrote, or at least it won’t be back soon as the devs aren’t sure they can recover it without starting over. For that matter, it’s not even clear whether the hackers grabbed player data or are just scrambling the logins. 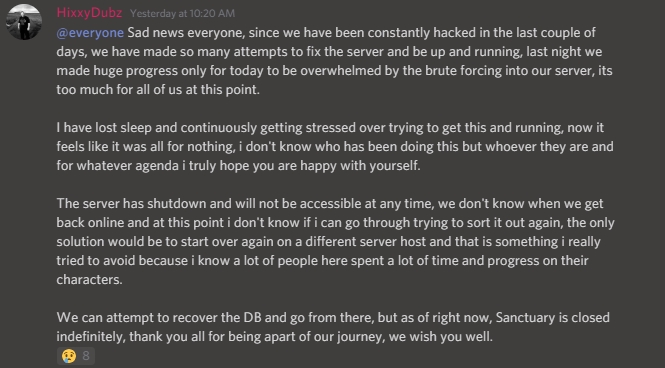 Sanctuary made our big list of City of Heroes servers last year; it was one of the more interesting servers, with quite a few (welcome) changes and additions to the game, like clockwork-themed Masterminds, water melee powersets, and new archetypes. So it’s a real shame to see this happen, both for the owners/players and for the community on the whole.

I’d like to be able to say that this is an unusual occurrence, but anyone who remembers the first few months of the game’s resurrection will know that a dark corner of the community did not appoint itself well, with hacking, doxxing, hoaxes, and harassment running rampant and driving servers offline. Readers will recall that someone even mocked up a fake MOP news story about NCsoft and circulated it in an attempt to terrify players and frighten would-be server operators. It was not pleasant.

A representative from the Homecoming servers said on Sunday that the team over there still gets these kinds of attempted server attacks “all the time,” though there’s no way to be sure theirs – or Sanctuary’s – has anything do with the usual City of Heroes drama specifically. 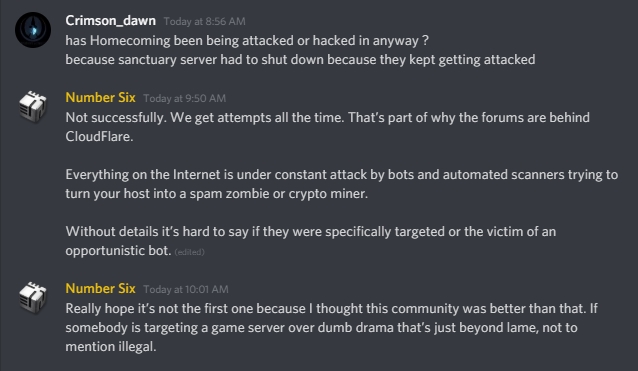 Wishing the Sanctuary folks luck in restoring the server.

Source: Sanctuary. With thanks to Apparition.
Advertisement