Last night was an absolute info dumping from Elite: Dangerous regarding its upcoming Odyssey expansion, with announcements, livestreams, and videos galore shared over a couple of hours.

Heading off the list is a detailed roadmap for the Odyssey alpha test, which will roll out in four phases. The first three phases will have testers starting out with a pre-made character and sees players starting out in a single star system initially to maximize interaction, with layers of items, features, missions, and play area added in each successive phase. By the time Phase 4 begins, tester accounts will be snapshotted and carried into the alpha in order to test compatibility with existing game systems. Each phase should be about a week in length but may be extended due to testing needs, while there will be about two to three days between Phases 3 and 4 to integrate account data.

After that, the devs held a stream that, among other things, offered a walkthrough of one of Odyssey’s starports, which showcased several shops, some NPC interactions, and an eventual walk to a purchased Dolphin liner to board the cockpit and take off.

During the stream there was a Q&A regarding starport services and features that provided more nuggets of information, including the ability for players to haggle for better mission payouts based on character influence and the background simulation; the Vista Genomics storefront, where players can sell acquired DNA data scanned from biologic lifeforms; and Frontline Solutions, which will allow players to shuttle themselves into a nearby conflict zone where they pick a side and fight to secure control points.

Finally, Elite’s expansion was among the games highlighted during the Future Games Show Spring Showcase, with a summary of the Apex Interstellar transport service that lets players in populated systems buy a flight to nearby stations and planets. The video also promises a variety of different ground missions like bounty hunts, heists, and salvaging.

There are a whole lot of videos to take in below, while those who don’t have time to sit through the entire livestream itself can take in this synopsis from Reddit. 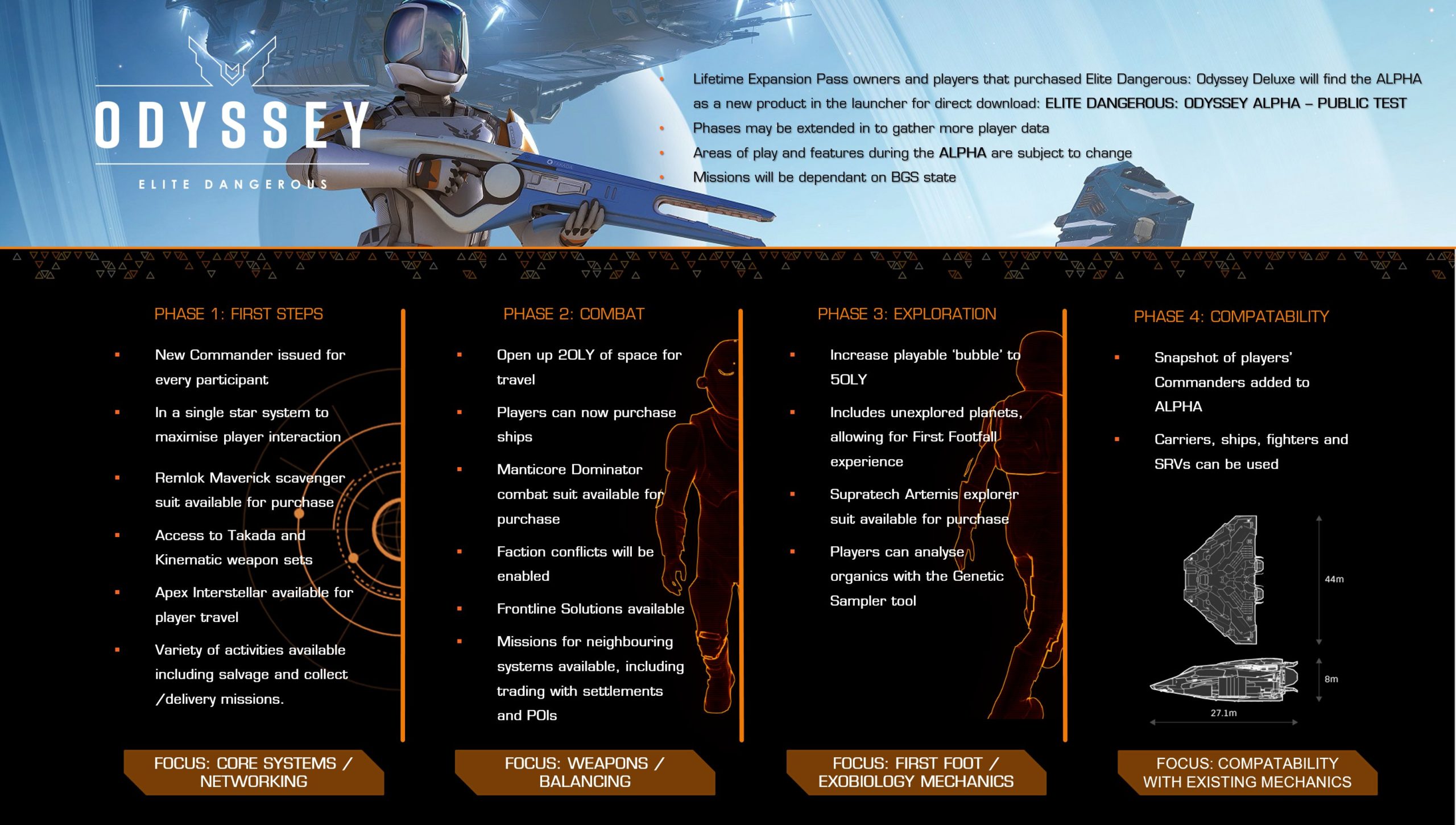