Yep. This certainly was an alpha test.

For those who are curious, yes, I bought my way in to the Elite Dangerous Odyssey alpha, as did my good friend Britarnya and my husband. The three of us were more than eager to make our first steps and have been excited for this first phase of testing ever since this past week started.

So, how did it measure up? As I said in the opening, this most definitely was an alpha test, with all of the rickety scaffolding and rough edges that would entail. But at the same time, it didn’t really take me a lot of squinting and tilting my head to see what was possible, either. 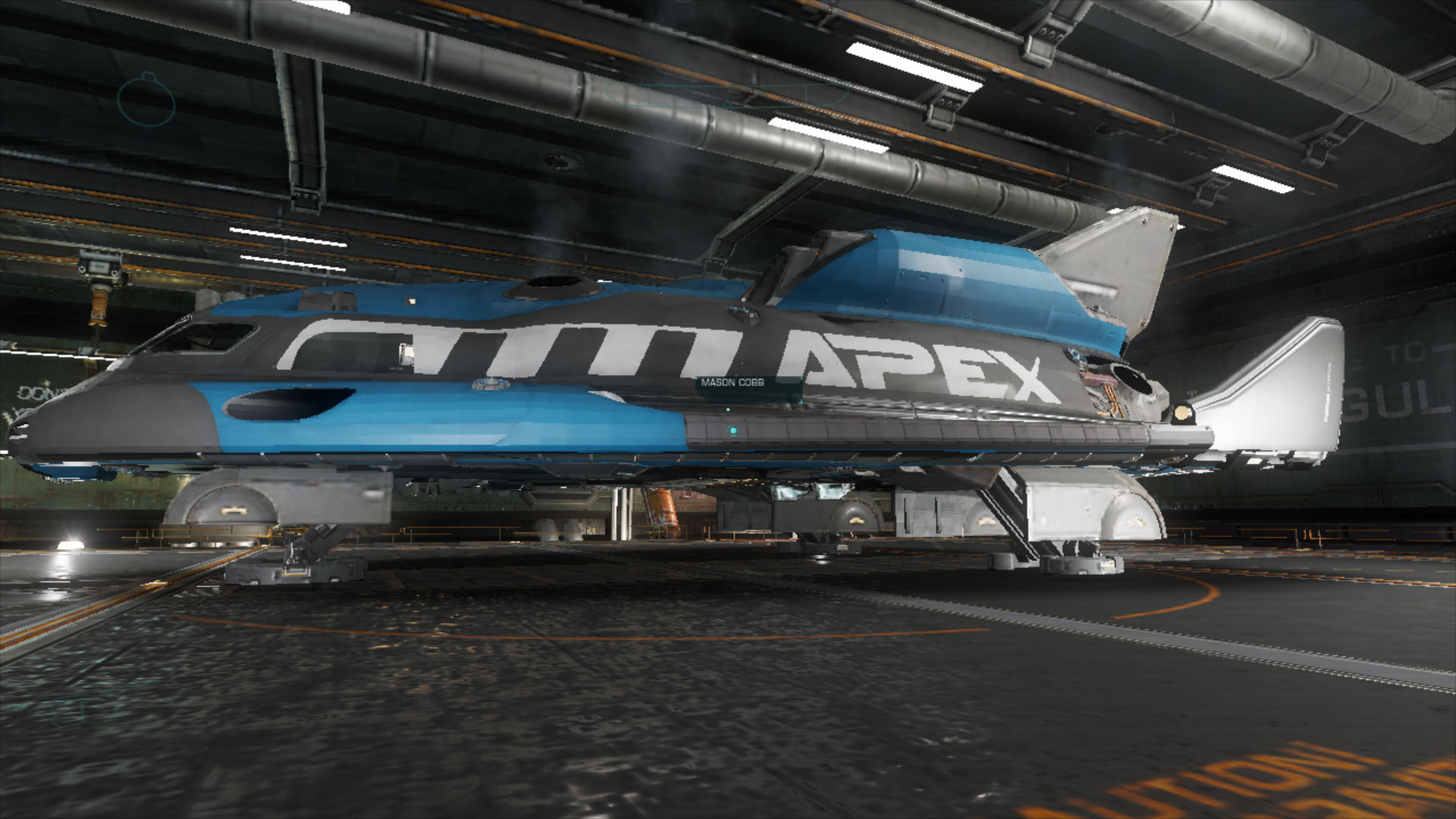 First, let me get to those aforementioned rough edges. The first thing that definitely was agonizing was the fact that everyone was forced to take taxis to every mission. While I understand why this had to happen — the system had to be tested and nobody would do so voluntarily if given the choice — it still was even worse than I had expected. The Adders that you are ferried around in feel like they’re the slowest things on earth, and they very often vector in to landing zones in baffling ways. Seeing my taxi driver nose in to a station pad, then rolling and twisting into position to touch down, hurt my space trucking soul.

Second, the way Odyssey introduces you to doing things was extremely poor, and not just from a testing standpoint. Much as in the base game, you’re pretty much kicked out into the universe and primarily made to figure this all out on your own, and if your first instinct was to hop in to one of the interesting-sounding combat scenarios or base restoration missions, you would very quickly find out that those instincts were wrong. I soon figured out that getting on the path toward doing those more interesting missions first involved doing delivery missions where I had to taxi to a location, pick up an item, and then hail a taxi back to turn in the mission. No fun allowed.

That leads in to my last pain point: Enemy NPCs that felt a little too well-geared at the interim, while the equipment granted to us at the start — a flight suit and a pistol — was a lot like setting yourself up to be enemy target practice. Even when I thought I was maybe getting close to completing a more action-packed mission, I would be cut down like paper, and whenever I ran in to hostiles at a base, I would be pretty much besieged by all of them at once as they had a keen sense for where I was at all time.

And you know what? I relished the challenge. 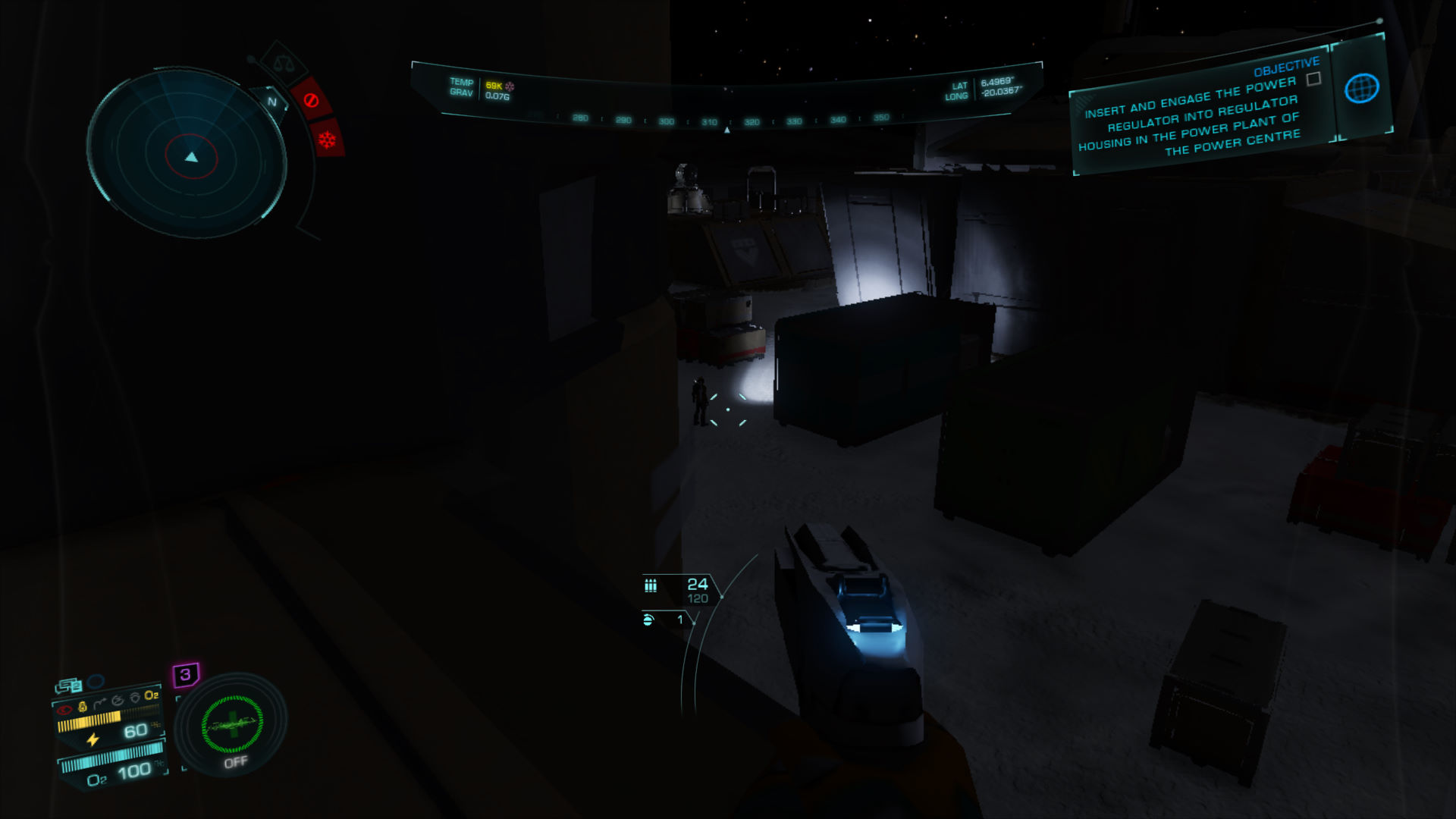 A lot of the fun for Elite Dangerous for me thus far has been trying new things, learning the ropes, eating failure, and absorbing the lessons I had to learn in order to build myself up. So it’s been for the vast majority of this first alpha phase, and once myself and my wingmates started building up the tools and the acumen to get things done, it really began to click. At least when we had enough money to buy the Maverick suit and a few weapons, anyway — a goal that was achievable with about three or four of those delivery missions I brought up before.

By the time I started feeling confident enough to do base restoration missions, I was almost immediately intrigued. One base restoration project saw the place overrun with hostiles, meaning I had to sneak my way around the patrols, cut the maintenance panel to the power station’s door, charge up the power socket to open the door, and then put the power cell I had into the power generator. Once I did this, the base went on high alert, requiring me to try a bit of cat-and-mouse to avoid all of the aggroed enemies as I moved from building to building to put out fires. Ultimately I failed, but it was such an engaging bit of gaming that I had to have more.

Once my two squadmates and I got together to run missions, it only got better. The mission preview video that was showcased a while ago wasn’t necessarily just for demonstration, as communication and coordination suddenly became absolutely vital. Having a plan and executing it was the way to go. 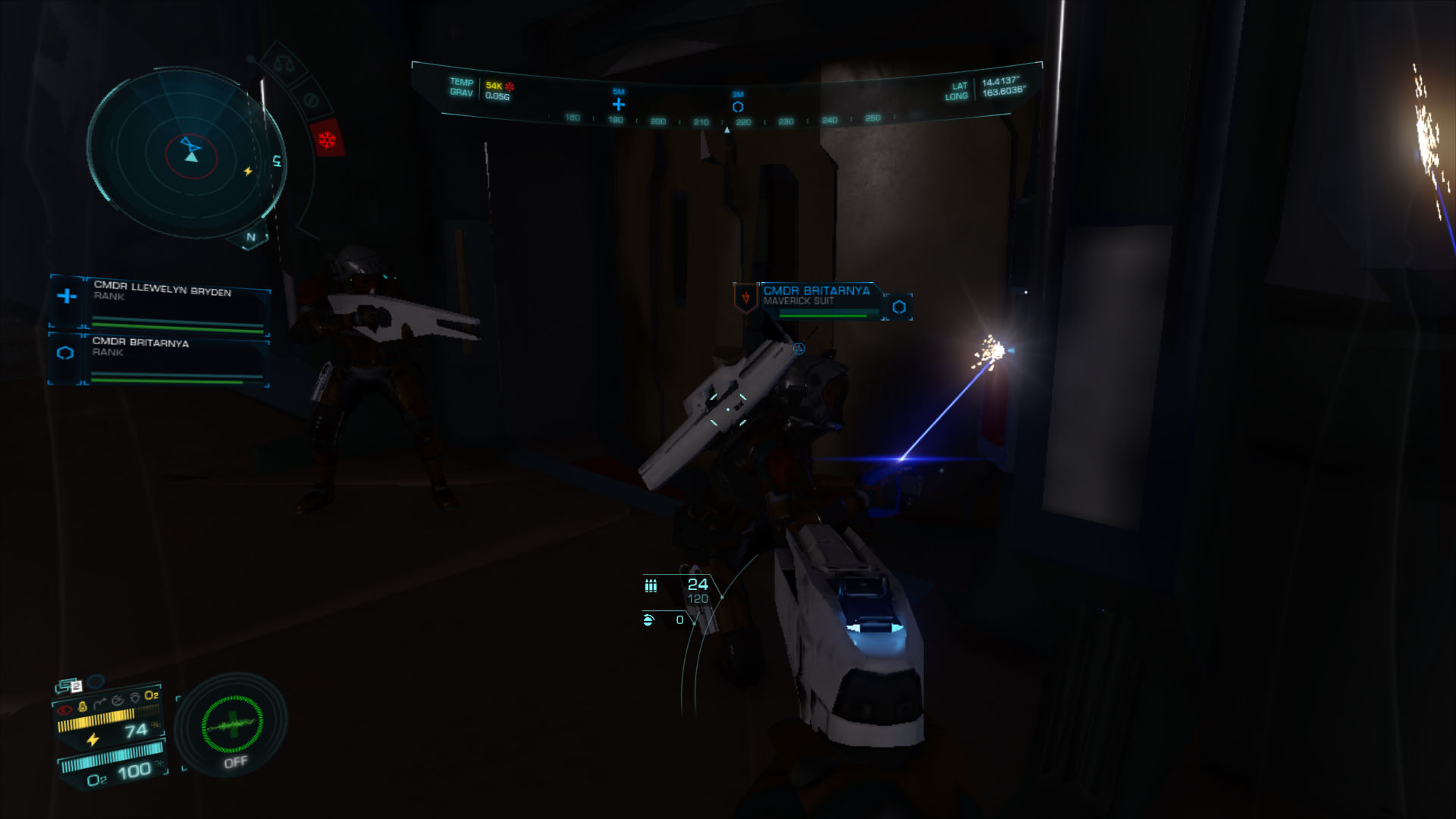 When we got to another base restoration mission that had no hostiles, we still had to coordinate as we powered things up and then talked our way to the locations of locked storage lockers and bins, with one of us reading out key codes while others scavenged. When we started doing combat missions, we called out targets, focused fire with the combination of weapons, and used the admittedly suicidal AI’s penchant for blithely running at us to our advantage. Of course, this does raise the question of how much of this is feasible solo and I’m hard-pressed to think much of it is. I once again admit that the good fortune of having a squad to roll with is an absolute advantage. And I kind of hope that doesn’t really change, honestly; this stuff feels better when done with groups of people.

There were certainly a couple of bugs and crashes. A lot of Odyssey’s systems are inelegant — there’s no share mission feature, meaning everyone in our team had to ensure we got the same mission though everyone got credit for completing objectives. There are some vital pieces of information that is either incorrect or missing, such as enemy threat levels in mission descriptions being wildly inaccurate, or me learning that I had to take a mission-critical item from the taxi’s storage into my personal backpack. And again, riding a taxi to a mission absolutely sucks.

But all of those problems can be smoothed out. They can be changed and updated. Frontier Developments is already being iterative and active, with a couple of updates made to the alpha build already and acknowledgement of player feedback. In phase two, we’ll be allowed to buy our own ships, meaning the taxi can be pretty much put in the bin where it belongs. Enemies can become both smarter and less overpowered in terms of gear. Energy management can be tweaked to be something to be careful about instead of a survival game hindrance. Because, again, this is an alpha. An actual honest-to-goodness alpha. 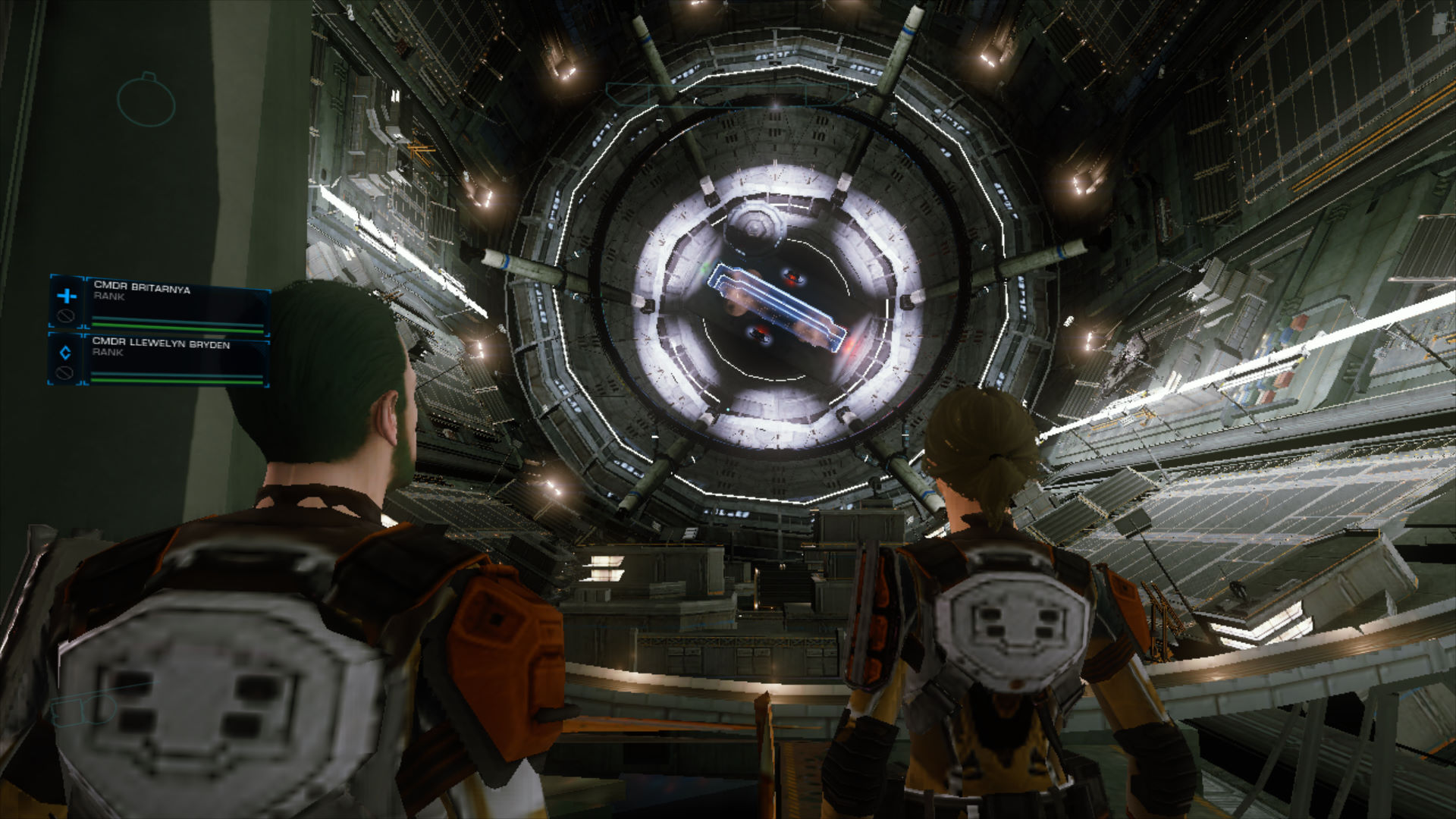 More than all of that, though, Elite Dangerous Odyssey feels like an expansion with potential. I’m already salivating at taking on more missions with higher threat levels. I’m excited to get to use more tools and my own established collection of ships. And I’m even more eager to do all of these things with my friends. In short, Odyssey is a new horizon for Elite Dangerous, and even though these first steps on the game’s new space legs were shaky, they already feel like they’re growing stronger. I can’t wait to see what’s next.

I’ve given up on the alpha until the next stage. After 32 hours in game, Most of which has been in the apex taxi, I’ve tested a lot of the missions and found them either too easy or impossible to do.

I’m not too concerned at the moment because this is only stage one of the alpha test (3 more to go) but if we get to stage 3/4 with the same issues, then I’d be worried.

Because, again, this is an alpha. An actual honest-to-goodness alpha.

Calling the game in such an unfinished state “alpha” six months ago would make sense. Calling it alpha today, a few weeks ahead of release as full $40 product, not so much.

Wake me up if they ever add player-housing and/or claimable settlements.