Cryptic and Perfect World Entertainment are known for their love of lockboxes as a monetization strategy. Therefore it was not wholly surprising when Magic: Legends open beta launched with a whole character class exclusive to its paid, randomized “booster packs” (lockboxes by another name). What was surprising was that the pushback was so intense that the studios ultimately backed down and decided to also grant the class, the Dimir Assassin, for completing all 50 levels of the current Battlepass.

I think this is an interesting situation, so I’d like to break down why (I think) Cryptic and PWE saw this as a good plan, and why it blew up in their faces so badly.

First of all I want to say again that I am largely OK with almost any mainstream monetization strategy for online games, as long as it’s not a mandatory sub fee or whatever Star Citizen is doing. I’m even nominally OK with lockboxes. I don’t like them, and I usually don’t spend money on them, but only because I don’t think they’re good value for my money. I don’t personally see them as unethical, and I’m not strongly opposed to their existence.

So it should say something that even I was annoyed at finding the Dimir Assassin exclusive to booster packs.

Why has this triggered such a strong reaction, even from me, in a way that Cryptic’s other lockbox shenanigans haven’t? It may not wholly be what you think. It is not — at least for me — an issue of balance concerns, or even necessarily opposition to the idea of exclusive, rare classes.

It’s important to understand that “class” in Magic: Legends doesn’t mean what it does in other RPGs. In most games, your class determines the overwhelming majority of what your character can do, but as I explained in my first impressions of the game, in ML class is much less important than your deck. I’d even say they probably shouldn’t have called them classes, as it sends the wrong impression. “Fighting style” or “mana attunement” might have been more accurate. 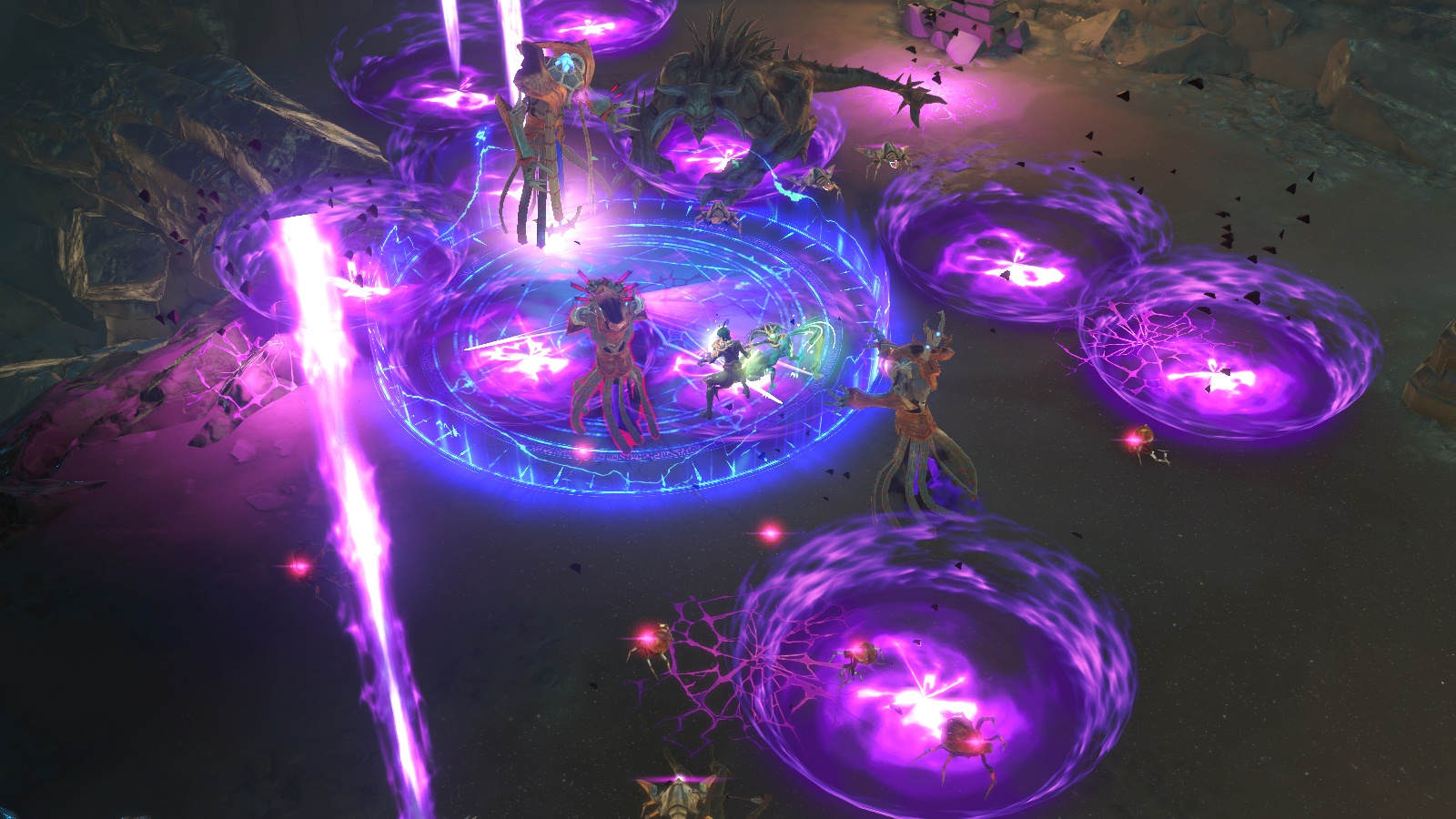 Essentially, another class here is more of a nice-to-have than a need-to-have, unlike classes in other games.

I also don’t think it’s necessarily an issue of ML‘s monetization being over the top in general. Dimir Assassin notwithstanding, I’d actually say it’s a relatively generous game, especially compared to Cryptic’s other titles. Even the booster packs are less obtrusive than the lockboxes in other Cryptic games; they don’t drop in-game to clutter you inventory, and the whole server isn’t spammed with a notification when someone gets something good from them.

So at least in theory, I don’t think the idea of a lockbox exclusive class is the worst thing. Obviously I’d rather not see it, but on paper, it’s not such a terrible thing.

The problem is rather the greater context of the game. When Cryptic came up with the idea of putting a class in the booster packs, I’m guessing it was inspired by Star Trek Online‘s practice of putting ships in lockboxes.

It’s not a bad idea — again, in theory, if not in practice. Selling ships seems to do pretty well for STO, and it’s not too bad a situation for players, either. A ship in STO is also fairly comparable to a class in ML. It’s important, but it’s not everything.

But here’s the difference: STO has a lot of ships. Magic: Legends does not have a lot of classes.

In STO, you can get access to a wide variety of ships for free just by playing, and even more are available for direct purchase from the cash shop. The ones that come from lockboxes are just one part of a much larger ecosystem.

By comparison, ML has just five starter classes. Putting one in a lockbox in that context sticks out like a sore thumb. 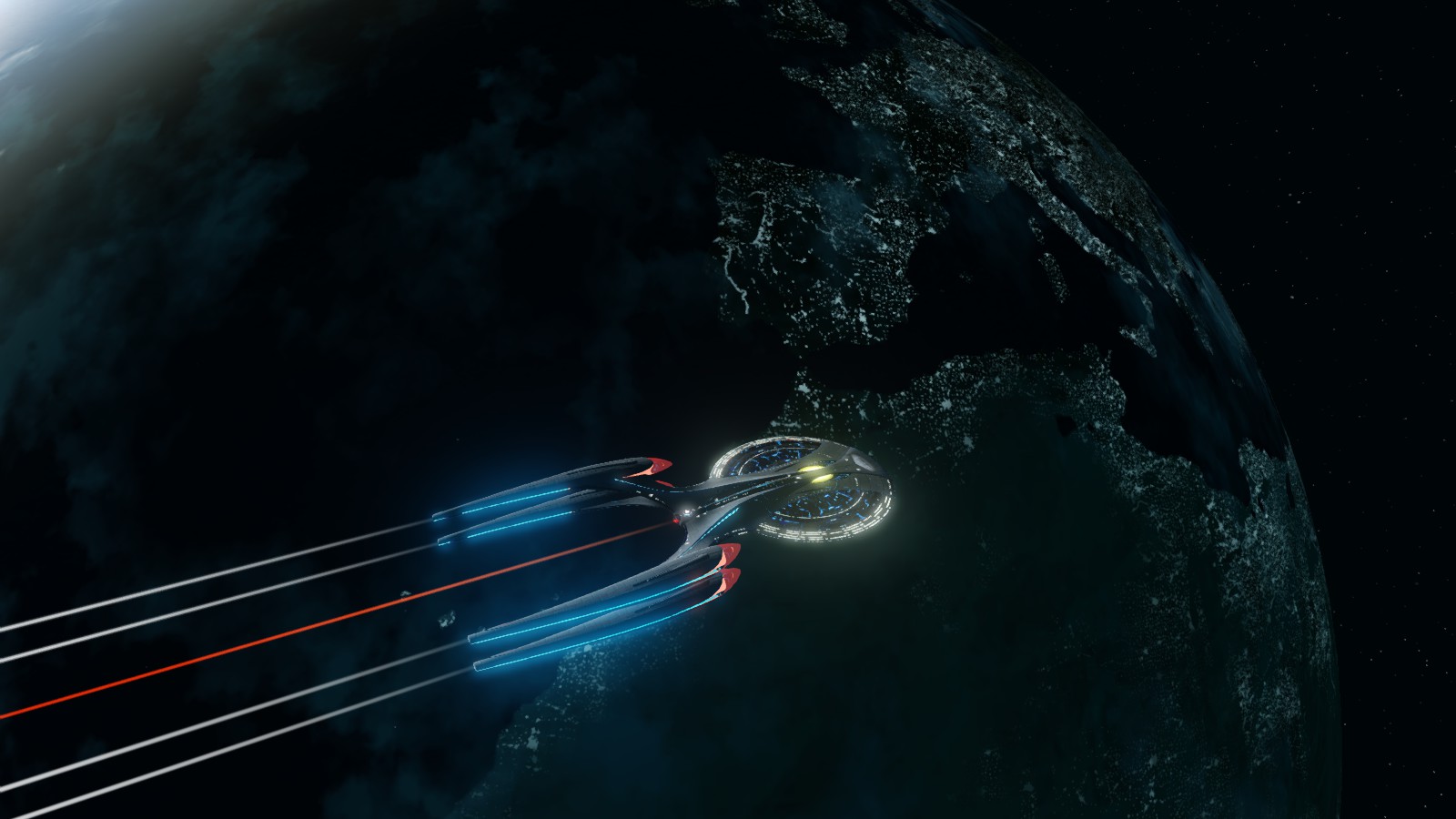 It also helps STO‘s case that most of Star Trek’s iconic ships are things you can earn or purchase directly. The lockbox ships — while often very flashy — are generally more odd, more niche.

If I’m your average Joe Trekkie rolling up to STO for the first time, I’m probably dreaming of flying a Galaxy class, a D’deridex, or the like, and you don’t need to buy lockboxes to fulfill that fantasy. The iconic ships are easier to get, whereas the lockbox ships feel more like luxuries. Sure, it’s a little frustrating I can’t fly one of those awesome Xindi Aquatic carriers without spending a small fortune on lockboxes, but I don’t feel that I’m missing out on the essential Star Trek experience by not having one.

Whereas Magic: Legends‘ starter classes don’t even cover all the core RPG archetypes. A rogue archetype like the Dimir Assassin is a really iconic playstyle that a lot of people are going to want off the bat. It was a poor choice to make something like that exclusive.

On that point, it’s also worth noting that the starter classes are, well, a little dull. Don’t get me wrong; they’re not terrible or anything. They all have clear identities and fairly enjoyable mechanics. They’re not weak, nor poorly designed. But they don’t feel super creative or dramatic. They’re not “sexy.” They’re just the most obvious interpretation of the five mana colors’ identities.

This is yet another way adding something flashy like the Dimir Assassin to lockboxes leaves a poor impression.

So yes, I think there is a scenario where having a lockbox-exclusive class could have worked, but for that to happen, Magic: Legends would have needed a lot more and better classes available outside of the booster packs. 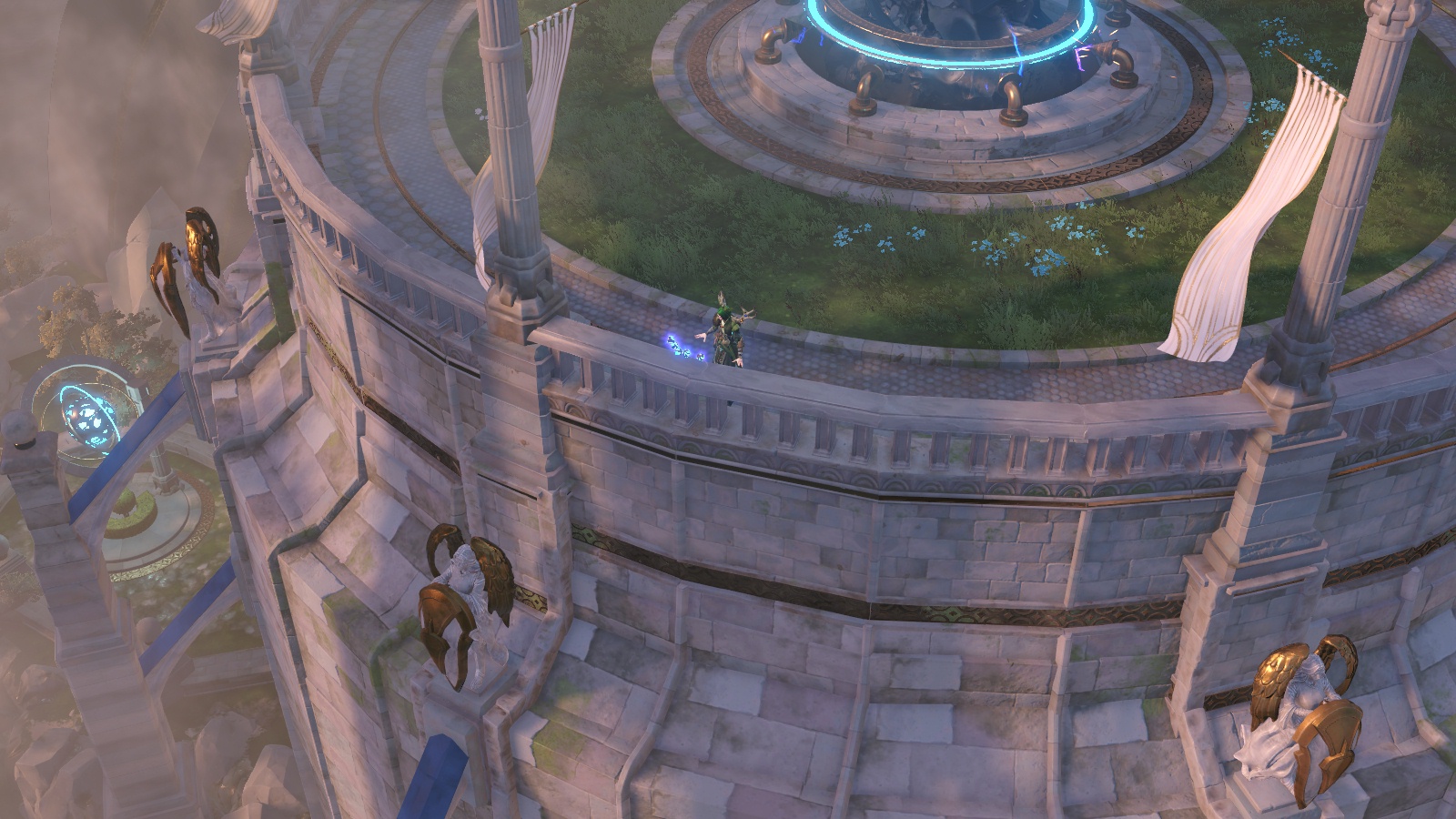 Having only five basic free classes and really cool class you need to gamble for was just a recipe for disaster. At this point the well has been poisoned so much I’m not sure Cryptic will try again. I suspect future classes will be delivered as Battlepass rewards as well, either instead of or in addition to including them in booster packs.

For the most part this does seem to be a win, but I am a little concerned this may lead to other things becoming booster pack exclusives in an attempt to keep them a desirable option.

There’s also the question of whether this has permanently damaged the reputation of Magic: Legends. I’m sure for some people it has. Whether it’s a large enough group to really threaten the game’s future is another matter. For my part, I think the swift course correction has largely mollified my concerns on the matter, but I know many others are not so forgiving.

Even if the long term repercussions aren’t severe, this was definitely a poor note for the game to start on, and one that could have been avoided.