Once again, the polls from last week were a split between people saying I should queue for normal dungeons and others saying I should just roll around in Hammerknell. So, I elected to try them both out for this week’s run through RIFT, seeing as some of the comments granted me the impression that finding a dungeon group was going to take some time, if it was going to happen at all.

END_OF_DOCUMENT_TOKEN_TO_BE_REPLACED
With that in mind, it was back to the ol’ Hammerknell treadmill, this time taking up my NecroCleric and operating from the back line as I had done a couple of weeks prior. As much as I enjoy tanking, I have to admit that this preset build was just a bit more interesting to me, especially in IAs where I very often felt like the blade of an industrial-sized lawnmower — closing to melee distance more often than not saw the enemy dead beforehand owing to the amount of ranged damage most IA groups tend to consist of. 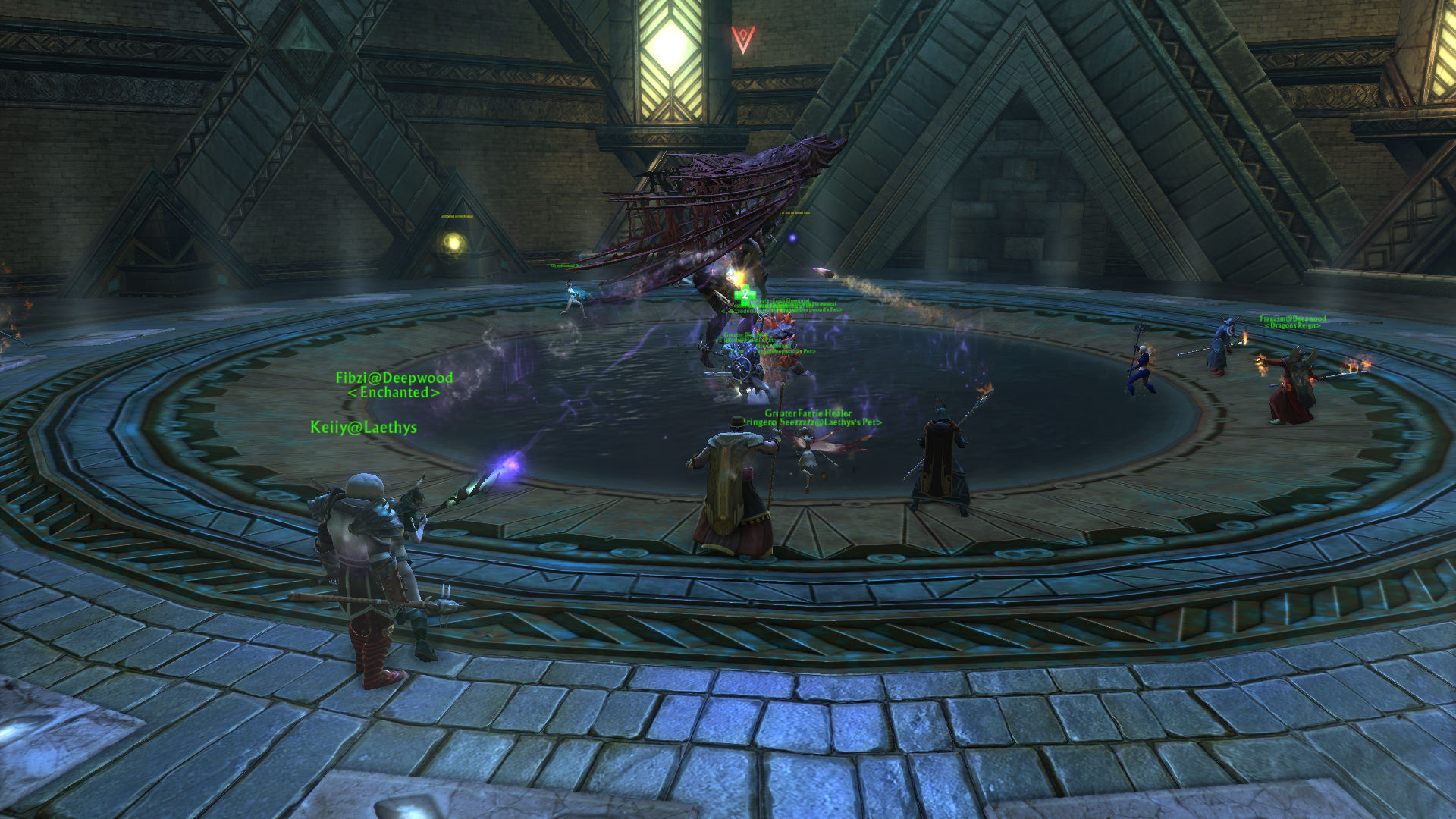 I settled myself in for a long ride when, during the usual HK routine, a random alert popped up that a dungeon group was ready. I was pleasantly surprised as this didn’t take too much time to happen, and this had occurred during the afternoon on a Sunday, which I sort of figured was not a peak time for small group encounters. But then again, who am I to look a gift horse in the mouth?

The gifts kept on coming with this dungeon group as the whole thing was lead by a rather helpful individual who operated as our group’s primary tank. I can’t tell you much about the dungeons we went through, as they were basically smaller-form IAs in the way things operated; we ran along, we killed mobs and bosses, sometimes there was dialogue, but mostly it was just a river’s flow through the content’s tunnels. Not that I was complaining, mind you. It just felt good to be out of Hammerknell.

Another thing that this normal dungeon queue had going for it is that it operated similarly to IAs in that the party could stay together and hop into the random queue for another run. We did this several times, with most of our original party members keeping together. Conversation was pleasant (at one point the tank complimented the healer, which was taken by the healer initially as a sarcastic insult until it was explained otherwise), the vibe was chill and enjoyable, I felt like my NecroCleric was doing a good job of softening up dungeon bosses, and I even got a couple of items that helped me put together a look that made my character appear to be more like a mage of power instead of a confused yet adventurous cowboy. 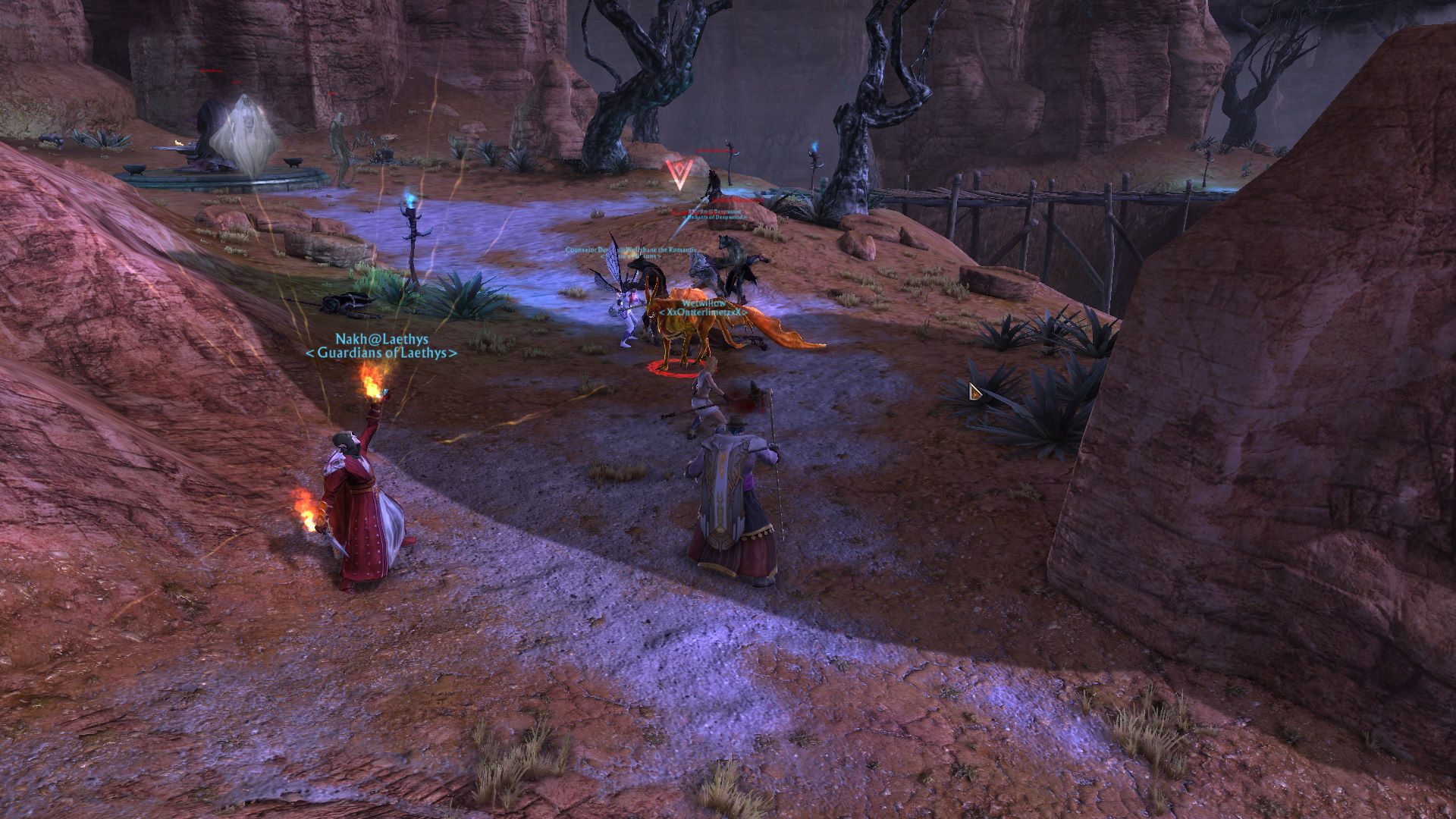 On the subject of rewards, there was maybe one or two drops that actually provided me with some mechanical value, but overall the gear pieces that fell out of bosses were pretty lackluster. I still rolled need on a couple of class-specific pieces if for nothing else than to unlock their appearance, but I ended up with a new weapon. Also, XP earnings definitely felt more anemic than they do with IAs, but overall what I may have lost out in terms of advancement and rewards I gained in the mental breath of fresh air that is a change of venue.

Honestly, as much fun as IAs are and as much XP as I was getting out of them, I have to say that the random normal dungeon queue was so far my most enjoyable piece of content in RIFT so far. Sure, that’s perhaps due to Hammerknell fatigue, but it was also good to be in a smaller group. I drew the golden PUG ticket with this one in terms of demeanor, I’ll contend, and the dungeons that we ran weren’t exactly challenging by any stretch, but by and large, this felt like the kind of “classic” MMORPG gaming experience that I was looking for from RIFT. It reminded me that this game can really be pretty good. And it also made me kind of sad when I realized that it’s probably next on Gamigo’s blood-soaked chopping block.

But I’ll elaborate on that another time. For now, I think I’ve gotten all I can out of RIFT, which means it’s time to look ahead to our next game, and that means another poll! 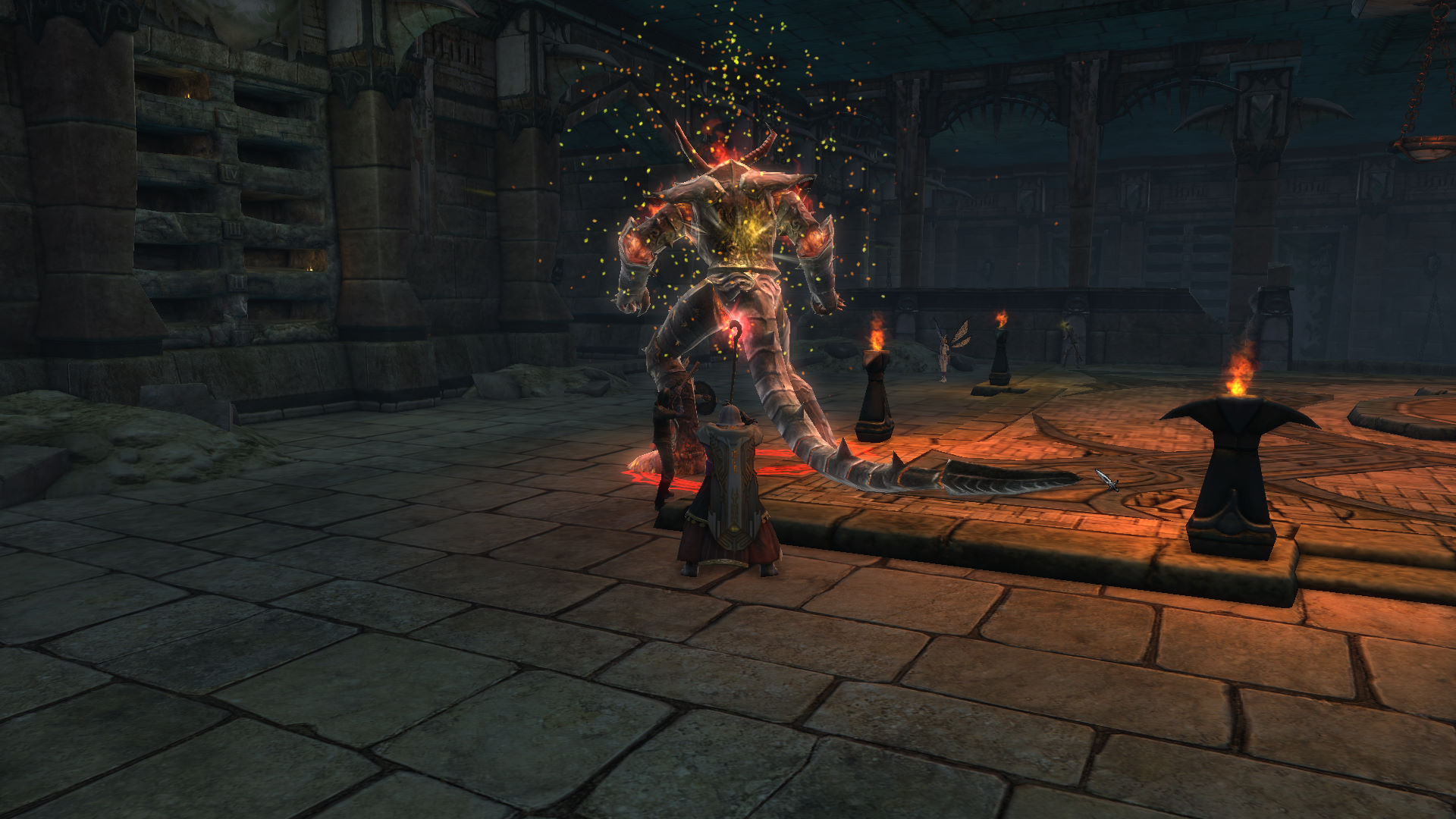 As is my usual schtick/tradition, I’ve got a theme that I’ve come up with for next month’s game, and that theme is “MMOs That Are Too Cute to Die.” I hope you like color, whimsy, and bright vibes, friends, because we’re tearing a portal open to MMO Whimsydale. Here’s the options:

Which game should I play next? Choose My Cute Adventure! 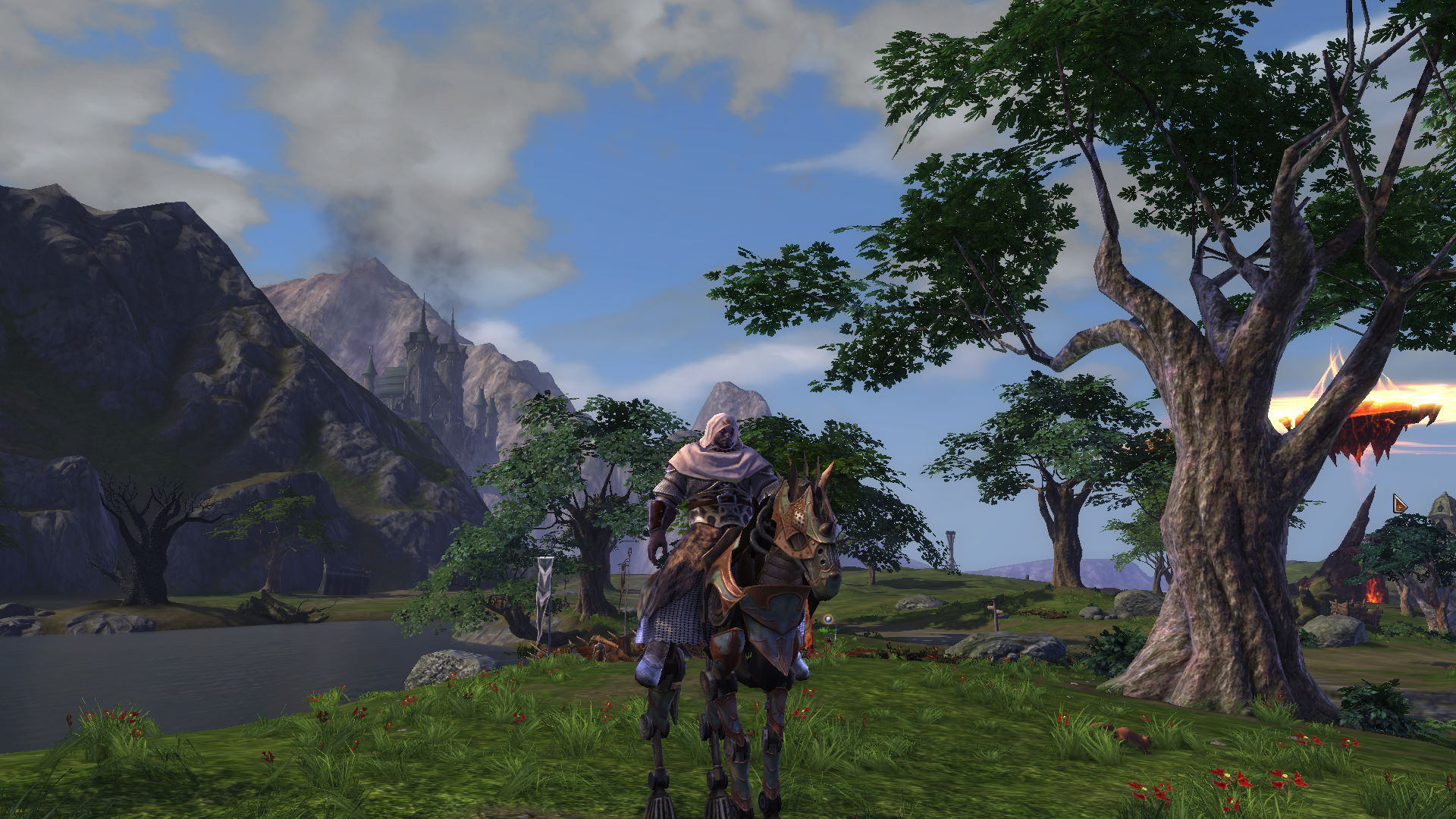 You all should know the drill by now: Polling closes at 1:00 p.m. EDT on Friday, April 23rd. Until then, I have a few things to chew over mentally regarding this game. I find myself having some thoughts and I would like to share them next week.