Just a week ago, SEGA announced that it was planning to open the global beta test for Phantasy Star Online 2’s New Genesis sequel soon, with a beta starting May 14th. You had to know we’d be getting harder dates, and now we have, as signups have kicked off.

“Experience the vast open world of PSO2:NGS, set a thousand years after the events of PSO2, for the first time as a PSO2 Global player. During this testing period, the development team will collect players’ valuable opinions and feedback to make the game the best experience it can be when it launches later this year. The beta period begins on May 14 at 6 PM PDT and will end on May 16 at 7 PM PDT. Players are invited to register now and reserve their spot to take part in this very special upcoming event.

So, when is “later this year”? According to SEGA’s stream bright and early this morning, it’s June; it’ll launch globally “simultaneously” following a “late May” release of a character creator tool so you can build your toons ahead of time and naturally hype up the game. We’re tucking all the important slides below; there are details on some of the new characters in the beta, rewards for participating in the beta, login bonuses for the original game, and some of what’s coming in the inevitable starter packages. 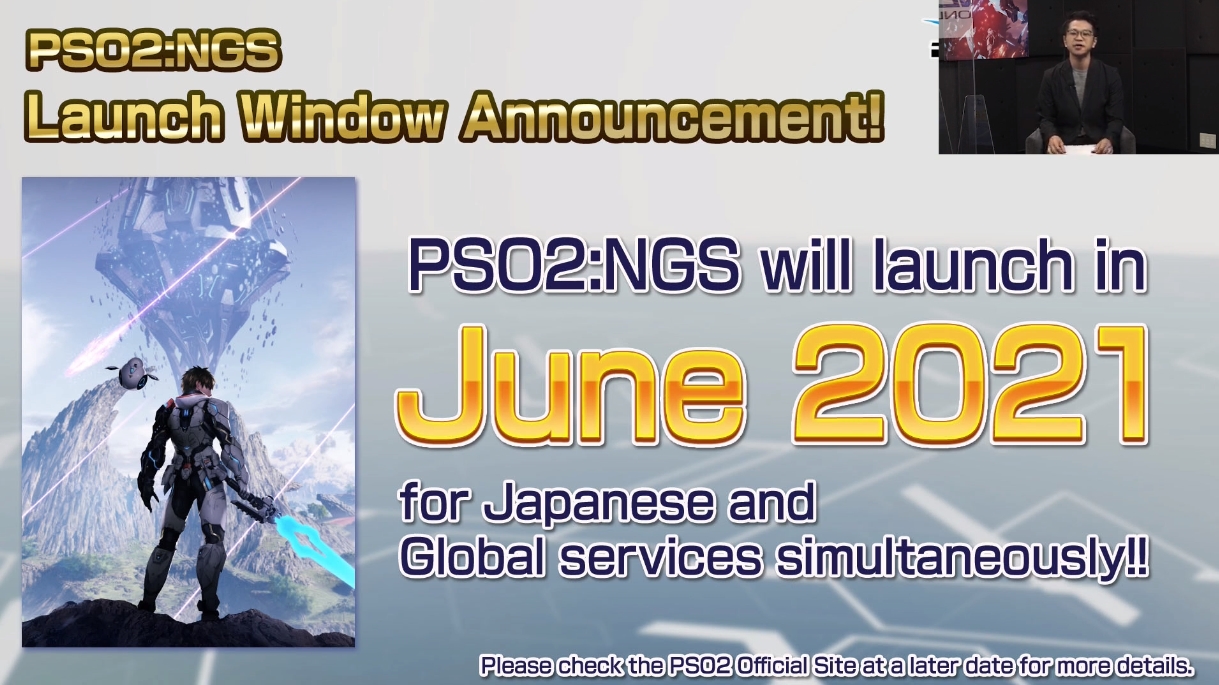