I should have been more capable. If I were a better exploration pilot in Elite: Dangerous, I suspect I would have had a better time. Or would have had more fun. As it stands, this past phase of alpha testing for Odyssey left me a bit more frustrated than I would have liked. But then, I’m also not sure all of the fault lies with me.

The big point of this phase, which you all know if you’ve been following along, was the exobiology gameplay loop, which on paper sounded like it should have been a very Star Trek-esque sort of thing, with probes being fired to scan a planetary surface before diving into the atmosphere to scan life with a high tech doohickey. The execution of that, however, left a lot to be desired. 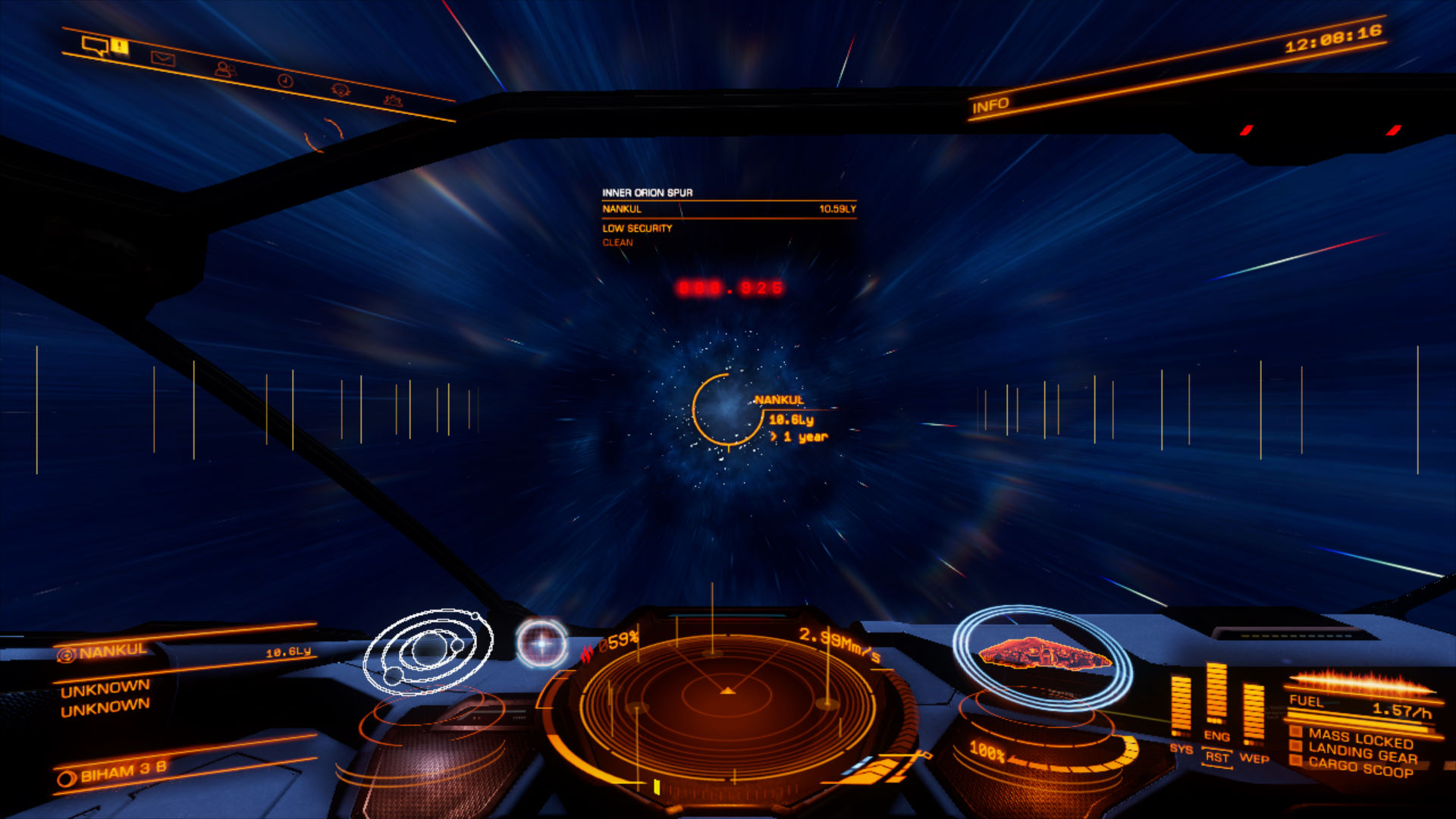 Starting with the Detailed Surface Scanner (DSS), things were equal parts interesting and broken. Since I’ve never used the DSS before, it was kind of neat to be able to probe a planet and uncover its surface. It didn’t take me too long to determine the best way to go about it, and soon enough I was scanning planets with ease, earning bonuses for keeping to the minimum of five probes. Whatever good that did me, anyway.

However, I was running into constant roadblocks as I went from star to star and planet to planet. The area of space I was in, apparently, had nothing more to it than dead worlds as far as I could figure, with most of my scans returning either nothing whatsoever, geological points of interest, or points of interest that were labeled as “human,” neither of which I could isolate. And I know I could isolate things, because there was one point where I could switch between signal source types. 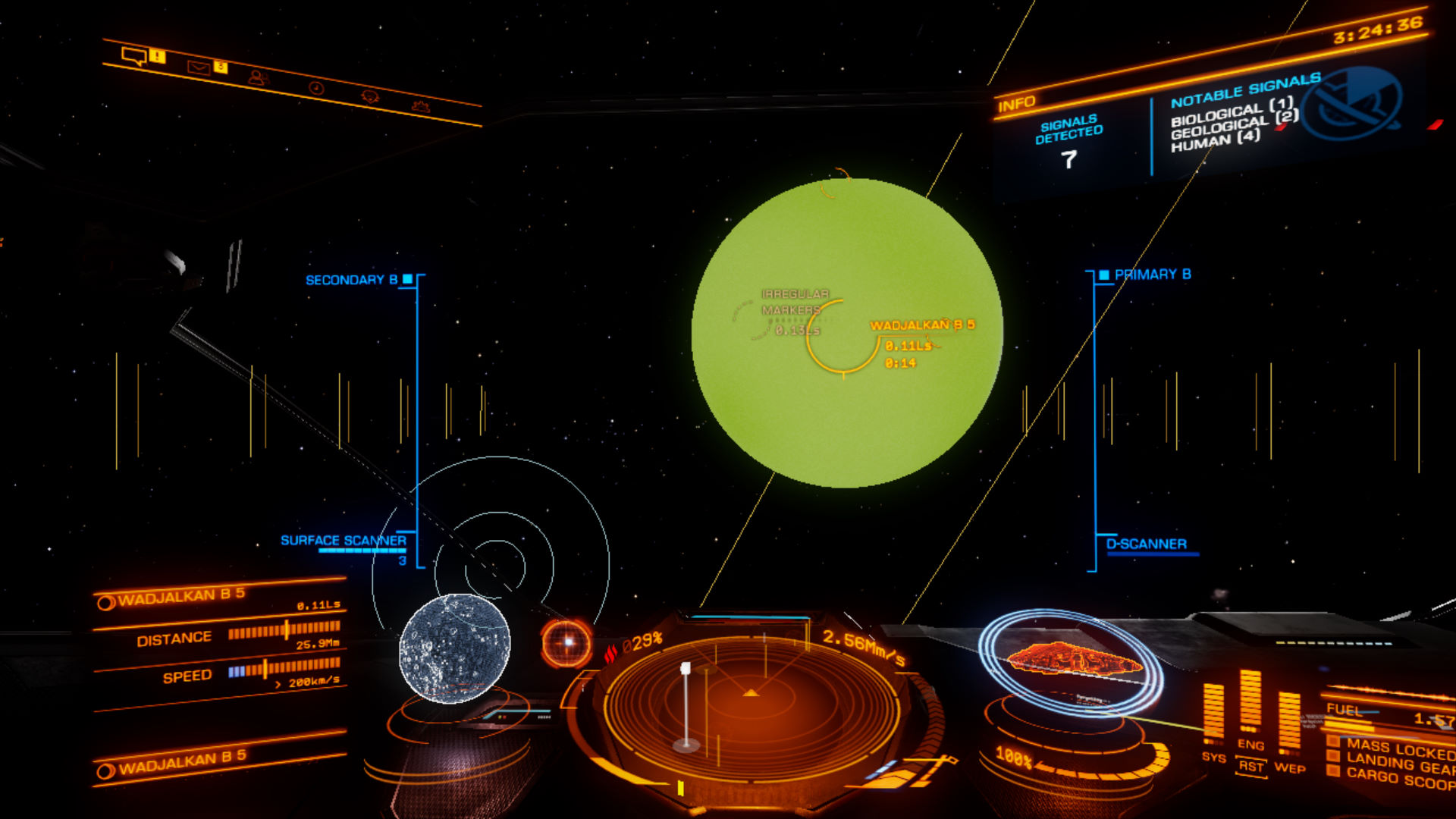 And that circles back around to the larger problem with this round of alpha testing: the DSS was just plain-jane busted. Sometimes a planet’s surface would not show up whatsoever, coating everything in the blue grid of my DSS scan strikes. Several times I ended up finding a completely dead world with no signals whatsoever. More often than not, however, my DSS scans were covered in Mountain Dew green, with no discernible idea of whether the heatmap was working or not. I’m embarrassed to admit the number of times I thought I saw a slightly darker shade of green and flew towards a planet only to find nothing but dust and rocks.

What made this even more frustrating was, at one point, I think the DSS worked. The scan returned a ’70s-style smearing of multiple colors instead of Stronger-Than-Coffee Green, and it was able to let me switch between signal sources, so while the visual information was muddied at best (tie-dyed?), I had thought that maybe, finally, I had discovered something I could scan. 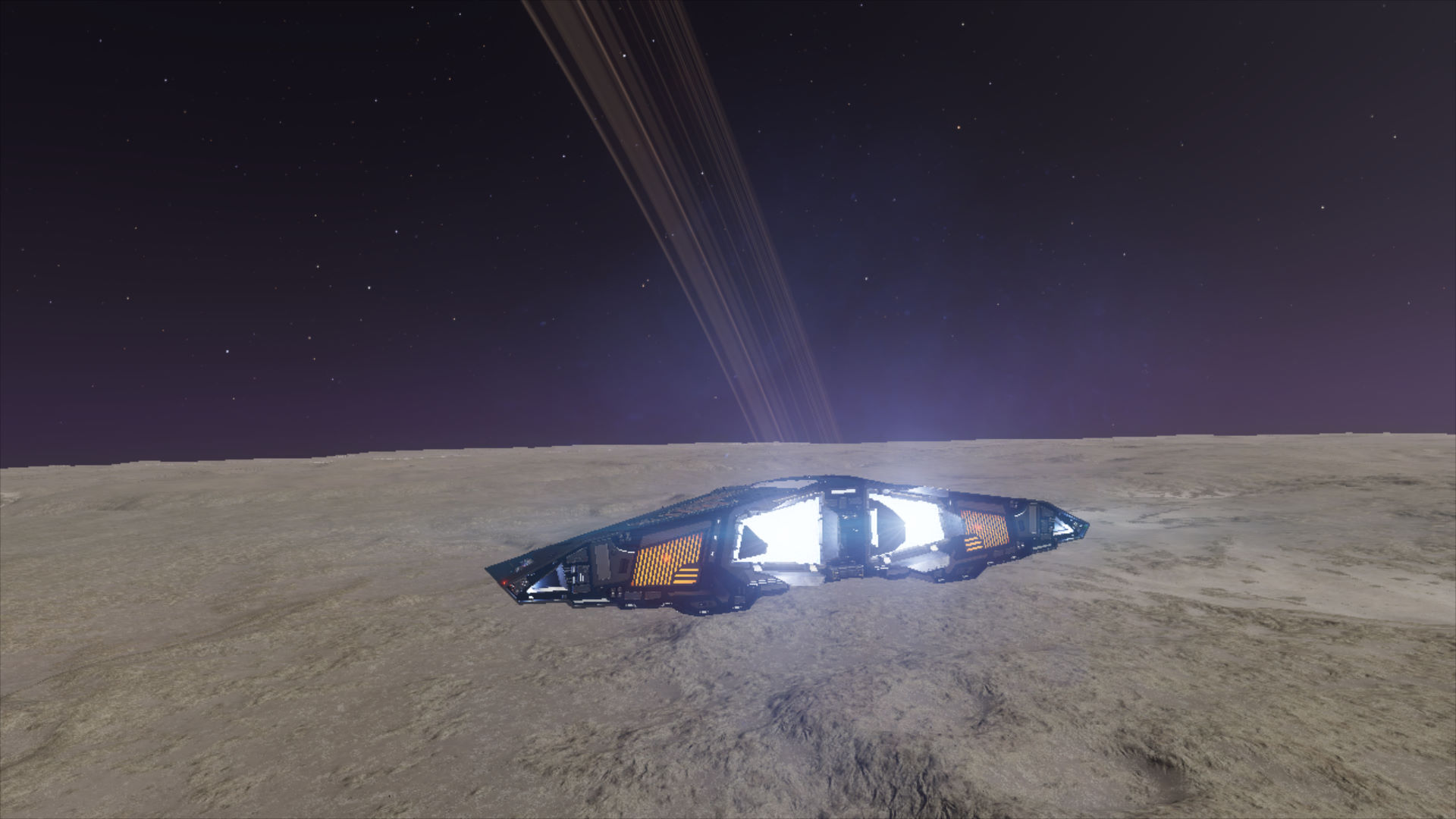 Now I do want to point out that I actually do like exploration; it was one of the more enjoyable parts of my time in No Man’s Sky. However, I like exploration when it works. And this just was not working. Additionally, since my usual friends were not terribly interested in what was recently added to this round of Elite Dangerous alpha beyond the extra light years of space, I was basically going it on my own, but I’m not averse to solo excursions; you’re reading the opinion of someone who likes space trucking — finding route loops that are lucrative without being overly used, putting on some gentle music, and flying between two stars several dozen times.

On the other hand, I still feel like some of the blame lies with me, too. I was rather haphazardly bouncing around between star systems without any sort of consideration of direction or purpose. And while the information available on the galaxy map for each selected star didn’t really provide me with clues about whether there would be exobiology or not, I suspect there’s some actual scientific context I should have been applying in my travel; certain types of stars, distance between a star and a planet, how many people are present in a system or not. I was, basically, running around blind.

But that’s sort of what being an explorer in this game is, right? Flinging yourself into the void somewhere and hoping that beacon of light has something new to it? It’s hard to say. Maybe I need to do this more in a better ship. Not to suggest the Cobra mk III is a bad ship — in fact it’s the best starter ship for nearly anything, in my view. 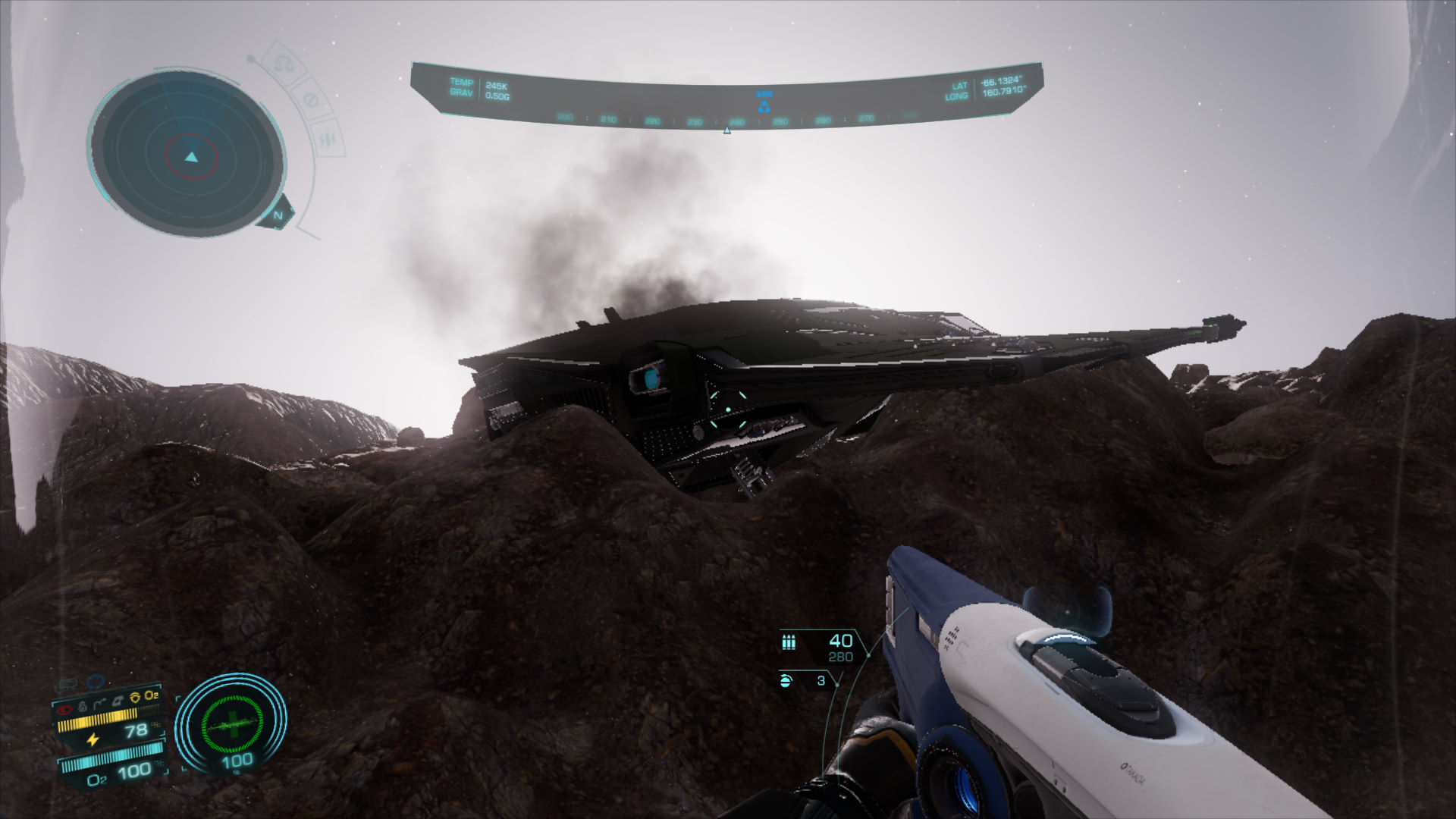 Ultimately, I wasn’t able to try out the much-maligned scanning minigame that came with this phase of testing, but that’s now a moot point since Frontier Developments have decided to axe the whole thing after nearly universal negative reaction. I’ll have to take everyone’s word for it here that this was just badly designed.

More worryingly, however, is the fact that FDev have effectively said that the broken DSS will just be broken in alpha but will be fixed in time for Odyssey’s launch. Trust us, they say. We’ll make it work. Promise. Fingies crossed. I don’t know about any of you, but that doesn’t really install a lot of confidence, especially since we’re now hurtling towards phase 4 of alpha.

This round of testing wasn’t all bad news, though. I got to see a couple of neat sights. The planetary atmospheres are very good looking. At one point I found a distress beacon that saw some random dead NPCs floating in the air, some cargo I could have stolen, and after a few minutes some NPC enemies that dropped in who I tried (and failed) to fight. I was also so involved and focused on trying to find life that I almost didn’t notice how stable this alpha build was, with only a couple of hard resets required during my time.

Even so, I’m not really sure exploration and exobiology are ready. Or if they ever will be. Which kind of sucks considering I would have liked to try my hand at being an explorer once in a while. I guess all I can do is wait and see. And hope.