Back in March, the spaceship building sandbox Starbase said that it would confirm a date for its early access in April and was eyeballing some time in May, but now the devs at Frozenbyte have officially announced that early access will start on June 17th. The devs have also shared an in-depth roadmap outlining the variety of features coming to the game over the course of this year.

The announcement also came with a new video showcasing the arrival of capital ships, which are capable of hosting hundreds or even thousands of players and can fast travel in-game. Capital ships can be built as one of two varieties: civilian ships that operate as mobile safe zones (meaning they can’t be destroyed or stolen even by accident), or military ships with dynamic safe zones that can nullify station safe zones, making both vulnerable to attack provided the ship is of the same size class as the station it’s trying to attack.

As for the game’s immediate future, the progress notes for week 16 outline updates like a rework for ship tutorial controls, the addition of duct parts that can replace cables and pipes, and some new visual effects for the tripod cannon and laser cutter among other things.

The video detailing capital ships can be found below, while the roadmap is also below; be sure to click on the image to expand it. 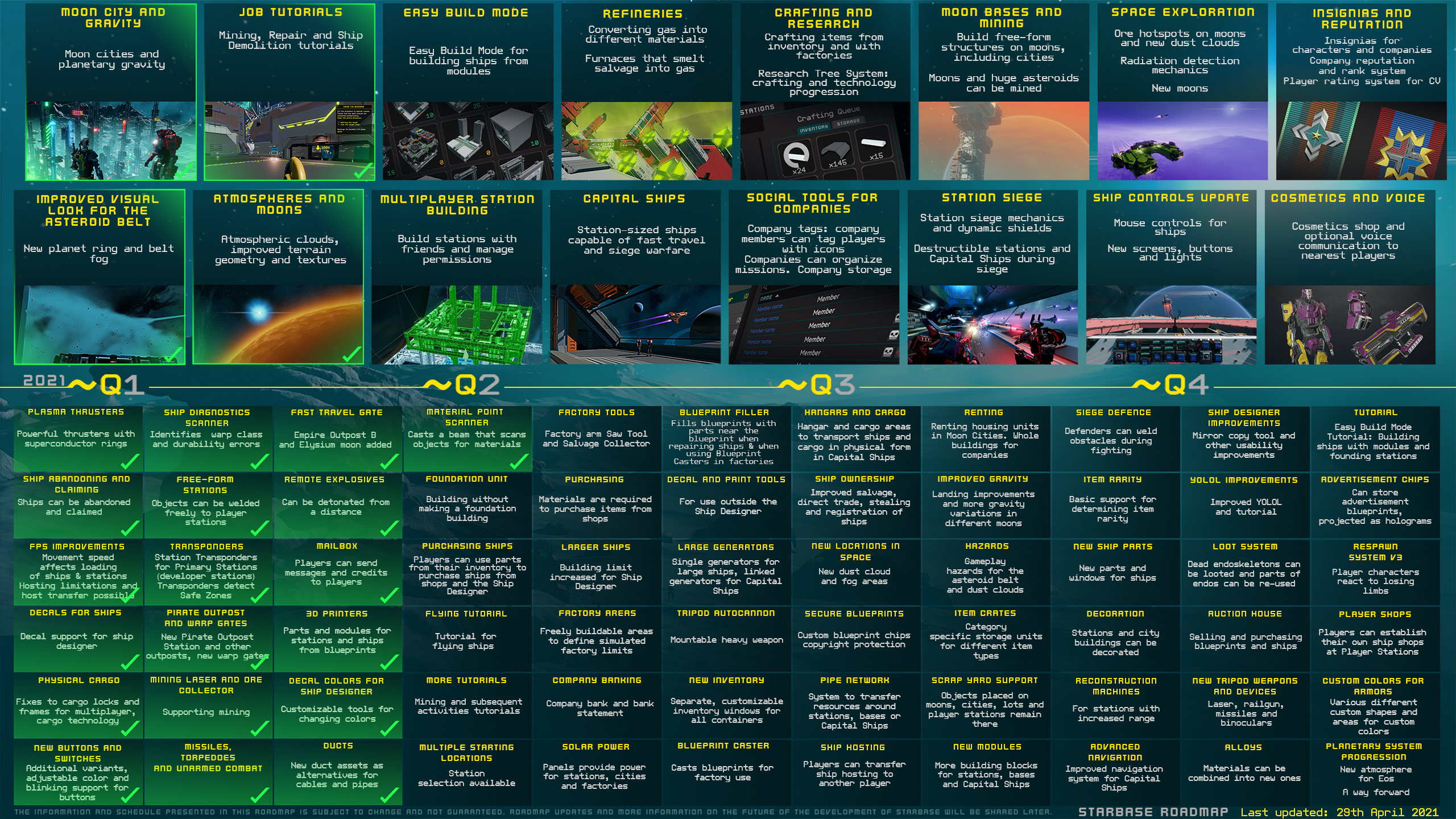