I am mightily surprised I’m having such a bad time with MapleStory – especially considering how much I enjoyed the sequel, which you’ll recall was sunsetted last year. That’s doubly confounding to me as well because pretty much all of the pieces are there for me to like the original game as much as I did the second one, but for some reason this one is just not clicking for me right now.

It started off with some weird resolution nonsense that I had to first wrangle, with the game running at a surprisingly small resolution that I first changed to something that was more comfortable and also didn’t make my dual monitors have small conniption fits. After that, I spent maybe about 20 minutes trying to grasp the controls. 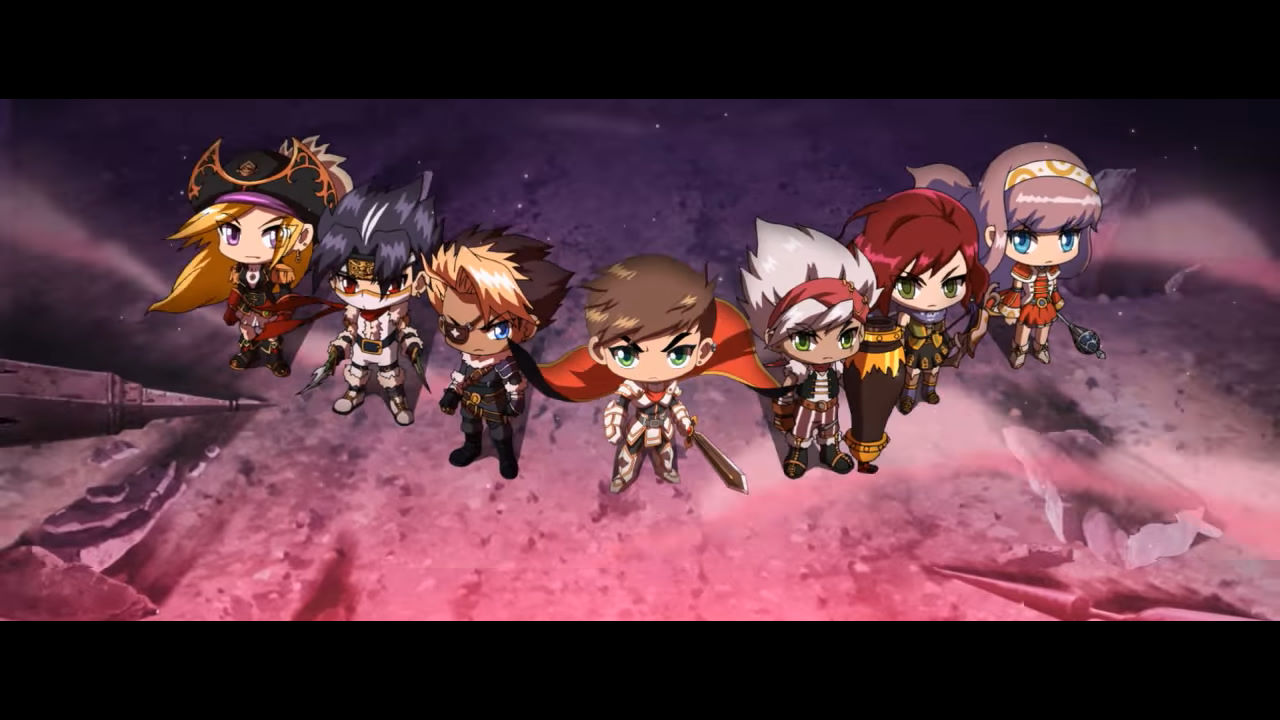 Here’s the thing: I had assumed that since this game was playable on a keyboard, it’d be the usual MMO sort of trappings with WASD movement and hotkeys and the like. Instead, character movement was eternally bound to the arrow keys and skills were either set to letter keys, number keys, or shift and alt keys. I had the single worst time trying to manage what buttons I should set to as suddenly my right hand was doing what my left hand would normally do and my left hand was doing its usual hotkey thing but with completely goofy hotkeys.

I did find a bit more comfort with using a gamepad, but for some reason my controller has decided that now is the time for it to occasionally lose its connection to power (even though it’s hooked to USB). So for an hour or so I would play on a gamepad and things would feel right in my character controlling world and then suddenly it would all be upended, forcing my hands to hit the keyboard in what I can only call “MMO gaming goofy stance.”

When I was allowed to actually play the game, I found things were not quite as joyful as I had hoped. I’m not gong to say that MapleStory 2 had earth-shattering combat, but the classes felt more interesting and fighting as my mage character was engaging. The Pirate (when I finally did get the level to unlock it), on the other hand, has two skills available to her right now: shoot a gun and drink mana potions because firing bullets requires mana I guess. And it’s been something like 20+ levels and those are the only buttons that matter. 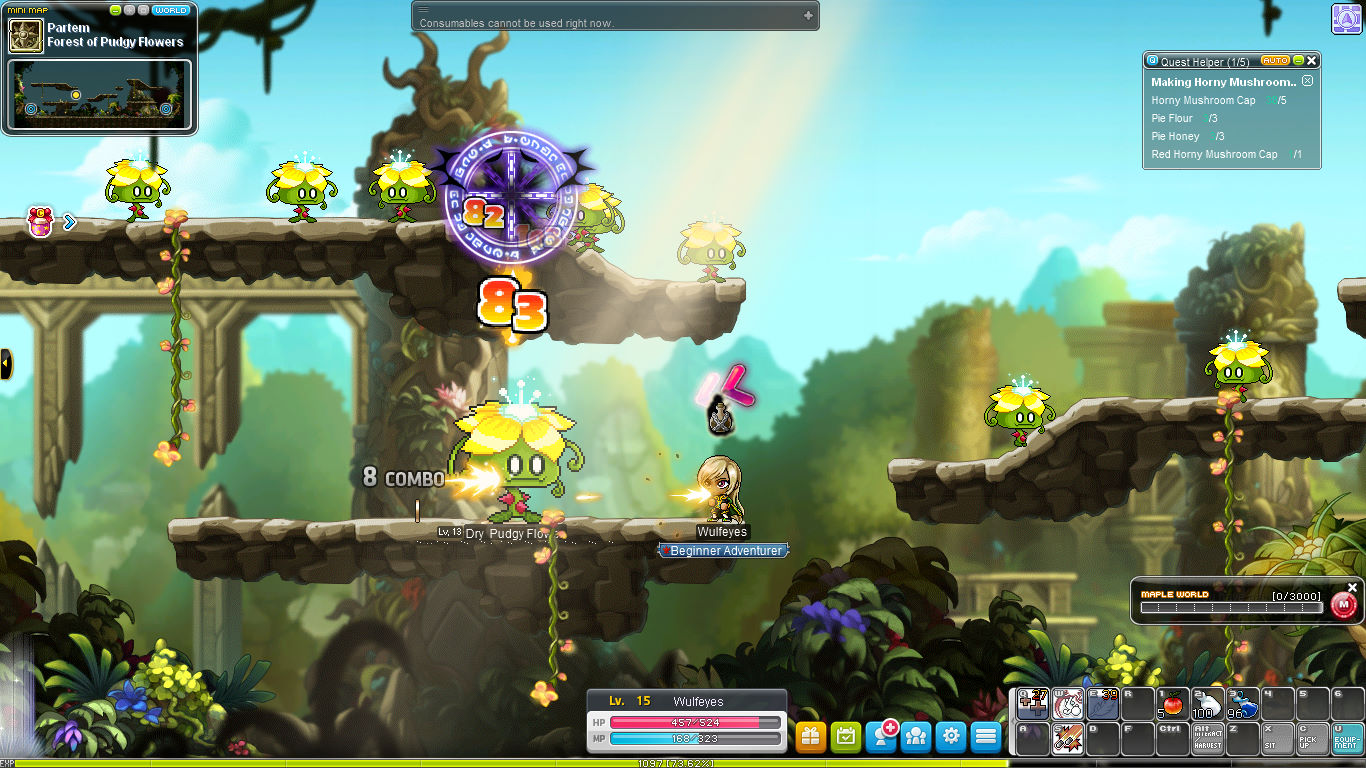 As for the questing portions of the game, they’re fine enough overall. This was probably the most comfortable part of MapleStory for me after having come from the second game, as the quests were fun, pretty well written, whimsical, and overall generally entertaining. MapleStory’s sense of goofy humor and broad-smiling charm is easily the best feature.

Even that had some wrinkles in it, however. Pathing in the game can often sort of just come to a dead stop after you complete several quests, and the breadcrumb trail right now doesn’t seem to be quite keeping the pace with my leveling speed — I’m doing level 16 quests when I’m entering the mid-20s in terms of leveling. I think I’m starting to learn best how to navigate those seas, but it definitely puts me out of the ride as I have to slowly side-scroll walk from screen to screen to get back to Henesys in hopes of finding another NPC to click on.

I don’t know, perhaps this game is a late bloomer, but I seem to recall things in the sequel opening up a bit more and feeling a lot tighter and more enjoyable to play, while MapleStory seems to be doing its level best to make touching it an annoying experience. But who knows. Perhaps I should look at this less like MapleStory 2 and more like Ragnarok Online; there are hundreds of levels to get to, and maybe there’s some good stuff hiding in there. 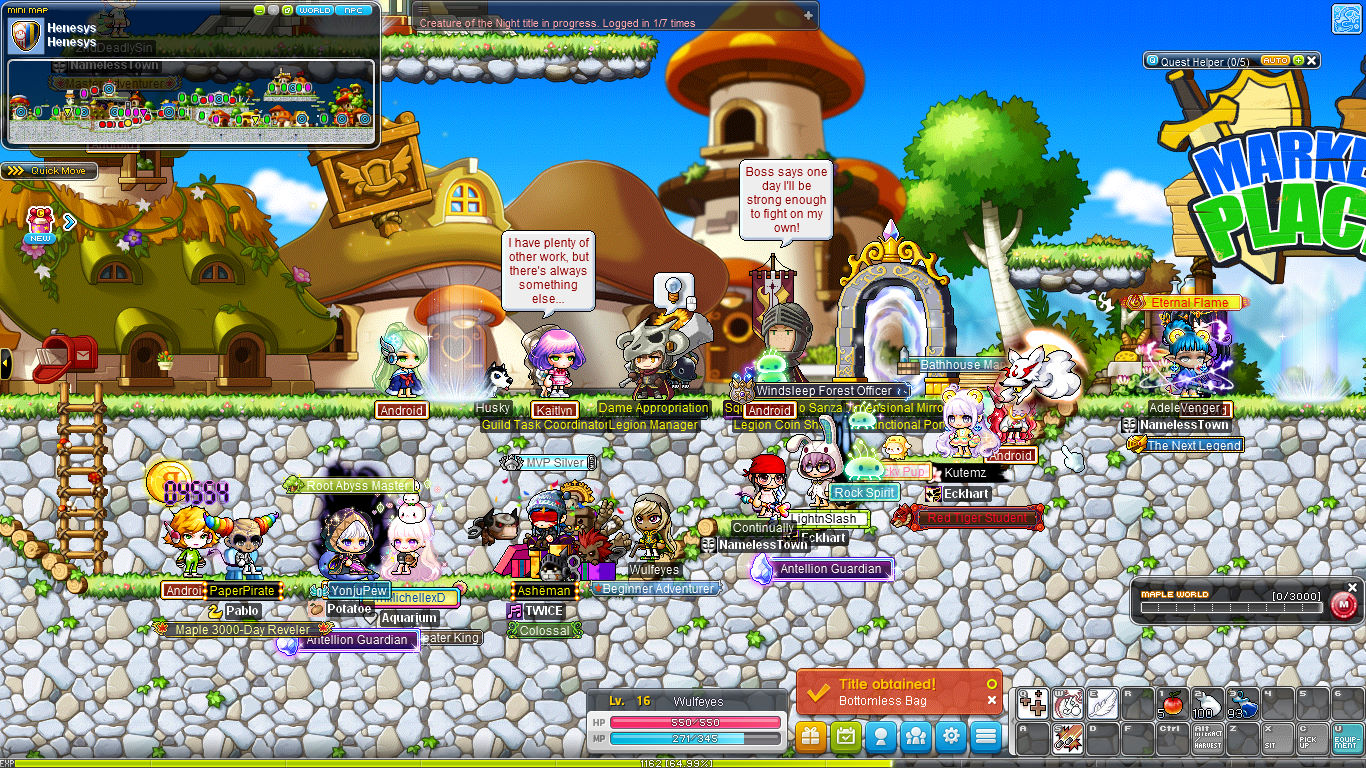 On the subject of levels, I will probably get to the point where I’ll need to choose my next Pirate spec/job/subclass thing. So that’s the poll option that I can come up with this week. I’ve been putting my points in Gunslinging (it’s boring but effective) so there’s a strong lean towards that direction, but perhaps the melee-minded Pirate is more entertaining (though that also only has one button to press right now). Ultimately, I leave my future fate in your hands.

What sort of Pirate should I unlock?

The next poll choice is something of a crutch I’ve been leaning on a lot, I admit, but I also have to appeal to the regular Maplers out there. It’s a question of whether I should follow quest trails and the in-game guide, or if I should follow some player guides instead in order to level up and see what unfurls further.

How should I go about earning levels? 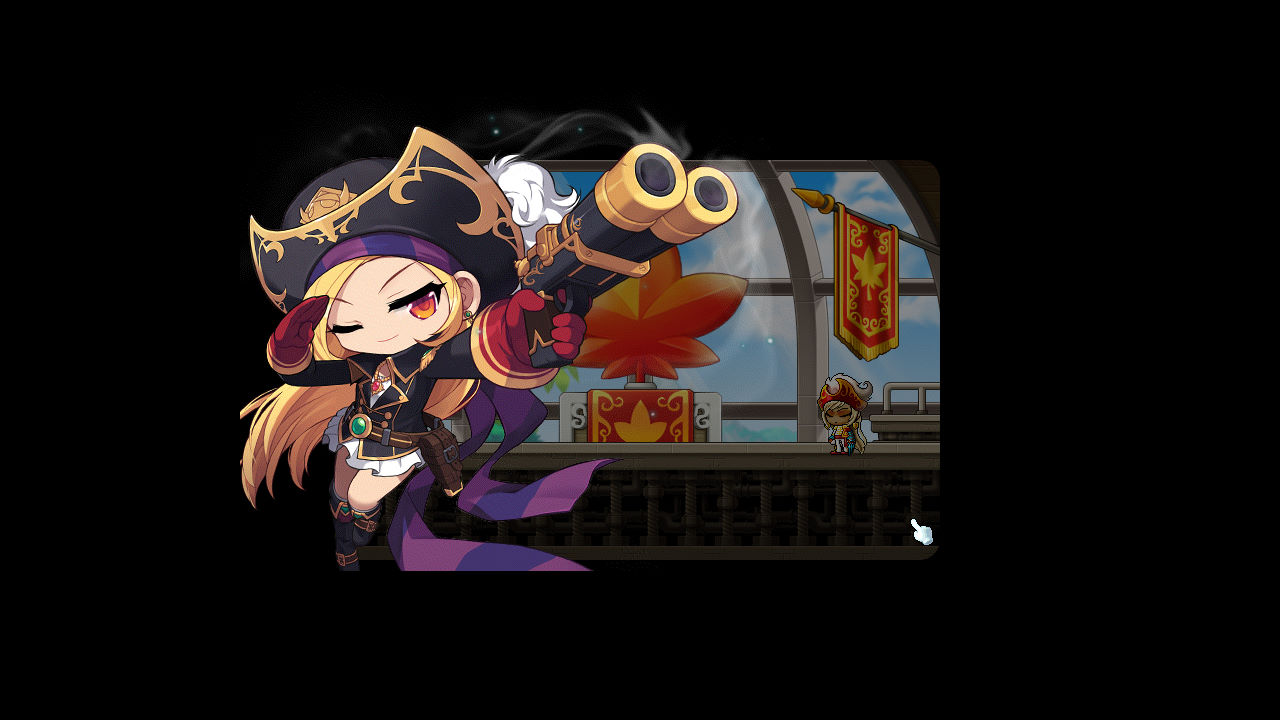 Polls will close at their usual time — that’s 1:00 p.m. EDT — this coming Friday, May 7th. For the time being, perhaps I need to step back from this one and consider approaching this from a different mental angle.

Anyway, I would highly recommend watching coppersan on YouTube. They have various guides, anything with “newcomers” is good, or “setting yourself up for success”, or “making a main”. Any of their ” getting X to 200″ are good to see what the general path is like for an efficient leveling experience.

Also, as an avid PC gamer who uses a controller for all games, please please please do not use a controller for maplestory. I know they say they have the controller config, but you need too many keys to play well (after you hit lvl 100) so you may as well get used to it now. The arrow keys are weird, I know. I would recommend going into keyboard settings and changing the hotkeys to secondary so you use QWERASDF as your hotkeys instead of the nonsense INS/PGUP/PGDN/HOME baloney they set you up with.

If you want to get thru the early levels a bit faster, or more interestingly, I would pick a newer class like Adele or Cadena or Ark, because they’ll tend to have better and longer storylines.

If you’re set on using your current character, gunslinger will be a lot less painful to level up to 100 IMO, but requires micromanaging of summons in the late game. Brawlers, however, get to go super Saiyan and shoot giant laser beams out of their hands (yes I’m serious) after 4th job, so whatever you want I guess.

I really hope you stick with this game for a while, I think it’s a gem. A janky, sometimes broken, sometimes dated gem, but there’s no game out there quite like it.

Also when you can, join a guild. They’ll help you out good.

Nexon decided to change the game, i don’t remember which update it is but players talk about it, i mean players who liked the game before that patch, leveling was slow, the game itself was slow so it takes a lot of time to reach end-game, after the patch leveling is way faster than before and questing is almost irrelevant except to unlock some content like bosses.

Leveling now is all about the grind and experienced players can reach level 200 in 2 hours, which is the point where the true grind start.

Follow the guide, you’ll out level the content every time, so just keep moving and keep getting better gear, at level 50 or more you can try to fight Zakum, a boss who will drop some good gear.

BTW, which server did you choose? Reboot or other server?

the update you’re talking about is this game’s version of NGE. It was called “Big Bang”.
The game is fun, but the client is closing in on being decade overdue for a rebuild and they have some pretty greedy ways of making money

World of Warcraft updates patch 9.1.5 with a release candidate and...

Into the Super-Verse: Has Homecoming torched the plans of City of...