MOP’s Lawful Neutral columnist Andy burst into the office yesterday, gleefully rubbing his hands together and asking whether we were ready for the trial of the century. I might be a exaggerating a bit there, but not a whole lot, as the deluge of headlines across the industry show the mainstream games media is already obsessively covering the Epic v. Apple trial.

Readers will recall that last summer, Epic and Apple (and to a lesser extent, Google) fell out when Epic Games attempted to insert its own competing payment option into Fortnite in a blatant attempt to circumvent Apple’s exorbitant surcharges, which of course Apple responded to by banning Fortnite. Epic Games began to wage an anti-trust and anti-monopoly campaign in both the courts and the press, and Apple responded to that in kind too. Andy’s summed it all up here if you want the more detailed recap, but the long and short of it is that the two companies have been trading barbs and accusations for the better part of a year now, but now they’ve got to do a lot more than that to win this lawsuit.

So what have we learned, a day into the drama?

As part of the festivities, Epic posted a financial presentation, giving the industry a rare glimpse into the finances of what is generally a privately held company. Fortnite pulled in over $9B in 2018 and 2019 and almost $3B last year. At its peak in 2018, Fortnite counted over 66M monthly actives to boot. All of its other games put together (including Rocket League) totaled only $108M in revenue over the 2018-2019 period, while Unreal Engine brought in $124M and $97M in 2018 and 2019 respectively.

We got a peek into the Epic Games Store too, as Epic admitted how much it’s been paying to give away all those games it uses as a lure for getting people into the EGS ecosystem: $11.6M total, with Batman Arkham, Subnautica, and Funcom’s Mutant Year Zero coming out the best. Of course, given how many billions Fortnite’s generated even in its off years, it makes the EGS store bribes seem cheap by comparison.

Sony hasn’t come out well in the proceedings; Epic submitted documents that show Sony dragged its feet on cross-platform play for everything, including Fortnite – until there was money on the table for Sony, which Epic ultimately agreed to. Epic’s Tim Sweeney says that among platforms, only Sony demanded compensation for crossplay.

And apparently, the trial itself kicked off with a conference call where listeners discovered they could call in and make noise, so this being the internet, they started screaming things like “Free Fortnite” until a clerk muted them. Good grief.

No surprise seeing Fortnite revenue declining, people get bored of playing same exact type of game even if it is a game where you are fighting against human opponents. Hopefully Epic will do something to find other sources of income while Fortnite still generating plenty of money. Making MMORPG would be a great idea since they still have enough money for it, there is always a demand for a good MMORPG and they have their own engine which can be used for any kind of MMORPG with additional modifications. It would also fit well with their concept of metaverse which they are trying to create.

As for Apple’s surcharges situation I think the actual worst part of it is not how much Apple charges but is that Apple still does not allow people to load apps from third party sources like downloading the game directly from developer’s site. This is why Apple is an actual focus of Epic’s fight – yes they also involved Google in lawsuit but they aren’t really actively trying to fight the Google as much as they’re trying to fight the Apple. And that is the real anti-consumer and anti-developer part of the Apple which I hope will change – I did use iPhones in the past and still have iPhone 8 Plus which I don’t really use because I just want to have a freedom of downloading whatever I want to on device that I use as well as to customize it however I want to and software developers should also have a freedom of letting customer decide whether the app they created (for example an app that displays pornographic content) should be used by a customer. Even not counting porn apps – I can’t even download and use an app for iPhone to scan and display information about wireless networks around me (stuff like other AP’s and routers and which channels they use and their signal strength) simply because Apple does not want to allow me to do this and does not want developers to create such apps. And while I can simply use an Android phone for using whatever apps I want to since I can download any app from any website without breaking the phone warranty and fully customize it the way I want to – it still sucks for developers because this severely limits their potential revenue if they want to create an app which Apple will not allow on their own app store.

my favorite part of this hearing so far is Tim Sweeney being asked (in an extremely normal and important court proceeding) if he knows what certain gaming objects/concepts are. "Do you know what a 'console' is?"

This entire thread is an utter delight. In addition to all the interesting information we’re finding out (like that Nintendo specifically forbids developers releasing games on their platform from working with the Yakuza…ironic given the history of Nintendo), this is apparently a comedy gold mine.

Thank you so much for this. I’m so goddamn happy reading all that.

Sweeney: *assembling a Switch and chuckling to himsef* you can see I'm not a Switch player
Judge: Well now the whole world knows

The Verge has a reporter, first name “Adi”, livetweeting the trial and it’s informative and hilarious. 👍🤣

Yes “exorbitant” surcharges that virtually everyone uses and was already a reduction from traditional publishers. Look how Apple abused it’s position and charged…exactly the same as everyone else.

By far the best thing learned was that game companies just get a flat sum of cash to give away their games. That means all those people who thought they were logging into EGS and “claiming a copy to make EGS pay” just look pretty foolish in hindsight.

The other interesting thing was Apple giving up how many people are switching out of Apple’s ecosystem. They stated 12-26% of people in the last few quarters were buying non-iPhones and swapping out to other devices.

The whole “car/gas station” analogy was also pretty bogus. Gas (something that enables the car to run) is analogous more to power/battery than the app store. The more accurate argument is Epic wants to also be able to sell you a new car stereo and other bling but the current one is designed/molded into place and they’re taking Apple to court to make them redesign the car.

I remember when Apple claimed Fortnite was experiencing a downturn and people laughed. 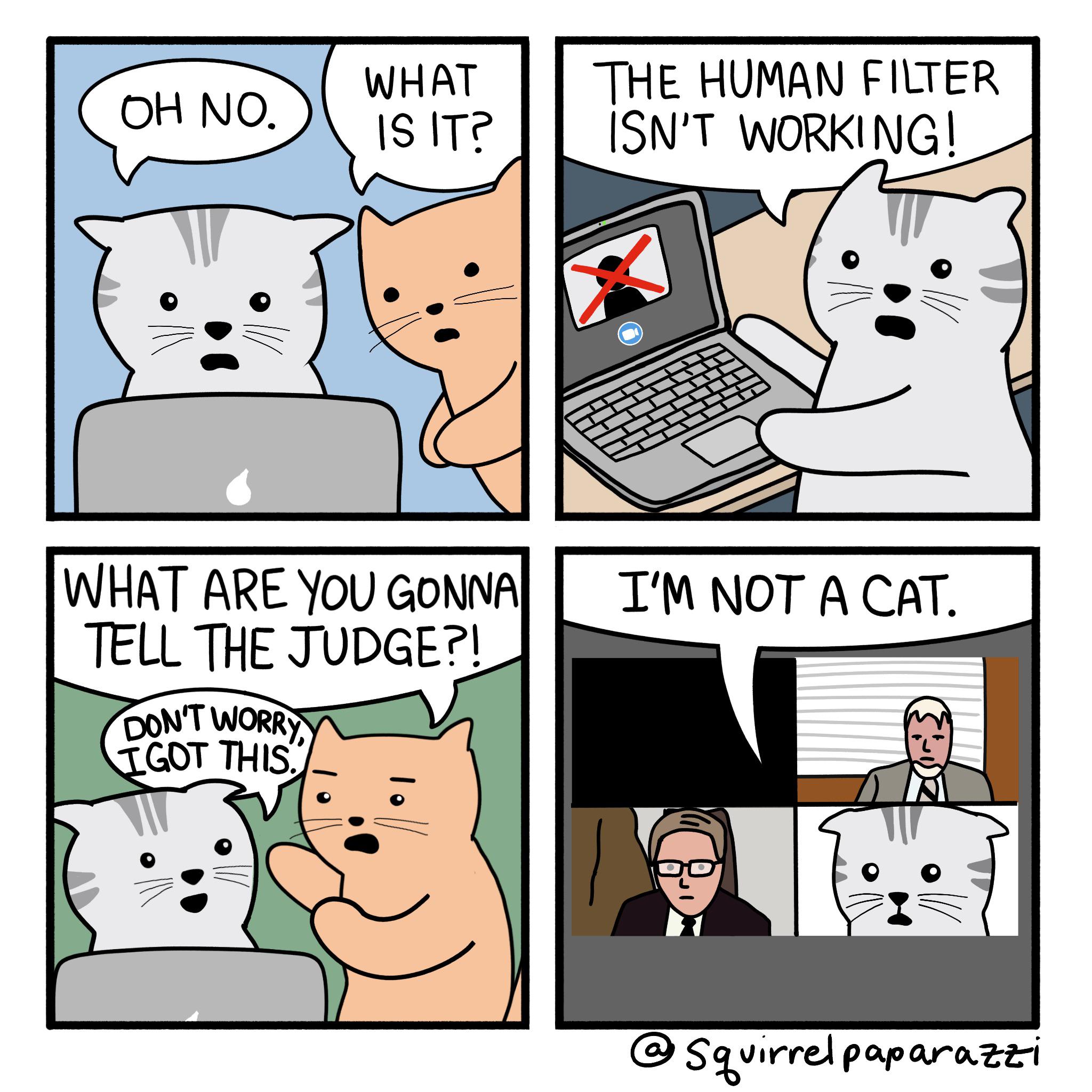 And apparently, the trial itself kicked off with a conference call where listeners discovered they could call in and make noise, so this being the internet, they started screaming things like “Free Fortnite” until a clerk muted them.

“…and as the cacophony of imbecile went on through unmoderated phone speakers, “I’ve made a terrible mistake” – thought the Judge.

Due to the pandemic our company tried this with the quarterly all employee and management meetings, and went about this well, and that’s with only 150 people or so, so that must have been maddening.

Billion dollar games are rare. Basically huge franchises or the odd lucky duck. $9 billion games are…I mean Fortnite might be the only one. That’s like 4.5 a year in a market where call of duty is closer to 2.

And it dropped to less than $3B in 2020, a year where for the most part games increased their revenue (what with gamers having lockdown-induced free time and gaming being a relatively cheap hobby).

Now, don’t take me wrong, Fortnite won’t die anytime soon. But given that Fortnite by itself brings many times more revenue than the rest of the company put together, Epic is bound to be very scared of the natural revenue loss Fortnite is likely to go through as it transitions from the new hot thing to an old game.

True, but if you think about cost of maintenance Fortnite probably isn’t running that hot.

Free to play games are really making the numbers crazy and companies can live a long time if they manage the flood well.

Free to play games are really making the numbers crazy and companies can live a long time if they manage the flood well.

Yes, they really do because people do care about stuff like cosmetic outfits and are willing to spend a lot of money on those. Any developer not adding optional cosmetics store to their game would be very foolish now and would not generate significant revenue.