Boy, am I glad I read the comments. That’s not an admission that I very often make when it comes to my online life, but it certainly held true this week as I continued on in MapleStory. Specifically, a comment from reader Michael Kossyrev, who suggested that I watch some guides by YouTuber Coppersan. And so I did — specifically his Ultimate Beginner Guide, and that advice has made a world of difference.

First off, I’ll need to admit to some further frustration that led to an executive decision. I know the polling has said to follow along the Gunslinger’s path, but when I was following the advice to grind out a couple of levels in an area and I ran out of ammunition for my gun, I got supremely angry to the point that I bought some respecs and swapped over to a Brawler Pirate. So I apologize for usurping the vote, and if there is a way to switch over to Gunslinger again, I’ll make sure to do so, but for the rest of the time I’m pretty much done with worrying about ammunition. 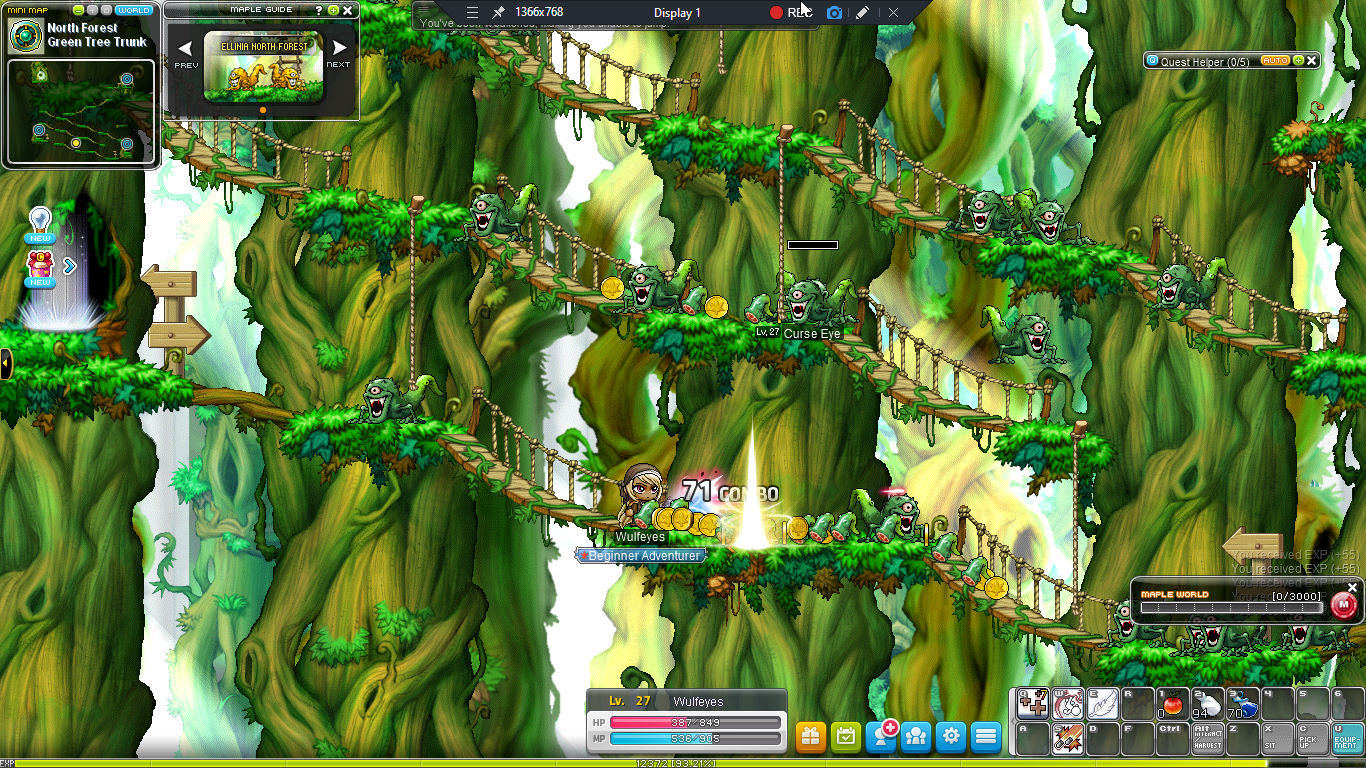 What ticked off my anger wasn’t just running out of ammo (though that was certainly a primary trigger) but also the fact that MapleStory has the single worst enemy spawn logic I’ve ever seen. Within seconds of killing foes, more of them spawn before I have a chance to rapidly mash the button set to collect loot, and nine times out of ten they spawn directly on top of me and dealing literally unavoidable damage, meaning I got locked in a Sisyphean struggle between collecting the goodies I earned and killing the constantly returning monsters before I would get too beat up by cheap damage. It was during this endless hell spiral that I ran out of ammo and completely lost my cool, which lead to the aforementioned class swap. 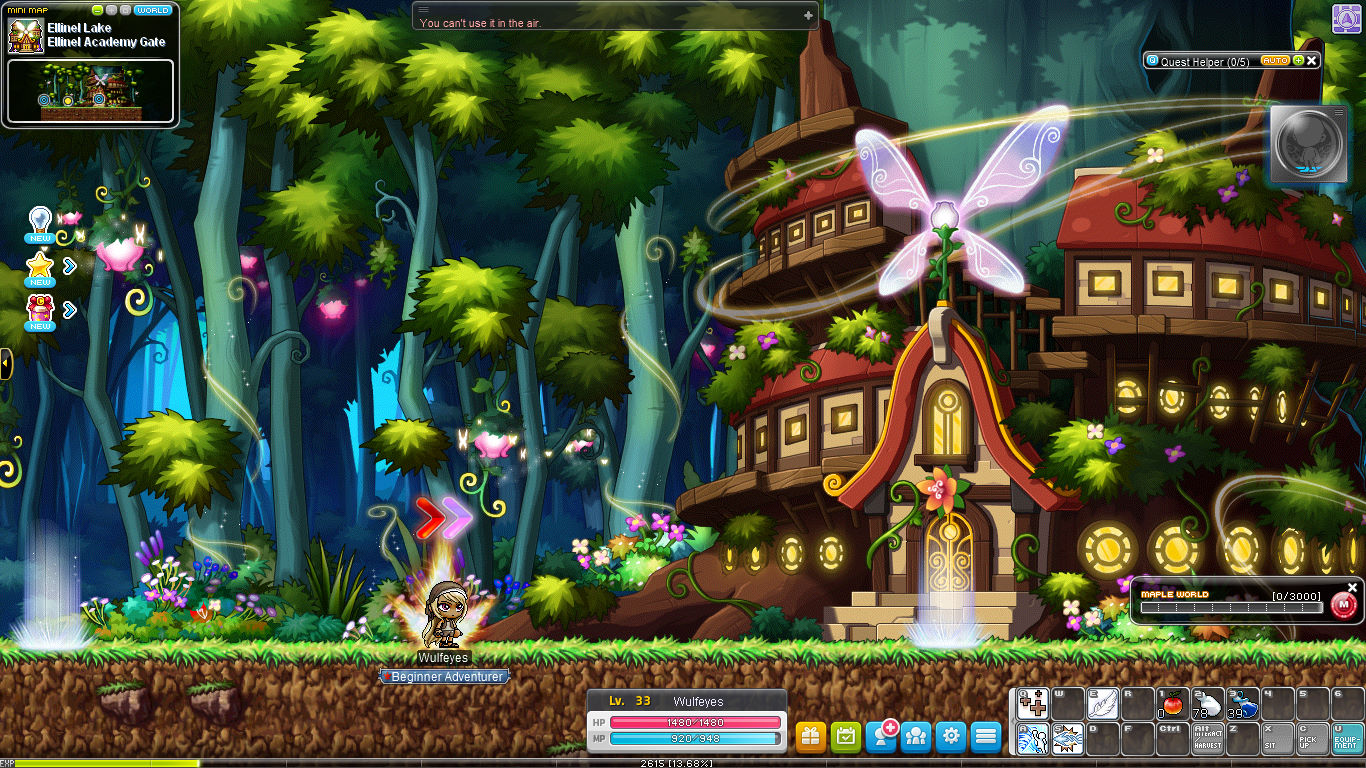 Luckily, I didn’t have to stay in this murderous mosh pit for too long, as I struck level 30 and was able to get to my second job, which gave me not one button to hit but two. I know that reads like sarcasm, but I was genuinely delighted to have something resembling a bit of attack variety. Furthermore, the Brawler Pirate had way better passives that allowed me to regenerate health and mana faster as well as ramp up my stats and HP. I was in heaven and actually started having something resembling fun.

Following Coppersan’s advice, I went on to the Ellinel Fairy Academy Theme Dungeon, which is less like a dungeon in the traditional sense and more like a quest line with its own area. I can’t say that I was super invested in the whole affair from a narrative perspective — something about finding some lost fairy children and beating down a trivially simple Mole King boss — but it did help me continue to rake in the levels and got me some pretty sweet items as illustrated. Also, I was starting to get a hang of MapleStory’s completely goofball control scheme, so that felt nice. 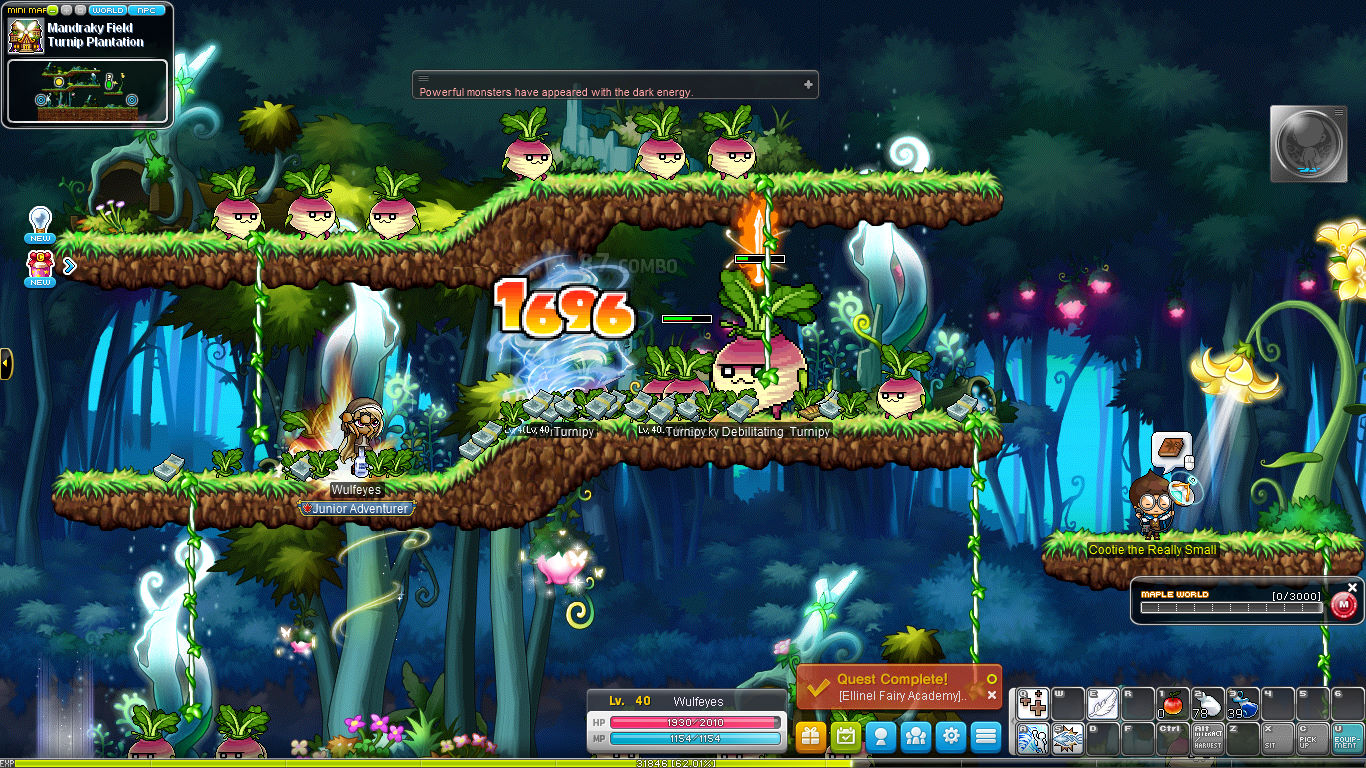 If I sound a bit exhausted of this game, it’s kind of because I am, but I also am recognizing the fact that MapleStory is a marathon and not a sprint. I’ve just gotten into the low 40s in terms of level and won’t be seeing my third job advancement until level 60, which is fine but also a tiny bit daunting. Mercifully, the guidance I’ve gotten from Coppersan has been a boon, and following some of the in-game guide advice has also been useful. In fact, I’m feeling confident enough in my grasping of the game to start digging in to a couple of the other layers of advancement. During my time at the Fairy Academy area, I got an absolutely sweet Brawler weapon that I ramped up to some obscene power levels with the game’s scrolls and Star Force system, and I also ramped up the pretty fairy wings I got for completing the Theme Dungeon.

That dive into new systems actually kind of leads in to our poll for this week. Following the video’s advice, my next Theme Dungeon visit should be Riena Strait, but I’ve also got a wide number of system-specific tutorials that I’m being pushed towards. That said, I’m not sure if my temporary time in MapleStory means following those steps will bring value. So once more I turn to the veteran Maplers out there for the poll question.

What should be my primary focus next in MapleStory? 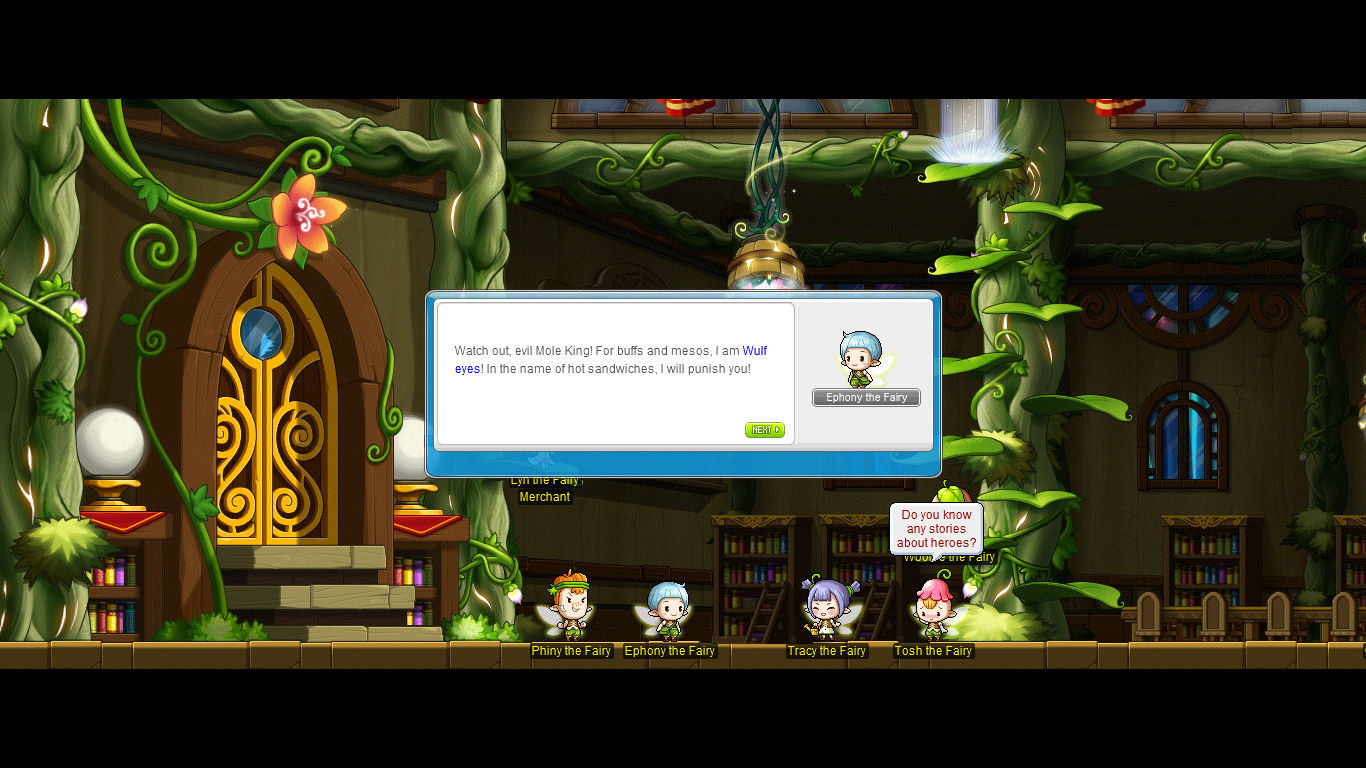 Once again polling will close at 1:00 p.m. EDT this coming Friday, May 14th. For the time being, I suppose I’ll kind of put this one away for a couple of days. I know that this game is probably meant to be mainlined, but boy do I need a break.