END_OF_DOCUMENT_TOKEN_TO_BE_REPLACED
If the suggestive World of Warships transmedia synergy we joked about earlier this week didn’t grab you, maybe this much more serious and wholesome one will: Wargaming announced today that it’s spearheading an enormous campaign to bolster real-world museums and historic sites in conjunction with the already-existing Long Night of Museums tradition. The company is already well-known for its efforts to restore such sites and celebrate the real-world heroes from the events that its war-themed MMOs cover, so maybe this won’t be a surprise, but it’s still a welcome effort.

“Wargaming, developer and publisher of the widely popular, free to play naval combat game World of Warships (WoWS) is pleased to reveal the Longest Night of Museums. The global showcase will feature 15 different historical and naval museums from around the globe. Join virtual museum tours and live Q&As with the historians on International Museum Day, 18th May 2021 with over 17 hours of content available to watch for free starting at 07:40 UTC. The Longest Night of Museums will be streamed live on World of Warships and World of Warships: Legends YouTube and Twitch channels and on Steam. Museums and historic sites have felt the brunt of the pandemic, and with travel and tourism still largely restricted digital activities are vital for these organisations to maintain a connection with the public, and continue to bring the world’s naval heritage to life.”

The event includes stops in Australia, Taiwan, the UK, Sweden, and the US. So that’s basically 17 hours of touring world-class museums, some of which you’re unlikely to ever visit in real life, pandemic or not. Not too shabby. And if for some reason you don’t care about history, hey, there’s Twitch drops too. Look, you can’t pass up a free education and Twitch drops. 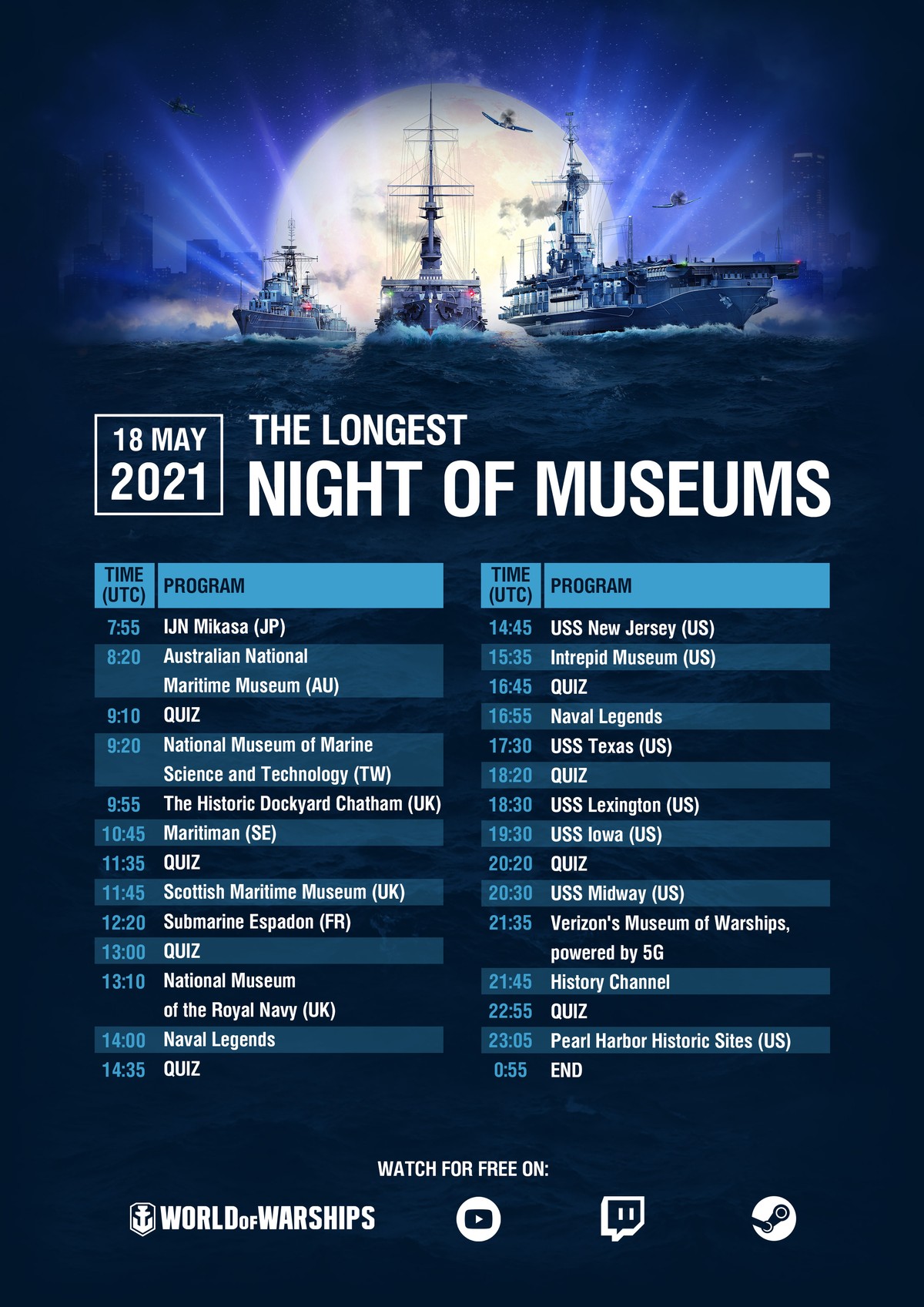