Earlier this month, the devs of Elite: Dangerous announced that PC players of the game would not be able to share the same instance with friends if one player owns Odyssey and the other owns Horizons. Apparently, it wasn’t quite so black-and-white as that, as Frontier Developments have put out a new forum post that further clarifies just what things players can do together whether they own the expansion or not.

Once Odyssey launches for PC, Horizons players and Odyssey players that are in Horzons mode will be able to share space and Horizons planetary surface instances, while Horizons owners will not be able to instance with Odyssey owners in space or atmsopheric planets, won’t have access to on-foot gameplay, and will not receive graphical updates.

After the expansion launches for consoles (which is still slated for sometime in the fall), Horizons owners and Odyssey owners will be able to instance with one another in nearly all cases, though Horizons owners will obviously still not have access to on-foot gameplay and shared planetary surface experiences are still being worked on to bring players together and “[fulfill] obligations to players in terms of age ratings.”

The post further notes that the background simulation will affect all players across all platforms when Odyssey launches, confirms matchmaking will indicate whether friends are in Horizons or Odyssey, and explains what sort of crime statuses will transfer over when moving from one version to the other. The devs also put out charts for what player instancing will look like at Odyssey’s PC launch and console launch, which we’ve put at the bottom of the post, both of which can be expanded by clicking on them.

Elite Dangerous: Odyssey will be launching on PC tomorrow, May 19th. Fans of the game can look forward to a week of related community events, and we’ll be sure to offer our impressions of the final product later as well. 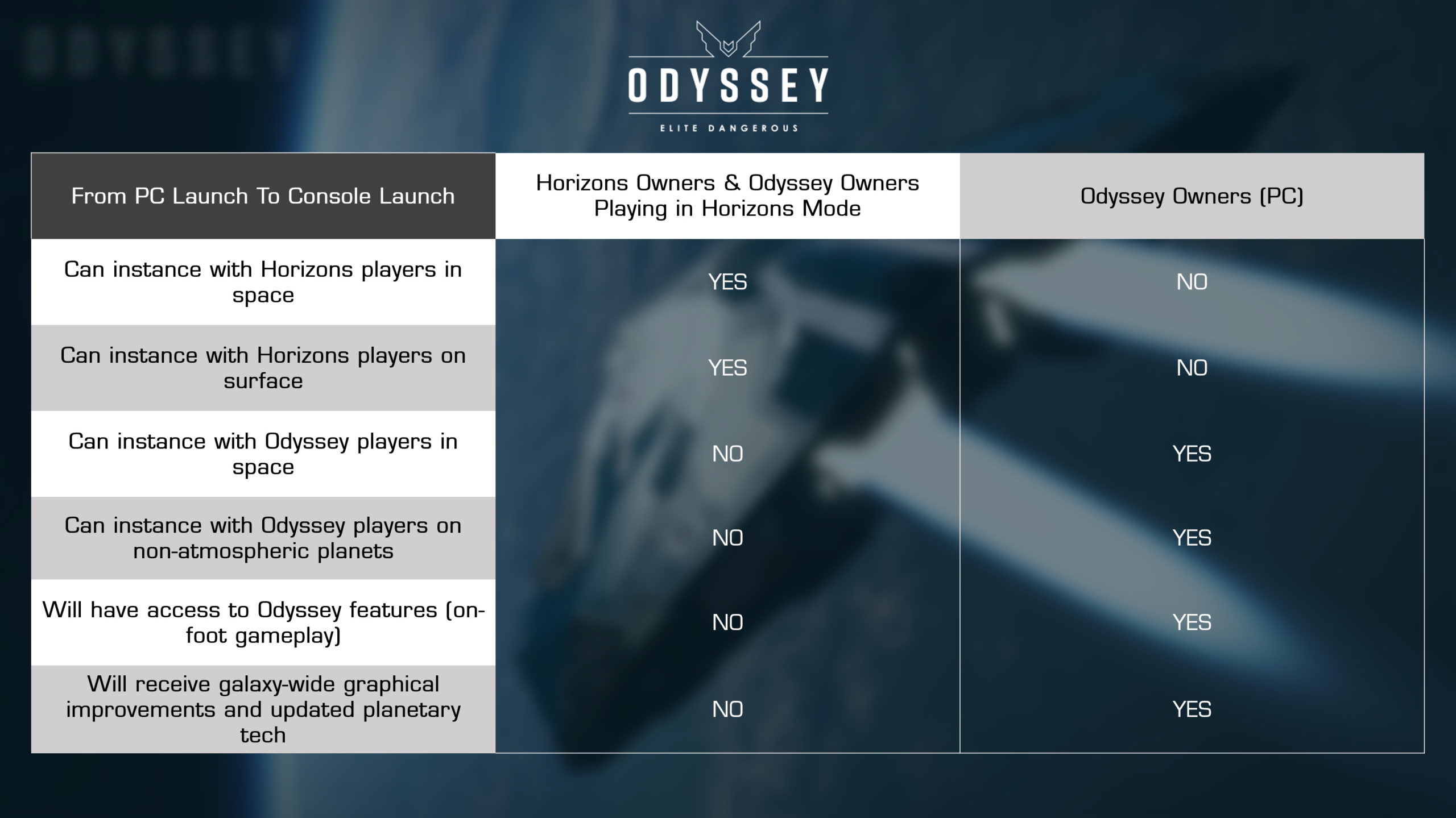 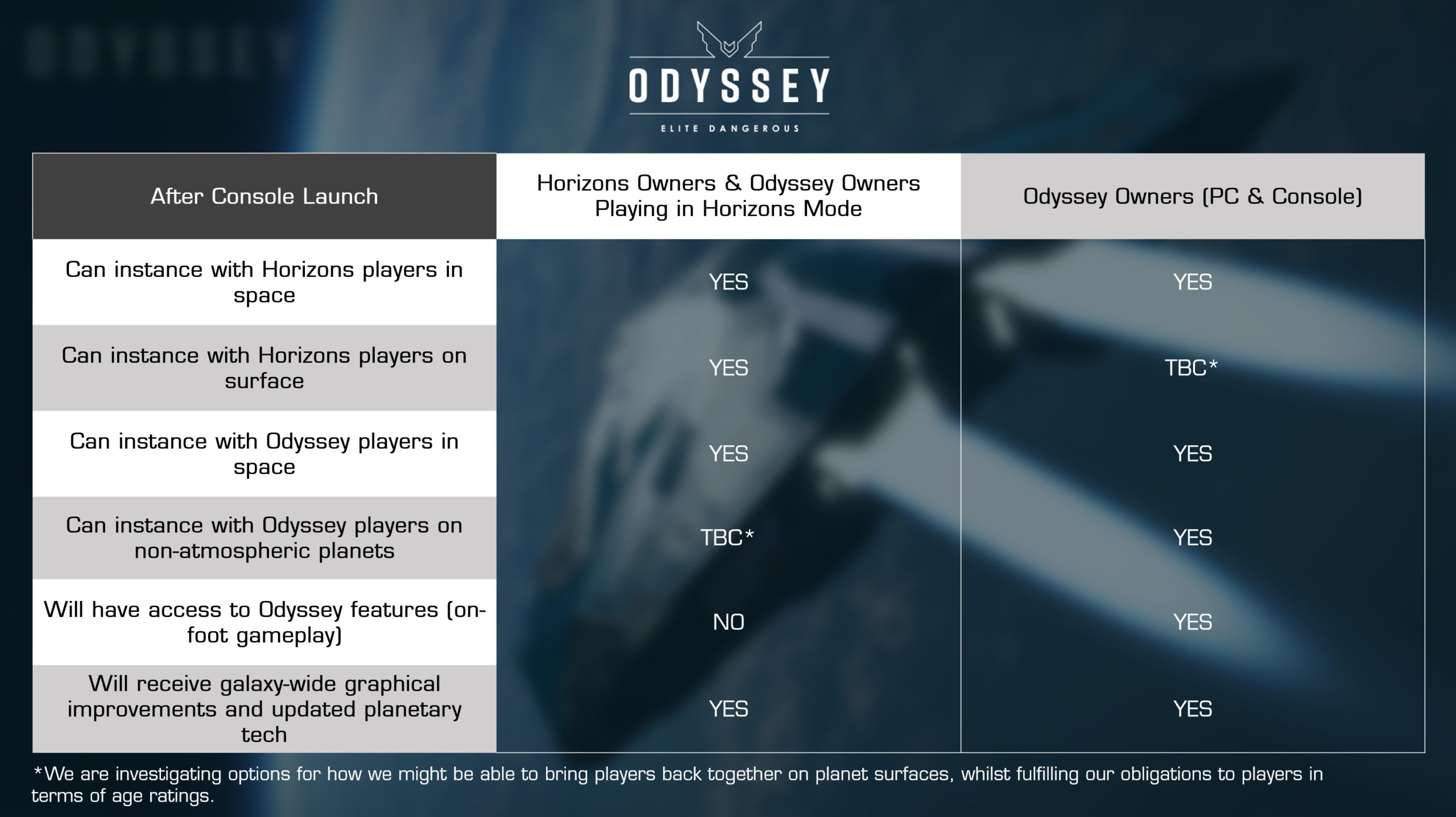