I’ve got to admit, I’m very glad to see this one behind me, and that kind of makes me sad. MapleStory should have had all the elements of something that would be compelling and whimsical, but all I feel now is annoyed by the time I’ve had in-game and glad that it’s finally over with.

Before I go off into too much of a ramble, however, allow me to first explain last week’s absence. As this past Sunday’s MOP Up column succinctly pointed out, these past few days were pretty busy in or neck of the gaming woods, and I had a couple more projects land on my lap that I had to clear first. So, apologies in advance for missing out last week, but I did get back into the swing of Mapler things and followed your directives: head to the Riena Strait and level up. 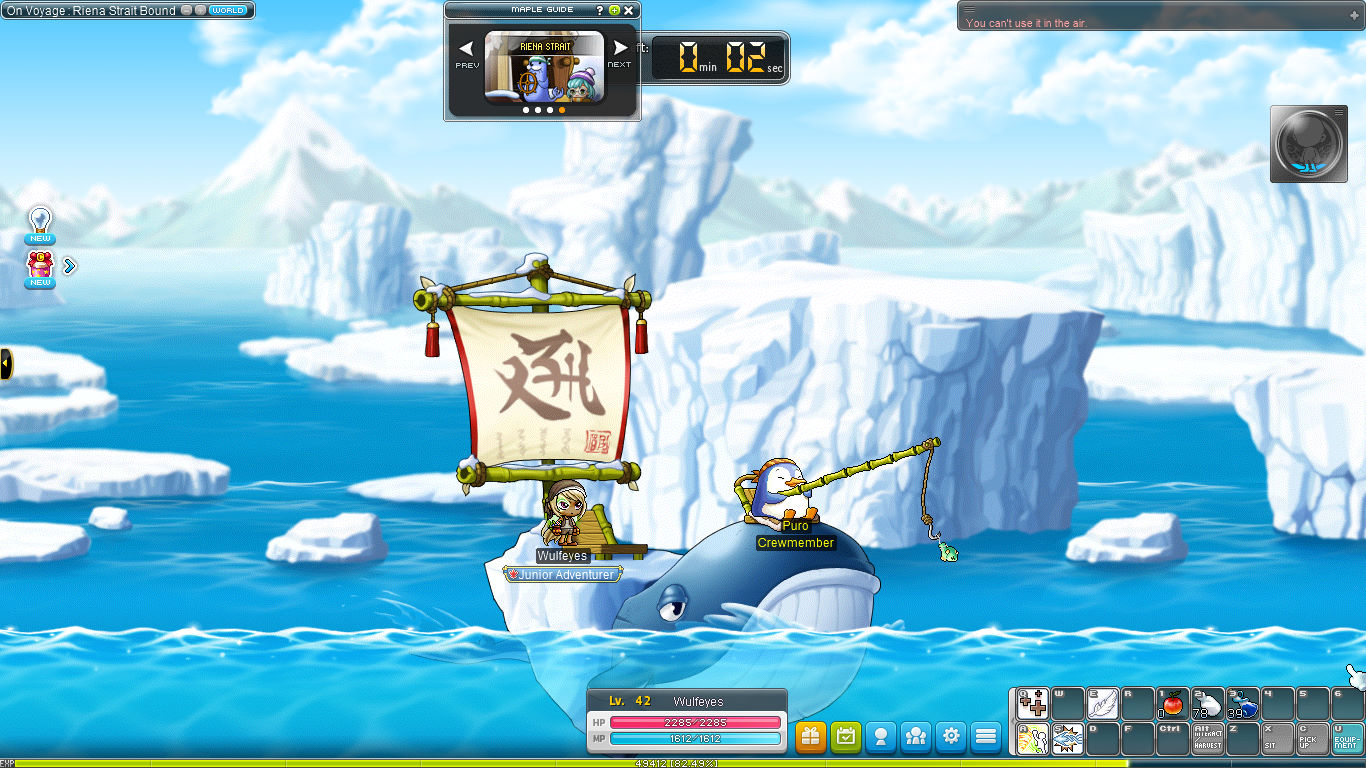 As theme dungeons go, Riena Strait was (no pun intended) straightforward. In fact, I feel like this one went by way faster than the Ellinel Fairy Academy area. The setup was pretty simple as things go: investigate some rising water levels and determine why the icebergs of the area are melting. That was about as much investment as I was getting into this round of play, as after a while I was gleefully smashing the enter button to blitz past quest dialogue and accepting the several popups to skip cutscenes. I fought adorable fossil rock monsters, vats of sludge, and one enemy type known as Possibly-Evil Seals.

At the end of it all, there was apparently some sort of rabbit wearing a general’s hat riding a mechanized tank thing that did a lot of seemingly unavoidable damage. Or perhaps it was avoidable, I don’t know. By this point, my brain had pretty much become pudding, I had unlocked a class trait that made it so enemy hits wouldn’t push my character back, and I had an obscene amount of healing potions. I just stood there, took all the damage, pounded back bottles of healing potions, and just spammed my Corkscrew Punch until the boss died. Easy. 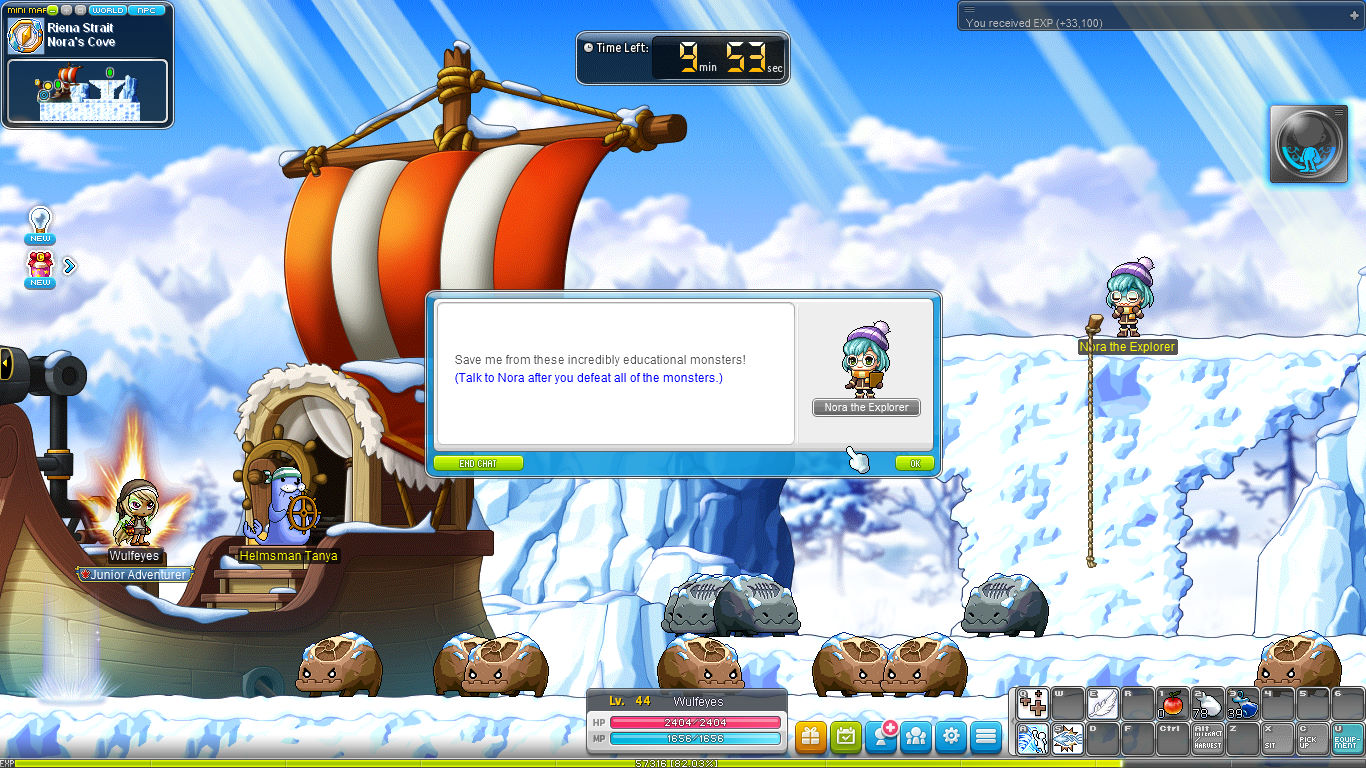 While I don’t really think MapleStory is meant to be a challenging game, it is one that feels like it’s overstaying its welcome to me. Or perhaps it’s just all of the little obnoxious things that I’ve had to muddle through over the course of this month. It’s got the cute aesthetic I was looking for, it genuinely does have some giggle-worthy dialogue, and the game absolutely lets its silly flag fly. But at the same time, the weight of its charm isn’t enough to counterbalance all of the little annoyances it has. The controls are annoying. The sound effects are annoying. The fact that I have to click on NPC chat boxes to start up quests is annoying. The tiny little buttons to close windows are annoying small. It’s all annoying. This game is freaking annoying.

Perhaps I’m just salty that this game persists while MapleStory 2 — a more refined, more enjoyable, easier to play, nicer to look at, and overall more fun game — got sunsetted. All I could really think about as I went through this game is how much better its sequel did things. Granted, its story wasn’t really all that engaging either, but the combat just felt tighter, the controls were infinitely more accessible and less frustrating, and it had all of the whimsy and color that I wanted to be splashed with in this game.

I guess I just don’t get it. Or won’t get it. Or refuse to get it. Maybe this game just isn’t really meant to draw in new blood. Maybe it has its fans, which if that is the case then that’s wonderful and I hope that the devs continue to give those fans all of the goodness they could want. I’m just extremely over it and ready to move on. I wanted saccharine joy and all I got was an unfulfilling sugar rush delivered alongside obnoxious little pinches.

But hey. I fought a warmongering general bunny and his pretty little hate machine. Not many MMOs let me claim that. 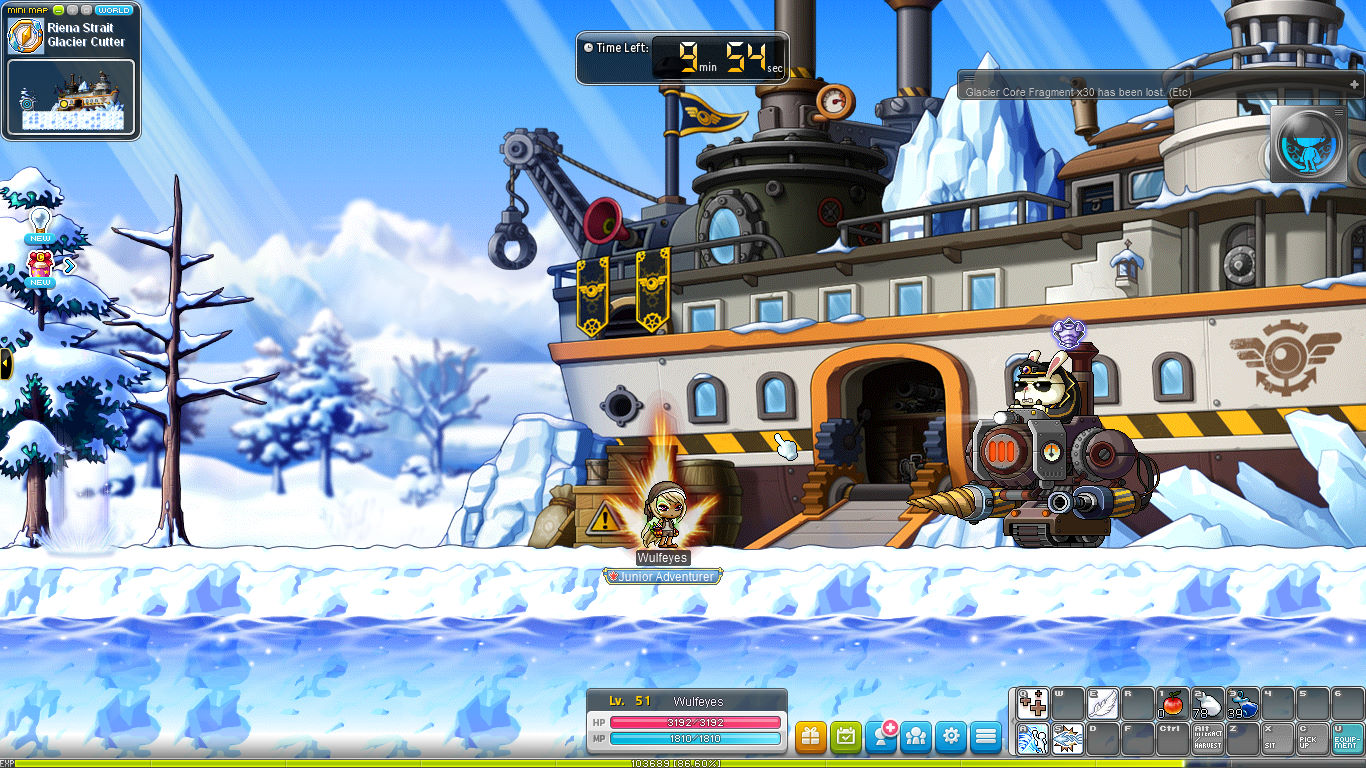 Like I said, I’m glad to be moving on, and move on we shall. This coming month I’ve got something that’s hopefully exciting lined up for all of you. I’m going to be taking my first-ever foray into Star Wars Galaxies by way of the SWG Legends emu server. That’s right, the sandbox MMORPG that arguably is the grandpappy of modern sandbox MMORPG design is up next.

Mercifully, I won’t be going it alone, as I’ll have some truly powerful help to guide me along and she’s been doing a good job of getting my energy levels up for this first visit. But before that, there is the matter of what profession to start off with…

What should be my starting profession in SWG Legends? 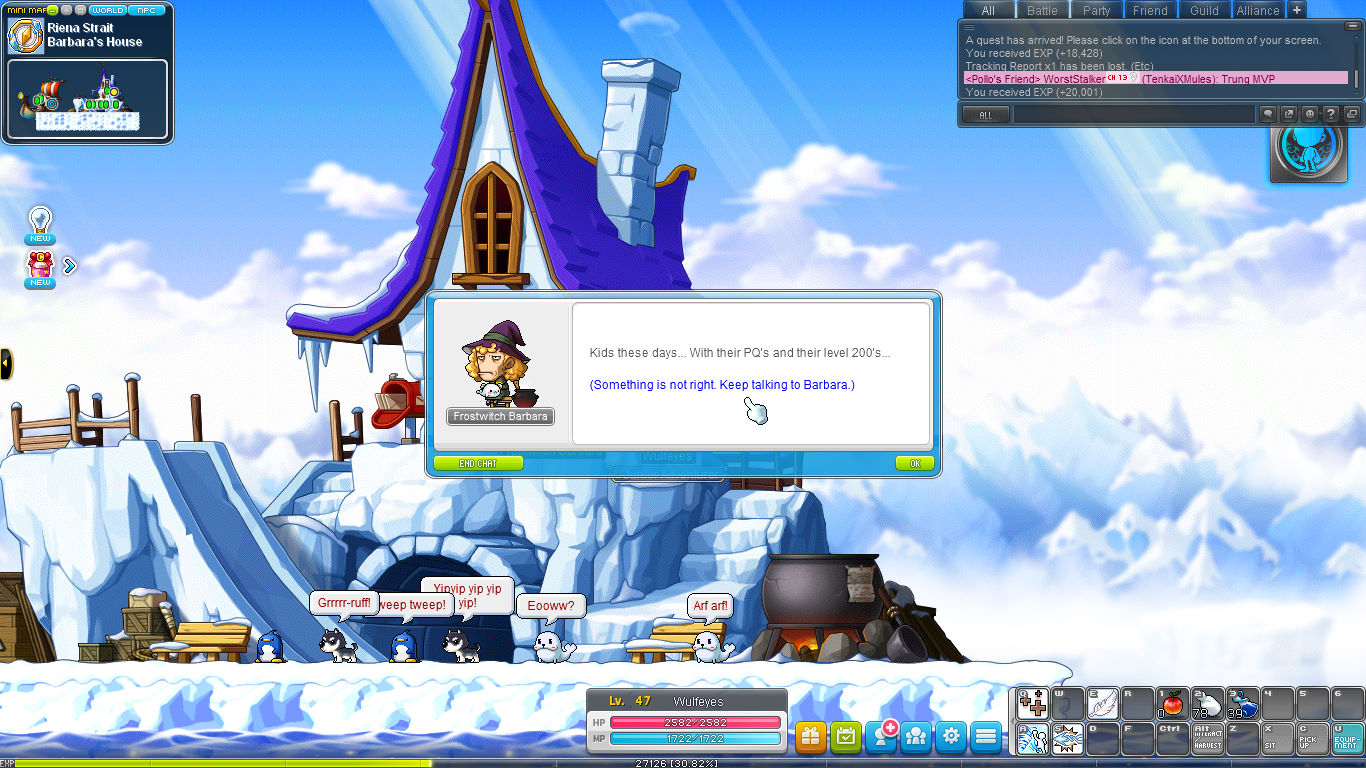 As usual, polling will wrap up at 1:00 p.m. EDT this coming Friday, May 28th. We’ll be watching this week’s polls very very closely indeed.