Star Trek Online fans are surely busy with their captains in the game’s House United patch that just rolled out last week. But maybe we can tempt them away for a minute, as Cryptic and Perfect World have put together an epic set of giveaways for our readers in honor of the release.

END_OF_DOCUMENT_TOKEN_TO_BE_REPLACED
For our first thousand readers today, we’ve got keys for the Klingon Personnel package. And then we’ve got a sweepstakes for Klothos and Klingon Personnel Package key and a nifty physical Bat’leth No Touch Tool. I mean, if you gotta touch a keypad or open a door, this is the way to do it. This giveaway is a two-parter, so make sure you read on for all the details! 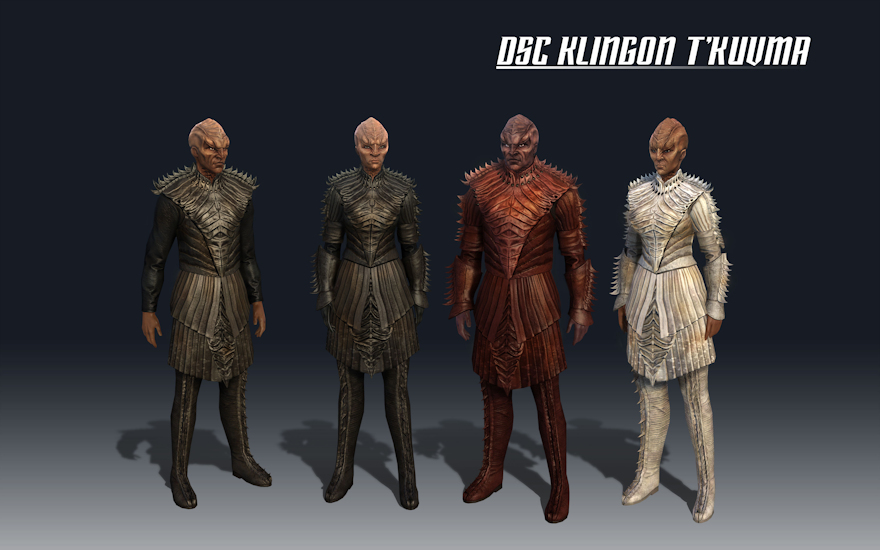 For the first part, PC players can grab a key for the Klingon Personnel package (until we run out); it includes the Klingon Miracle Worker Bridge Officer and T’Kuvma Uniform (from Star Trek: Discovery) for Klingon Captains, plus the Klingon Species Unlock, 12 inventory slots, and 12 bank slots.

Keys can be redeemed using the official Arc instructions, only on PC, only once per account, and only until December 31st, 2022. Do note that by design, some of these items work only on KDF- and Federation-aligned characters. Items will appear in the Promo Tab of the C-store and can be claimed once the character has completed the tutorial.

The sweepstakes part of this promo includes keys that unlock the T6 Klothos and Klingon Personnel Package for PC, plus the physical prize: the Bat’leth No Touch Tool.

Bat’leth No Touch Tool: Created exclusively for Star Trek Online, this miniature replica of the Klingon “sword of honor” features a stylus tip to help you fight germs found on standard touch pads and other high traffic surfaces.

Miracle Worker Cruiser – Klothos class [T6]: This Tier 6 cruiser has been named the Klothos after one of the first Klingon vessels outfitted with a cloaking device, also famed for having been captained by Kor – an honored hero of the Empire’s recent past.

Three winners will be drawn to win each of these packages. We’ll be using Rafflecopter to count the entries for us! You can earn entries in the giveaway by completing different steps in Rafflecopter; the question field is mandatory, but following us on Twitter, tweeting about this giveaway, and leaving a comment are optional and result in more entries. Rafflecopter uses javascript, so you’ll need to enable it to see the entry widgets below:

Entrants are subject to our official contest and giveaway rules and cheaters will be disqualified. Entries will be accepted until the sweepstakes’ end on Tuesday, June 8th, at 12:00 a.m. EDT (midnight Monday night). We’ll draw the winners by the following Wednesday evening (EDT), so make sure you’ve submitted a working email address in Rafflecopter. The three winners will be contacted by Massively OP for name, mailing address, email address, and phone number for dispatch to PWE, which will be shipping out these physical rewards late in June. If we receive no response after four days, we’ll draw a replacement winner until all three grand prizes are claimed.

International gamers, we’ve inquired with PWE as to whether it can ship outside of the US. (Sometimes it can, sometimes it can’t.) We will update when we know for sure.

For the stats junkies:

Hey folks! We’ve just drawn our initial round of winners, and they’re displayed on the widget above. We’ll be reaching out to the winners shortly, so if you spy your name and haven’t heard from me yet, email me ASAP! If I don’t hear back from you by June 12, I’ll be drawing replacement winners until we get all the grand prizes dispatches. Last sweepstakes, we had to do that for two of the three winners, so please make sure your email works and that our email isn’t dropping into spam!

We got in contact with all three winners, so we’re calling this one closed. Gratsss!

So, apparently the contest is over, even though it’s only 10:16pm EST? Uncool, massivelyop. Uncool.

They need to redo Voyager. The premise is just amazing but it needs to be a full on drama, a darker series about Star Trek where the crew truly has to deal with being completely cut off from the Federation, from Earth, from Starfleet. They have limited resources, have to scavenge and test their morals and ethics at every turn facing unknown enemies. Year of Hell should have been a whole season and not just a two part episode, for example. Then there’s the example of Equinox, what that crew and captain had to go through seems so much more realistic than how Voyager skipped through the Delta Quadrant. Redo Voyager and make it the series it deserved to be.

I’d like to see a reboot of the ST:Enterprise era because they rushed with the conclusion of the Xindi/temporal storyline.

I’d love a reboot of the end of the Enterprise era – it didn’t end as well as it should, and we need the Romulan War saga.

I Wish Star Trek Enterprise had lived longer then it did

The Kirk’s story reboot is great, now is the turn of Picard’s story

I would like to see reboot of Voyager in a sense of missing, cut out content due