Remember two years ago when the ESA announced an optional new policy for the US games industry that would theoretically encourage games companies to catch up with the then-already-present trend to disclose the odds of items hidden in gambleboxes, lootboxes, and lockboxes? We were all pretty skeptical that anything would ever come of it, since not only was it not going to be mandatory, but it appeared to be an attempt to deflect the actual government regulation that was heating up before the pandemic derailed pretty much everything. In fact, the ESA almost immediately started holding the policy up as a shield in response to government inquiries, despite nothing concrete actually having been designed, timelined, implemented, or enforced. Predictable, right?

Two years later, many of the original signatories of this new policy have still done very little to curb their gamblebox excesses. But one EA title is finally poised to adopt transparent lockboxes, something we’ve seen in MMOs since at least 2017. The game here is FIFA Ultimate Team, which is apparently testing gambleboxes that display to players what they could potentially win before they buy them.

“For the remainder of the Festival of FUTball campaign, all FUT Packs available for purchase in the FUT Store will be Preview Packs. While the names of the Packs will likely be familiar, they will work differently to the Packs you’ve experienced before. Preview Packs will allow you to see the specific Items in that Pack, before you decide if you want to buy the Pack. Packs not directly obtained from the FUT Store, such as rewards from Division Rivals, or earned from an Objective or SBC will not be Preview Packs, and will continue to function as they do now. […] If you choose to buy a Preview Pack, with either FUT Coins or FIFA Points, you will go through a new in-game flow. This flow will show you the specific Items that are within the pack before you are given the option to obtain it.”

It’s a bit of a surprise from the company that tried to launder gambleboxes as “surprise mechanics” that would give players a “sense of pride and accomplishment.” Of course, as we’ve noted in the past, revealing the potential winnings and odds does reduce fraud but does little to curb gambling problems. The House always wins, and if it didn’t, it wouldn’t run the game – it’d just directly sell you the thing. Your best bet is always not to play. 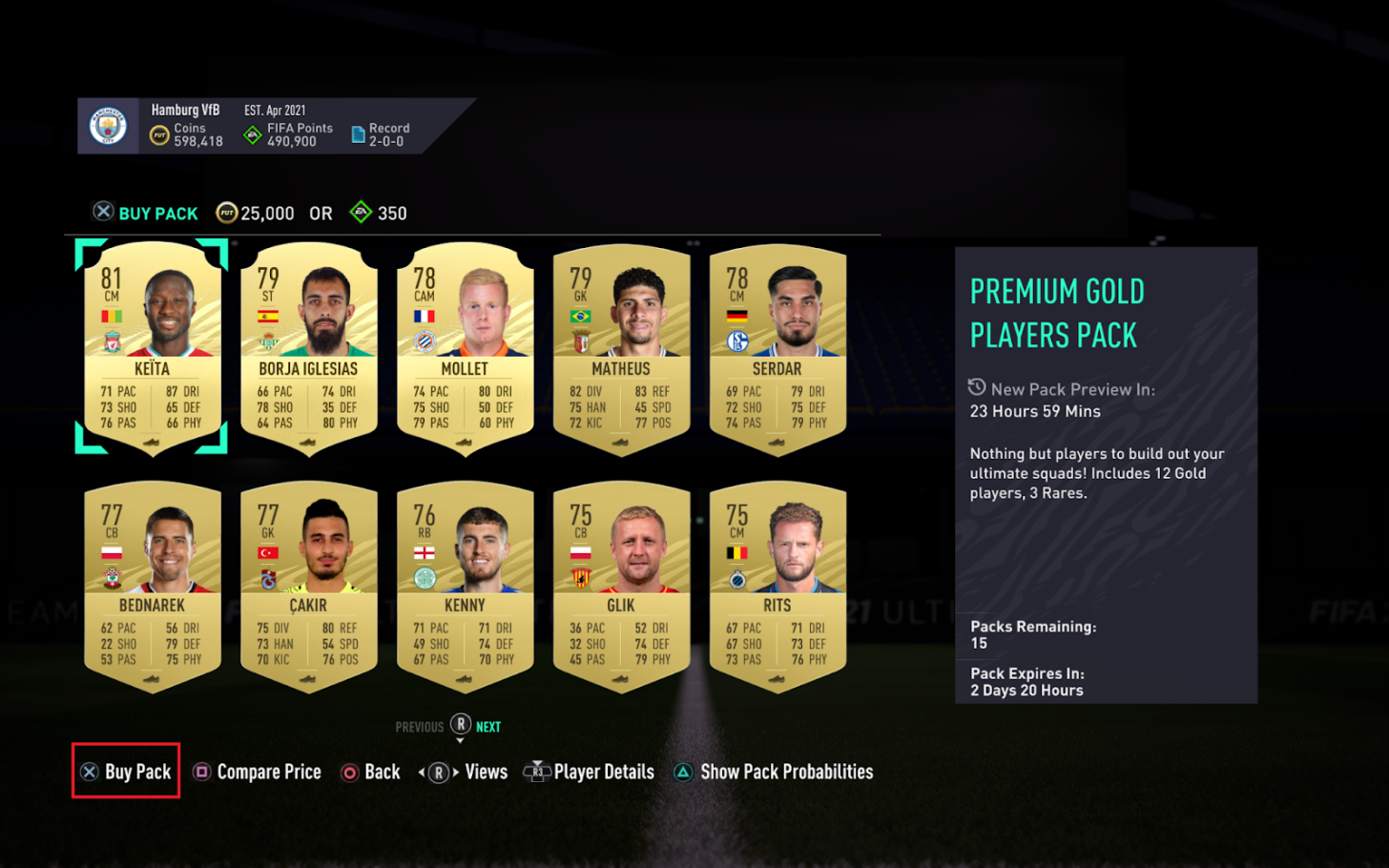