I’ll admit I had low expectations for the new co-op action game Dungeons and Dragons: Dark Alliance. The graphics looked a bit dated, and the trailers made it seem a pretty campy. But I play a heroic amount of D&D IRL, and I like action games, so how bad could it be?

“How bad could it be,” he asked, the words echoing ominously into the cold night. A wolf howled in the distance.

Let me say upfront I feel bad giving overly negative reviews to games, especially when the devs were kind enough to give me access for free, as is the case here. Video games require immense work by a lot of people, often in brutal working conditions, and even when I’m critical, I try to honor that, even if I don’t always necessarily succeed. I try to find some positive in every game, even the ones I don’t like, because for someone that one positive might be enough to make them love a game.

But I’ll tell you now: I could find nothing to praise in this game. Perhaps if I played more I might have found some, but my experience of the early game was so frustrating and so bereft of any redeeming qualities that I just couldn’t bring myself to continue.

If you wish the gory details, read on.

For starters, Dark Alliance is just generally mediocre in many basic areas. As previously mentioned, the graphics look a bit dated, and the character animations are floaty and awkward. The voice acting is also a bit lackluster. The story feels reliant on previous knowledge of Drizzt’s adventures, and I’ve never read those books. 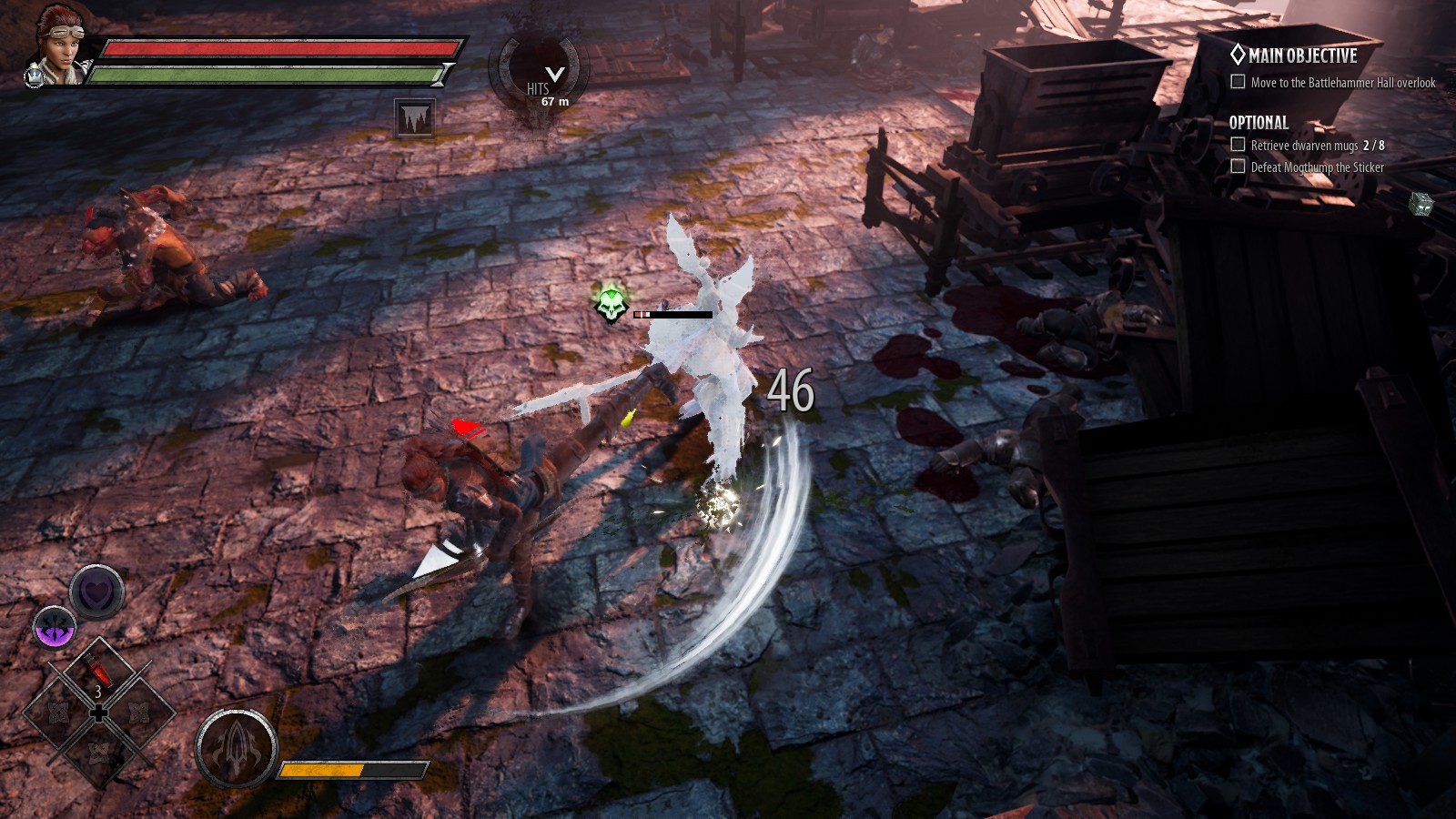 I was also quite disappointed by the limited character selection. There are just four options, and none of them is a magic-user, which feels like a major oversight for any fantasy game. I went for Catti-brie, an archer who serves as the lone ranged option in the line-up.

However, while disappointing, none of those things is necessarily a deal-breaker. But there are some truly major design flaws that really hobble this game.

I don’t think I have ever played a game that feels so actively hostile to a keyboard-and-mouse user. I think we’re all used to games that have been designed for controllers first and feel a bit awkward as a result, but usually I find I have a high tolerance for such things.

This is on a whole other level, though. The PC controls are nothing short of nonsensically awkward. Aiming a ranged attack requires holding down a key on the keyboard (I rebound it to tab, though I believe ctrl was the default), which might not sound so bad, but when you’re used to aiming with the right mouse button (you know, how 99% of third- and first-person games do it), it feels incredibly awkward, especially when your keyboard hand also has to handle movement and using any abilities or items.

But the most egregious example is the fact that switching targets while using your target lock requires you to switch one hand over to the arrow keys, as if you’re playing some ’90s DOS game. You can play the game without using target lock, but making it so awkward shows you how little thought went into the PC controls.

Those are just some of the worst examples. It felt like I was fighting the game itself more so than the goblins I’d been sent to kill. Yes, rebinding can fix some of this, but a lot of things can’t be rebound, and the way there are so many things that require unique bindings further aggravates the issue. The best solution is presumably to use a controller, but that doesn’t help those of us who don’t own one. 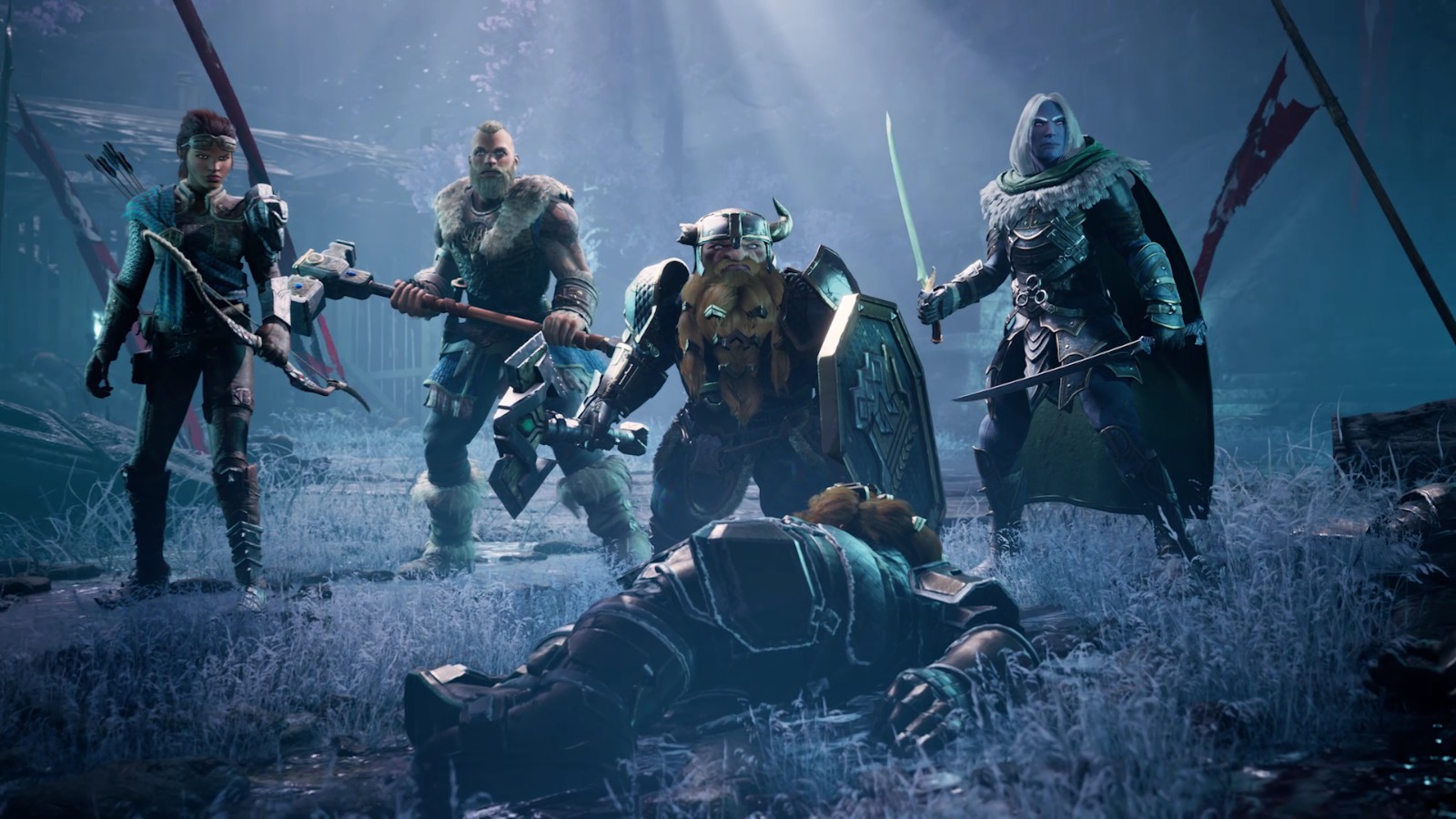 Even if you do solve the control issue, though, there remains the issue that the combat just isn’t that fun, even putting aside the awkward controls. A game like this lives and dies by its combat, so that’s a pretty big problem.

There aren’t many active abilities, and they have extremely long cooldowns, so you’re only going to be using them every other fight at best. Therefore pretty much all you can do is just spam your basic attacks, and that gets old fast.

In theory, there’s supposed to be a combo system based on alternating light and heavy attacks in specific patterns (that aren’t explained), but I never seemed to manage to trigger any. I’ve never been very good at those kind of combos, so maybe it’s a me issue, but I suspect it may be that ranged attacks can’t trigger combos.

I did notice that there are many other effects that can’t be triggered by ranged attacks, such as the “empowered” hit you can do with careful timing after a melee hit. Since nothing explains this, it made for a rather frustrating trip through the tutorial, let me tell you.

Honestly, it feels like this game hates ranged characters almost as much it hates keyboard users. There’s only the one, and she just doesn’t work that well. The ranged mechanics and controls were so clunky that half the time I ended up just punching enemies to death instead. 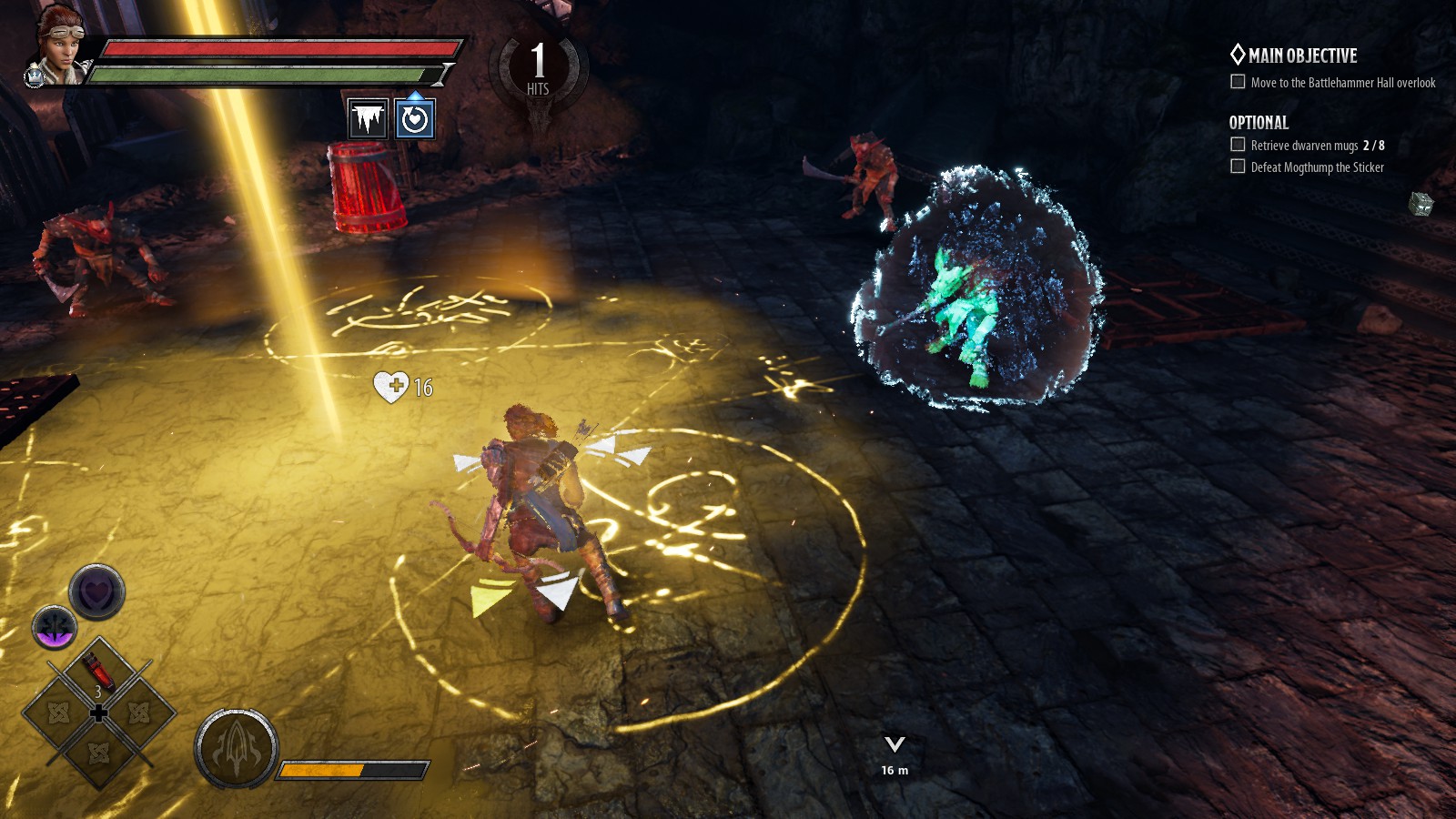 One final issue I wish to bring attention to is how punitive Dark Alliance is for those with limited time or unstable connections. If you leave a mission early — say, because you disconnected, or got called away from your computer — you lose all progress from the mission. And I mean all progress. Not only do you need to start the mission over from scratch when you play next, but any loot or other rewards you might have earned will vanish. Since the missions seem relatively long for a game of this style (expect to spend at least thirty minutes on each), that can really sting.

And that’s the limit of my impressions. As I said, I don’t enjoy giving a game such a negative review, and it is possible there is good stuff I didn’t get to, but I don’t expect many people are going to have the patience to overlook Dark Alliance‘s myriad flaws.

Honestly, if you’re looking for a cooperative action game set in the Forgotten Realms, I would say just play Neverwinter. For all its rough edges, it’s a much better game than Dark Alliance as it stands.