Fallout 76 is gearing up for the Steel Reign update in just a couple more weeks – and that means players are about to embark on a new season to boot. Season 5 promises new post-rank-100 challenges, new legendary gear and cores, power armor displays, power armor paint, new weapon skins, and a washer and dryer for your C.A.M.P. That might be a first in an MMO?

“K.D. Inkwell is back in an all-new adventure! This time, we join our heroine on a thrilling adventure to the 42nd Century! After a calibration malfunction, K.D. Inkwell is thrust into a dystopian possible future inhabited by Dolphin Human Hybrids called the MIND Organization! These nefarious nautical beings have only one goal in mind: to convert the last remnants of humanity into their soulless collective. Can K.D. escape this wild world? Or will she find herself forced to join the masses of Dolphin Human Hybrids herself?”

Definitely check out the calendar (embedded below); after season five begins, there’s a whole series of events planned in the run up to the fall update in September. 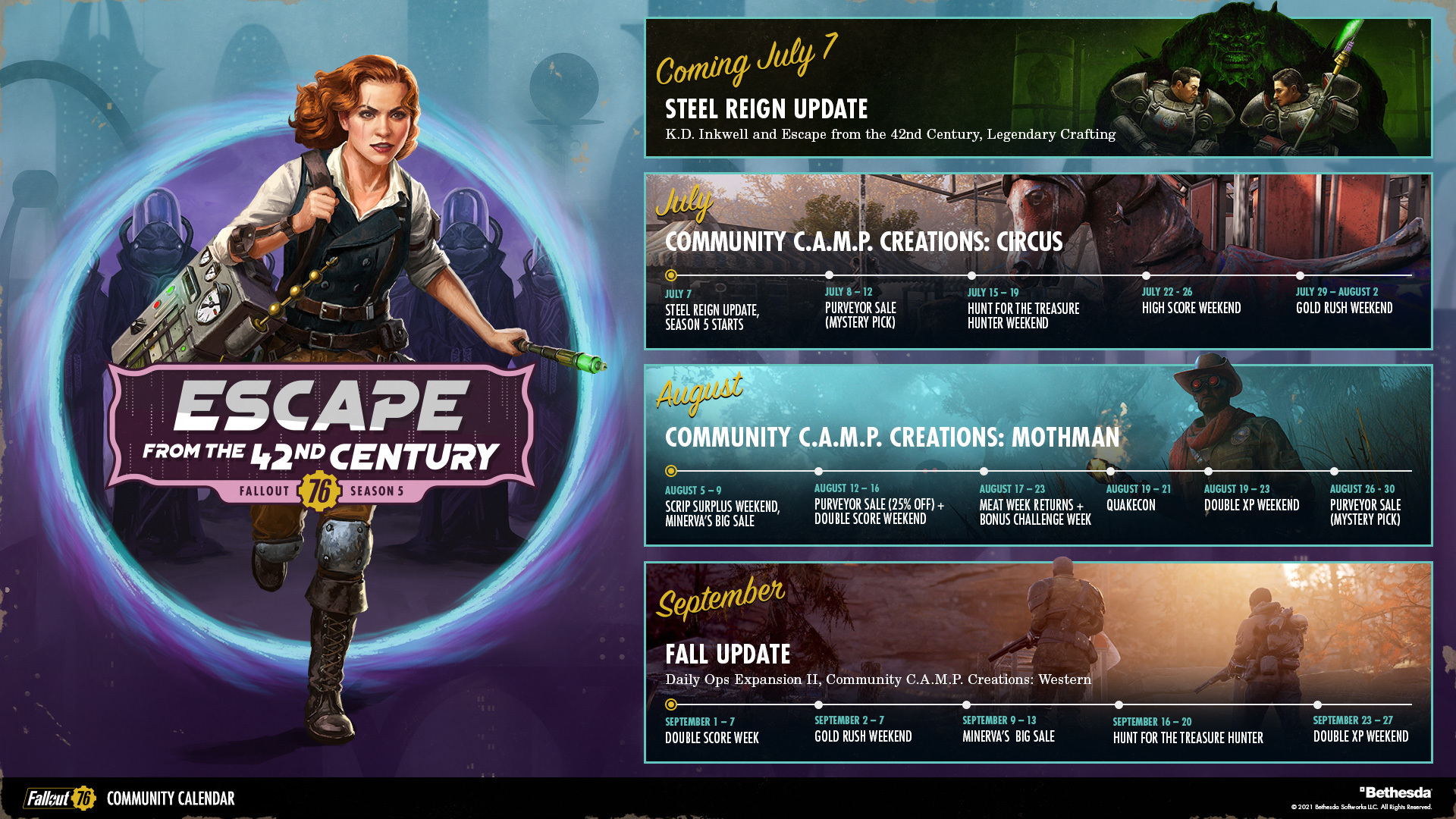