If you’ve been wondering where RIFT’s Summerfest event was this year, you’re not alone. Apparently, the festival rolled out to EU servers this morning without any official studio announcement, while North American servers are still waiting for both an announcement and the patch.

Readers will recall that Gamigo, which bought RIFT in the Trion firesale years ago, closed down multiple MMORPGs this past spring. Just as we were wondering whether RIFT was next, the studio laid off a large portion of the remaining RIFT team. In an interview with us following the layoffs, the studio said that “RIFT is contributing a great deal to [its] roster” but was cagey about the game’s future, which put a damper on the spring anniversary celebrations. “Party until the curtains come down,” MOP’s Justin said, and that was the last substantive update to the game until now, other than cash-shop sales.

MOP’s Choose My Adventure columnist Chris took a multi-week jaunt through RIFT this past spring, ultimately finding the live version less fun than his memories of the original game.

Source: Discord, Cadrift. With thanks to Anon. 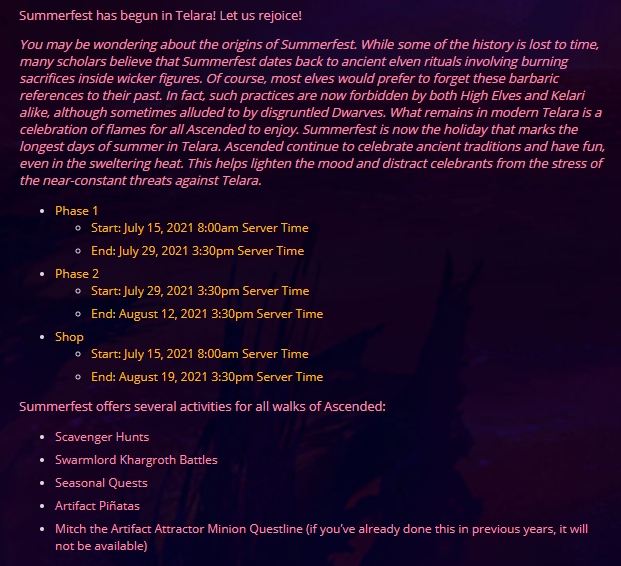 It’s unfortunate that the upper management of Trion botched their operations so badly. I actually enjoyed playing each of the offerings, with Atlas Reactor being my favorite. The writing was on the wall long before Gamigo came into the picture.

The only ‘wondering’ I have is why this game hasn’t been put out of it’s misery yet. Gamigo reminds me of an animal hoarder, when you see their house on some cable show about Hoarders with their dying cats and half of them get euthanized and you think to your self maybe Rift would be better off.

Yeah, it is pretty bad when they forget to turn on an event.

Happened all the time with Defiance before the end. Players would clamor for months for someone to turn on the seasonal events, then they would just silently appear one day, months later.

Huh. I’m surprised its not dead yet.