You know how sometimes you really can’t know for sure how you’ll feel about a game until you fire it up? Those games where you sort of arrive to it with an empty skull, untouched by any sort of outside influence or opinion? This was the situation I found myself as I headed towards Wakfu for this column. Which basically means that being let down by my initial experience wasn’t really a terrible ordeal.

To be fair, I wasn’t totally ignorant about the game. I knew that it was turn-based. I knew that it’s based on a French animated series (the transformation of Millien into Nox is one of the most dynamic pieces of animation I’ve ever seen). Other than that, I really didn’t have a whole lot of preconceived notions about it or expectations. Honestly, I picked the class choices from the lineup purely because they looked kind of interesting.

To this game’s credit, the creativity and imagination of its world that I had sort of gotten a taste of from my exposure to the animated clips I’ve seen was definitely on display. The story’s setup is pretty routine as things go, but my character arriving on a tutorial island that rests on the back of a dragon that appears to be taking a nap while in space is pretty unique as settings go.

And then I started to play the game. 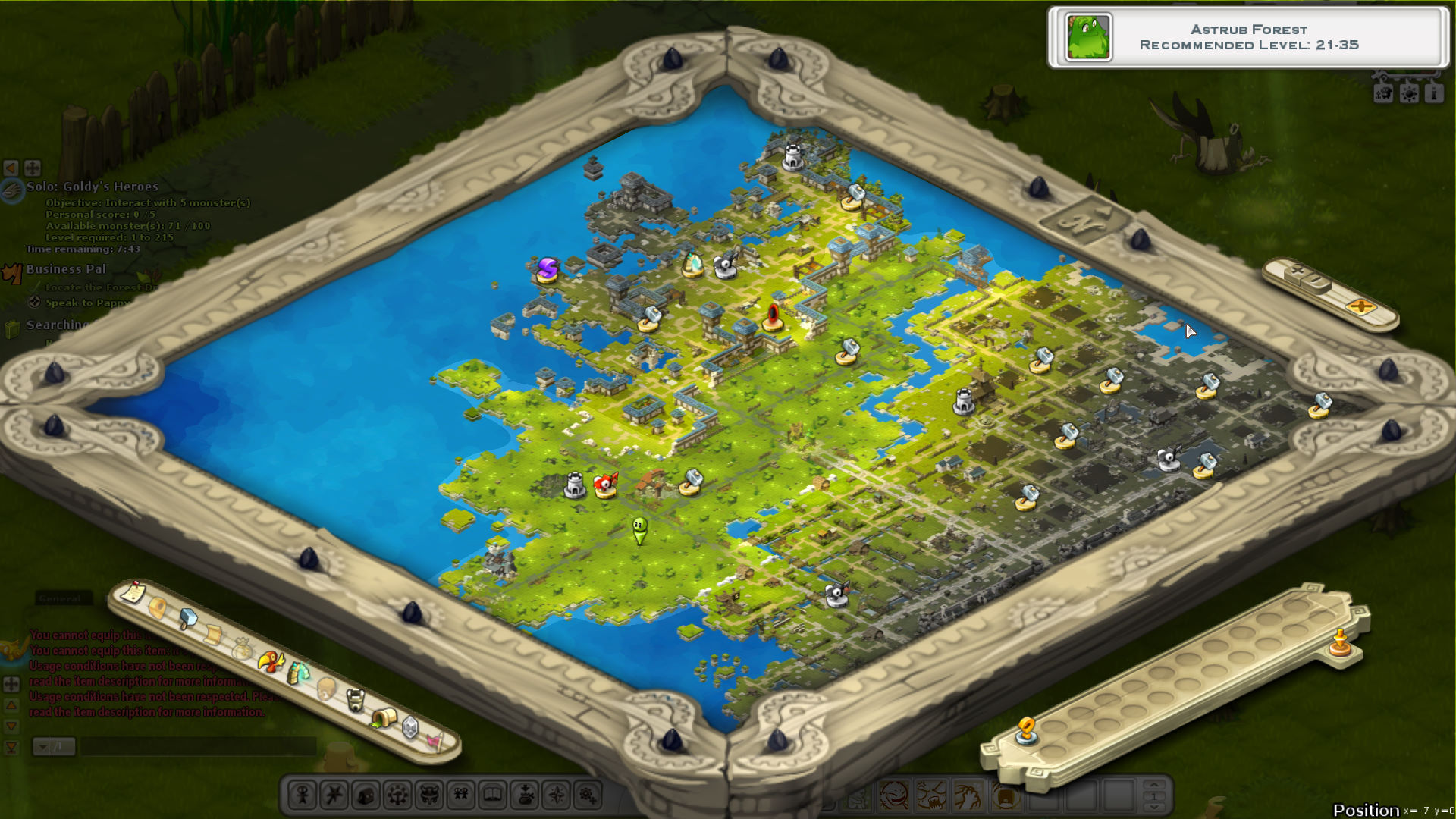 I don’t really hate turn-based combat exactly. In fact, implemented well, it can be a refreshing take on more active combat models and toe the line between making me feel intelligent and forcing me to learn from mistakes. Wakfu’s turn-based combat, meanwhile, feels a little… off somehow. The mechanics of what I was doing at the interim were pretty clear, with movement limitations, attack reaches, and the amount of points I was able to burn per turn before yielding to the enemy’s phase made enough sense.

What started to throw me off was how to best use cover, whose benefits weren’t immediately apparent to me as enemies seemed to be able to move at will or attack from ranges that made any blocking potential completely moot. Further, the Pandawa class is just weird, man. The class can call down a barrel of (presumably) hooch, which I thought for the longest time provided some benefit by simply being in the field. Then I found out that the barrel could be hit with certain spells to engage a small AOE. And then I learned that my character could hold the barrel and move around with it.

These little discoveries that weren’t immediately obvious as I played through and opened up some intriguing combat options, and that also made me wonder how best to approach fights. I think I’ve sorted out that my character gets powerful the more she’s blitzed. I think.

The game’s story, while imaginative, also ended up being something I quickly found myself losing interest in. Apparently some thing took some magical eggs? My character is possibly a reincarnation of one of the heroes that fought this big bad? Obviously at this early stage in the game I wasn’t expecting the narrative to fully tip its hand, but if you’re trying to create a mystery, then the first clues should be intriguing. Also, apparently my screen capture software didn’t work, so that’s why there’s not many good shots — I lost several better screenies to what I can only attribute to some issue with the way this game runs. 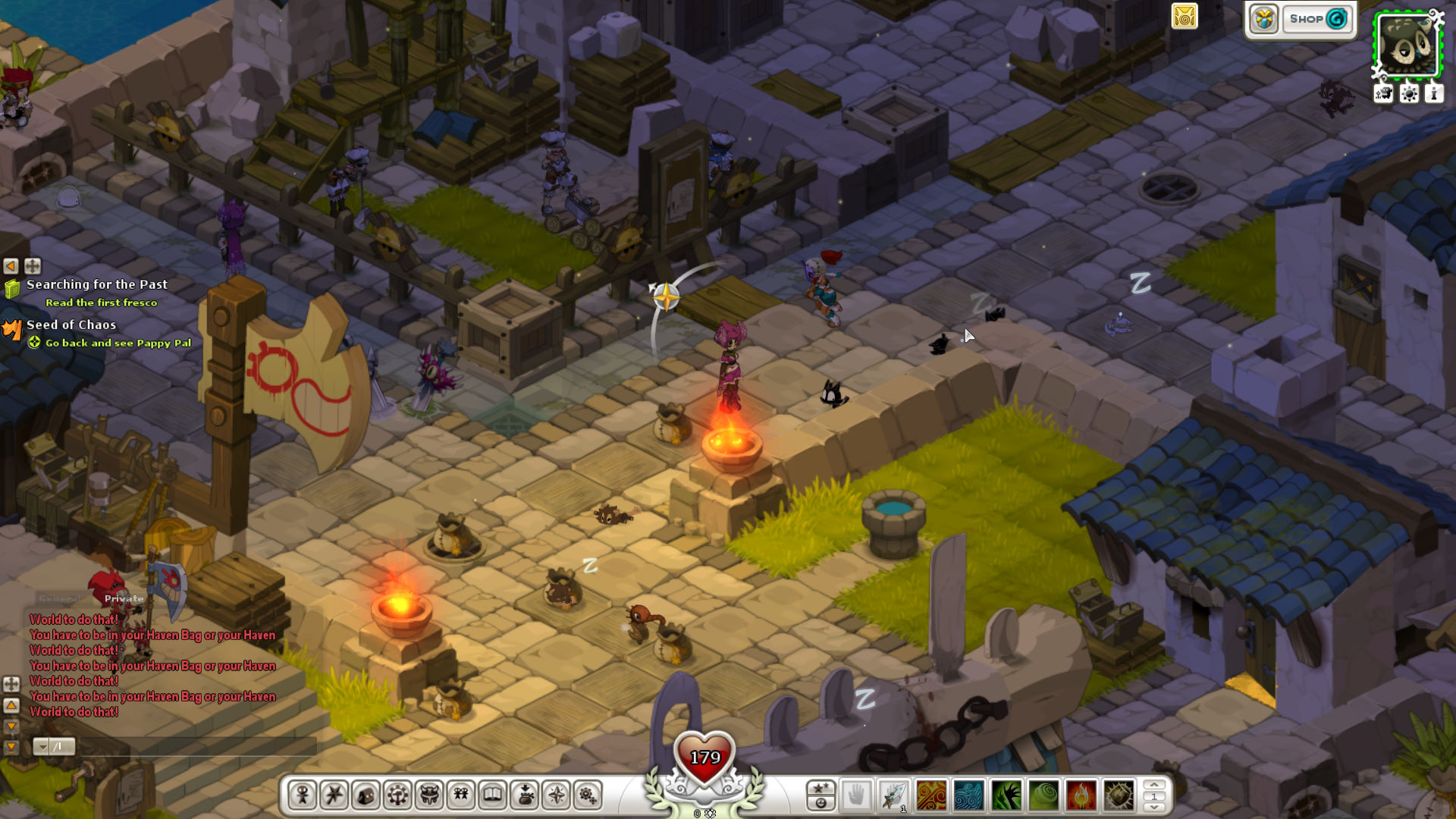 These piled on top of other little annoyances that kept offering tiny cuts that sought to make me bleed and not enjoy myself. I had run into a frustrating bug that plastered a tutorial visual all over where I was meant to click (scaling my UI down solved the problem). There was a quest where I had to avoid being seen by plant enemies to beat down a goblin – note my earlier confusion by the cover system – which meant I got slapped around a lot. The game’s UI is odd. The incremental increases to stats right now feel almost pointless. Also, the combat just isn’t interesting. Or maybe the Pandawa is brilliant and I’m just not getting it.

I’m going to be perfectly honest, I don’t know that I’m going to be running this game for very long. Worse yet, I don’t really have a lot of choices on what to do next at this time. As I moved through the regular story, I apparently was alerted that there’s some summertime beach thing going on, which seemed like a nice little break from the sludge I’m working through right now, but then there’s the case to be made for getting through that sludge, opening up more skills, and trying to learn the Pandawa. Thus, this week’s poll question:

What pursuit should I focus on for my next week in Wakfu? 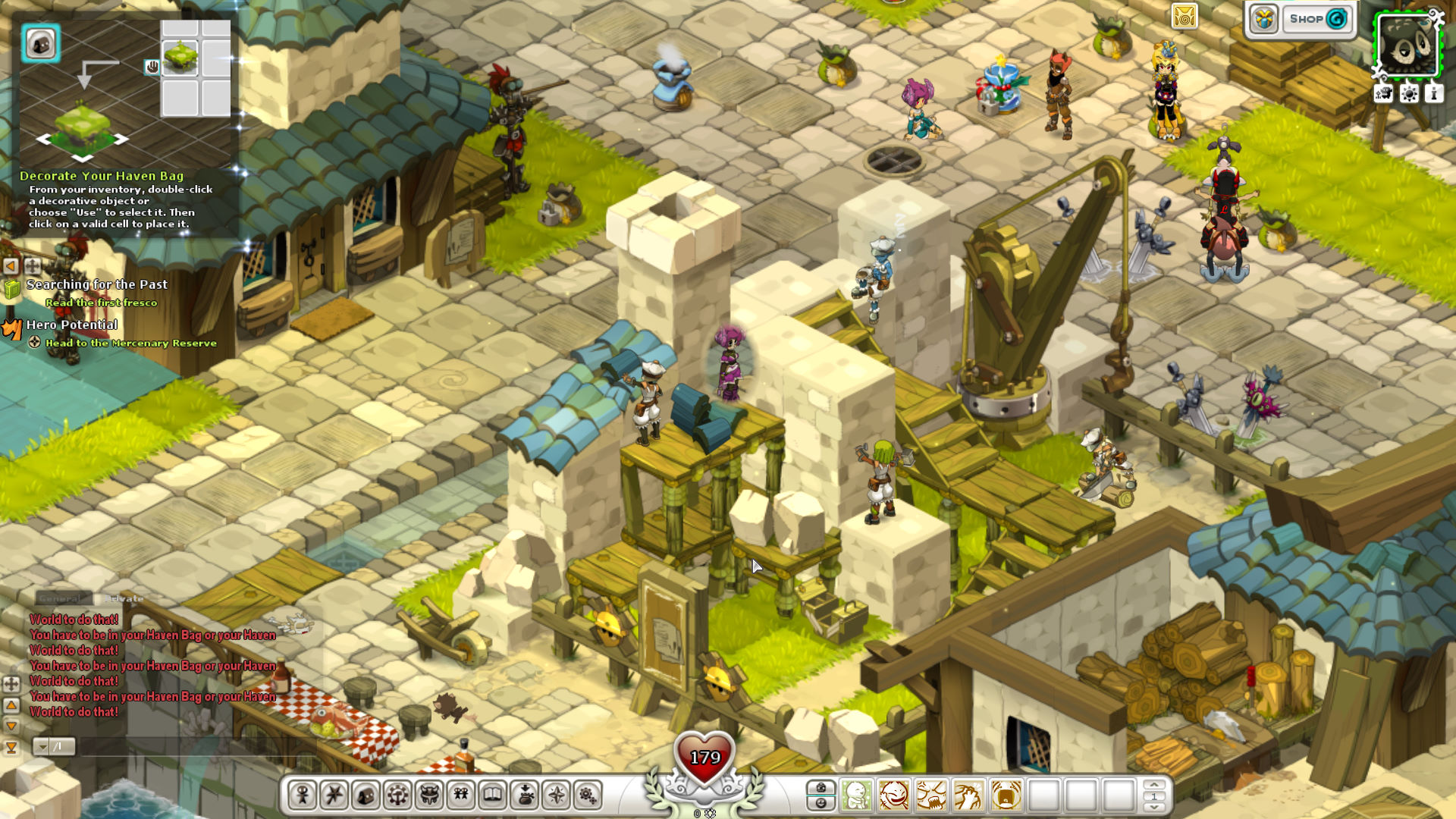 As ever, polls will close up at 1:00 p.m. EDT this upcoming Friday, July 23rd. For the time being, I think I’ll just side-eye this game with a bit of confusion and a lot of distaste. I genuinely hope something changes my mind, but I’ve got to admit that it’s very possible Wakfu just isn’t meant for me.