Well, I tried, everyone. I really did. But sometimes you just have to sort of admit when you’re diametrically opposed to a game. Thus is the way with me and Wakfu, a game that I had some curiosity about that has since been wholly and completely sated. And I came to that decision in alarmingly record time.

Picking up shortly after I left off, I did a few more fights in the sewers area that I was tossed down in to, which lead me into what I assume was my first solo dungeon. Or my first solo instance. To be perfectly honest, I wasn’t paying particularly close attention. All I knew was that it was the zenith for the little quest line that I was following and so I aimed my character at the cardinal direction the quest’s compass was pointing towards to get things done. 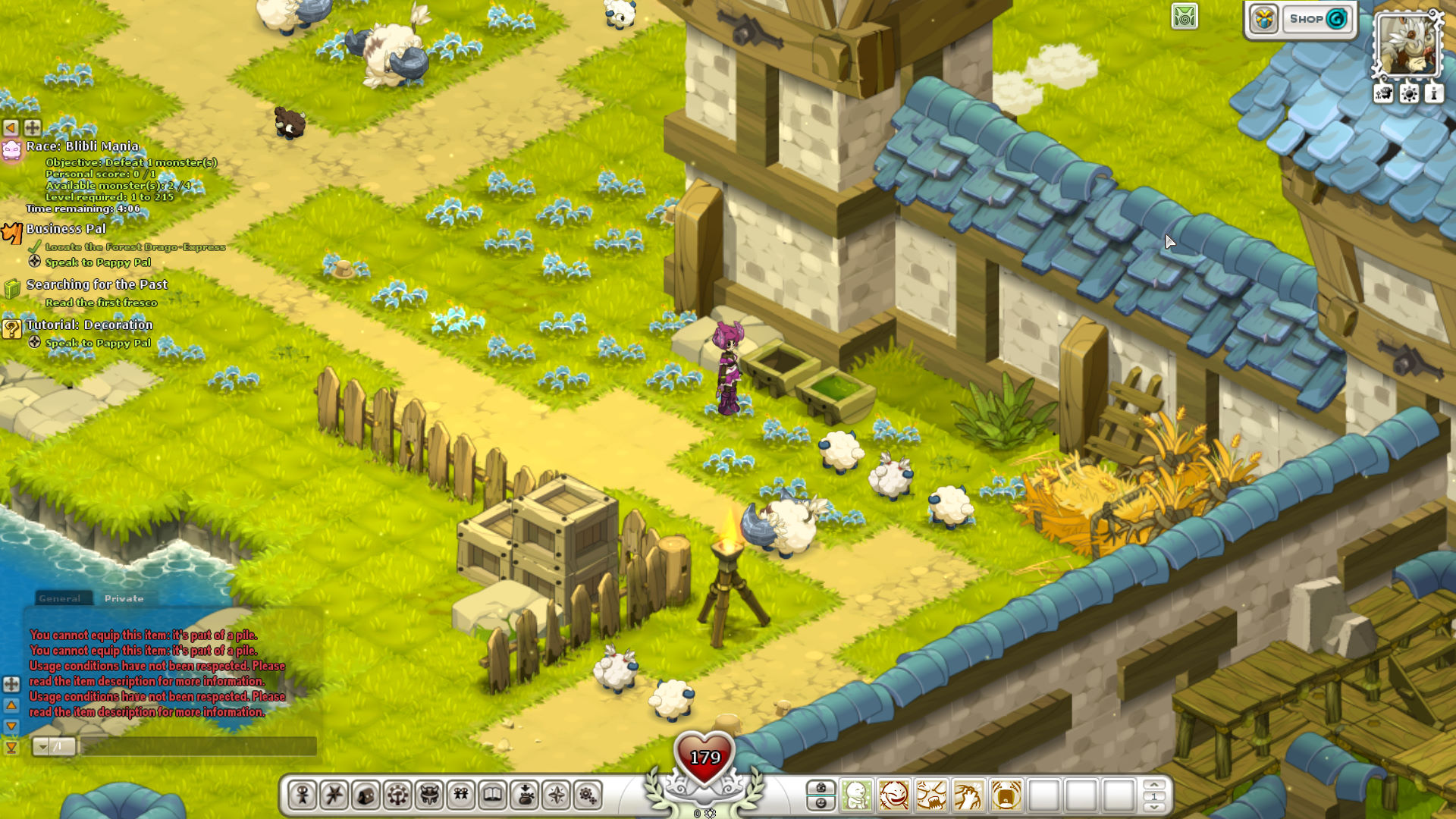 I do have to admit that I think I felt like I was starting to get a hang of the Pandawa. I sort of leaned on the idea that lugging around my giant jug of hooch was the right way to go, since in-between my turn and enemy turns, my character would have a chug from the thing and get Dizzy, which I understand was a state that activated certain abilities for my character. Like, for example, being lit on fire and burning any enemy that happened to be in the next square to my character, or suddenly getting a shield. I don’t know exactly how these things were happening, just that they were, and with enough frequency that I assumed I was playing the class correctly.

After I worked through the dungeon, navigating a small and simple sort of puzzle that was made a little harder by this game’s annoying click-to-move control scheme, I fought whatever boss I was meant to fight and got a companion of some sort. I could feel my brain slowly smoothing as yet another tooltip for a system I was hard-pressed to care about arrived. After leaving, I was introduced to some guy in a walking TV who told me I had to go to a mountain because chosen one or something.

Returning back to the village, it was impressed upon me that I needed to hit level 20-something in order to progress, and the quest tracker was guiding me to different places where I could get missions to grind in that general direction. It was about this time that I started to just full-on check out and, after a little bit more following the compass and a few fights, I shut it down and uninstalled. 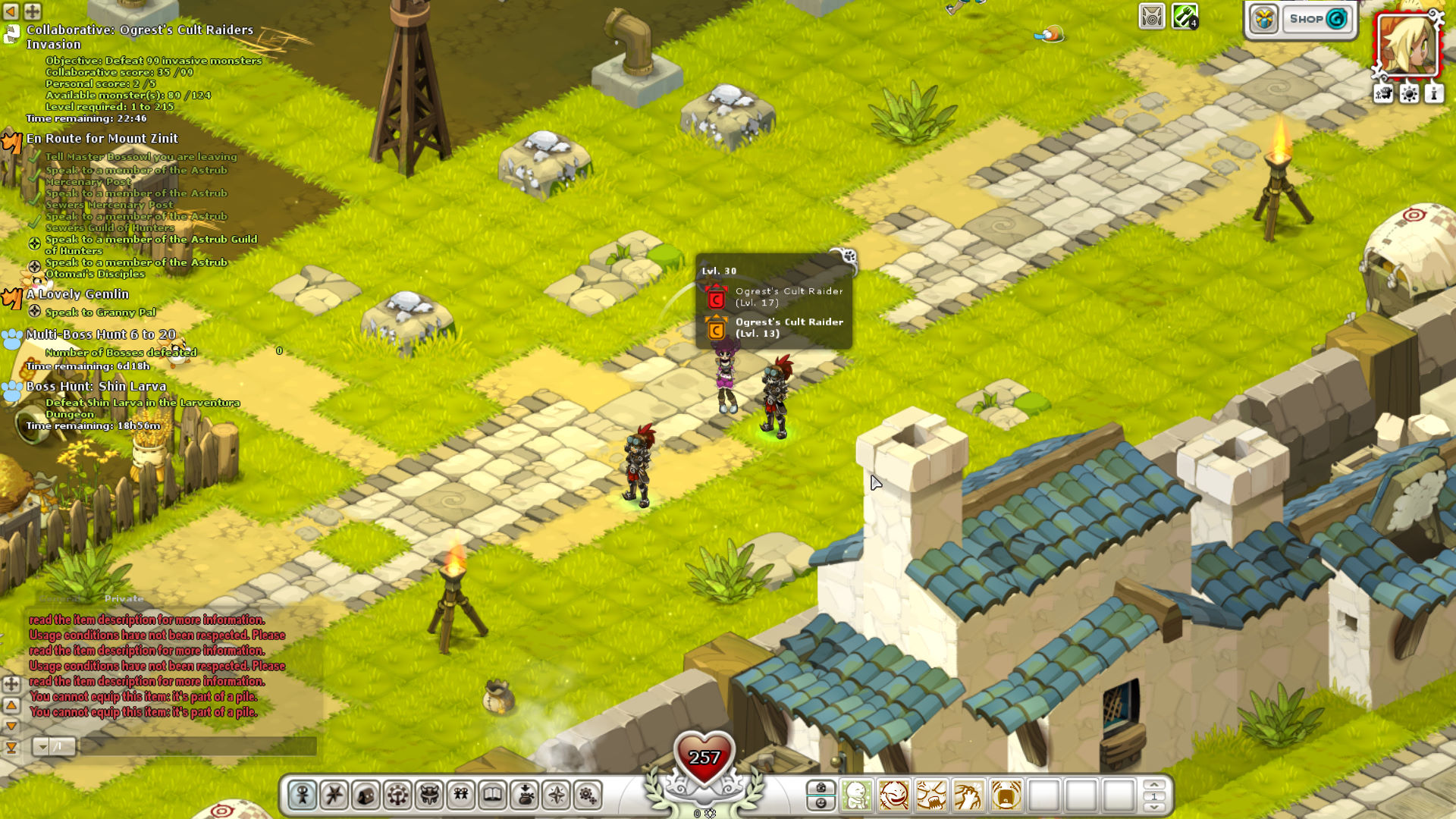 If this reads like I came to a stop in a very short span of time, that’s no accident. I genuinely give every game I can the benefit of the doubt and allow a longer period of time to dig in and keep trying, but Wakfu and I just don’t get along. The turn-based combat is fine but a bit confounding (probably because the Pandawa is also confusing), the click-to-move thing will never stop being annoying to me, the story was not really something I could bring up the energy to care about, and the additional systems that were starting to be placed before me weren’t intriguing so much as just more layers of things I didn’t care about on top of a game I already wasn’t caring about.

And as I write all of this, please know that I’m not doing so with a smile on my face. I wanted to like this game. It is a genuinely interesting-looking world, the animations are vibrant and impressive even at a zoomed-out isometric perspective, and there does feel like there’s a lot of intriguing and creative aspects to the world of Wakfu. Also, like I said, I think that maybe I was getting close to understanding what the Pandawa class was all about. I just can’t get past my overall distaste for Wakfu.

Also, once again, this game just decided to eat my screenshots.

Sometimes you just have to finally admit to yourself that, no matter how unique a game is, or how popular it is, or how much buzz it may be getting, a game cannot possibly be for you. It’s frustrating, to be sure – I very often think that I’m the one who’s wrong and broken, not the game – but that’s just how it is sometimes, and this is one of those games where I’m completely comfortable with not liking what I see. Wakfu and I can coexist, but we can’t play together. It’s just not my type of game. But I do hope those who do jibe with what this one has to offer truly enjoy themselves. 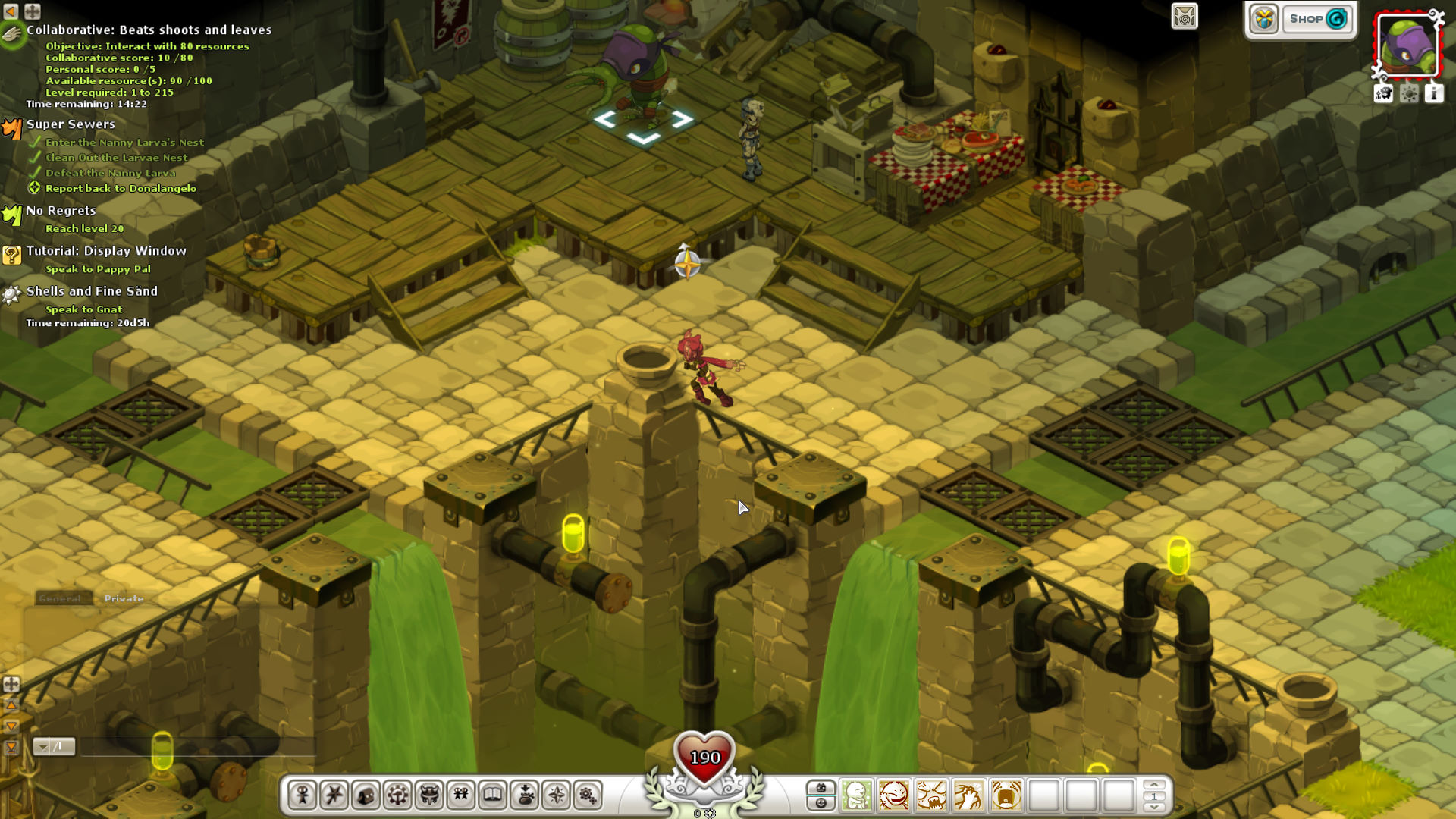 Now that I’ve gotten that all out of my system, it’s time for me to hop into a little bit of self-prescribed joy, or at least a bit of joy that I think will help liven things up. Next month, I’m taking a trip into Trove.

It’s been a long while since I played this game, and there have been plenty of updates that remind me that I should play it again. So that’s what I’m going to do for the next month’s column, but first I’ll need to know what kind of class I should select for my return trip. Thus, this week’s poll question:

What class should I start off with in Trove?

As always, polling will wrap up at 1:00 p.m. EDT this coming Friday, July 30th. At which point I will become the boxy alter-ego I’ve been looking forward to being. I hope you’ll join me!