It’s been nearly two months to the day that we checked in on Ilysia, the Kickstarted VR MMORPG that promised to let players “experience the glory days of MMORPGs again” with climbing, pet battling, exploring, fighting, and crafting. Readers will recall that the game soared along its crowdfunding drive, ending in over $150K raised and 13 stretch goals met.

Up to this point, the game was mostly zeroing in on its first alpha test, which kicked off in June. That’s where we begin with a peek in the game’s official Discord, where the devs at Team 21 Studio offered some rough ideas on where the game’s next steps are headed: 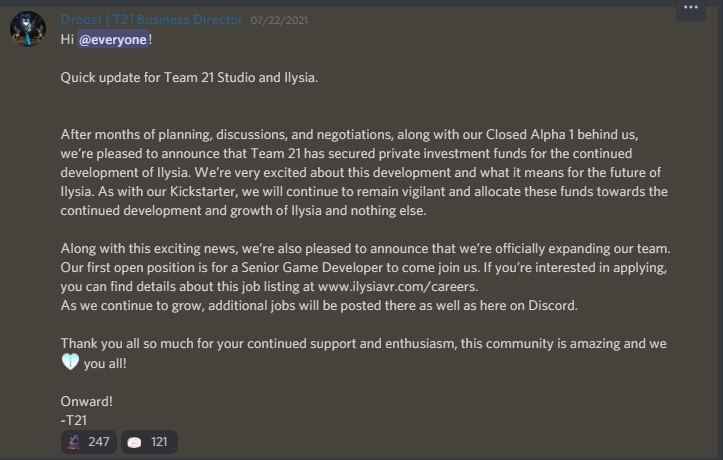 In terms of more recent news, the game’s Discord is where another announcement was posted, unveiling that the dev studio had received some private investment for the game’s development. Specifics weren’t shared, but the devs promise that they would “continue to remain vigilant and allocate these funds towards the continued development and growth of Ilysia and nothing else.” 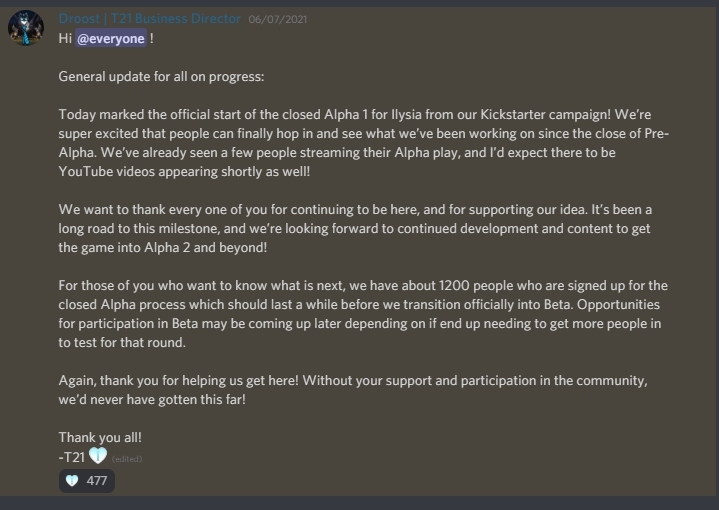 As part of the game’s continued efforts to expand, the studio is seeking a senior game developer to join the team. This new position will help the devs implement and test new features, review code, and track and resolve defects. The job posting was also shared on Twitter and at the time of this writing still appears to be open. The game’s Twitter account further crows about a reportedly successful early access launch of the VR dungeon crawler EverSlaught and is also proudly proclaiming PC VR’s growth by sourcing a graph showing climbing numbers of connected VR headsets on Steam.