Flight may look cool on the superhero travel powers selection screen, but what they don’t tell you in the shop is that it comes with a whole bunch of drawbacks: neck cricks, sun damage, collisions with amateur drone conventions, and a face full of bugs smacking into you at 90 miles per hour. You keep your flight, I’ll take teleportation.

Hikari chose to wing it anyway: “It’s time to journey back to Apotheosis City in Ship of Heroes to explore a rather clever story arc involving some familiar magical librarians, but for now, let’s just enjoy the scenery day or night.” 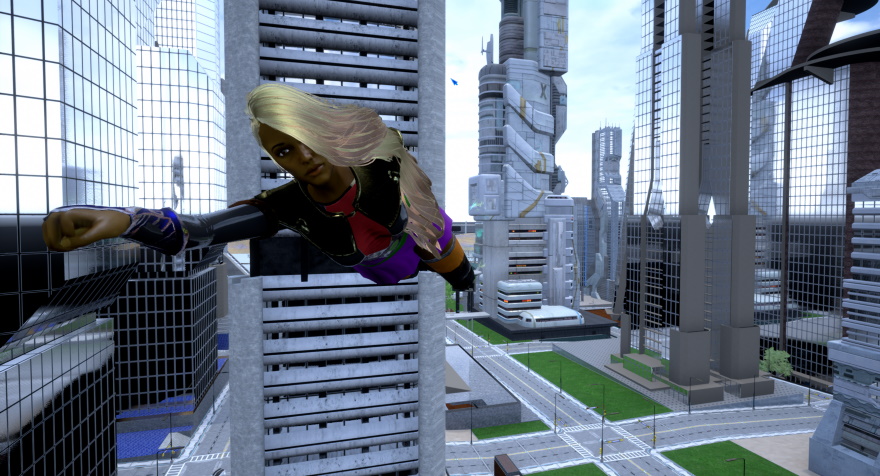 Meanwhile, SmiteDoctor is getting a great selfie against a Guild Wars 2 lava pit. Sure, the combination of that leather outfit and the 500-degree atmosphere is going to turn any hero into jerky, but that’s a small price to pay for a screenshot. 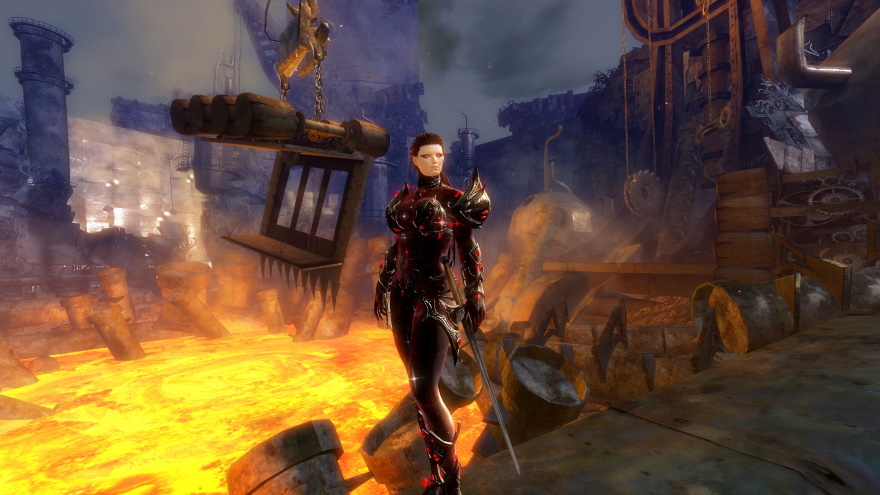 Hurbster is doing what Hurbster does best in Elder Scrolls Online: “Wandering around, doing antiquities, staring at horkers, the usual.”

Part of that “usual” is wandering right into the god rays of the sun like moths to a candle. Oooh, it’s so pretty… 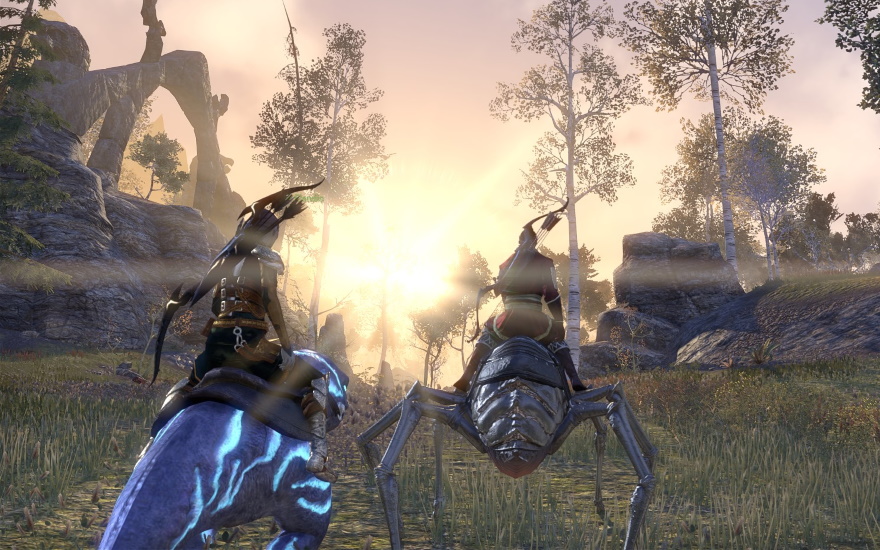 Don’t adjust your computer monitors! Utakata is just getting really wavy in Blade and Soul for some reason. Drugs? Magic visions? A localized heat wave? There are so many possibilities! 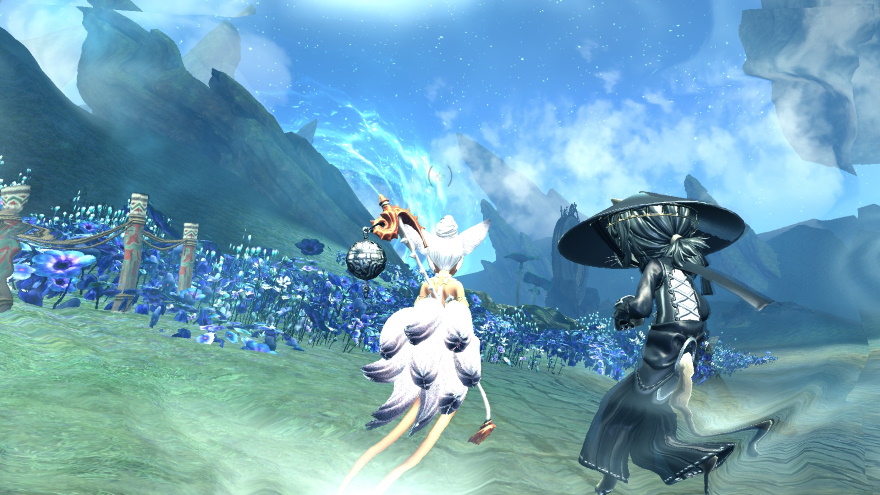 “Sunrise before battle in my colourful Japanese cruiser,” Rees Racer shared. “One of the various theme-based boats offered occasionally from World of Warships, this one represents the Arpeggio of Blue Steel manga series, and is based on the IJN heavy cruiser Myōkō, which was not only historically significant, but also actually survived the war. One of the finer ships in tier VII, it is one of my favourites.” 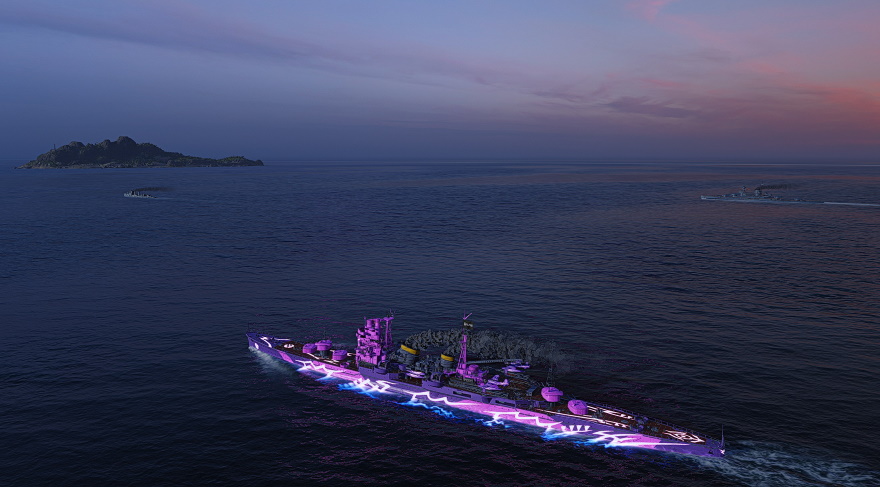 The gauntlet slaps you across the cheek, rousing you to action! Will you respond with a fierce screenshot of such breathtaking magnitude as to send your opponent into a shameful retreat? Find out in the comments section!

Waiting for Triple Trouble AKA Worms in GW2.

The true Endgame of FFXIV is fashion, but in the process of documenting my many many glamours sometimes I get a cool action shot…

That is a great pose by the way, one of these days I’m going to have to do World Bosses with the UI off to see if I can get some great battle shots but I can never seem to catch my characters in epic poses.

Thank you! FFXIV’s new dungeon Explorer Mode is really great for action screenshots, you can just load in a striking dummy, use the skill of your choice, remove the dummy, turn on the screenshot mode and bam, looping combat animation.

Burn everything, is the mode right now … my mode at least!.

This is not WoW but Ascension, a private WoW server where you start as a hero without a class and build your own class, you start with 4 abilities, 2 melee, one hunter ability and one fire ability.

Mood not mode … sigh, i should pay more attention before i post comments 😅

I imagine Fire Mages in Blizzard’s HR burning all the incriminating evidence.

Give Final Fantasy XIV players polar bears and they will build you a bear tower.

(AKA: Fear the Pink Dragon!)

The Ein, unfortunately, do not have humanoid hair, they’re full animal body.

I cannot stop stressing that the greatest superpower is Tactile Telekinesis.
Flight with no bug problems

One significant problem:
You have to announce that you have it.
Every. Single. Time.

Nuh uh, I had shields up all the time, you just didn’t hear me.

(I was specifically referring to how Superboy was apparently required to mention/explain how his powers worked every time he appeared.)

I vaguely remember that sort of thing.
I honestly just had flashbacks to playground fighting.
“I got you.”
“No, I called shields!”

As for “neck cricks, sun damage, collisions with amateur drone conventions, and a face full of bugs smacking into you at 90 miles per hour”, a motorcycle helmet with shaded visor addresses those problems. A good leather jacket and sturdy pants can survive a crash with drones leaving you unscathed–like this guy:

Theran is not only an Imperial Spy, but is also the Grand Poobah of the Loyal Order of the Antlerfolk. He hosts weekly gatherings at his newly refurbished casino.