END_OF_DOCUMENT_TOKEN_TO_BE_REPLACED
The bare bones, basic, simple delight of Trove continues to be running around the open world, heading to whatever little dungeons are sprinkled around the biome that I’m at, and running in trying to figure out just where I’m supposed to be going. Honestly, some of these dungeon designs are so poorly pathed it’s a wonder that I manage to clear them at all. But clear them I do, and every single one is a tiny serotonin hit. 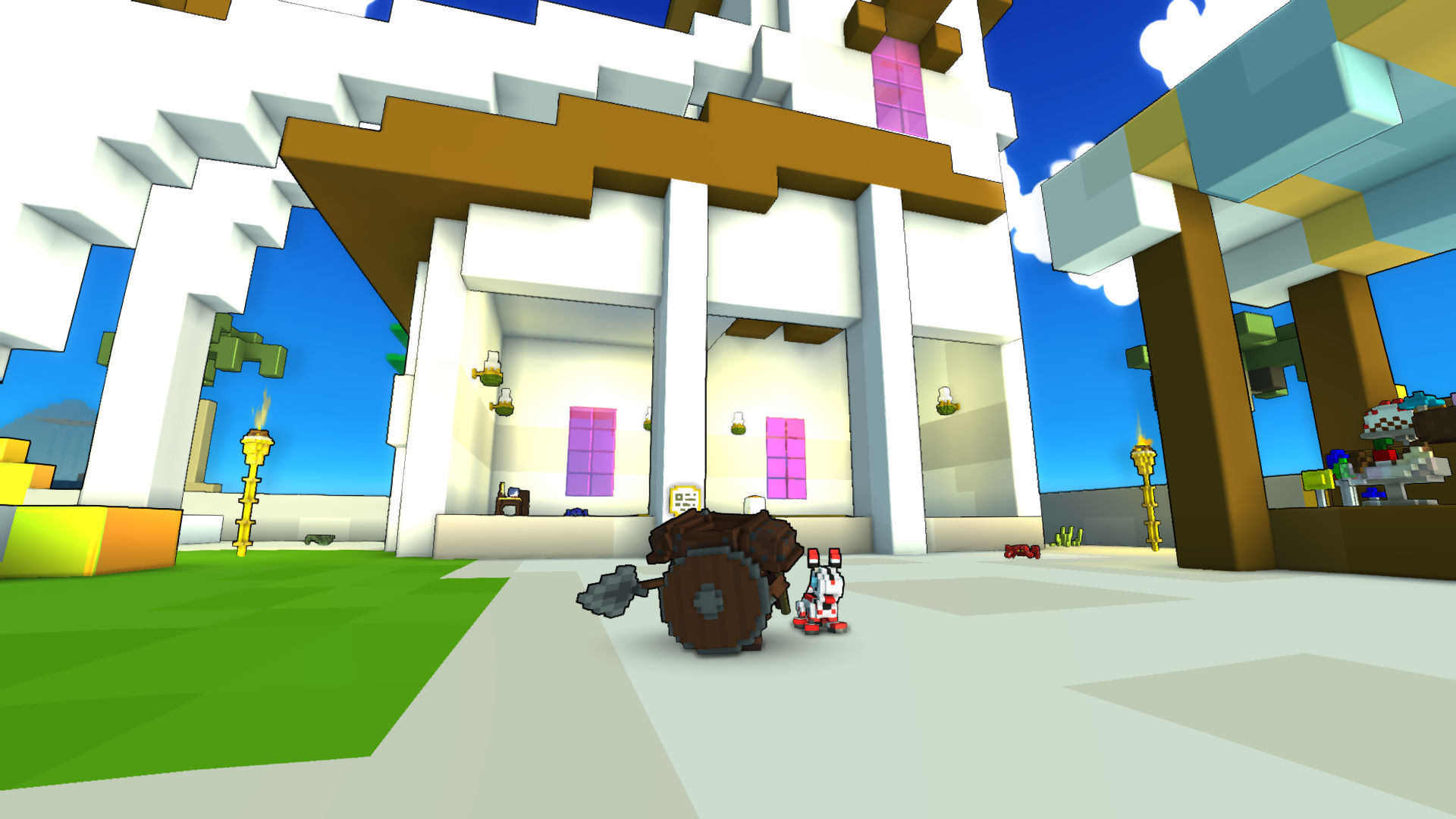 The reason why I think Trove is hitting the right buttons is its basic ARPG mechanics paired with its big colorful palate. The more I play this game — at least do the dungeon running like I was asked to in last week’s polling — the more I am brought to mind doing seasons or just running Adventure Mode in Diablo III where all I have to do is turn my brain off, run through an area, and blow up monsters in the hopes for shiny. It’s just done in a different way.

That brings me to the Revenant, which is the class that you folks chose to be my main for the remainder of this run of CMA. This class is an absolute monster that feels at home in the thick of things. I seem to perform my best surrounded by bunches of enemies as I use my big cone attacks to wear foes down, keep my health topped up, and just stand in the face of whatever is happening to me and take it. I basically win by attrition, which if you know anything about me is my preferred playstyle, especially when it comes to tanks.

There’s not too much more I can say about the Revenant. I love him. So, of course, I dressed him up appropriately, with a doggo face and a bowler hat. 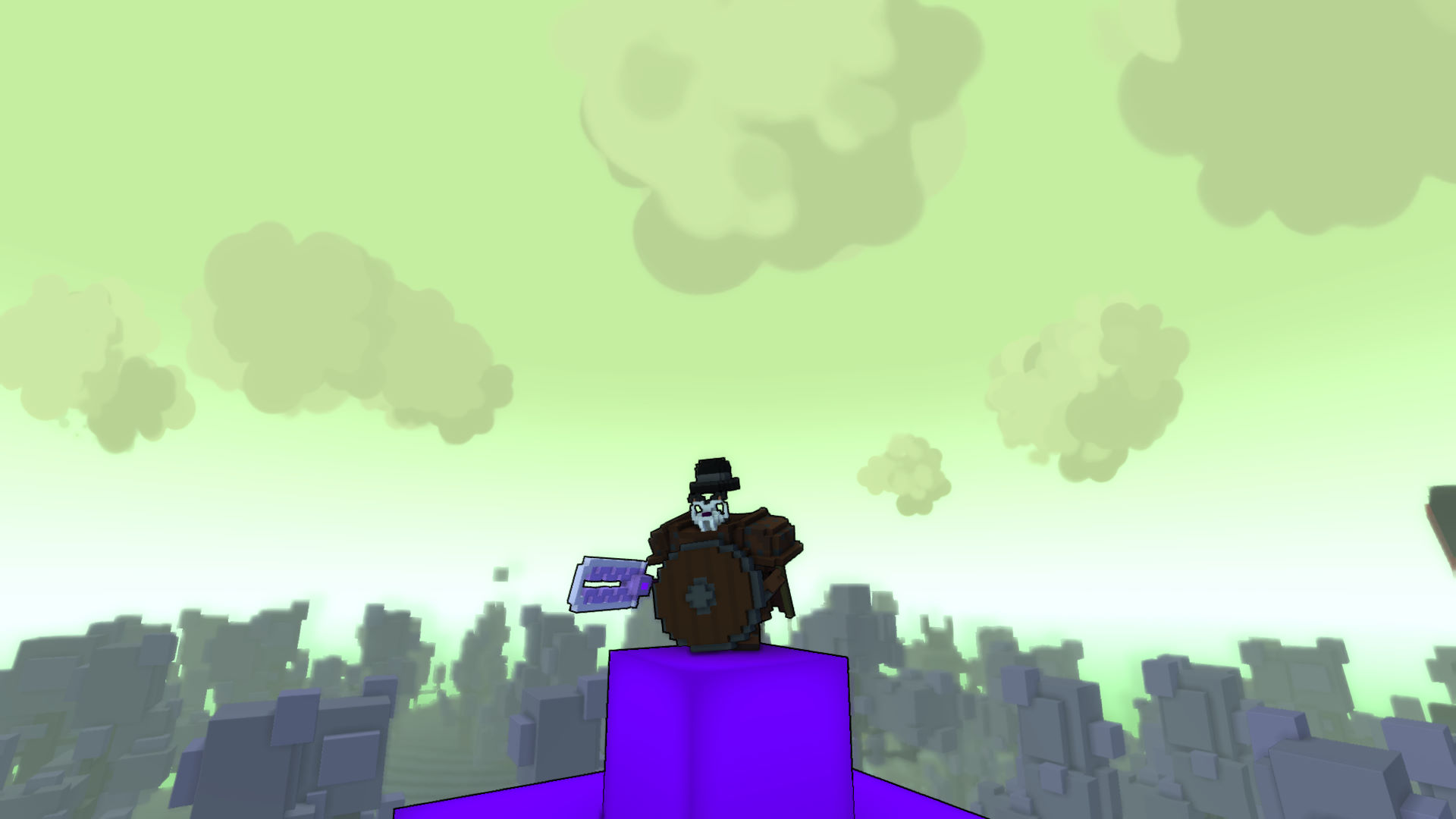 Doing dungeon run around the world to bring up my levels was a good time and showcased a lot of creativity that’s on display. I appreciate that there were places that were trying to tell a visual story, like the big dungeon that was a saloon that moved through frontier town into a boss fight at a theater, or the little fae tower that had a goblinoid-looking face that lead to the boss’ room, complete with a throne and bunches of treasure strewn about. I also liked some of the more basic arena-style dungeons that were nothing more than a drop or climb into a main boss platform, even if they were pretty simply built.

There are a few complaints with how (presumably) some players built dungeons, however. For example, most of the ones that involve obstacles of some sort are almost always poorly done. I’ve yet to see any that use flamethrower or lava ball spitters in anything resembling creativity; they either are just trivial to avoid or they’re just annoyances. I would love to find a dungeon where its obstacle course segments were good, or at least passable, but I’ve not run into it yet.

Still, I’m having an extremely good time in spite of all that, and moving from world to world to see what sorts of things I’ll run in to remains the main attraction of Trove for me. I just love the Revenant. I love how strong he feels. I love finding new places to check out. And I love finding loot in this game. I used to think epic was the top tier of equipment, but then I found something that was red instead of golden. And then I found a piece of rainbow Resplendent gear. This game has rainbow tier equipment, y’all. I can’t begin to explain how happy that makes me.

Speaking of growing power, following the quest steps I was being guided along moved me into Uber level worlds and into the Gem system. I thought I was doing pretty well before, but this whole thing brought the game to another level for me. I went from triple-digit power to quadruple digits with the use of leveling up and equipping gems. This Revenant, now more than ever, feels like an absolute immovable object. I am seriously hooked. 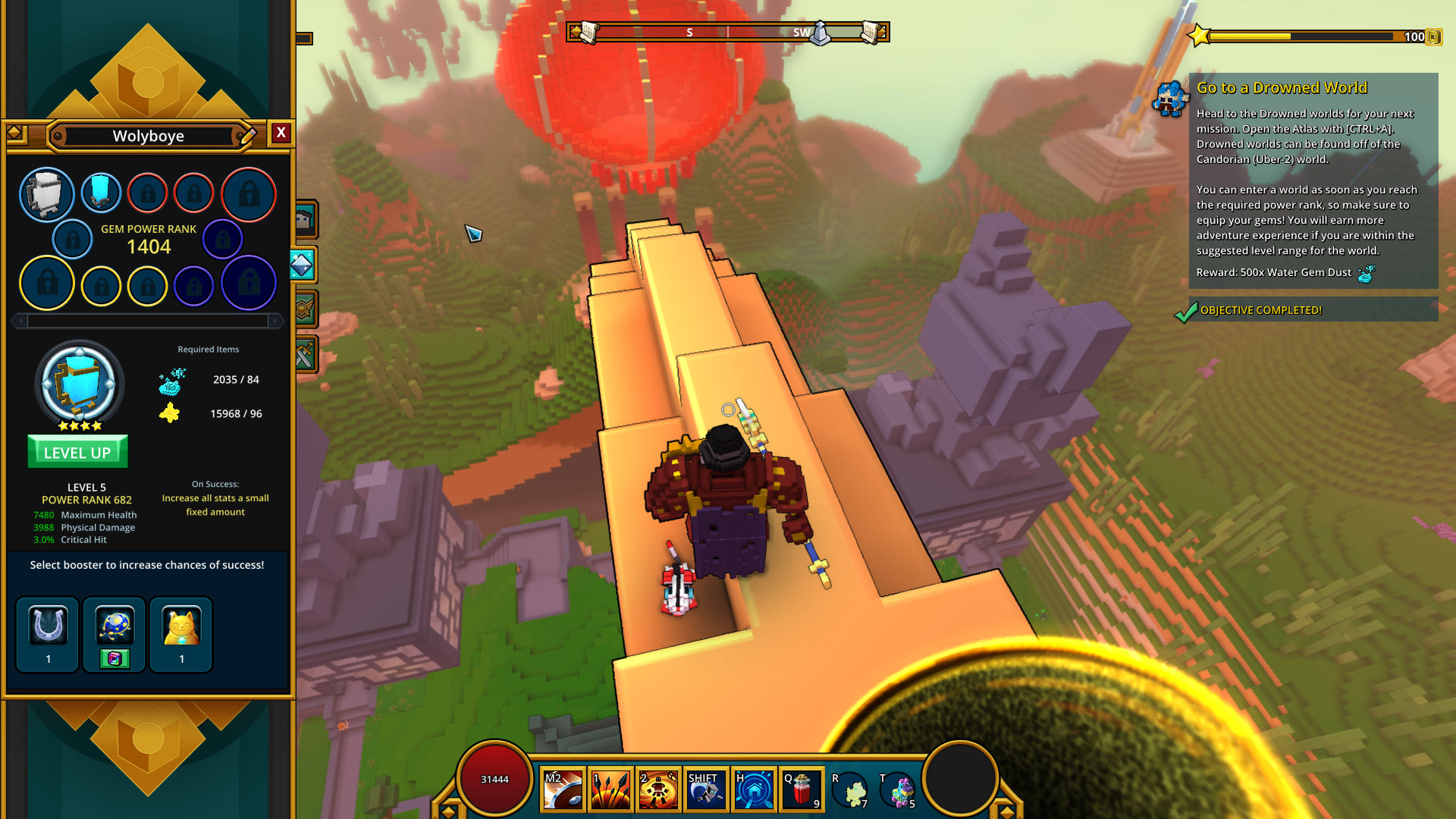 That said, I think it is very nearly time to wrap things up and look ahead. We still have one more week’s worth of Trove to get done, though, and so that leads to the first poll. One final bit of focus. Or at the very least a little something to do in-between my world roaming and dungeon diving.

What should I do next in Trove?

The next poll will be narrowing focus on next month’s game, and once again it’s a bit of a smorgasbord going on. I don’t claim to have any kind of rhyme or reason to my selections here, I just wanted to pluck some random titles and toss them against the wall to see what sticks. I guess if I had to put a theme to any of this it would be “bigger games that probably don’t need my attention but here we go anyway.” So let’s look ahead for a moment, shall we?

Where should we go next month? Choose My Adventure! 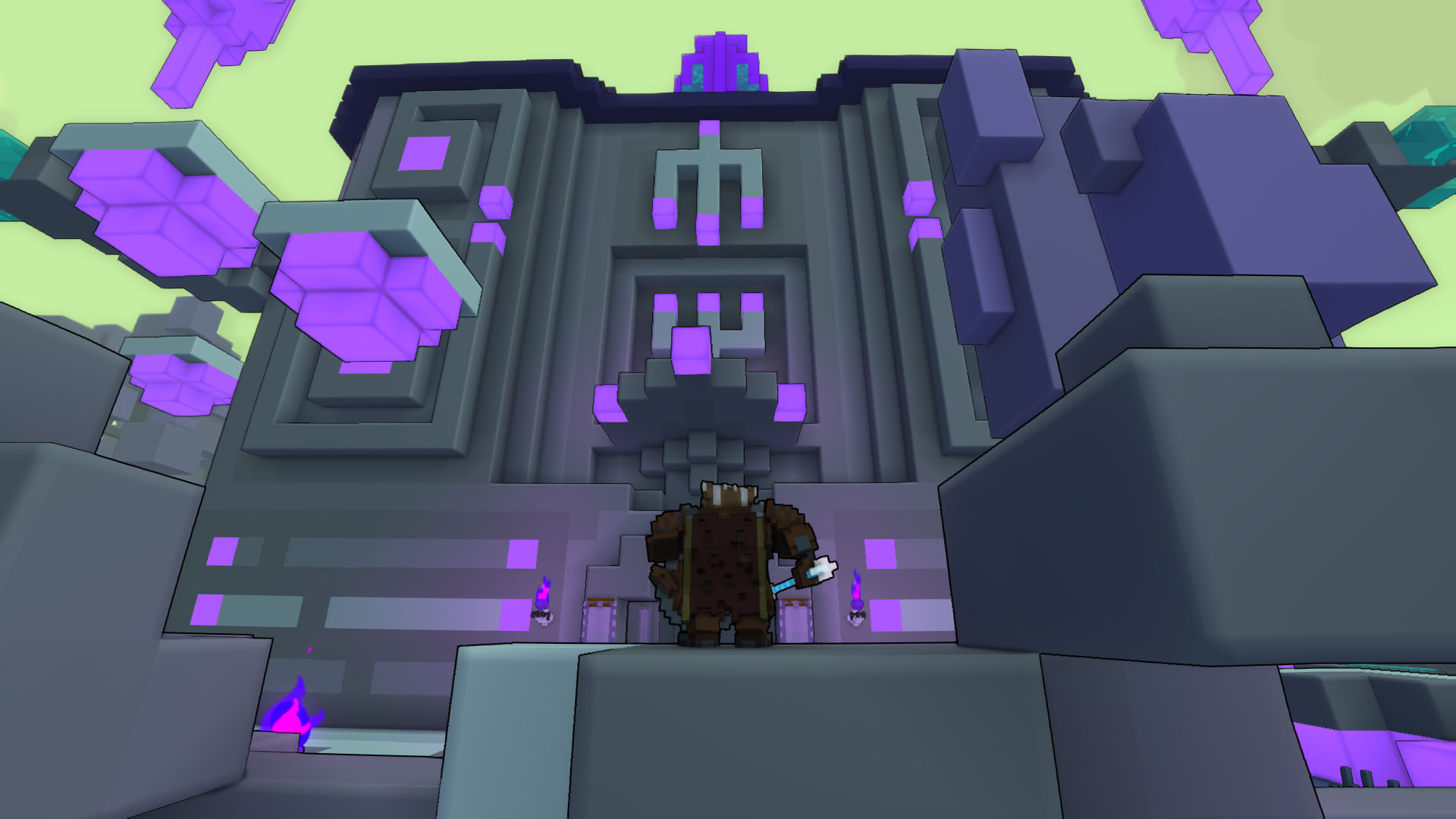 As usual, polling will be wrapping up at 1:00 p.m. EDT on Friday, August 20th. In the meantime, I’m going to hop back into my headless tanker friend and blow up some more enemies. Maybe I’ll get another rainbow drop. Did you know this game has rainbow-tier equipment? Because it does, and it’s awesome.

October 3, 2022
You are going to send email to
MOVE COMMENT