“The true endgame of FFXIV is fashion, but in the process of documenting my many many glamours sometimes I get a cool action shot,” RimaHadley shared.

And that’s the great secret of the One Shotter: Sometimes you get that amazing screenshot by sheer dumb luck. So keep snapping away and trust to the law of averages that you’ll eventually produce something deserving of a place in the Smithsonian! 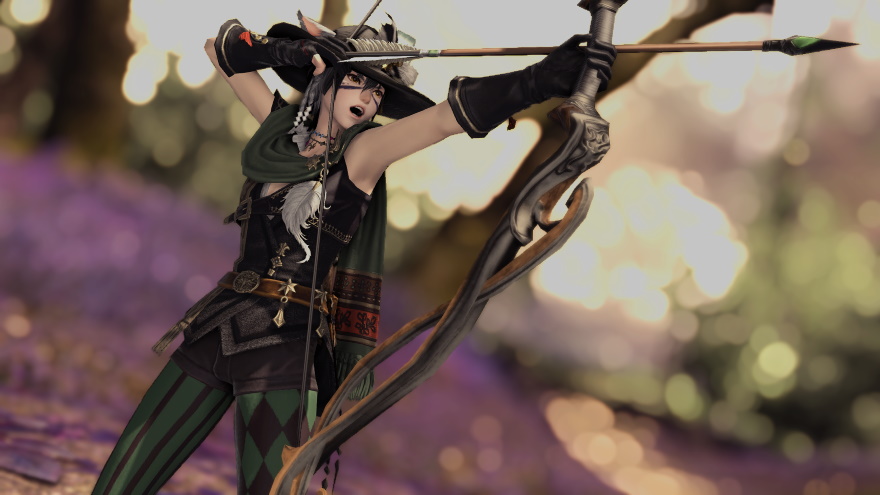 Who says that you shouldn’t stop to smell the flowers once in a while in these dangerous adventure worlds? Hikari is sniffing up a storm in Swords of Legends Online while ignoring the oncoming buzz of the Death Swarm looking for another pollen score. 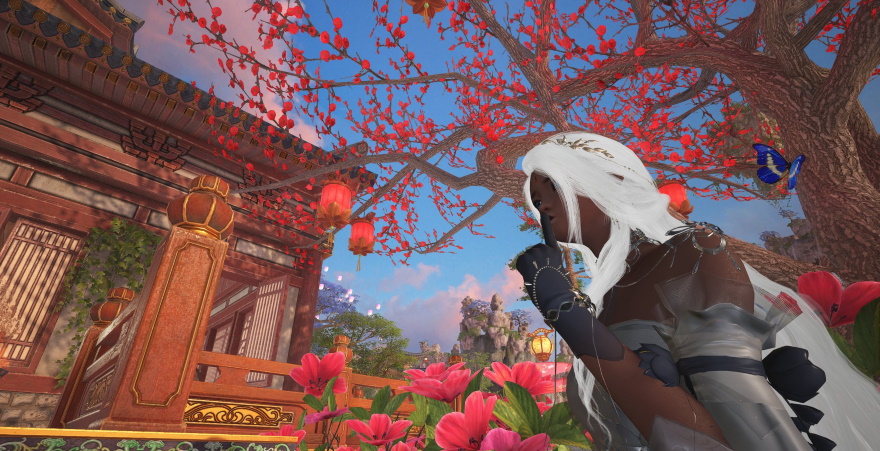 Fisty is getting into debt with the Hutt cartel in Star Wars: The Old Republic: “Theran is not only an Imperial Spy, but is also the Grand Poobah of the Loyal Order of the Antlerfolk. He hosts weekly gatherings at his newly refurbished casino.” 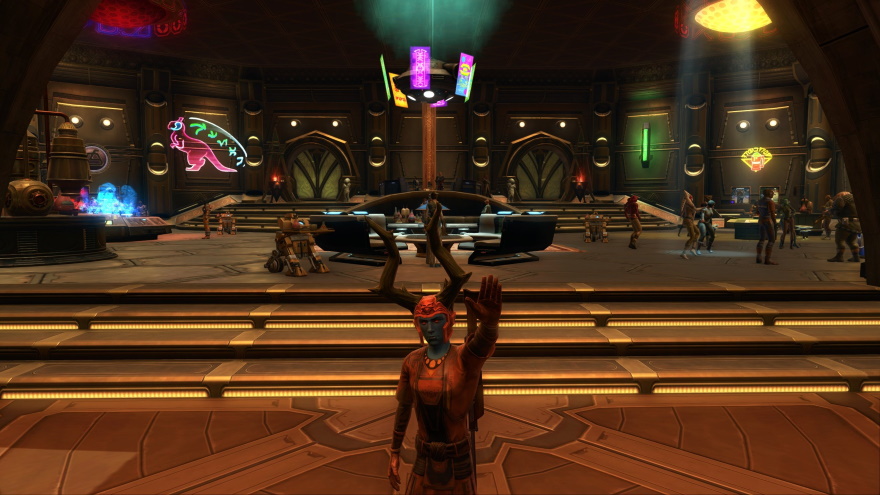 Meanwhile, IronSalamander8 is documenting how the undead have a space program in Plants vs. Zombies: Garden Warfare 2.

“To the moon they said! So I did! This shows off the various rockets at the port on the moon since in the future, zombies rule. Note the one rocket is even labeled ‘Zomburbia!'” 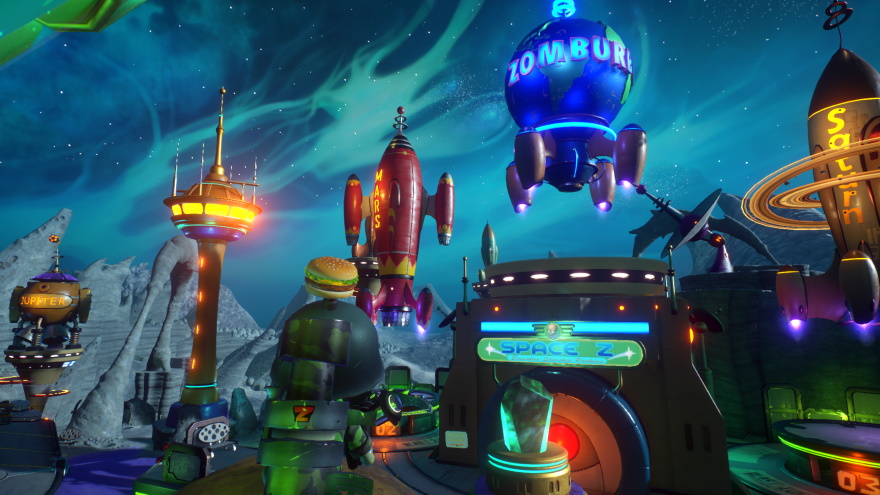 “Give Final Fantasy XIV players polar bears, and they will build you a bear tower,” Fayne noted.

Boy, ain’t that the eternal truth! 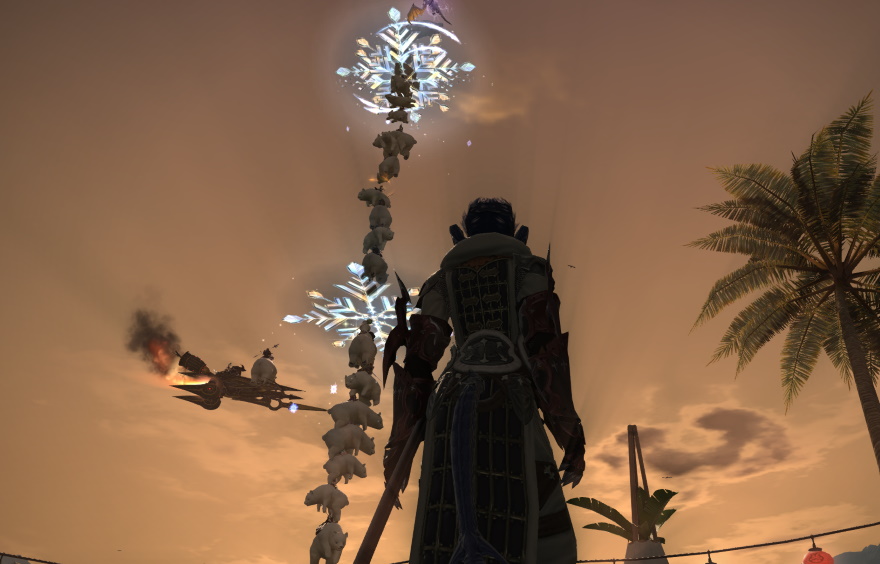 And if you’re thinking, “That’s not even the strangest thing *I* saw in an MMO last week, then screenshot it and submit it — or get out of here! Actually, no, you can stay. We’re not that hardcore around Massively OP. We just thought that a little Tough Love would get you over your apprehension of sharing your gaming photo album.

Really loving the Mystic in Elyon CBT2. Much more so than my Gunner. They play like an old City of Heroes Controller, except that non-pet builds are 100% more viable than they were in CoH.

Had a weeks break while levelling antiquities and doing surveys, back to the story in Wrothgar.

The first couple are from one of its Public Dungeons. You can tell it’s Dwarven because you can’t pronounce its name. The last is a shrine to Azura I’ve always liked.

New alt I’ve been leveling in GW2, an Engineer named Bob the Incinerator.

cools shots, love the second one (which I’m assuming wasn’t easy to snap?)

Lot of shots with close camera angles and the UI shut off. I cropped a lot of the shots as well.

At least they dont clip.

You’re just jelly that I’m so sexy it hurts.

I wish SWTOR had a proper screenshot mode. (Or if it has one, that it was a lot easier to find.) Even with the camera zoomed all the way in, it always felt really difficult and annoying to get good screenshots of my character that didn’t consist of 90% “whatever room I’m standing in.” But maybe it does have those tools and I just never found them.

So yes, SWTOR’s camera is pretty bad and any attempt to get a good screenshot is going to require cheesing the camera. This is typically done by making it collide with an object. The hard part about that is it’s difficult to get it to zoom without also raising the camera height.

Most of the time you either end up with a waist/chest-up shot or you get a shot from the ground looking up.

You can turn off the “Enable Camera Pivot” as this will typically allow you to cheese the camera into zooming without raising its position too much.

The secondary problem with SWTOR is that none of the lit objects actually generate a light source. There is only one light source and it’s in the skybox. So, the lower your camera, the less light on your subject. (1 of 2)

With SWTOR, you typically have to get your shot composition and then crop out the part you didn’t want. (2 of 2)

“These boots are magnificent!”

“Because they can make a grown man cry.”

Played ESO for few hours and i’m already in love with the world.

The God Rays get everyone eventually. Is that first shot from the new starter island?

Yes, starting in a prison, an elf open the prison and give quests, after few of them i reached a hall with portals, i have to choose where to start so i went to Stros M’kai which i know nothing about.

You will be able to go to all the main towns straight away via wayshrine if you wish.

What’s the deal with the locked-off portals in that room? I assume it means that I don’t have the right DLC or expansion content. Like, I couldn’t go to Vvardenfel because I don’t have the Morrowind stuff, but once I was in Stros M’Kai, I could then travel to the Seyda Neen wayshrine. (I think I’m misunderstanding something here). :D

Thanks for the mention!

An older pic, but a lovely closeup of my Moon Miqo’te in a cutscene.

The MOP Up: Profane pitches its ‘true sandbox’ design to you