If you’ve been following the gaming industry for a while, you probably remember the big “freezes” that the Chinese government placed on new game approvals in the country back in 2018 and 2019. The 2018 freeze was particularly brutal as it went on for the better part of a year and caused the likes of Tencent to implement draconian anti-addiction measures and pull back its marketing budget.

Well, welcome to another round here in 2021, though this latest assault on the video game industry in the region isn’t precisely a freeze, just a “slow down” for approvals, but it’s having the same effect, as Tencent and Netease alone lost over $60B US in value at one point this week on the news. (It’s recovered slightly since.) Regulators apparently demanded that the companies focus less on profit and more on curbing addiction in minors.

“The authorities ordered the enterprises and platforms to tighten examination of the contents of their games,” Chinese state media declared, and just in case it wasn’t entirely clear what this is all really about, it added a few dog whistles: “Obscene and violent content and those breeding unhealthy tendencies, such as money-worship and effeminacy, should be removed.”

Bloomberg says that Tencent hasn’t seen a stock decline so sharply since July, ahead of the “spiritual opium” rhetoric from the same state-run news agency and the government crackdown on youth gaming.

Some games might get hit hard but this drop in stock value is more emotional than based on fundamental or technical information, if we take a deep look into the earnings of tencent we see that minors being targeted here make up for roughly 6% of their entire earnings while that is a good chunk it is not their bread and butter, on top of that Tencent is so integrated into the Chinese mobile market and it is important to know that China went straight to the mobile era where they skipped the home computer (PC) so a phone is to them what a laptop and PC is to us.

Therefor on this weekend i will start to place some buy orders to increase my stake in Prosus Nv, a Holding that owns a good share of Tencent cause i fully see them recover once again after the dust settles.

From the west we often get the impression that the China people party wants to destroy their industries that are disobedient or harmful, the reality is they do not they want them to adjust and hold them to certain standards. At the end of the day they stand to lose too much if tencent was to go under same goes for alibaba, they will simply remove the dissident figure (Jack Ma) and keep the company healthy.

And finally it was Tencent themselves that proposed a blanket ban for minors not long ago.

I do find the line about money worship a bit absurd since is that not a big deal in China long before games came along, i believe they even have a god or deity for money? I know the political party is trying to change their past with the cultural revolution but i would be really surprised if they plan to go that far.

such as money-worship and effeminacy

They had me on the first half, and completely lost me on the second, those dipshits.

Yeah, I’m all for getting rid of the downside of gaming addiction that companies have down to a science now and leeching as much money as they can from their customers (mostly the young and impressionable) but man that second line is just over the line.

And it gets so much worse:

I could live without knowing that.

Not surprise, China as a country is playing to win, win the world as it were. They don’t want their people distracted unproductive, unnecessary things like games. They’re going to continue to tighten their grip on the game industry as time goes on in my opinion.

But their way of winning was pushing out game publishing companies to take over everything. Now they want to strangle those gift horses that was handing them the world? No, they really can’t have it both ways. You know…something about cakes and eating it too.

Guess you aren’t following my line of thought. They don’t want their people distracted with non productive activities, they’re fine with others (Other countries) doing so. Can they make a lot of money from it? Sure, but they’ve decided that within their own kingdom they don’t want it.

The geopolitics going on in the world are quite fascinating and disturbing at the same time. I wish I had another hundred years to watch it evolve, unfortunately I probably won’t see another twenty so I’ll miss out.

I’ll probably live like another 50, so i’ll update you when i kick the bucket.

Probably because I am not agreeing with it? :)

…my position holds that the more they are perceived to be keeping that lid on their Chairman Mao ways, the more likely the rest of civilization would want to throw money at them. And therefor, grow their influence. Instead they keep staggering it as demonstrated by this article if they are looked to as putting the screws to the common folk. Keep in mind, they already had thick army boot in the faces of their people before the “cracking” down.

That’s a beautiful thing to fight for, but not realistic in any way. Blizzard bent backwards to simply TRY to tap into the chinese market. They’re powerful because they know the kind of game they play.

Before the issue with diplomacy, Brazil was China’s main breadbasket. We exported them bovines. Even if we have issues with how China conducts itself, all it has to say is “do you want to do business or not? Because others want to” and everyone shuts up.

That’s how the world works. China is proving to everyone how it is to compete against a country that has no qualms with using abused labor. Yet, here we are, forcing western citizens into the Amazon sweatshop to make them work hundreds of hours for little pay pretending that they are not competing with prison labour.

China doesn’t want unwarranted money that would lose them the agency of their nation. Look at how intertwined US legislation is with corporations because of how much agency the state lost trying to balance capitalism and state’s power on the country that forged economic liberalism.

It’s complicated. China is absolutely not interested in dealing in hugs and kisses to get funding. They don’t need it. It’s the rest of the world that is trying to kiss their asses to get a slice of the pie.

I am not sure I am fighting for anything, rather stating a more desirable outcome if China really wants to influence the world. If it’s doing shit-gibbons stuff and bragging about it, then that will be a turnoff to many regardless of their motives and end goals.

And sure they may still profit from their current campaign, but probably not as much so if they didn’t what they’re doing now and the opposite. Complicated indeed. /shrug

Enough of the gibbon bashing! 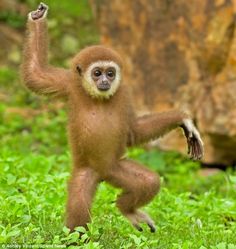 But that looks like a nice one. And not a shit one. <3

Thing is, China really influences the world. Independently of our morals judging it, they already have humongous spheres of influence.

We are? Because you’re saying that they could have more influence by being moralistic appealing to the west.

I’m saying that ship has sailed long ago. People already comply with China’s wishes, morals or not, because it’s a humongous slice of the market and most of the governments around the world only pay lip service but don’t really care.

Just to make the case: I am in complete agreement that China should be way more caring and empathetic than it is. I’m not saying that they are in the right. But i’m also saying that the west is not better than China, it’s just different. Platitudes are beautiful but they don’t erase the fact that the west is forged in slavery and colonization. We really aren’t better than them, and it’ll come a time down the road were we’ll have to own our heritage and correct it. And we’re doing absolutely jack sh*t with it.

I’m not bringing up morals though, but you keep mentioning that for whatever reasons. I am simply saying anything does better when it appears to be treating others better. It’s a demonstrative given in varying degrees.

That said, you seem to be concluding that I am arguing from sort of all or nothing position. I am not. I am already painfully aware those ships have already sailed on the world’s relationship with China. And I don’t need to reminded or finger wagged at about it. Arktour’ism does not sit well with me…

…so presume I am agreeing with you, but adding a further angle to it. But also keeping in mind, China won’t listen to that reason. So this is purely an academic exercise I rather not argue out in tedium and splitting hairs pointlessly. Thnkx!

It’s different. Tencent having extreme reach outside of China, yet being obedient puppies inside the mainland is extremely beneficial for the party. China benefits greatly from keeping their population productive and active while letting the entirety of the west wallow in a pool of degeneracy, figuratively speaking.