Boy did this one start out strangely. Apparently I have played DC Universe Online a few times before — I even have a level 19 hero and level 12 villain — but I don’t remember too much. I do remember the starting tutorial bit because I like making lots of alts in superhero games and that stupid bottle ship sequence has been seared into my brain. I also played on a gamepad that probably wasn’t aligned properly because when I started up the game I was met with gamepad control prompts, a character that was wildly spinning in place, and the need to hold down the left mouse button in order to mitigate both bits of madness and actually navigate the UI.

END_OF_DOCUMENT_TOKEN_TO_BE_REPLACED
So that was my first few minutes in this one. Mercifully, I worked through the strange garbage, righted the ship, and got to work on putting together a new character for this adventure. The polling saw a 50/50 split between Celestial and Gadget powersets, and a toss of the coin saw Gadgets win out. It was here that I sludged through another bit of weirdness: the game’s character creator. Seriously, what sort of monster created this UI? And why are the choices so awful at the interim? Do the developers hate me?

Weirder still is when I had a moment to myself to navigate the options and readjust to controls, I apparently could unlock more costume options that my previous characters earned with one of the game’s currencies. I actually ended up with more choice by getting out of the character creator. What the hell, DCUO? 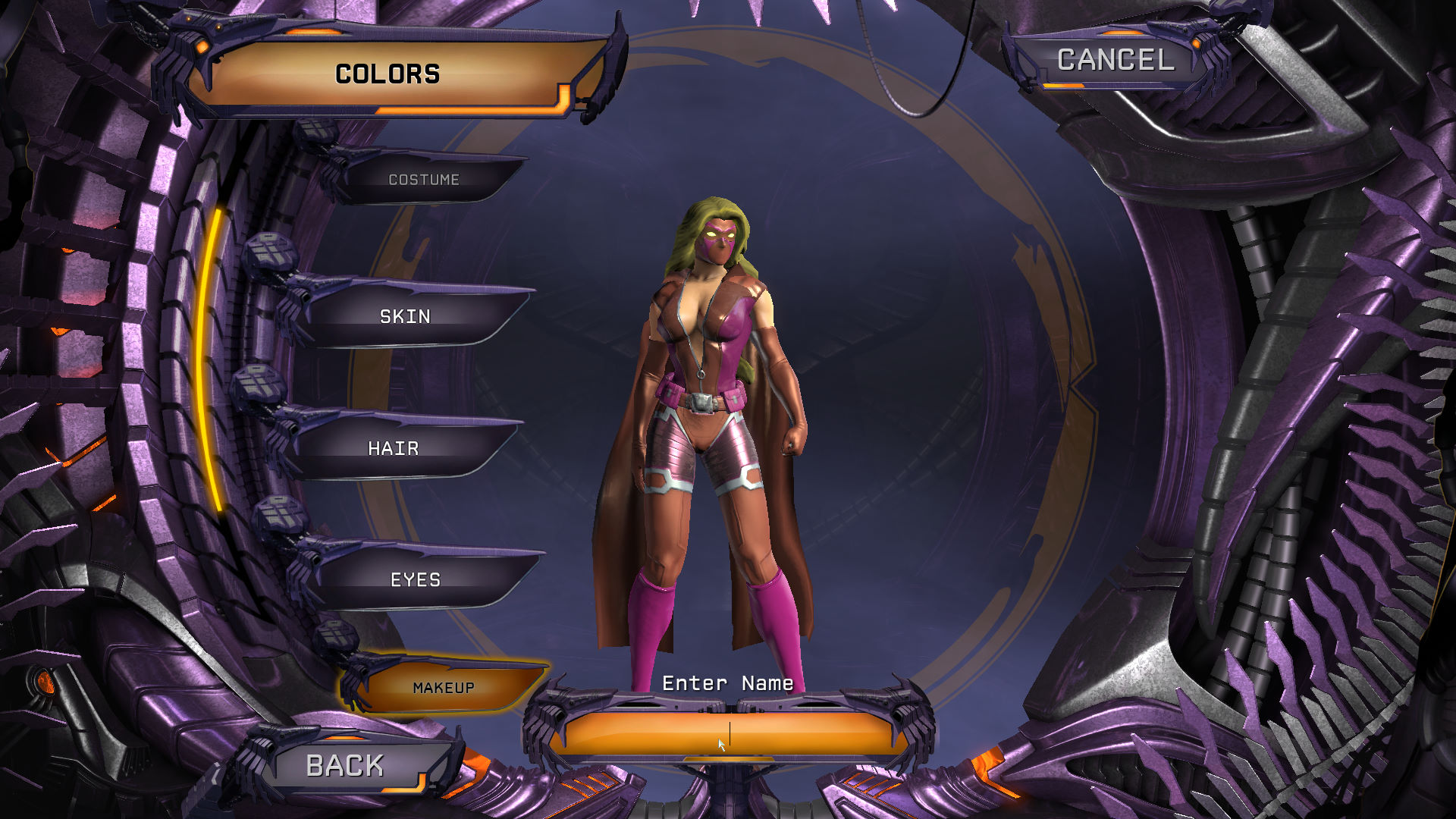 I’m getting a bit ahead of myself here, though. In the interest of fully remembering how this game operates, I elected to go through the damn bottle ship sequence again. This time, though, it was a little bit different, with a whole lot more combat, a lot less being forced to haul boxes around, and a fight against Brainiac alongside members of the Justice League. These were all pretty good touches and got me into DCUO’s combat model.

…which is, once again, very goofy. I remember combat in this game feeling very slippery and loose, like a Magikarp coated in engine grease, and that feeling hasn’t really changed all that much. Combo timing feels sort of weird, block timing never really felt right, and movement overall just feels like everything is on a sheet of ice. At least that was when I was directly engaged in fighting; I went with dual pistols as my weapon (an extension of gadgets was my rationale here) and spent most of my combat time hanging in the back line and holding down the right mouse button to fire my ranged shots. Occasionally I would toss out a gadget, but only the fear gas one — the other gadget I had drew enemies to melee range and I really didn’t want that.

These complaints aside, Gadgets doesn’t feel like a completely awful choice. It sort of reminds me of the Trick Arrow Blaster set I started my life with in CoH, so that felt very much like I was back at home. Also, the shield ability feels kind of like cheating. And while the decision to have more costume creation and customization happen in the regular game instead of at the character creation screen is certainly a choice, it is nice to be able to mold my character’s look the way I want to. 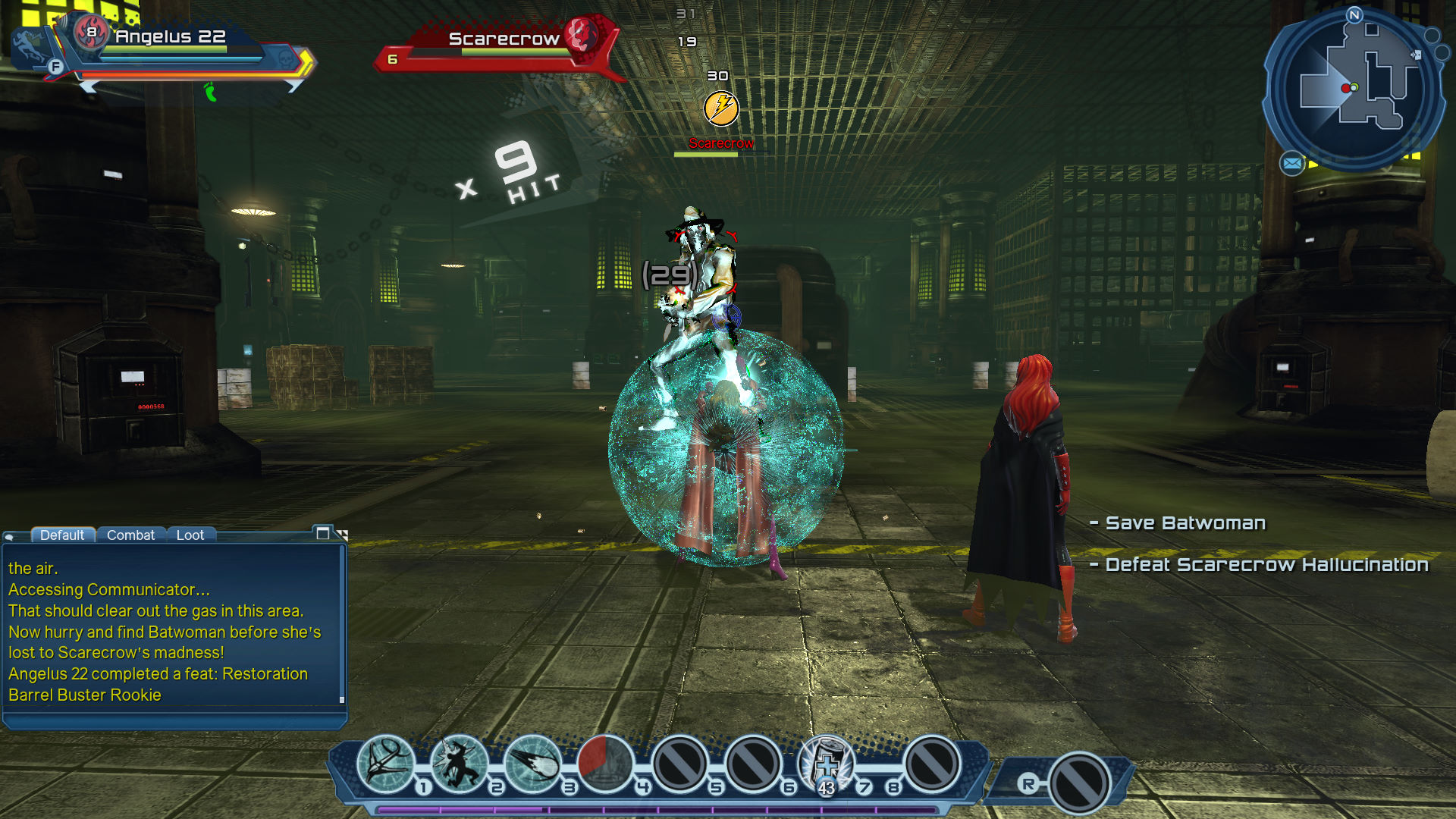 With Batman as my mentor owing to my tech origin, the rest of my time was spent in Gotham City fighting the machinations of Scarecrow and Bane. Over time, I started to unlock more weapon abilities and find enjoyable new combinations of weapon attacks and gadget abilities. I can’t say that combat started to tighten up, but I started to learn how to skate on the ice rink at least. When I hit level 10 and was able to swap to the Controller role, things started to feel a little bit better. I can’t claim to love this game’s combat system, but I am appreciating it a little more.

I don’t know that I’m having fun yet, though. Getting acclimated and finding enjoyment are two different forms of progress, after all. Still, I’m trying to look on the bright side here — progress is being made, both in comfort level and character level. It’s just been a really really goofy start.

At this point, I feel like I’ve hit a couple of crossroads, so that means it’s time to post some polls. First off, I’ve since opened up the ability to dump points into a new weapon style, so I’m curious if fans of this game recommend specializing or branching out. Thus, poll the first:

Should I pour a point or two into a different weapon?

Next up, it’s a question of content focus. A couple of new avenues have opened up here and I’m willing to chase what the readers think should be focused on next. So, poll the second: 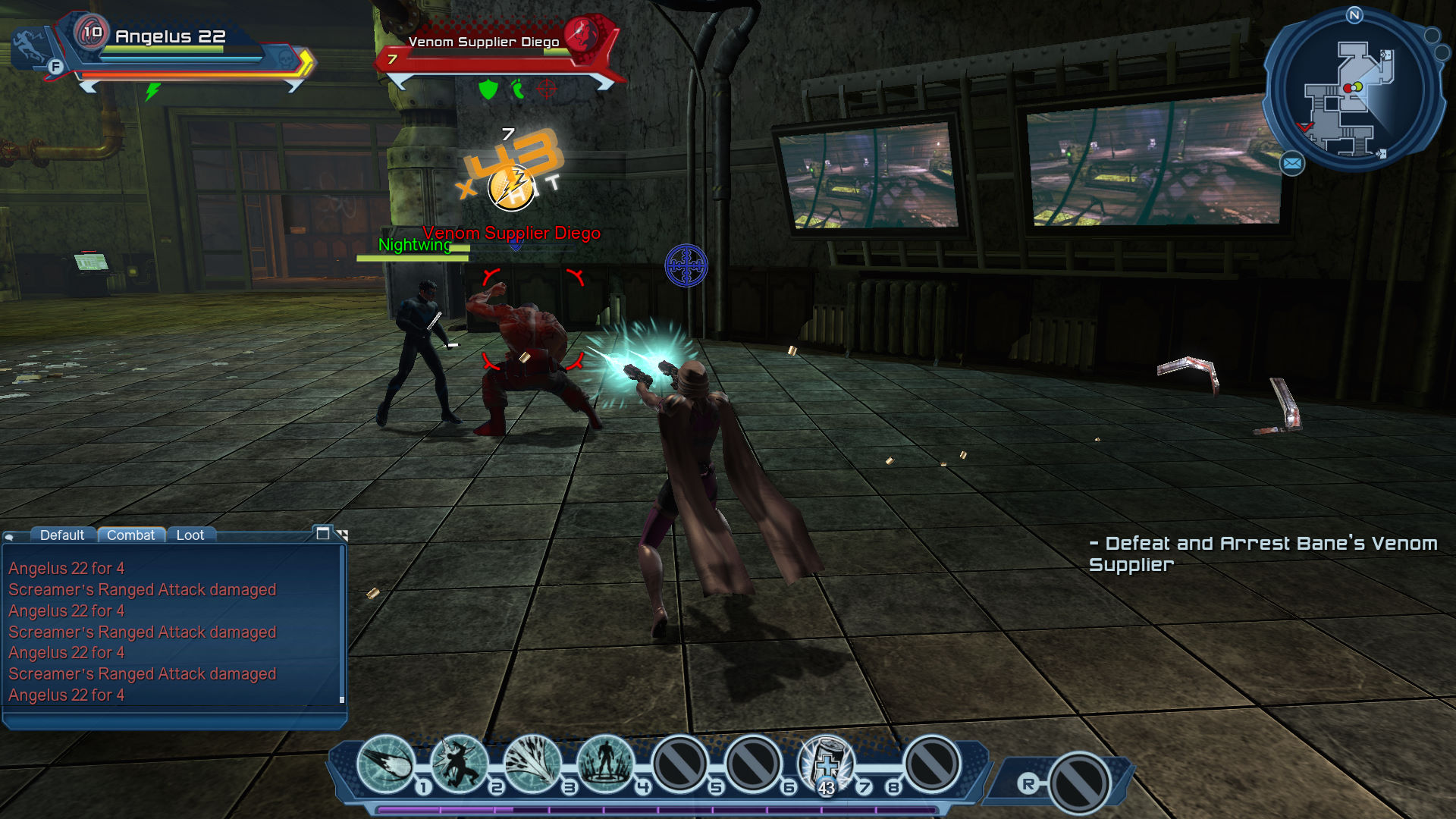 As ever, polling will wrap up this coming Friday, September 17th, at 1:00 p.m. EDT. For now, I’ll put a hold on things as usual and see how polling shakes down. I have to admit that this one has my curiosity but not necessarily my interest. I’ll still see this through to its end, however. One way or the other.