Third verse same as the first. If nothing else, DC Universe Online is consistent in how its leveling game works, though there were a couple of wrinkles that I experienced as I pressed along.

The actual meat and potatoes were still the same: Head to either Gotham or Metropolis, speak with an NPC, dash to open areas, then to an instanced mission, then run back to the place I started. It’s all rather routine, but not a terrible one, especially since the comms you get from the hero leading me along by the nose fills in the space between dashing around. 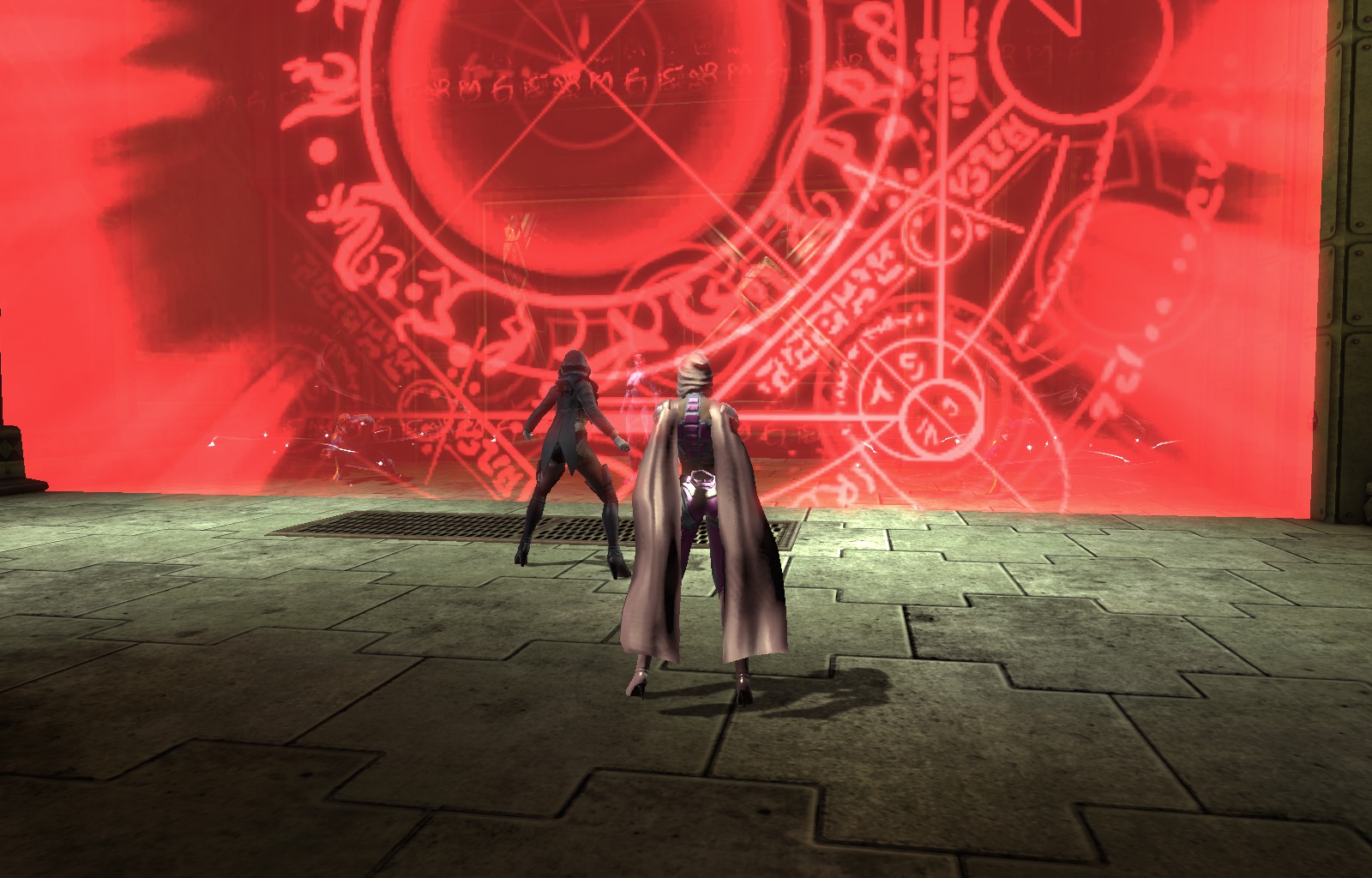 The major difference was in the combat. My moves haven’t really changed despite some new levels and at least a couple of powers being earned (and not slotted), but the way I had to use those moves has been changed a bit. The enemies are getting a little more tactical now, and I’m required to use my brain just a bit more instead of just hitting the combos I feel like hitting for the sake of variety.

Certain attacks were needed in order to combat whether someone was at range or blocking more and more. I found myself being surrounded an awful lot more, meaning my big conal combo was seeing some heavier use. Also, I was beginning to sort out how best to use my stealth ability – for a little while I was managing to get it off mid-fight long enough to use my one-shot ability on the toughest enemy in the crowd, but eventually I started using it as an opener, dropping a bit explosive mine in the middle of a bunch of foes and blowing it up as part of an alpha strike.

A lot of that sounds kind of entertaining, doesn’t it? And don’t get me wrong, it has been. But the continued problem of not feeling like I’m powering up a whole lot started to make things feel like a slog. On top of that, though the tactics I needed to use started to make more sense as I went along, I still can’t really get over how weird DCUO’s combat feels overall despite being acclimated to it. It’s a lot like getting used to being set on fire by mere dint of the fact that you’re in Hell.

OK, maybe that comparison is a bit overdramatic, but the point still stands. 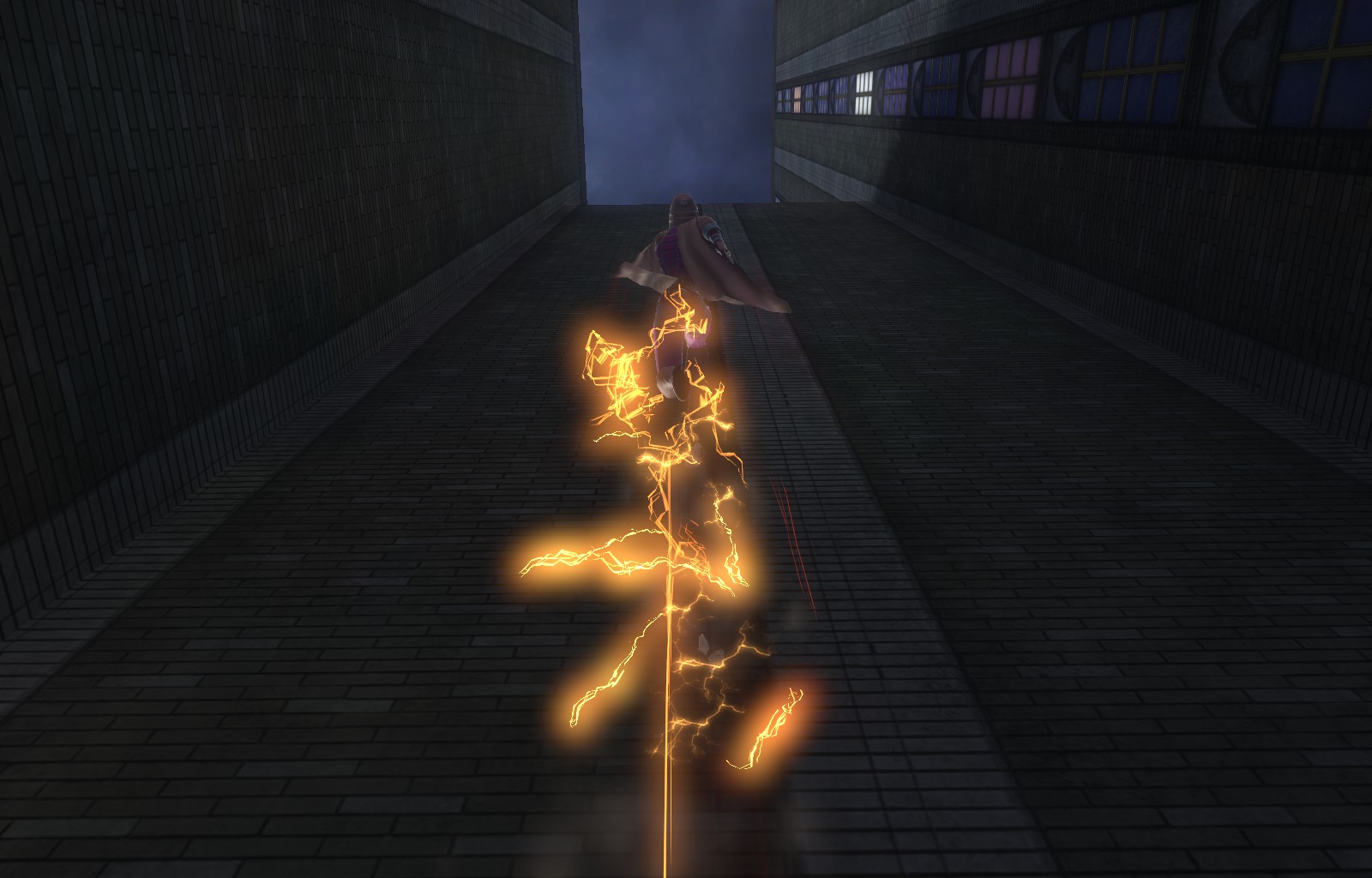 There once would’ve been a point when DCUO would get a solid recommendation from me as a superhero MMO choice. Champions Online is not particularly good, Marvel Heroes is kaput, and the CoH legacy games are long in their arrival by most accounts. This really kind of makes DCUO the McDonald’s of superhero MMOs purely because there’s no mom-‘n’- pop burger joint in town. However, now that City of Heroes is so readily playable – and without any severe meddling from NC – I really can’t think of a good reason to play DCUO.

It’s not a bad MMO, necessarily, it’s just a bad superhero MMO. I don’t have a deep and abiding affection to the DC superheroes, so that’s probably coloring a lot of my feelings here, but I also don’t feel like this one is as tightly knitted as CoH is. Discounting the combat for a moment, the game’s visuals feel kind of weird, its animations feel kind of stiff and stilted like everyone is an arthritic martial artist, and the progression just, after a certain point, sucks; all I really can do at this point is to use any skill points I earn from levels to incrementally improve some of my powers and hope that missions give me rewards that improve my stats. 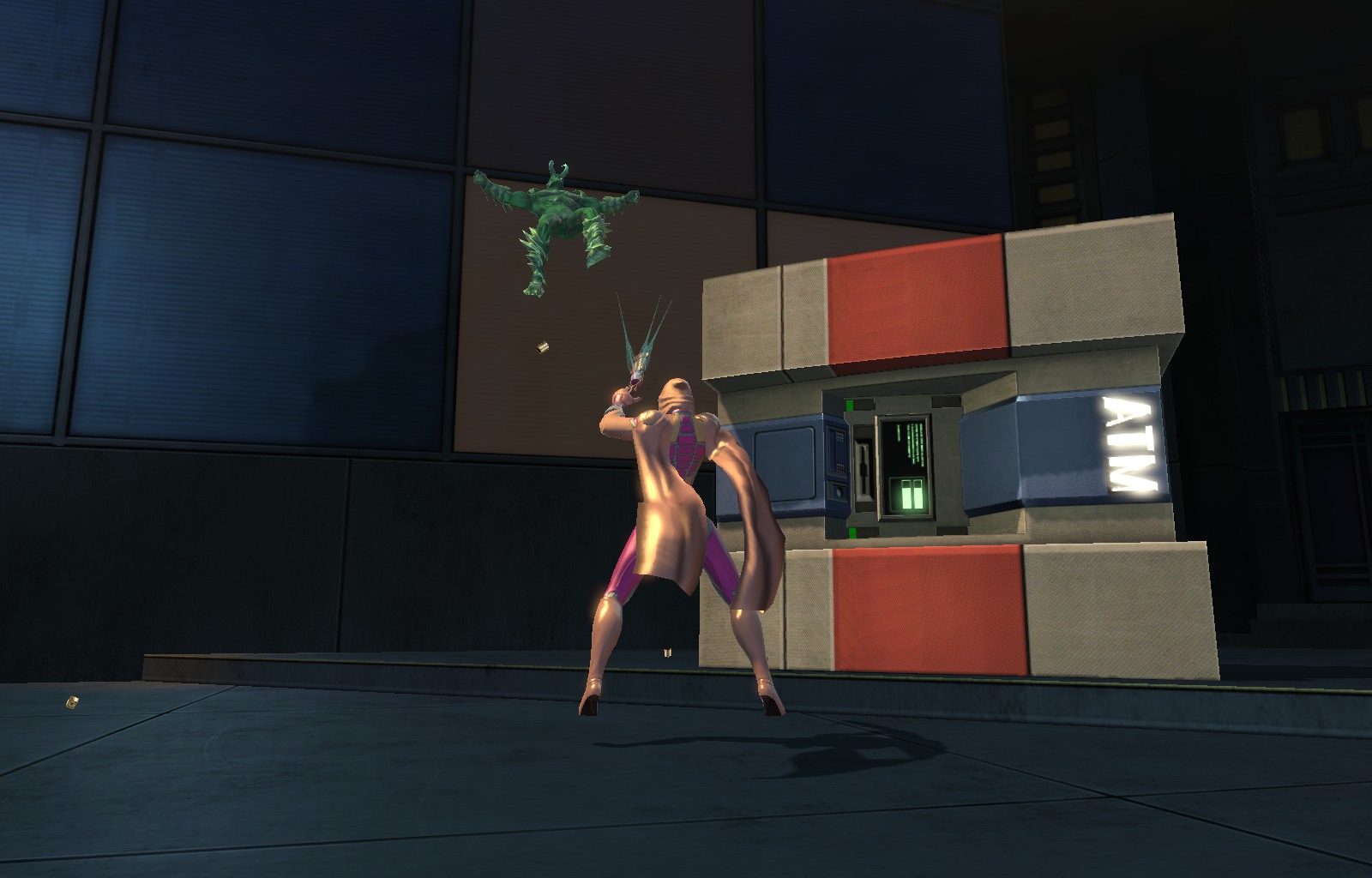 I have a feeling that if this game were devoid of its IP, it would not be holding up quite so sternly as it is. And clearly it has its fans, seeing as it’s been around for as long as it has been. Also, to Dimensional Ink’s credit, it is being regularly supported and updated, and the DC property most certainly is all in on the game in terms of support as near as I can tell. I just don’t really know that it’s because the game is good so much as the only superhero game left in town.

And if you don’t care about the DC IP, it isn’t the only game in town. CoH: Homecoming is right there. It is playable and free and really, really good. I guess I’m just diametrically opposed to DCUO being a thing, especially as a CoH vet. I’d rather play that instead. Or I’d rather play some new superheroic thing instead. Maybe a CoH 2. Maybe some other game that isn’t linked to a major IP; much as I prefer Marvel, I really would rather not play a Marvel version of DCUO. Unless the people who make its combat and leveling systems and progression systems don’t parrot DCUO.

But that’s enough bagging on this one, I think. It’s time to press forward, and this time we’re heading into Lord of the Rings Online for next month’s adventure. I have to say, the timing of this one couldn’t have been better since SSG decided to hand out a bunch of quests for free, so ideally there’s lots of content for us to dig in to in this coming month’s journey. First, however, will be the question of what class to select. Race will be my choice (and be determined by class as well, naturally), so that means there’s just the one poll this week.

What class should I start off with in LOTRO? 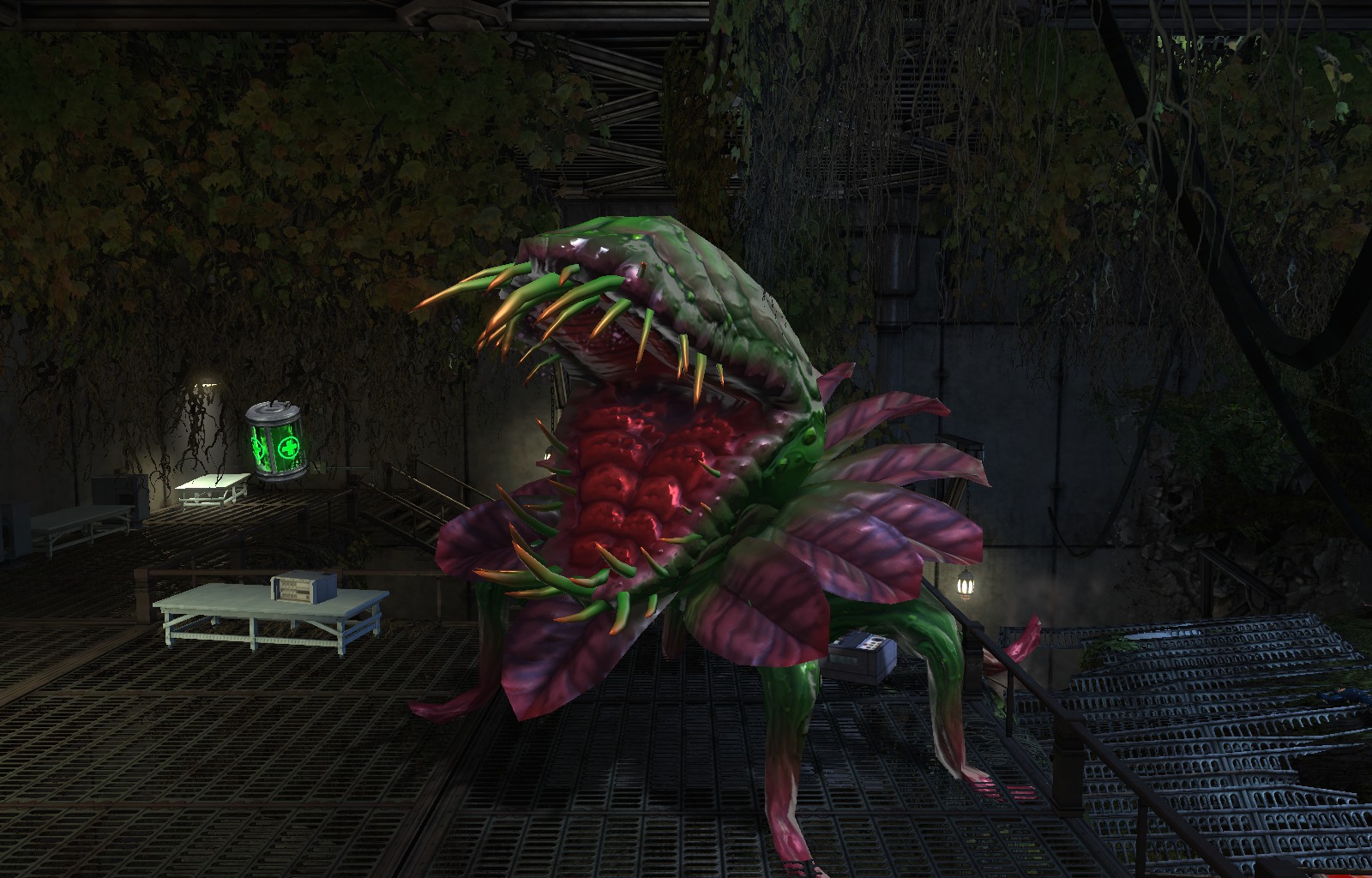 As usual, polling will be wrapped up at 1:00 p.m. EDT on Friday, October 1st. Meanwhile, I’m going to get busy wiping DCUO off of my hard drive. Sorry, folks, but this one’s not my cup of tea.